You are here: Home / Homestead Updates / 2014 Monthly Updates / Around the Farm and Garden – September 2014 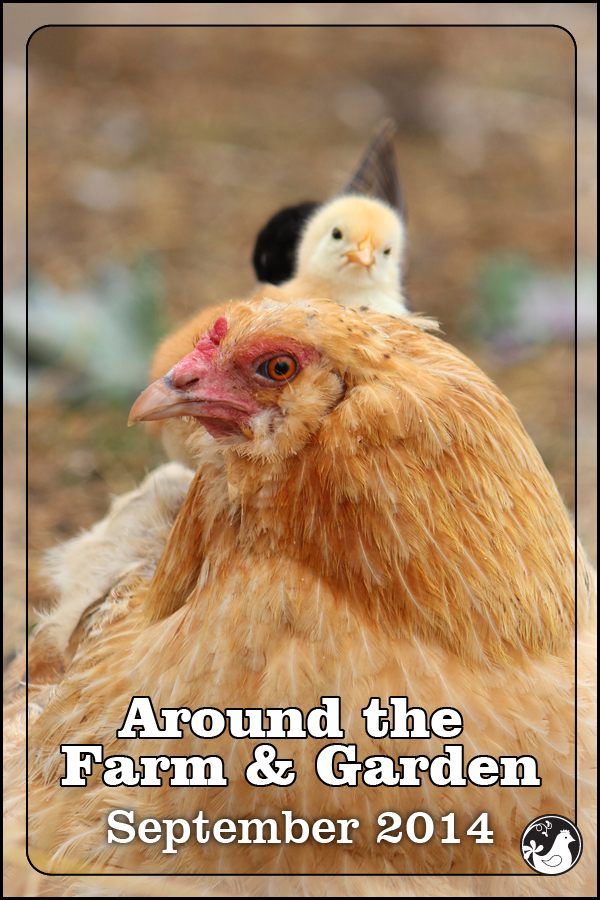 Many of the summer perennials are past their prime & I’ve cut back a bunch of them. I do always leave some, though, for birds who enjoy the seeds. Click here to see flowers that were actually blooming on September’s Bloom Day. 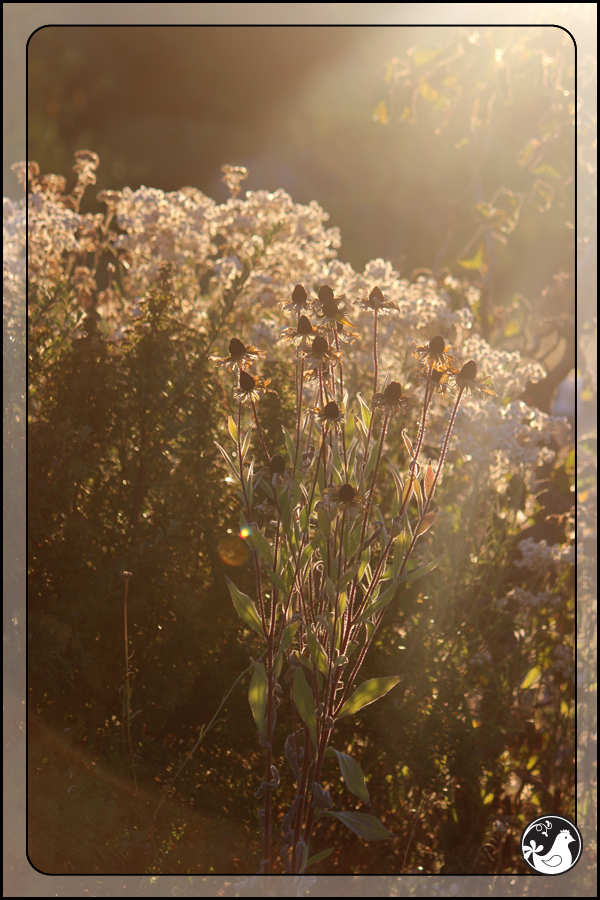 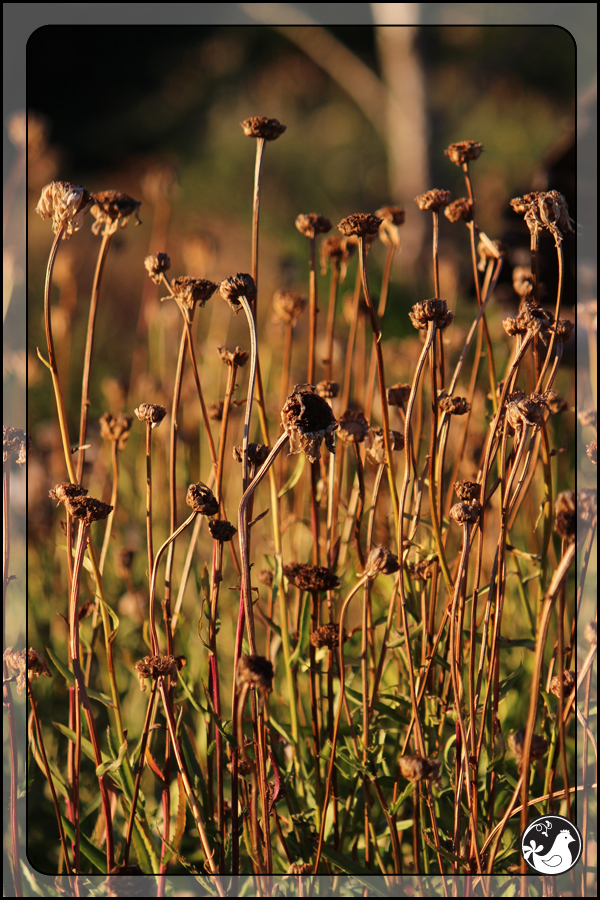 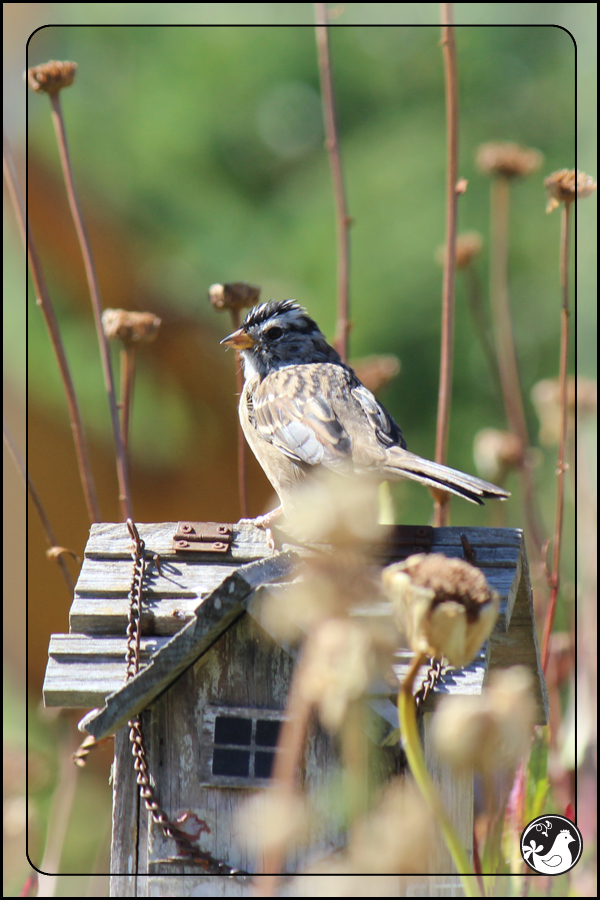 At the end of summer last year I painted signs on recycled pallet wood & made hypertufa mushrooms & planters. They’ve sat in our garage ever since. Recently, though, I painted the hypertufa & placed most of them in the flowerbeds. 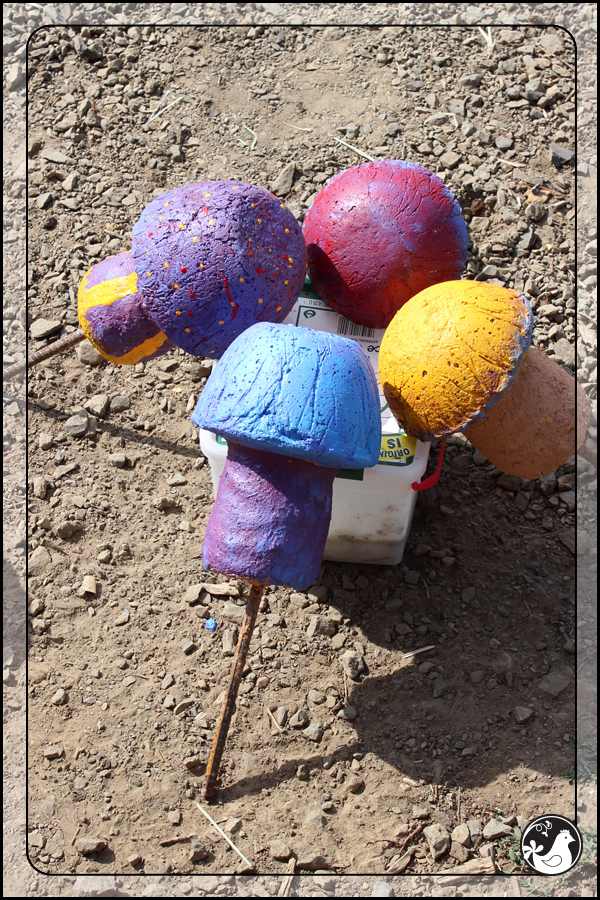 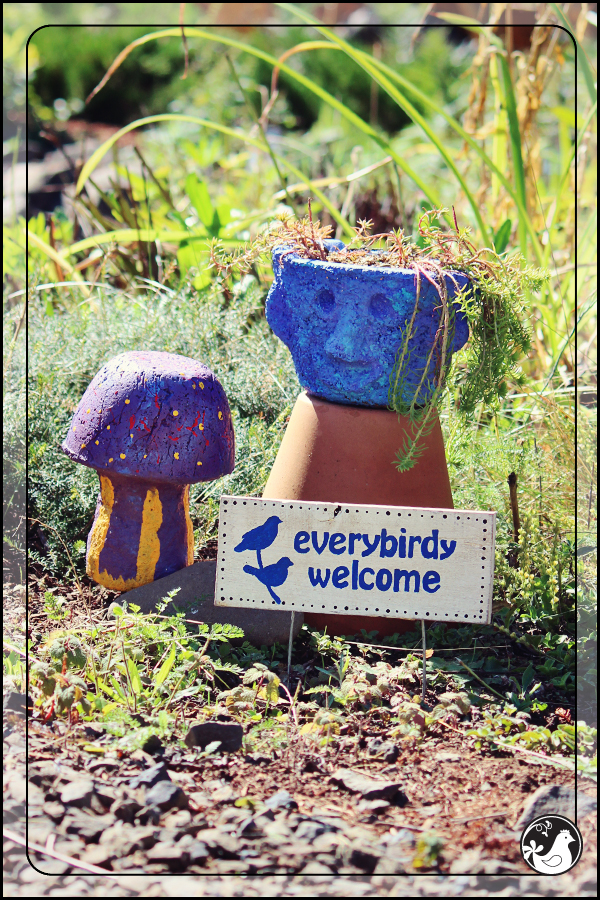 We have two tanks of Tilapia. 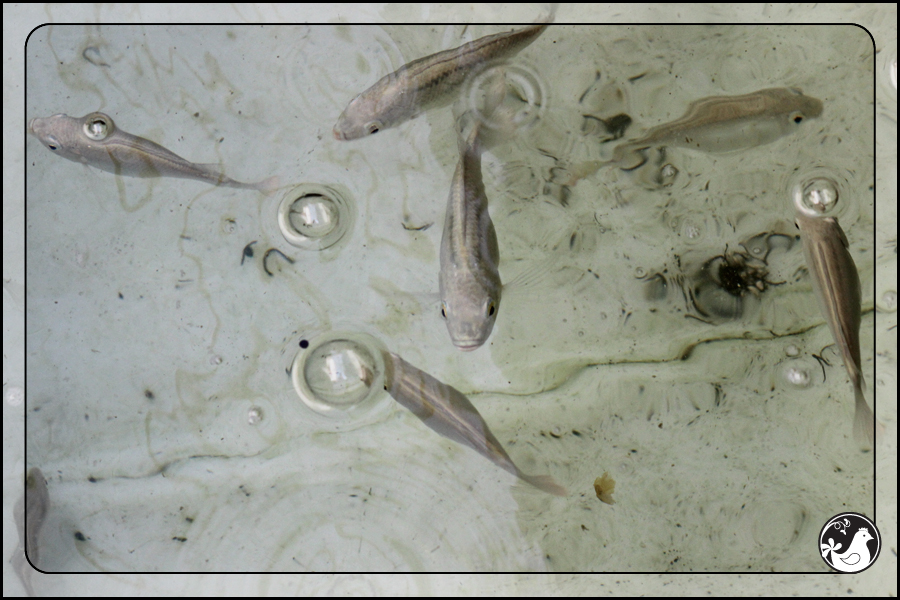 I moved the geraniums into a garden bed that is part of the aquaponics system. I’m hoping they will survive the winter in here & next spring I can move them back outside. Update: click here to see how the geraniums thrived over the winter.

The way the garden beds work is that water fills up the bed then it all drains to a lower tank. Then it refills, then drains, and the cycle continues on and on. 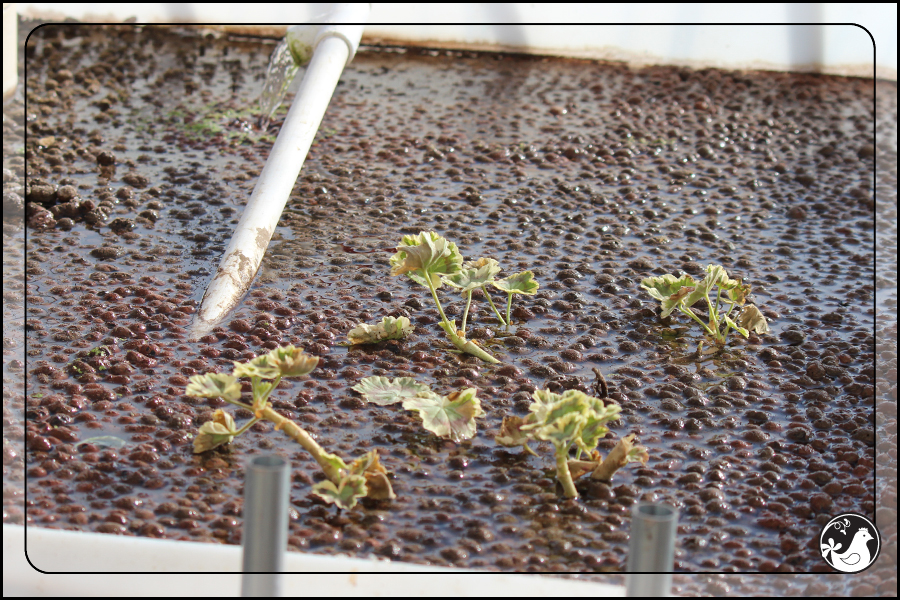 One morning our neighbor called and said one of our ducks was in their yard quacking away. Weird. Our ducks have never wandered that far. However, it is the same neighbor that called us to say our Mama Turkey and babies were in their yard. Oops. They may be getting a little tired of our wandering poultry.

While looking for the ducks in our yard, I found a couple piles of horse poop & horse shoe prints all over. We don’t have horses.

Some other neighbors have horses, but they’ve never come to our house before.

The mystery still remains as to why a horse wandered to our house & why our ducks wandered to the neighbors. 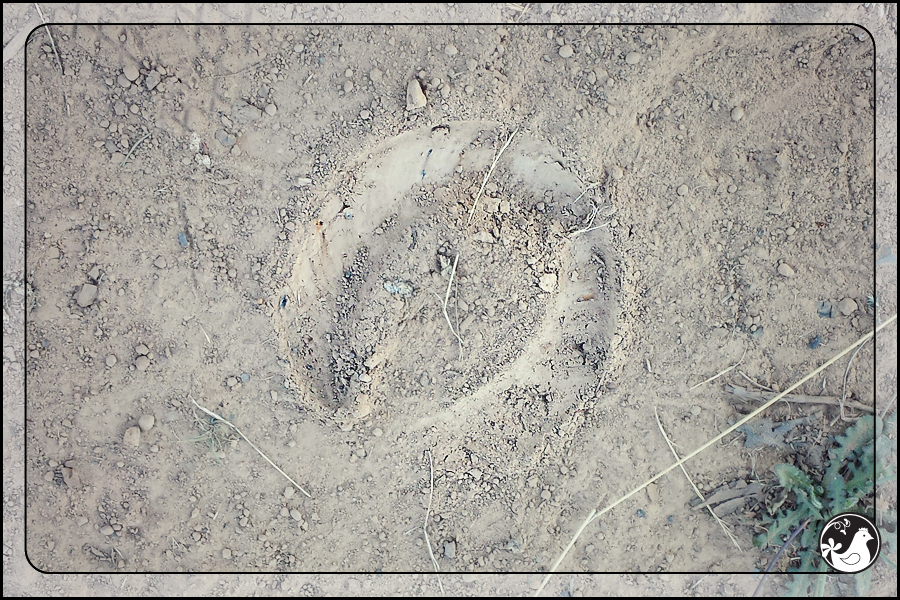 After looking for, but not finding, the ducks at our house, Farmer John went to the neighbors. The ducks weren’t there by the time he arrived, though. A little while later, as I was driving down our driveway, I saw a duck waddling her way back home. But, only one duck. I have no idea where the other duck was. Two day later, though, she was back home. So miraculously, after whatever shenanigans they were up to, both ducks made it home safely. 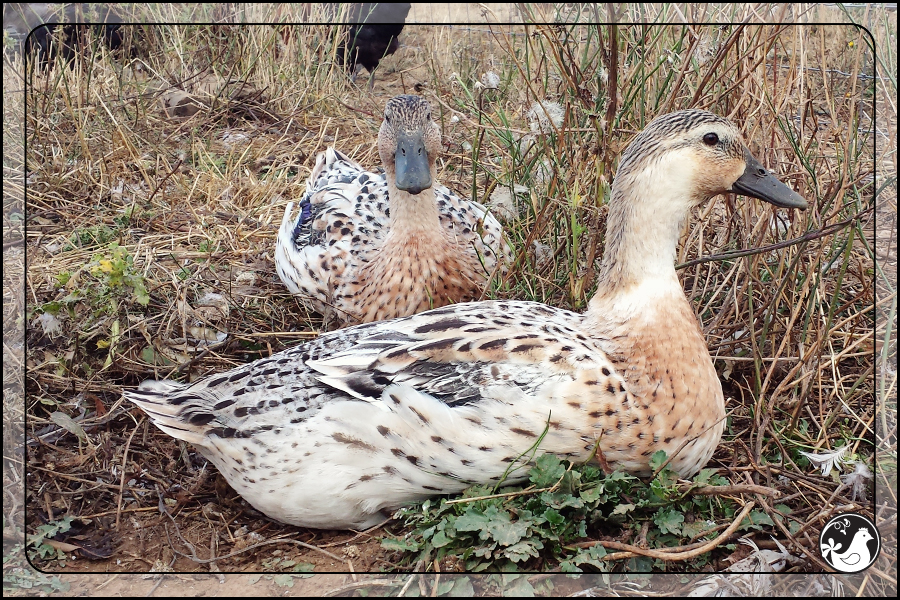 The chickens love this spot. I don’t love that they love this spot, though. It’s one of my flowerbeds. Chickens aren’t easy on flowerbeds. I’m sure they like it here, though, because it’s shady in the warm afternoon sun. 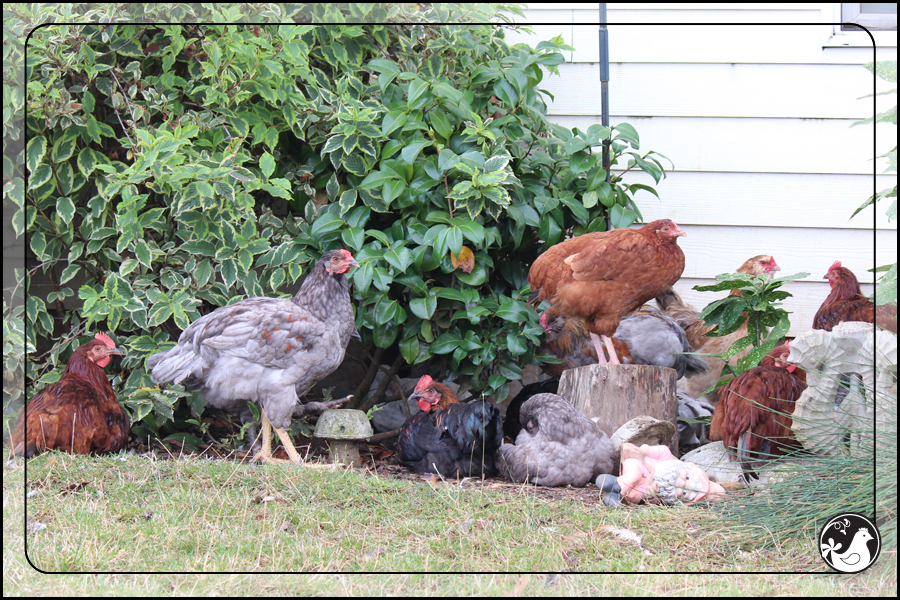 They knock over, stand on & poop on Mr. Gnome. 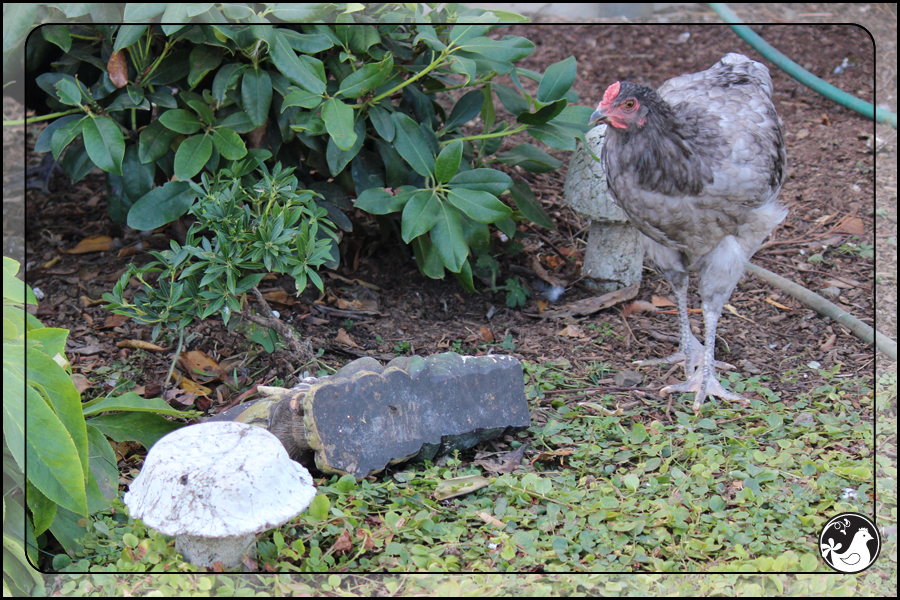 They knock the top off the bird bath, kick over mushrooms & removed this gnome from his spot on the stump. I’ve given up putting my decor back because they just knock it over again. Some how they’ve even managed to put the gnome “in the corner.” 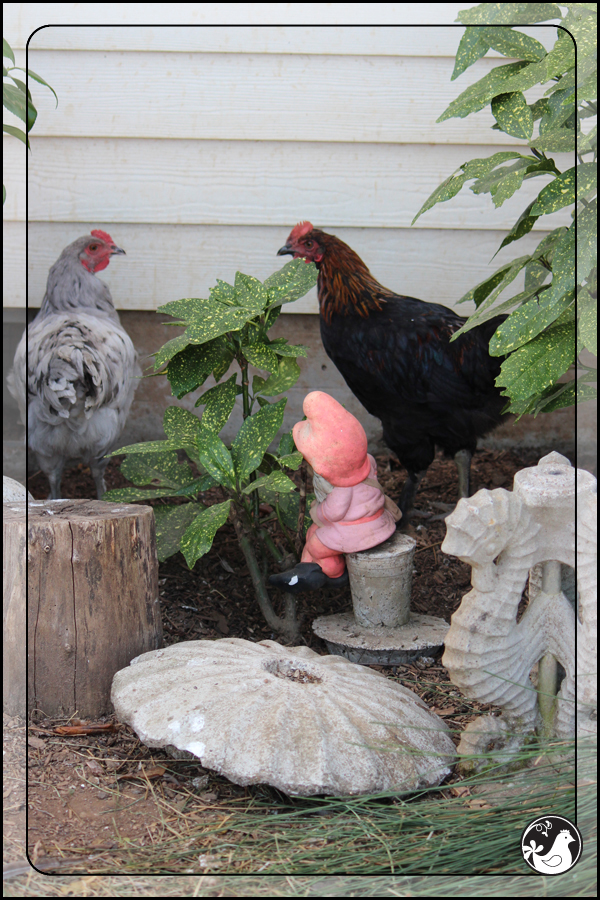 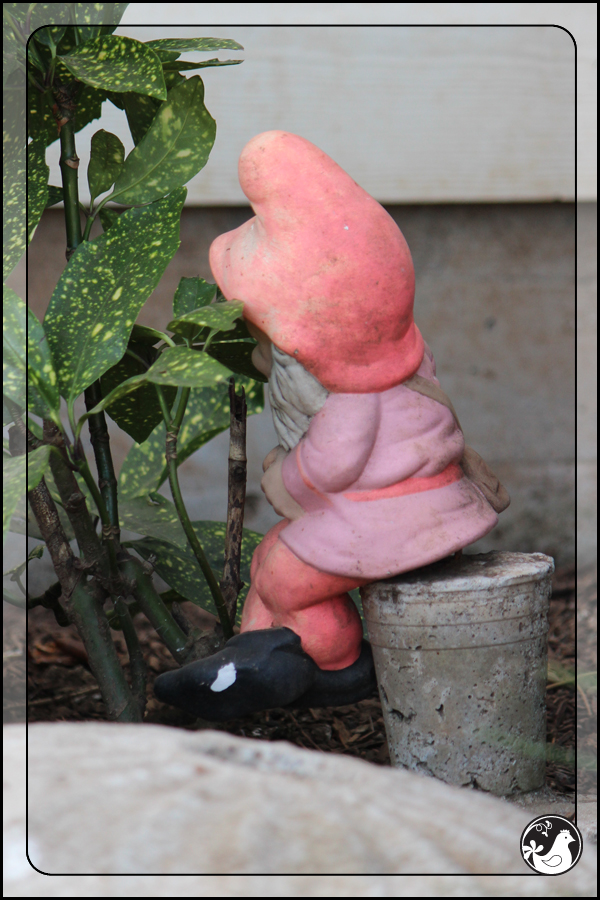 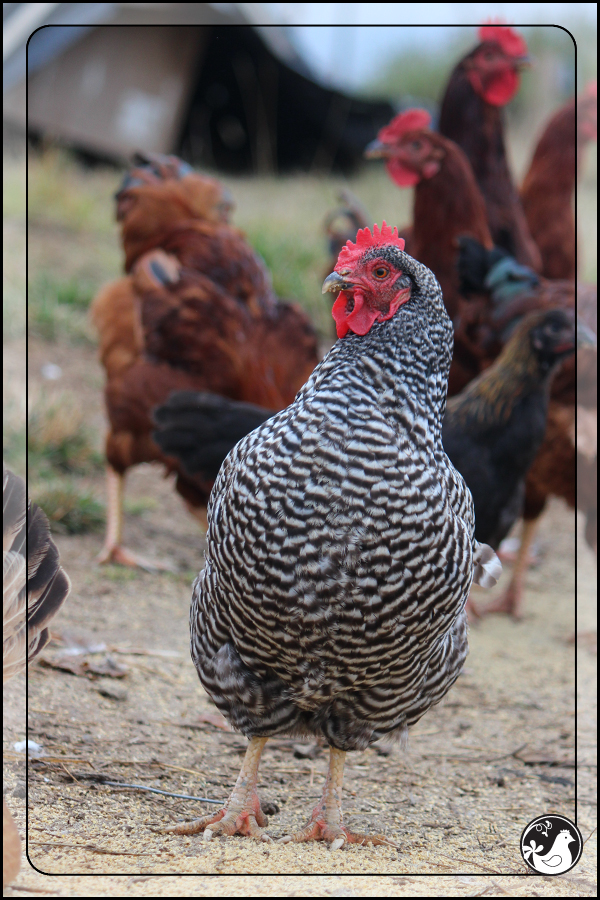 In the last week we’ve had a number of new mama hens. 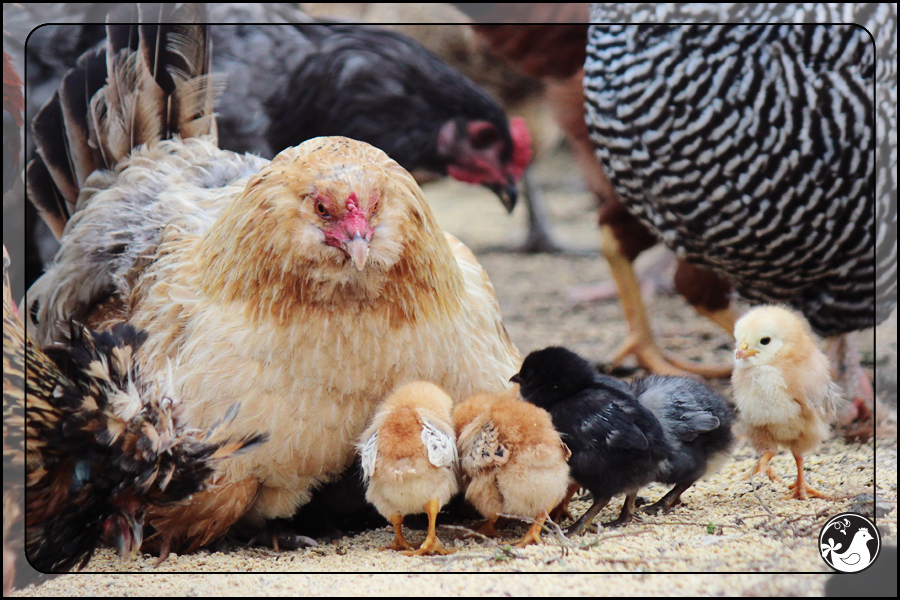 I’m not sure how this poor little black one went flying so high, but it is slightly amusing. The chicks like to use mama as their own personal jungle gym and climb over her. I’m guessing mama must have given a shake to launch this one so far.

Since we’ve lived here the Canadian thistle have proven to be our biggest weed problem. It thrills me (a lot) to know the goats do eat them. 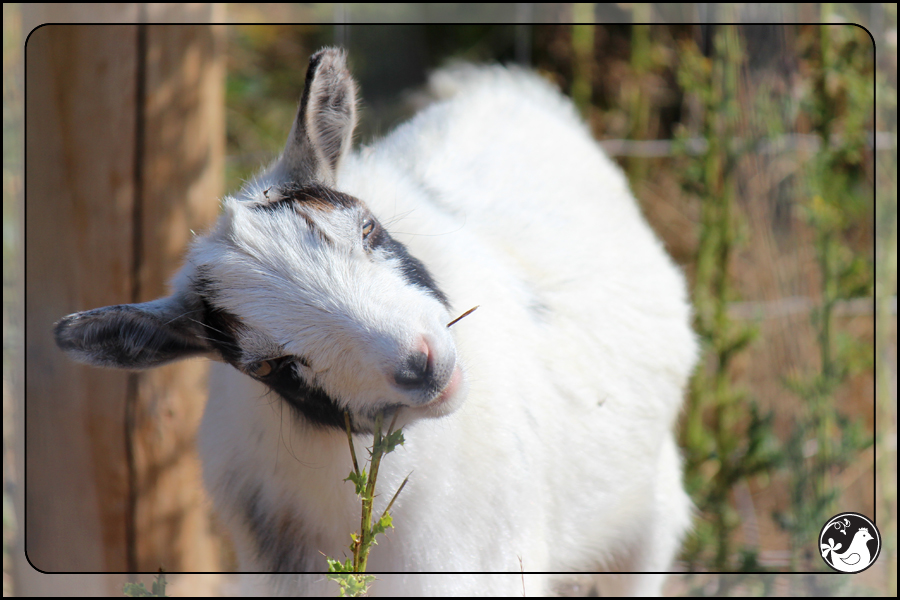 Deer in the garden area that is of course not inside the deer fence. Smart, smart deer. 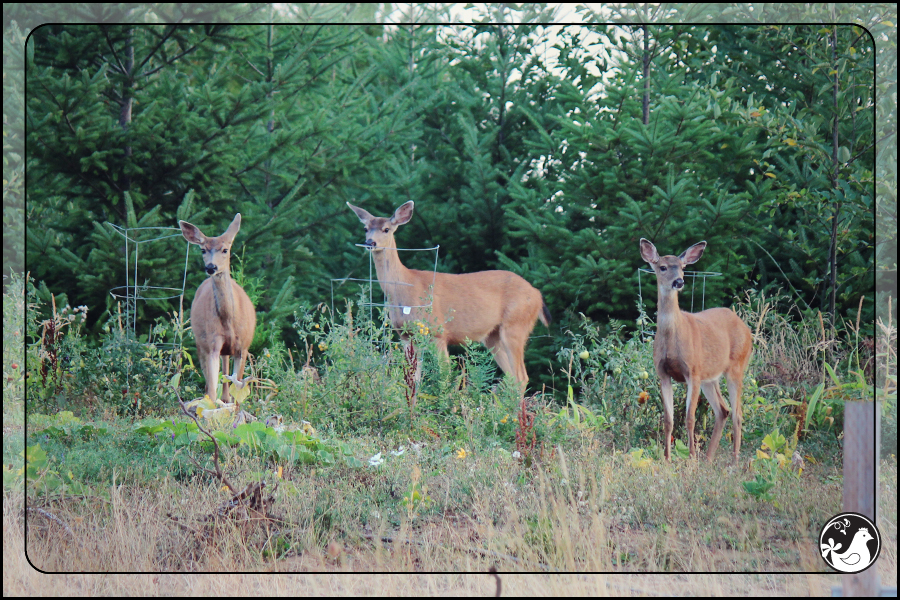 The last little while the kids have been watching tadpoles in a barrel. The water has all evaporated & recently we spotted a bunch of tiny frogs. Fun! 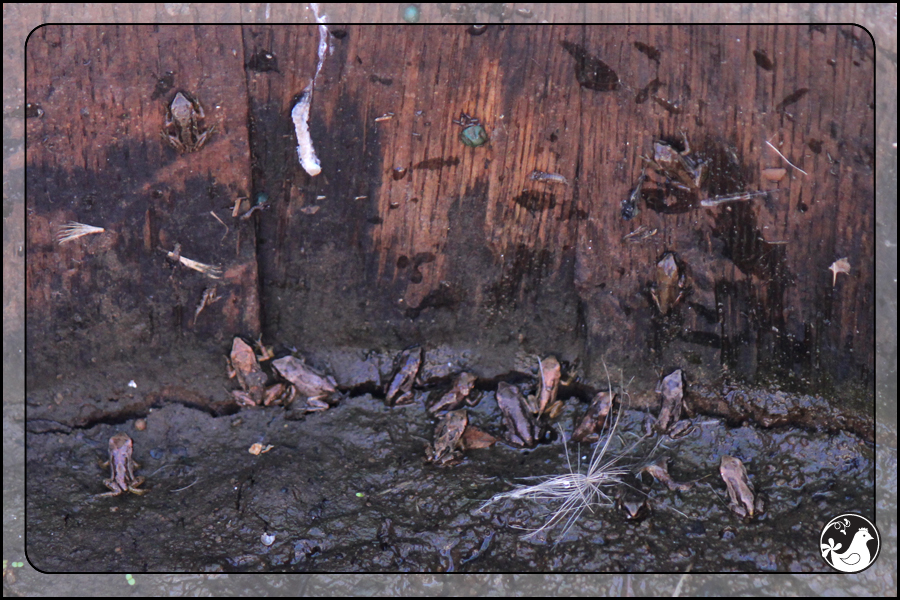 A bat has decided Farmer John’s man shack is a nice place to rest at night. I thought they flew around at night searching for bugs.? Not this one. 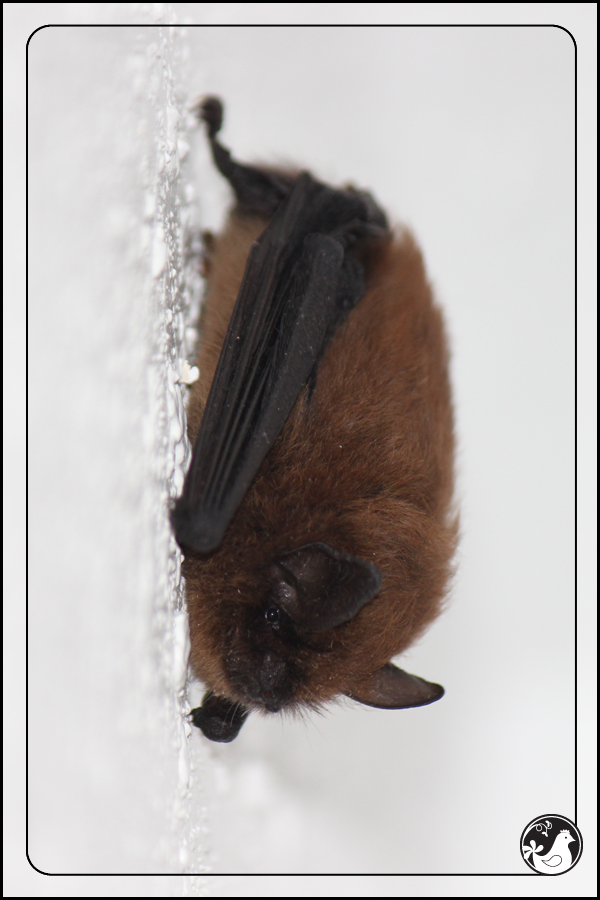 Farm Kid1, our oldest son, has been wanting a laptop for awhile. Well, I’m not going to buy him one. So, he’s decided to earn the money for one. Farmer John & him came up with the idea to raise a couple pigs and sell them to friends & family that want homegrown pork. Now we have two pigs. 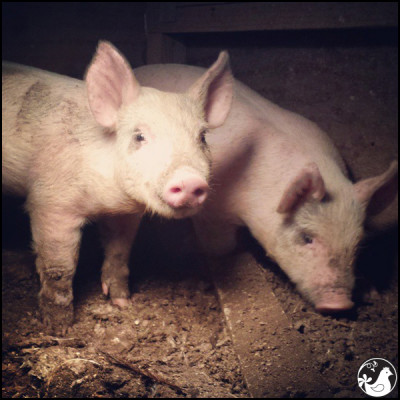