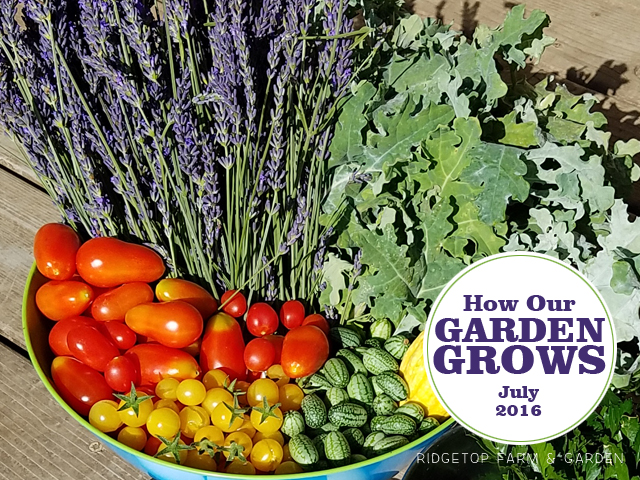 The summer harvest season is here. All the time and effort is paying off in delicious ways.

Squash. That pretty much sums up what we’re getting from the main garden right now. 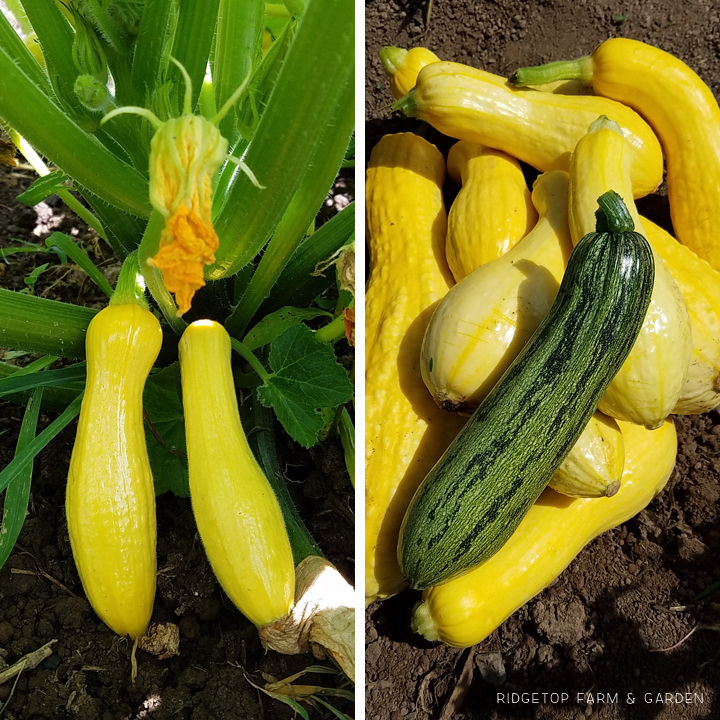 In a separate bed, but still in the main garden, are more squash & pumpkins. I planted these later than the first batch, but I think we’ll still get to harvest them before the first frost. 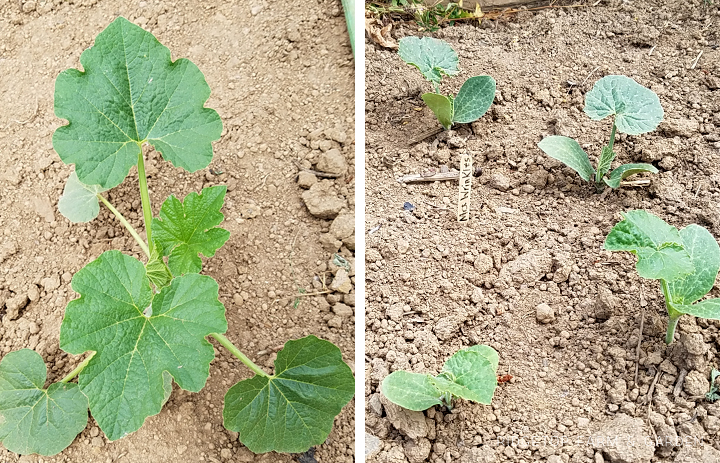 There is a handful of other things in varying stages in the garden, as well. 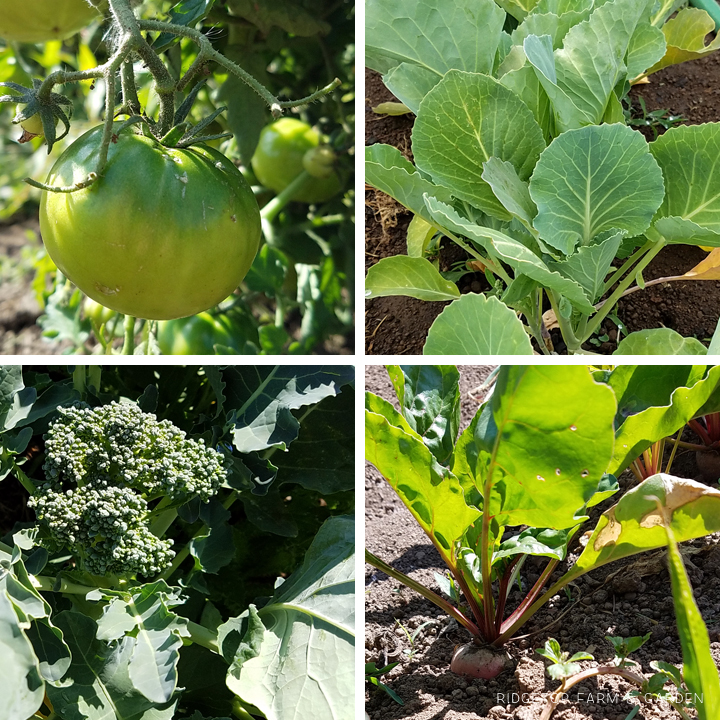 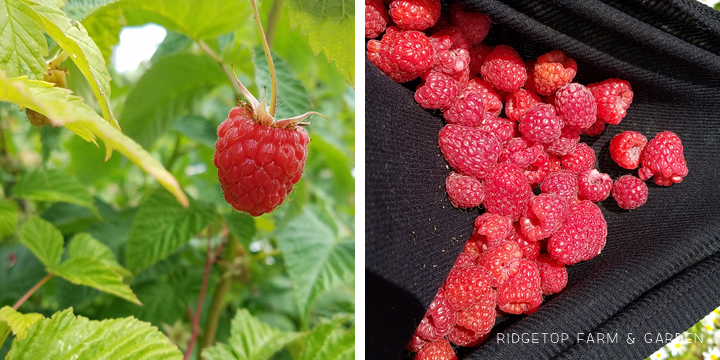 The plums were green at the beginning of July. But, now almost a month later they are ripe and delicious. 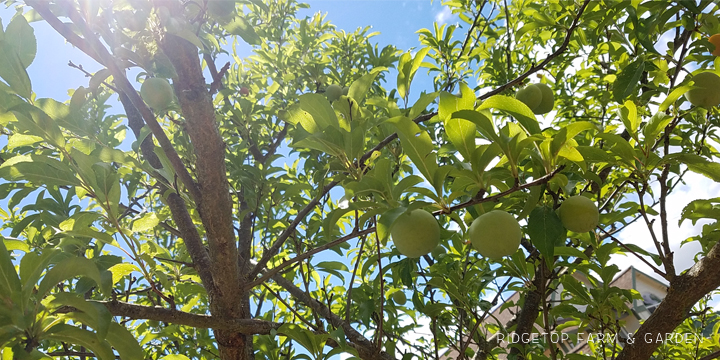 We have one apple tree that is so full of apples the tree can’t support them. I will happily take this problem. Our fruit trees, in general, have not done well over the years. I’m thrilled we will have more than one or two apples to munch on. 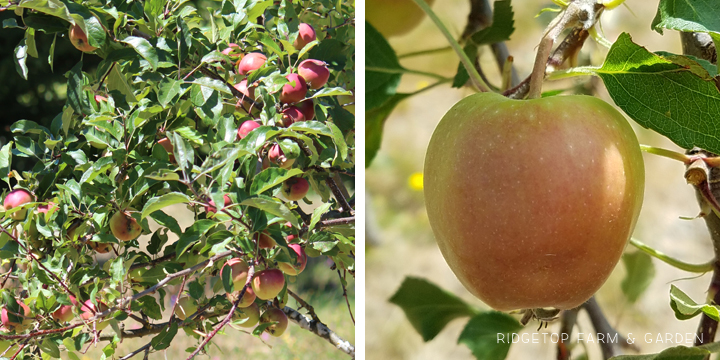 The tomatoes, Mexican sour gherkins, and Asian eggplants have gone bonkers in the greenhouse. 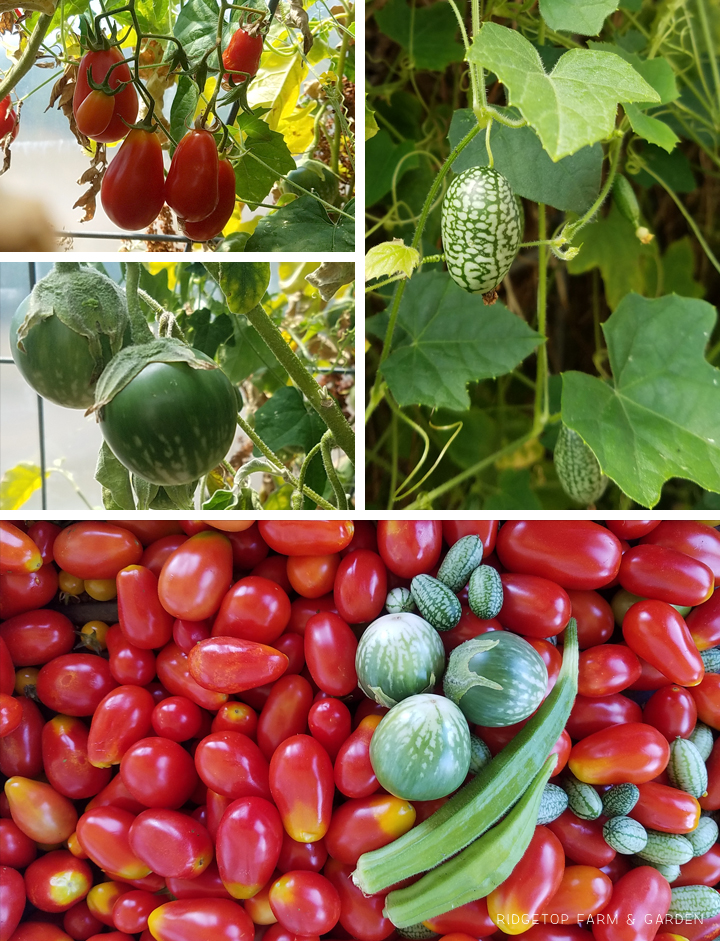 Much of last year’s sage in the main garden has already grown, flowered, and gone to seed. Farm Kid2 collected some of the seed. 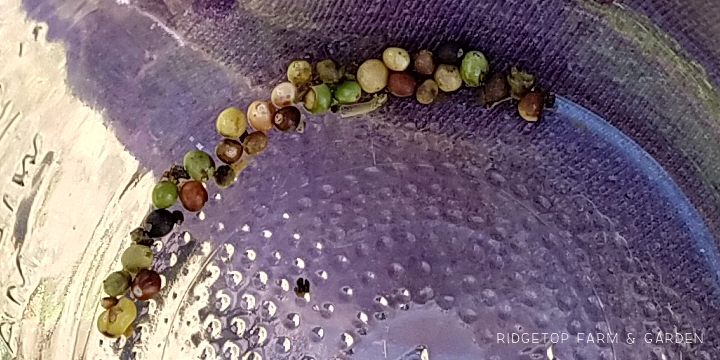 The herb barrels are doing well. The parsley, especially, is growing almost faster than I can harvest and use or preserve. I didn’t tend to the cilantro well enough and much of it has flowered and gone to seed. So, I planted more and will hopefully stay more on top of harvesting it. I also planted more basil, since much of the basil didn’t transplant well. 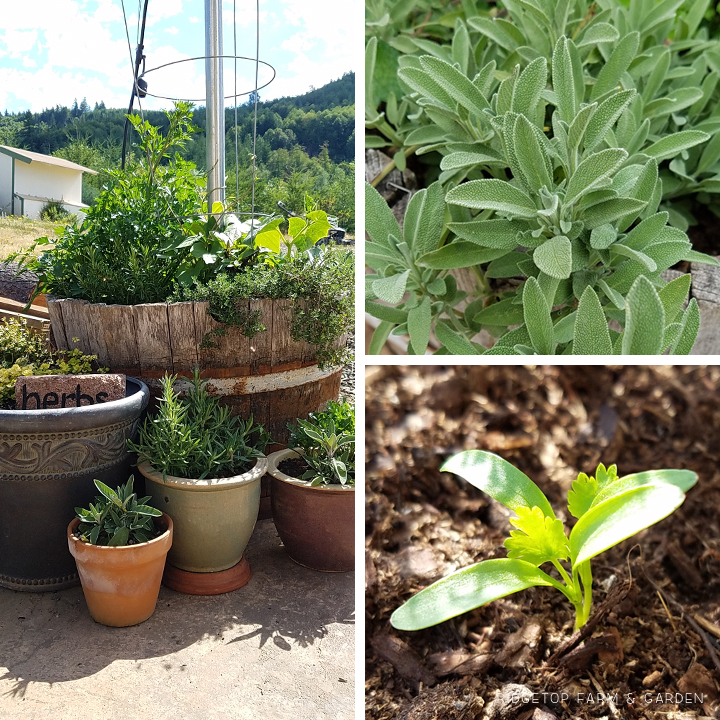 I have never grown tarragon until now. I’ve decided I’m not a huge fan of the flavor. But, I do love its flowers. 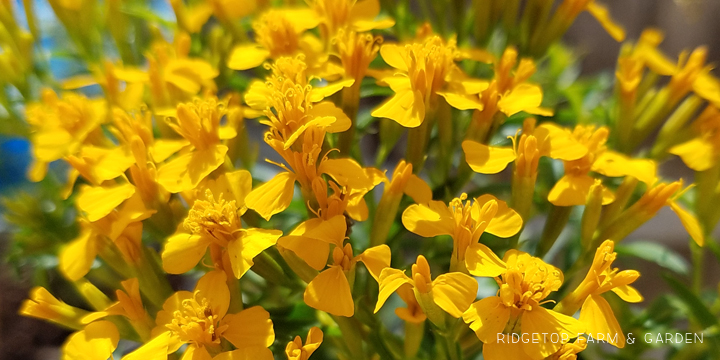 In the herb barrels are also a couple non-herbs – tomatoes and peppers. At this time, the best growing pepper is called Ancho Tiburon. 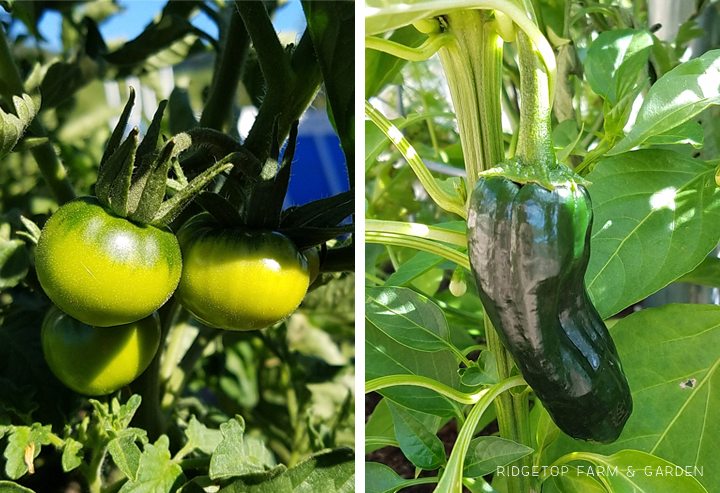 Bounty in these pics:
Lavender – Harvested. Hung to dry. And now placed in a jar waiting to become sachets or soap.
Red Tomatoes – Turned into marinara with onions from the garden and herbs from the patio herb barrels.
Yellow Cherry Tomatoes – Just for snacking
Mexican Sour Gherkins – Also, for snacking
Kale – Let’s be honest. I’m not a fan of kale. I fed it to the chickens. In exchange I collected their beautiful, scrumptious eggs.
Raspberries – Devoured
Parsley – This batch was used in potato salad and the rest was frozen in oil to use at another time.
Squash/Zucchini – The majority of the squash has been blanched and frozen. The larger one were given to the chickens. And, some were made into zoodles.
Calendula – Picked. Dried. Now sitting in grape seed oil. Later I will transform the calendula/grape seed oil into a salve. 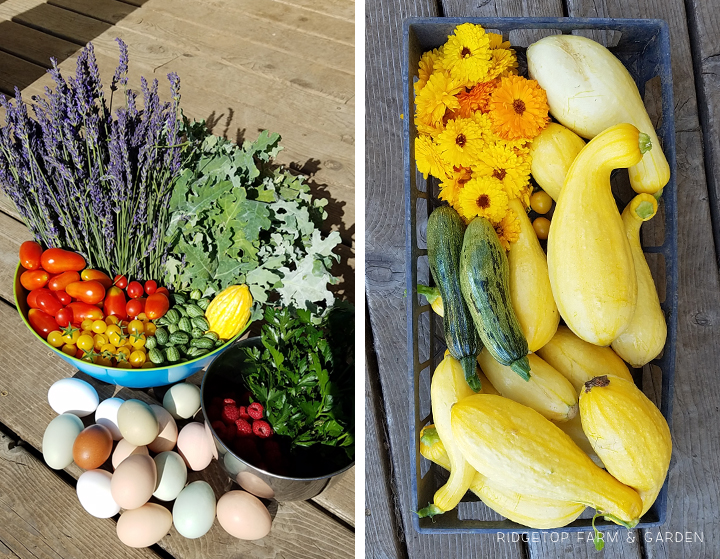 What fresh items are you harvesting?