You are here: Home / Farm Animals / Chickens / Our Chicken Huts 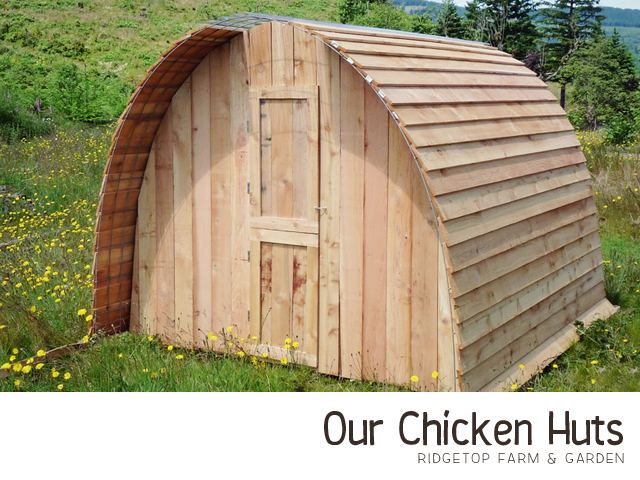 A couple years ago we got turkeys & Farmer John built them a shelter, which we referred to as the Turkey Hut. We no longer have turkeys, but the hut worked well for chickens. So well that Farmer John built a second hut just for the chickens. 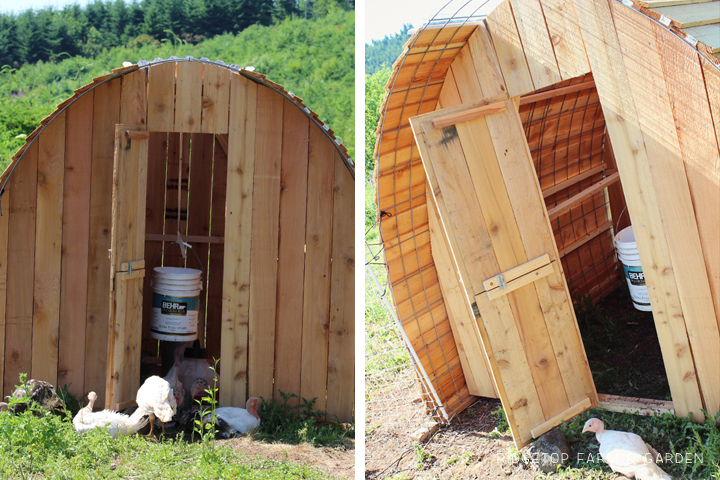 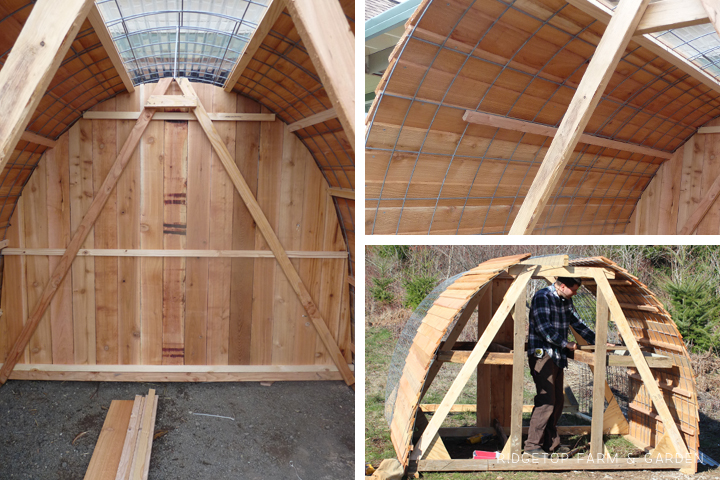 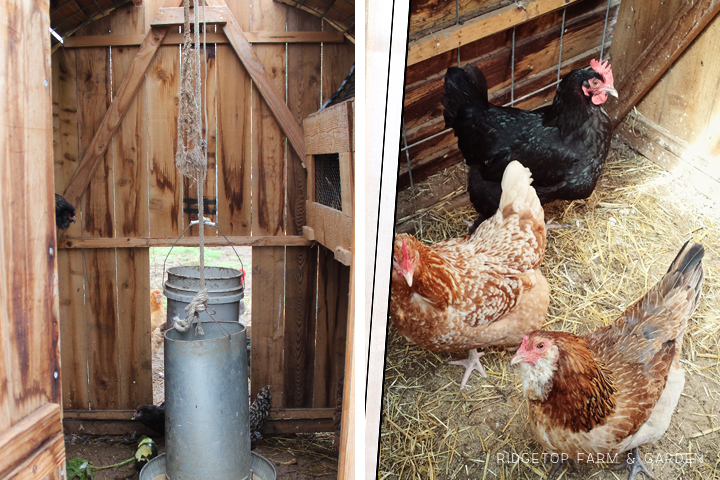 Left: Food & water containers hang from the ceiling. Right: No built in floor. It’s a simple dirt floor. We’ve had absolutely no problem with it. 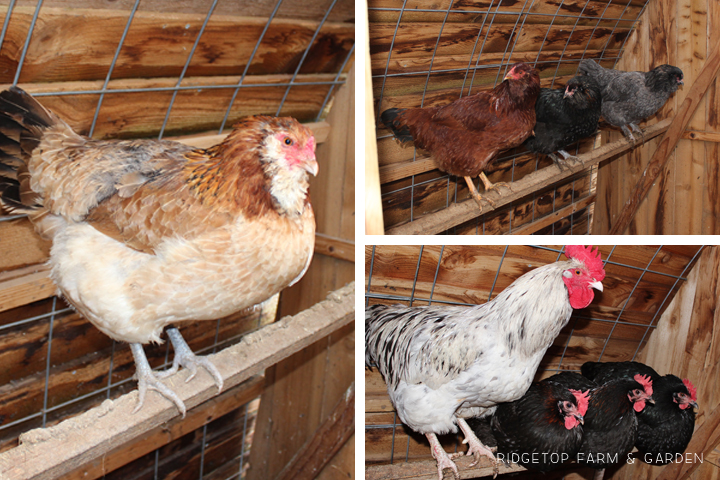 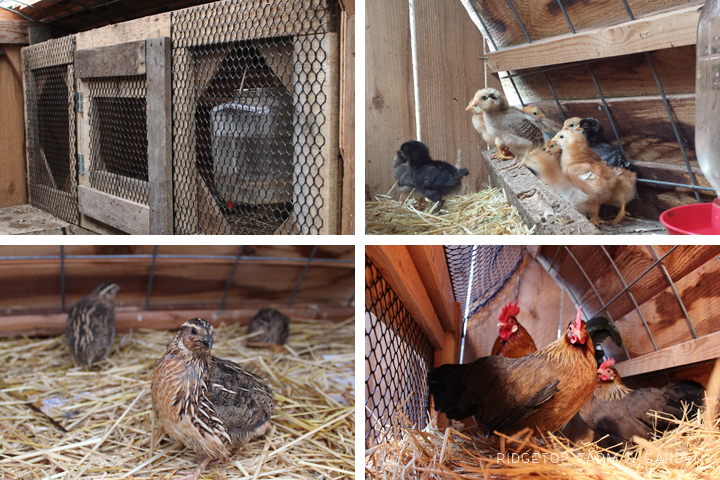 Each hut has one elevated mini-coop. We have used these for many reasons including acting as a chick brooder & housing quail, show chickens, broody hens & new chickens in quarantine. Top Left: The front of one elevated coop looks like this. The other has two doors spanning the entire length. The floors are made from salvaged synthetic decking. 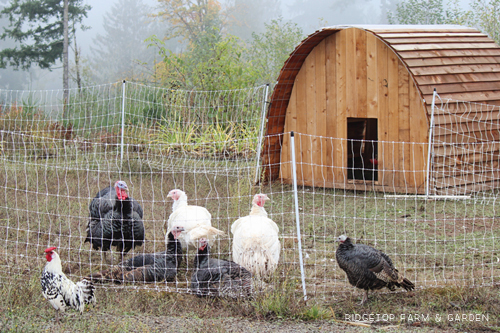 Originally, the back opened into nothing. We had movable fencing around so the birds wouldn’t escape. 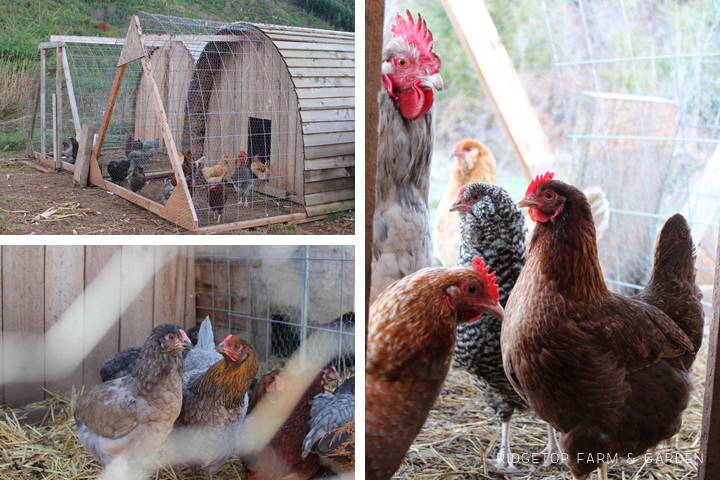 Later a small outside run was added to the coop using cattle panels and chicken wire. 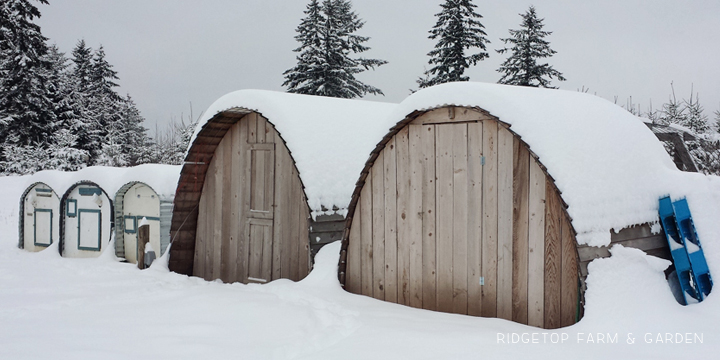 The dome shape was used with the hopes that snow would not pile up on the roof. So far, so good.