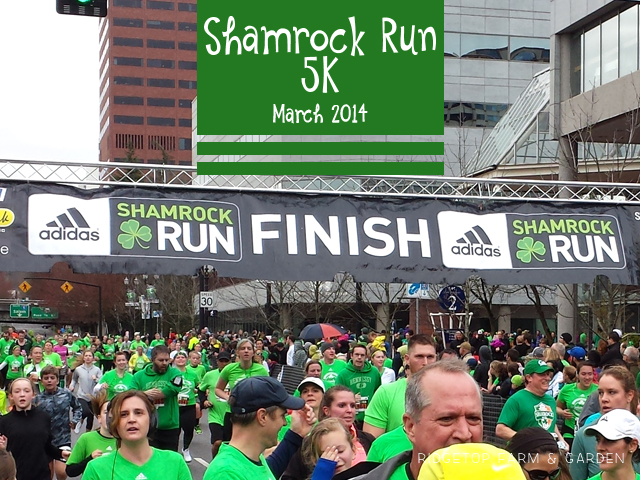 Yesterday I ran my first 5k event of 2014: The Shamrock Run in Portland.

I don’t have a constant running partner & sometimes I run solo. But this time I talked my hubby into running with me. This is as close to a date as we get. We’re not great running partners since I am much slower than him. But, he stayed back with me the entire run.

Picking up our bibs & shirts was an event in itself. This was no ordinary packet pick up. It was a Fitness Fair held at the Oregon Convention Center. I had my kids with me & they thought it was fabulous. There were lots of vendors handing out freebies & plenty of things to purchase.

I got in the women’s XL line to pick up my shirt. The guys handing out the shirts said they ran a little small. And right away when I received the shirt my first thought was no way was it going to fit. I admit I was kind of bummed. Not so much because I couldn’t fit into what they were calling an XL, but because that was their largest female size & if I didn’t get it I’d have to get the men’s unflattering shirt. Not a big deal. But, kind of a bummer. Before trading mine for a men’s shirt, though, I stepped off to the side & pulled the shirt on over the regular shirt I was wearing. It was definitely way tighter than anything I typically wear. I always wear the non-form fitting, unflattering shirts. Mr. T right away said in such a sweet voice, “Mom, you look so skinny.” I have not heard my name in the same sentence as skinny in years. I kept the women’s XL shirt.

We waited in line for about an hour. At other races I’ve gotten extremely bored waiting. This time it actually went by fairly quickly. Announcers, music & dancers kept us entertained while waiting for our start time of 9:20am. 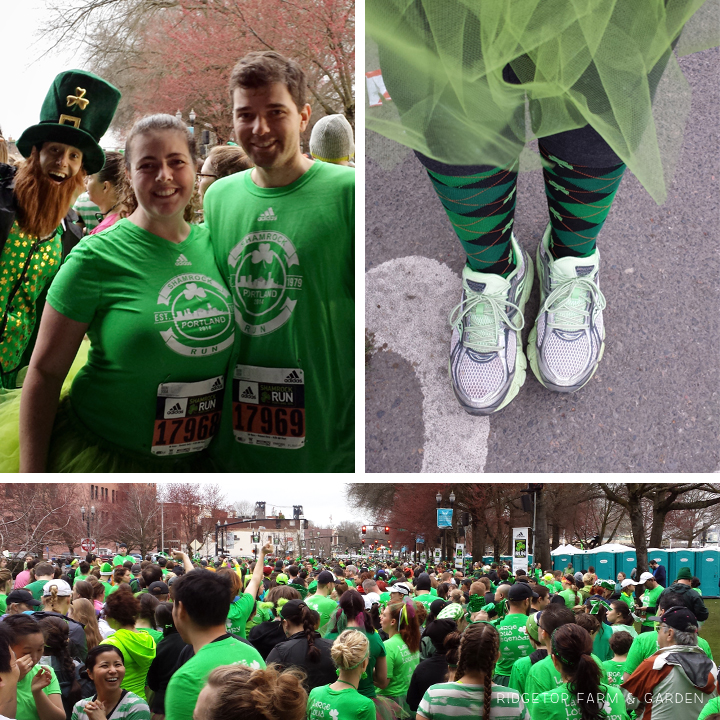 I didn’t take many pics along the way because I ran most of it. I get a better time & feel better along the way if I run at a faster pace & walk a bit when I get tired than if I run a slightly slower pace & try to run the entire thing. This run was no different. I walked a little & ran most. I ended up getting a personal record. Woo hoo!

I play such weird mind games with myself. As I was running & breathing hard, I felt tired & wondered how in the world am I ever going to meet my goal of finishing a half marathon. Then when it was over, I thought that wasn’t so bad.

Top Left: I was tired at the end. But, since I was able to smile for this pic just after crossing the finish line tells me I’m getting better at this running thing. There is no way I was smiling at the end of the first few 5k’s I ran.
Top Right: Stanford’s served salmon chowder to the runners/walkers. It was only a tiny cup, but was the perfect amount. It was really good, but I’m not sure I could have eaten much more than that after running. Beer was also served, but we skipped that. Not that I’m against alcohol, I just don’t like beer.
Middle Right: After running & eating the chowder we walked along the waterfront to old town.
Bottom Right: We lucked out with the weather. It was raining at our house when we left & I was afraid we’d have a wet run. But, it only drizzled on us a little.
Left Bottom: Portland has a great Saturday Market with many vendors & lots of food. It was lunch time & we were hungry. I had a Philly cheese steak with onions & peppers. That is not something I ever order. The only other time I’ve had a Philly cheese steak was in Philadelphia at a place called Chubby’s. But, that’s what sounded good & it was delicious. 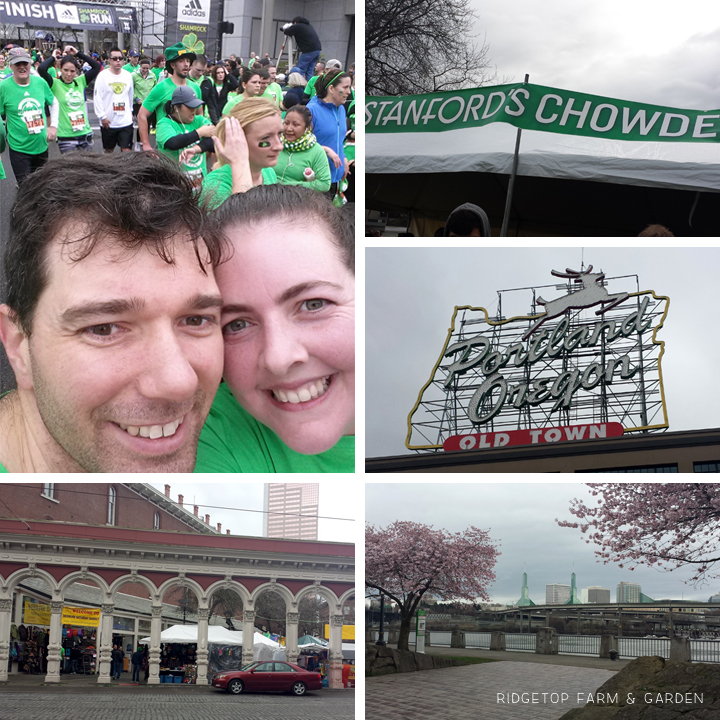 After such a good day, I need to  sign up for a bunch of summer 5k’s while I’m motivated.