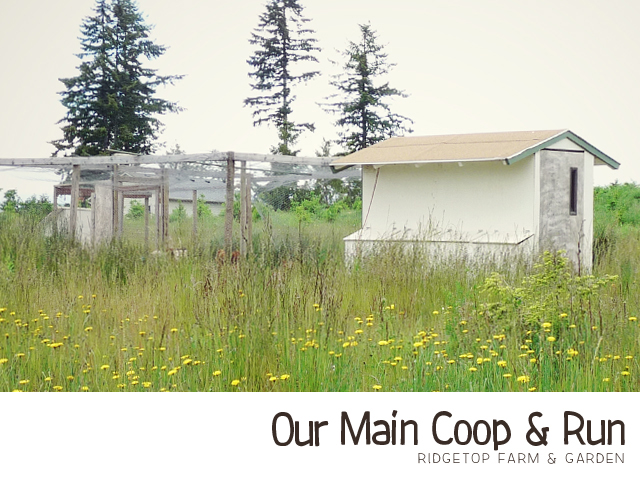 The coop has the necessary roosts and nest boxes. The ceiling is insulated. We have a light on a timer during the winter months. 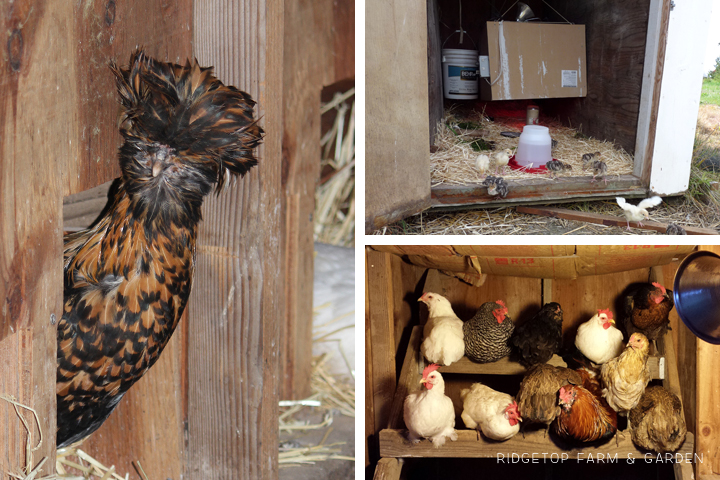 Left: Golden Polish peeking out of a nest box. Top Right: Occasionally we’ve used the coop as a brooder, in this case for turkey poults.

Farmer John built the nest boxes so they are accessible without going in the coop. Genius! 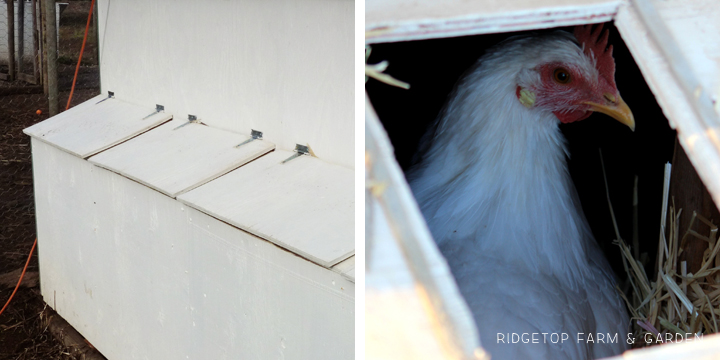 Left: 2009
Right: 2010. Notice the added chicken wire on top of the run compared to 2009. It didn’t take us long to figure out that it was necessary to protect our flock from predators. We’ve never had a problem with raccoons, opossums or skunks digging under the fence. Our fiercest predator seems to be bobcats climbing in, grabbing dinner, then climbing out. The smaller addition to the run was built for our ducks. We continue to call it the duck pen even though ducks have not lived in there for quite some time. That area seems to have a rotating variety of critters living there, including chickens, turkeys, goats and pigs. 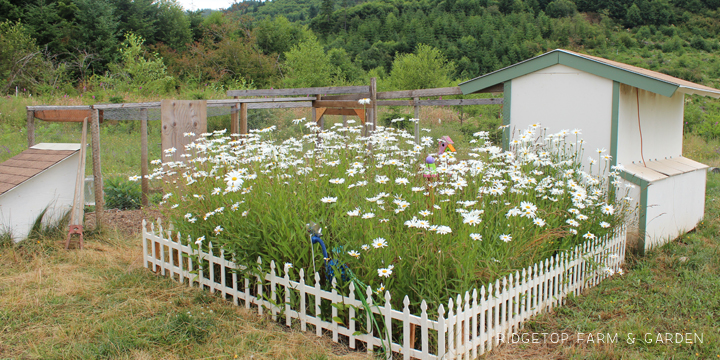 THE TROUBLE WITH SNOW

We had to lay chicken wire across the top of our run to keep the bobcats out. However, it was not built to hold the weight of snow. Two winters in a row the run collapsed multiple times. 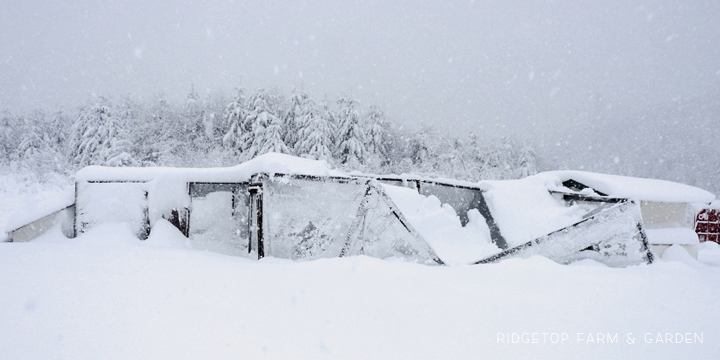 A couple winters with the run caving in meant it was time to fix the problem before another winter came. So, in the fall of 2012, Farmer John redid the entire run. Unfortunately, that meant making the run about half its original size. But, in return, the chickens got a well covered area year round. 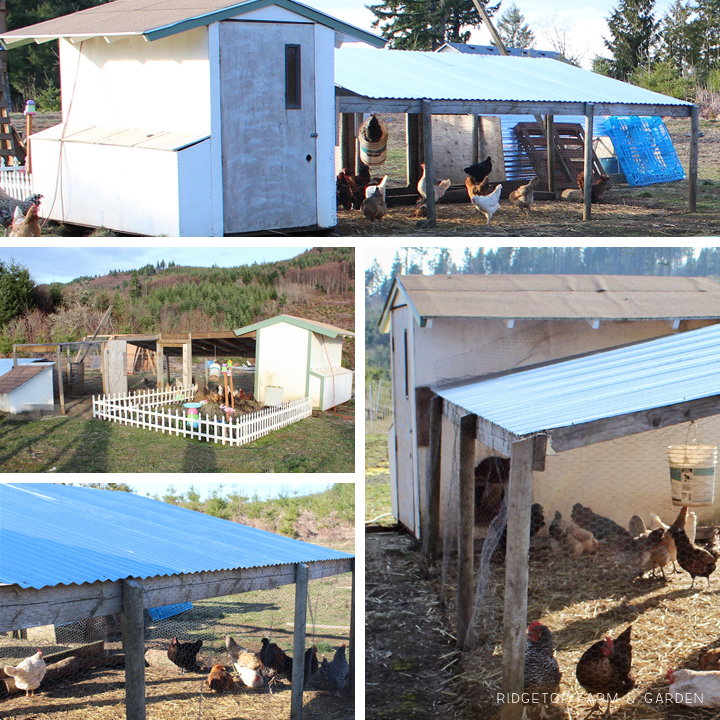 This time the roof was made from not only chicken wire, but also 2x4s and tin roofing. 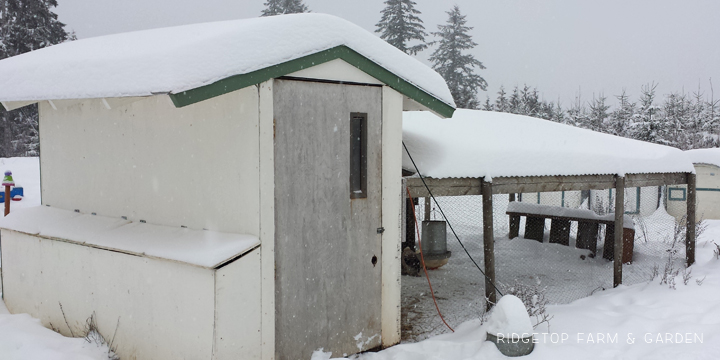 The reconstruction has worked perfectly.

Who knew when Farmer John built this coop over 4 years ago that it would lead to our own little farm with a variety of animals and a small business? Maybe Farmer John envisioned that, but I certainly did not see that was our path.