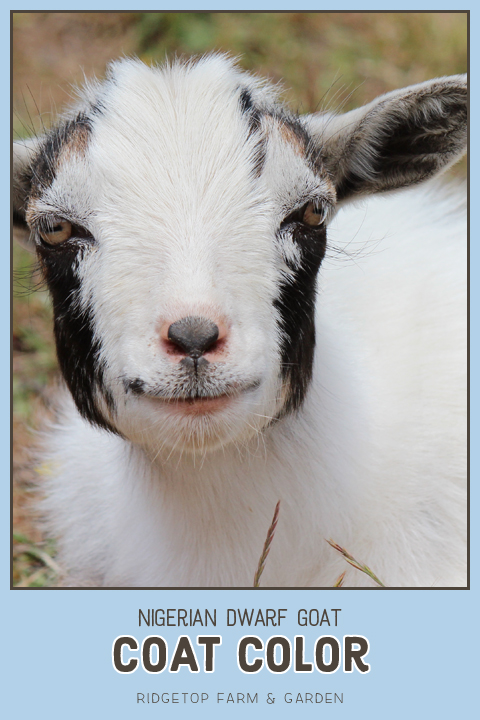 Although it is true outward appearance is really of little importance, a fun bonus with raising Nigerian Dwarf Goats is the variety of coats and patterns. One goat can look similar or look completely different from their herd mates. I could have a herd of 15 goats and all 15 goats potentially could look different. This fascinates me.

The genetic process for goat color is complicated, but I have it narrowed down to a few basic components. This is helping me wrap my brain around the science.

There are at least 21 different possible alleles for this locus – no wonder goats can come in such a wide variety of colors and patterns!

In most cases, tan is dominant in the pheomelanin areas. This can create a variety of combinations when the dam and sire have different colors and patterns because the tan areas of both patterns will generally be expressed.

This locus is also important in determining coat color. It determines whether the eumelanic areas are black or dark brown. Dark brown is dominant over black, however dark brown is not as common.

To make things even more complicated, goats can also have white spotting. These white spots are a lack of pigment and can occur on any color or pattern, masking the base color. The spotting can be very little or cover an entire coat.

The majority of Nigerian Dwarf Goats have at least a little spotting.

Dark brown is dominant on the B locus. It is a modifier of black. All areas that would be black are instead dark brown.

Black is recessive on the B locus, therefore both parents must pass on the gene for a kid to be black.

Since it is recessive, it can be hidden by another color and be passed on to the kids.

Georgia is black with roaning. 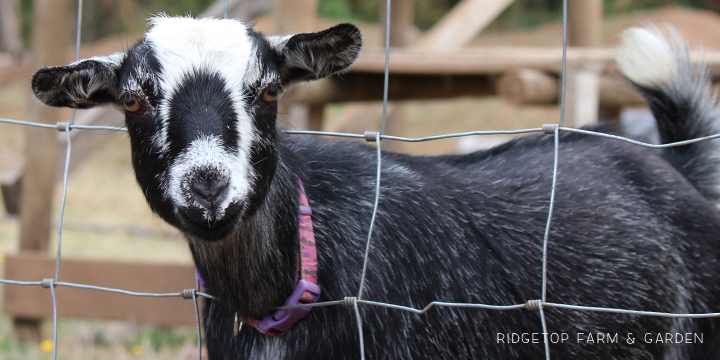 A seemingly solid white goat could actually be a a very light cream color.

Another way a goat can appear white is if their spotting is so intense that it completely masks the true base color.

Willow is cream with white spotting 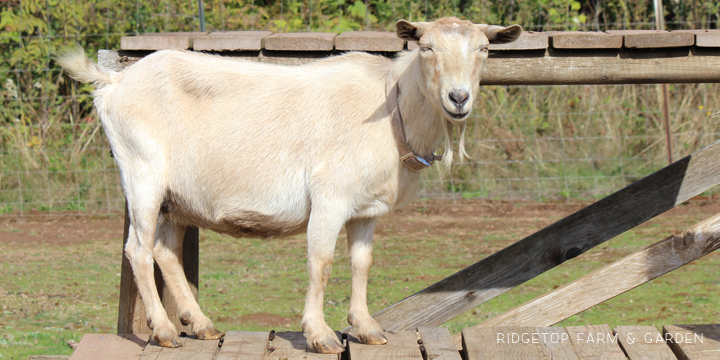 Vern is buckskin in black and dark reddish brown 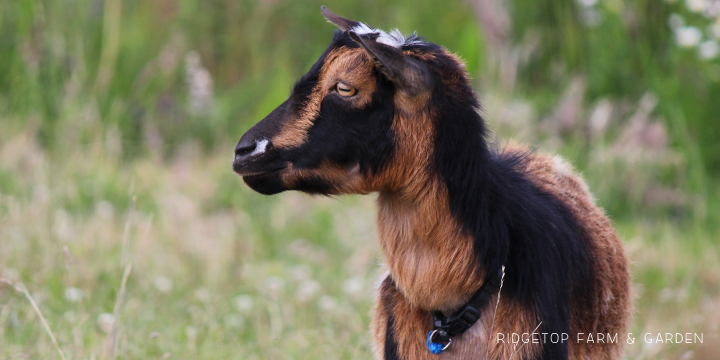 The golds and reds also have quite a range from a light gold to a dark reddish gold.

Wingman is a light gold color. 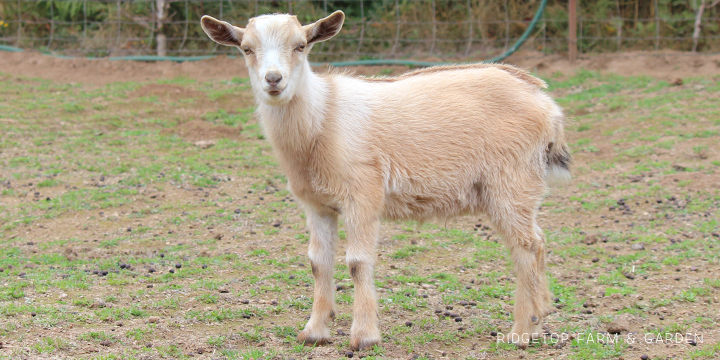 I consider Moon’s base color to be a medium red gold. 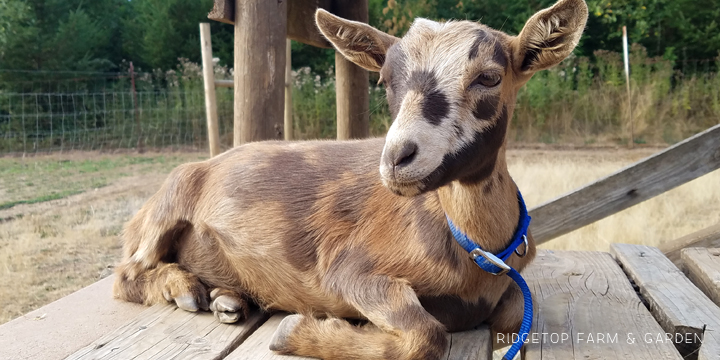 To determine coat color requires figuring out the base color or pattern, whether the B locus is black or has been modified to dark brown, and identifying white spotting.