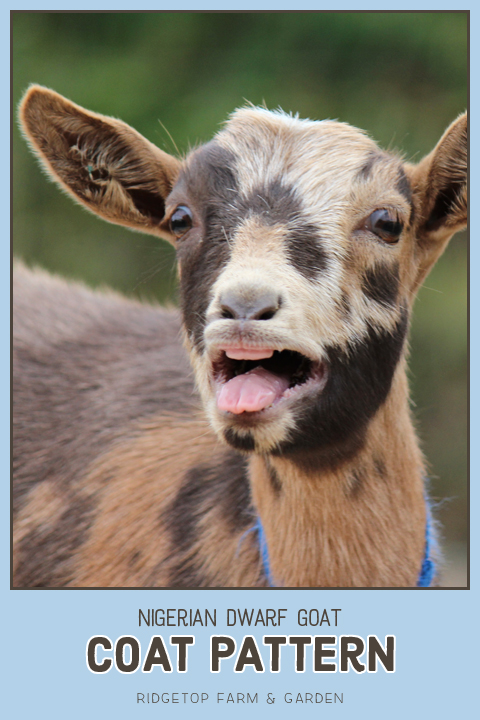 Continuing my fascination with genetics, this post is about the coat patterns of goats.

A goat receives two alleles on the Agouti locus – one comes from the dam, one comes from the sire. If the alleles are the same (homozygous), such as both being buckskin, then the kid would also be buckskin. However, if the alleles are different (heterozygous), different combinations of color patterns can be expressed. The Agouti alleles are co-dominant, meaning they both can be shown. In general, though, the pattern with most tan will be expressed.

Two other things to consider are pattern modifiers and white spotting. White spotting can change what we see on the goat’s coat, masking its genetic color pattern.

This is not a complete list, but the most common in Nigerian Dwarf Goats

When only pheomelanin is present and no eumelanin this produces a solid pattern. This is the most dominant pattern.

Our goat, Bunny, is a solid light cream color with white spotting. 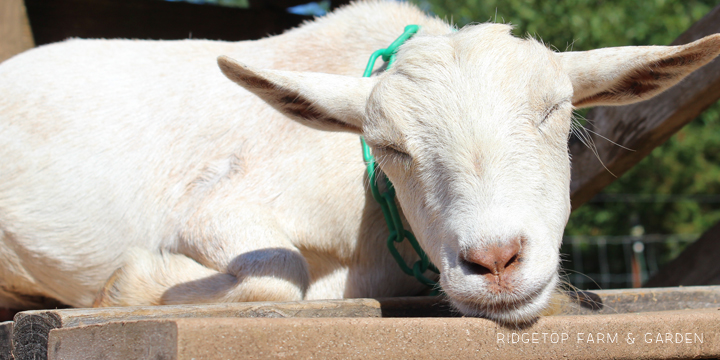 Also known as Badgerface. Goats with this pattern are tan or brown, with a black (or dark brown) underbelly, dorsal stripe, facial stripe, and lower legs.

Vern is a dark buckskin with random spotting. 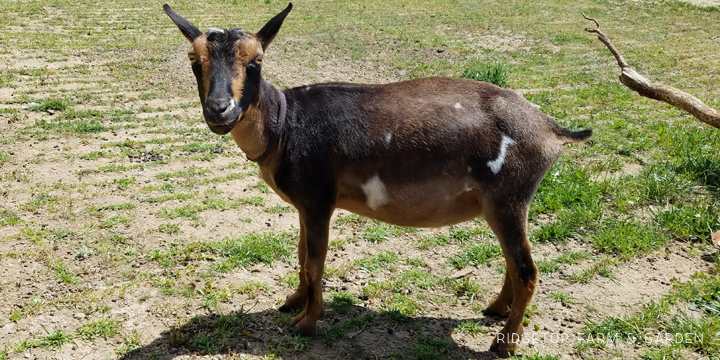 Also known as the Toggenburg pattern. Goats that are Swiss marked have a black (or dark brown) body. The pheomelanin (white, cream, or tan) areas include all 4 legs, facial stripes, ears, and under the tail. 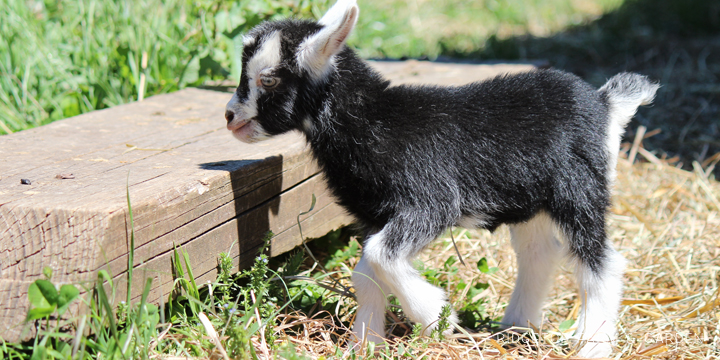 When there is only eumelanin and no pheomelanin present, this produces an all black goat. This is the most recessive pattern.

Crash is a Buckskin/Swiss Marked combination. 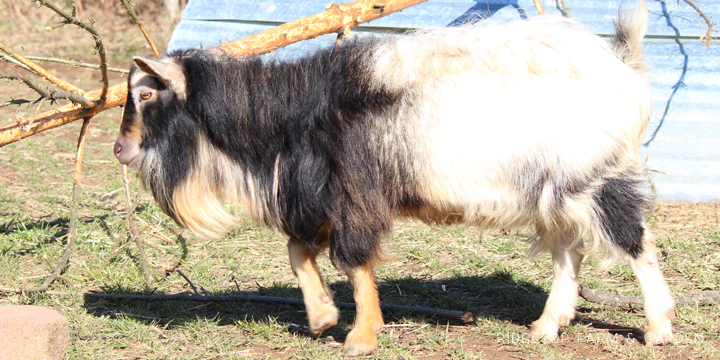 Sometimes, in certain areas the eumelanin and/or pheomelanin pigments are not produced. This results in white spotting.

Genetically, the base color is still present, but it is masked by the spotting.

There are multiple genes associated with white spotting, so one goat could have multiple spotting patterns.

Random spots on the body

White band around a goat’s midsection. The belt may go entirely around the goat, or not – and be referred to as a partial belt.

WyldeStyle has a partial belt with her Swiss markings. 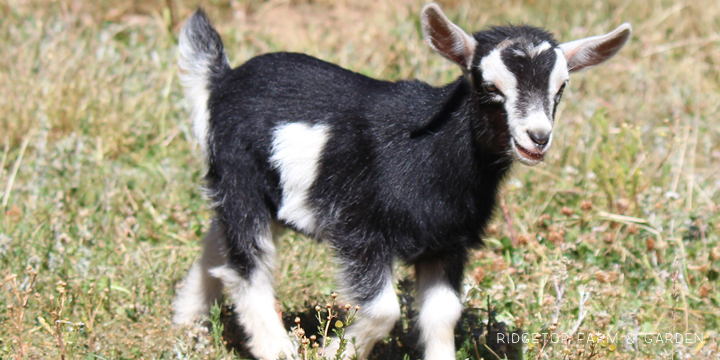 The body is primarily white with dark markings on the head and sometimes the legs.

Roaning is when white hairs are sprinkled among colored hairs. They are single hairs, not spots of white.

Georgia has roaning throughout her body. 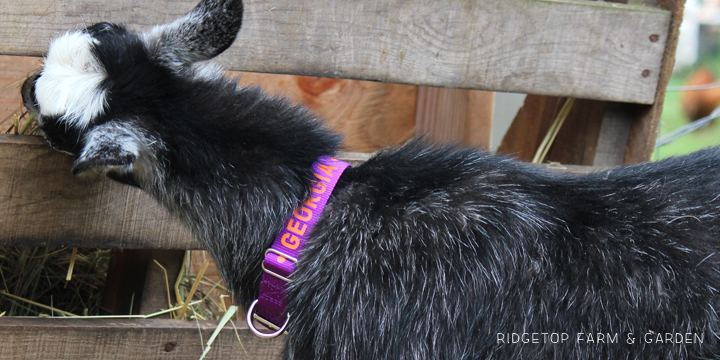 When ticking occurs on the muzzle, ears, or tail it is known as frosting. 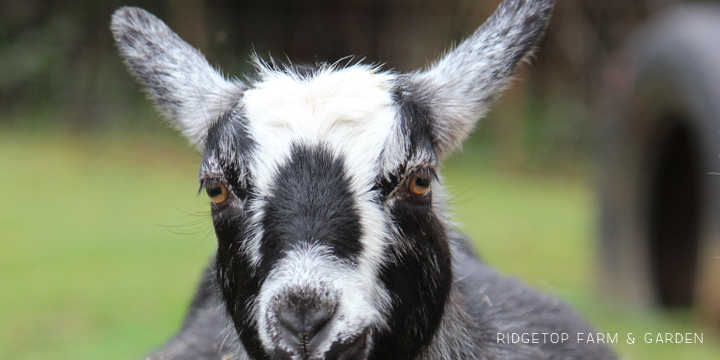 A white poll refers to a white spot on top of the head.

Bunny has a white poll. 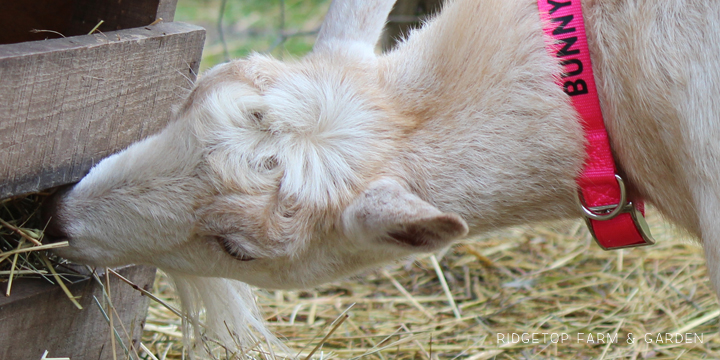 Moon spots are random spots of color on top of a base color. 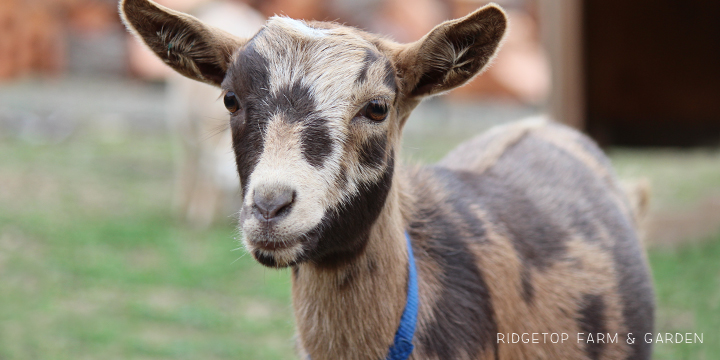 My goal is to take this information to learn more about and enhance our own herd.