You are here: Home / Goat Blog / The Science Behind Color & Pattern 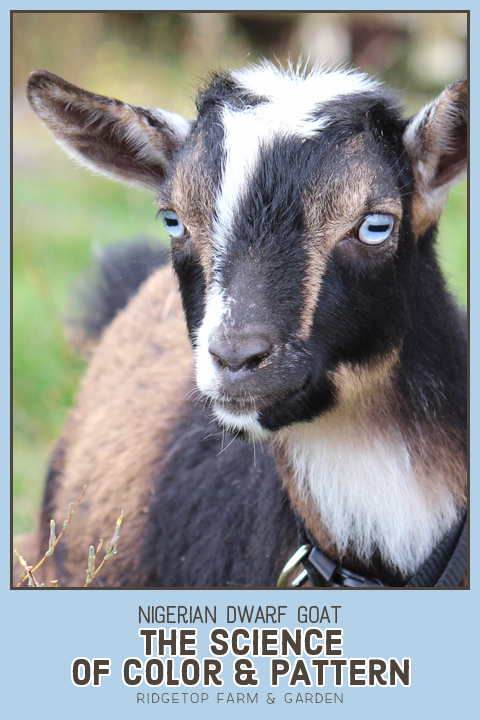 Simply because I find it fascinating, I’ve been researching the science behind Nigerian Dwarf Goat coat colors and patterns.

I have discovered it is quite complex.

But for this post, I’ll start with the basics of genetics.

Genetics
the study of heredity and the variation of inherited characteristics.

PHENOTYPE = Observable characteristics, such as hair color and behavior. They are the result of genotype and the environment.
GENOTYPE = Set of genes in DNA which is responsible for a particular trait.

The coat color and pattern we observe on a goat is its phenotype. The phenotype is determined by the genotype.

GENES = Segment of DNA. Carries the information we inherit from our parents.
DNA = Genetic material that is responsible for all characteristics, such as how an animal looks and behaves. It is organized into chromosomes.
CHROMOSOMES = One chromosome is from the mother and one chromosome comes from the father creating a pair of chromosomes. These pairs are located within the nucleus of a cell. Goats have 60 (30 pairs) chromosomes. Sheep have 54. Humans have 46.
ALLELE = Variant form of a gene, such as brown or black hair. Goats have two alleles for each characteristic – one from mom, one from dad.
LOCI = Location of a particular gene on a DNA molecule. Each gene has its own specific locus.

All characteristics come from the genes inherited from ones parents. My focus is on the outward appearance of color and pattern, which are determined by many different alleles each located on their own locus.

DOMINANT GENE = If a dominant allele is present, it is always expressed in the phenotype.
RECESSIVE GENE = Is expressed only when the two alleles for a particular trait are both recessive. If one of the alleles is dominant, that dominant gene will hide the recessive.

Dominant and recessive genes refer to the probability of inheriting a trait from ones parents.

Blue eyes are a dominant trait in goats. This means the only way for a goat to have blue eyes is for one, or both, of its parent’s to express that trait. A goat does not mask or hide the blue eyed gene. If they have the gene, they express it.

Another dominant trait in goats is being polled. If a kid does not have a polled dam or sire, there is no chance of it being polled.

To have a recessive gene, such as horns, be expressed both alleles must be the recessive gene. Two horned parents will only produce horned kids. 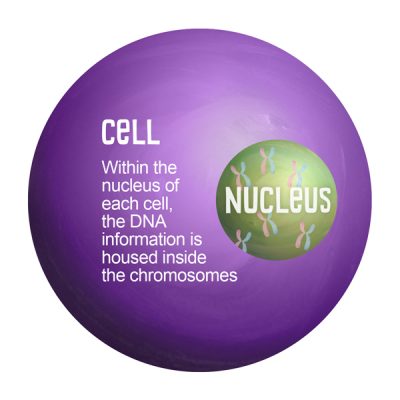 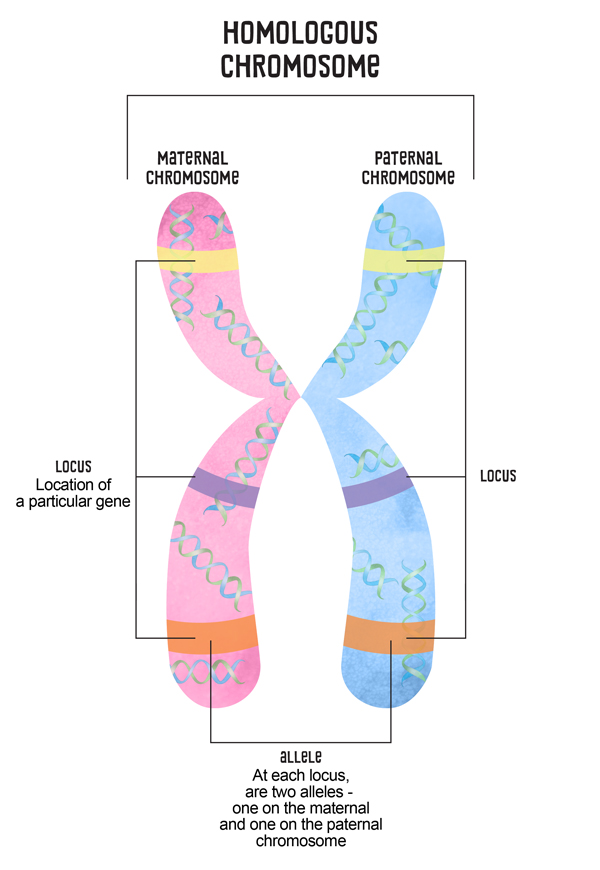