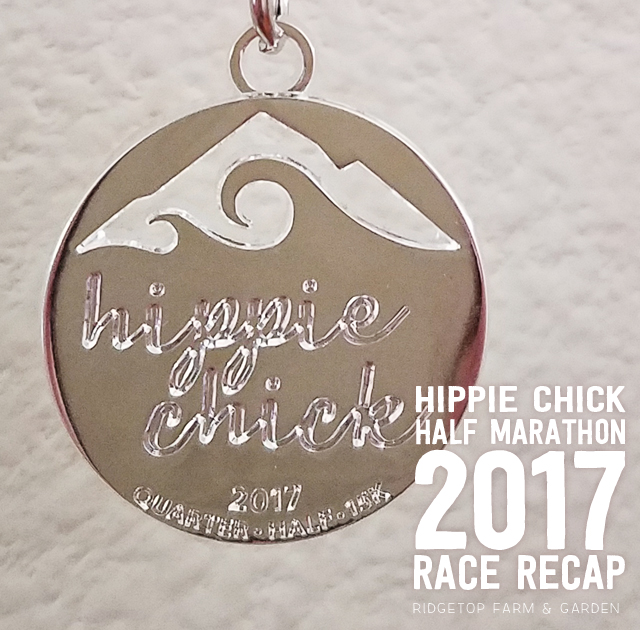 The Hippie Chick event is a women’s event, which takes place Mother’s Day weekend. It is part of the Hood to Coast race series, which always has good events.

I have a soft spot for the event because it was the first race I signed up for when I started running. That year I finished the quarter marathon. The next year I did it again, beating my previous time by 23 minutes. The year after that, I skipped the Hippie Chick for Disneyland and finishing my first half marathon. Which brings me to 2017, 4 years after participating in my first run event. At the time, I didn’t know how far I would go with my running. But I have stuck with it, ran multiple half marathons and even one full marathon.

The swag I received at packet pick-up included a tshirt and snacks in a cute little bag. Plus, I got a towel for registering early. 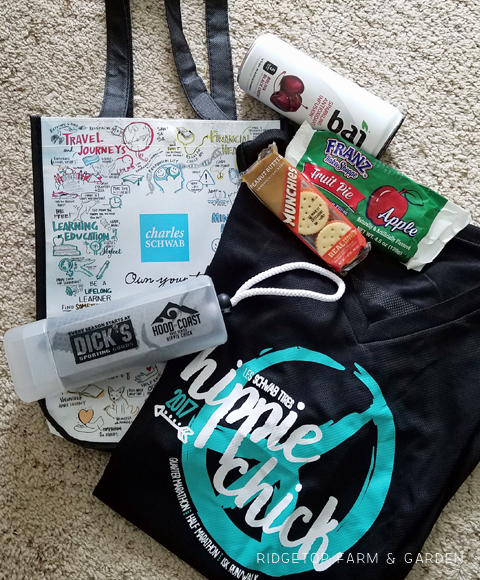 One of the fun things about participating in a larger event are visiting the vendors. In this case, it was especially awesome. Franz, the bread company, had a wheel to spin and I won donuts. Not a bad way to start the morning.

Since it was raining pretty good, I sat in my car and ate half a donut. Yes, yes I did. 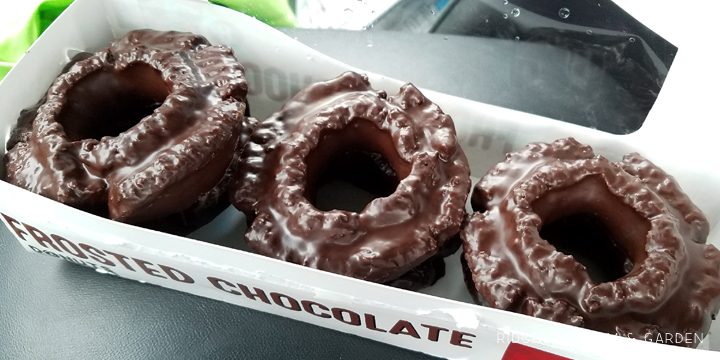 I’m not sure how many women ran the half, but it didn’t seem too crowded.

The rain stopped for the few minutes I waited to start and for the first few minutes of the race. For a second, I thought the rain for the morning had passed and the event would be dry. Ha! 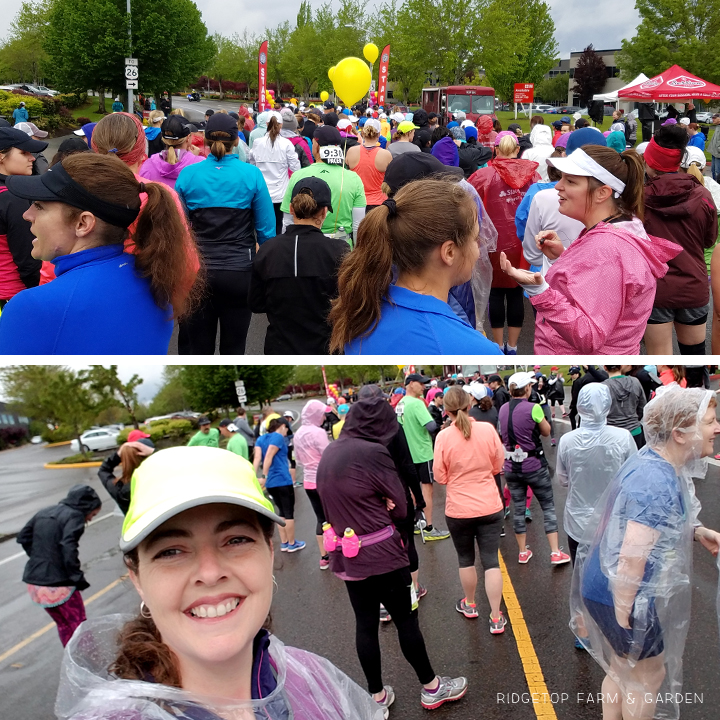 I knew the quarter marathon was flat, I was hoping the half was too. It was. I’ll make up for it next month when I run the hilly Helvetia Half.

It rained. And, rained some more. So, I didn’t take many pics. At one point I looked down and saw soap suds on my capris. What? I thought it was a fluke and wiped them off. Then a bit later, there were bubbles on my other leg. This time I decided it deserved a photo. Weird. Why isn’t our washing machine rinsing our clothes better? Apparently I need to run in a downpour to get all the soap out.

At the turn around point, there was a guy spinning fire. That was something I hadn’t seen as on course entertainment previously.

Mile 10 is always my gauge of a race. I don’t often run over 10 miles on my training runs, so I’m usually about ready to be done by the time I reach that mile marker. I thought I might be able to PR at this event. I was hopeful if I could hit mile 10 in under 2 hours then there was no good reason I couldn’t PR. It was exactly the motivation I needed to finish strong. I did reach mile 10 under 2 hours, so I knew I just needed to keep up my pace and I would PR. And, I did! I was pretty stoked last April when I my PR’d. I beat that time by 10 minutes.

The last few miles the rain finally let up. It didn’t really matter by then, I was already soaked. But, I was glad it stopped. 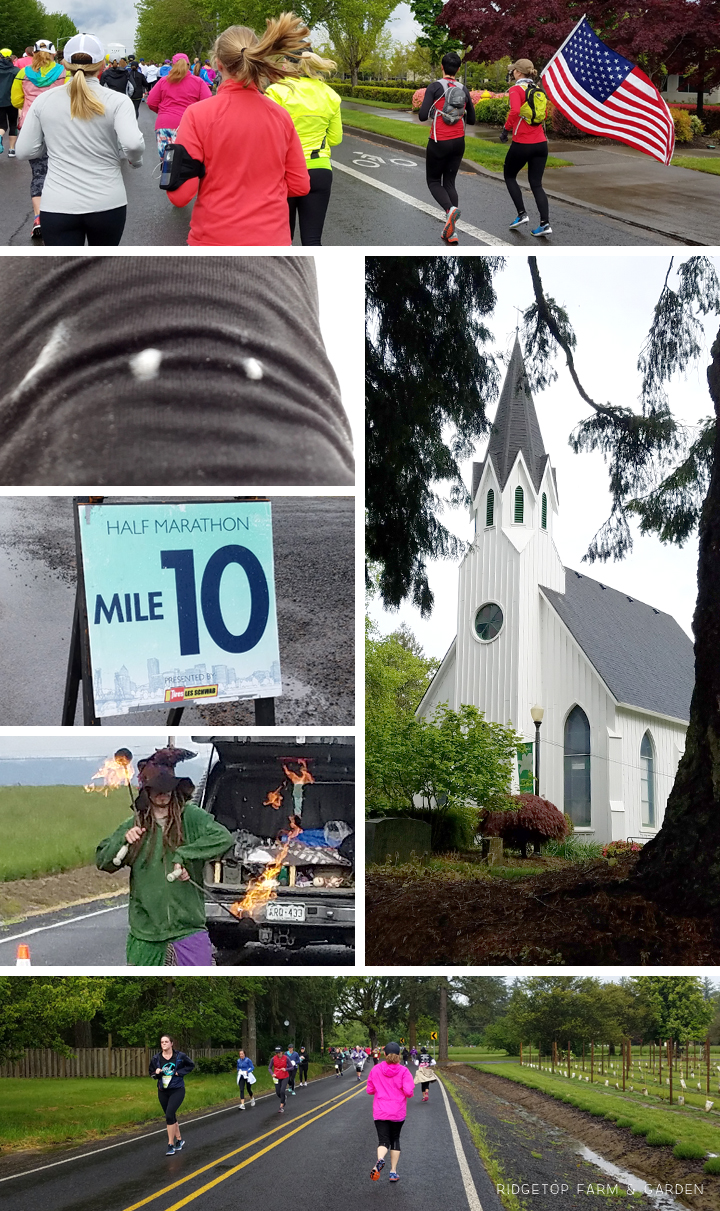 Because the Hippie Chick is a women’s event, finishers are awarded necklaces as opposed to medals. When I earned my first one I thought I might actually wear it. I don’t. I’m not a jewelry person. But, I do have the necklaces with my other bling. 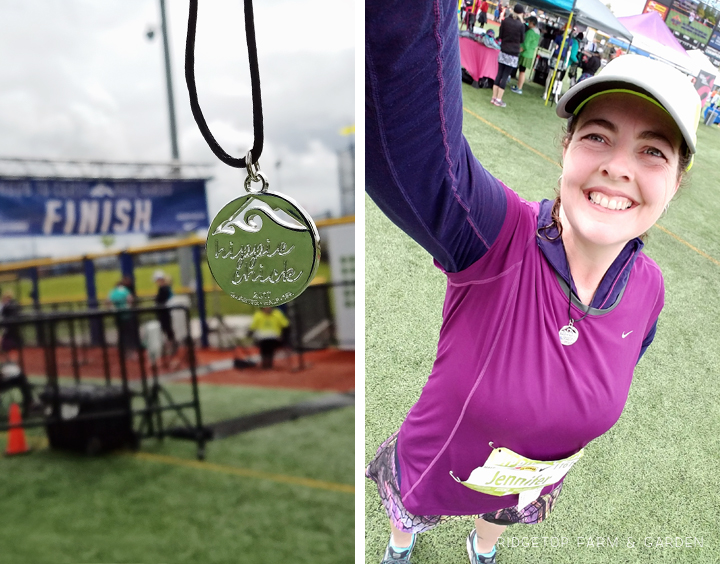 Vendors and band on the field at the finish line. 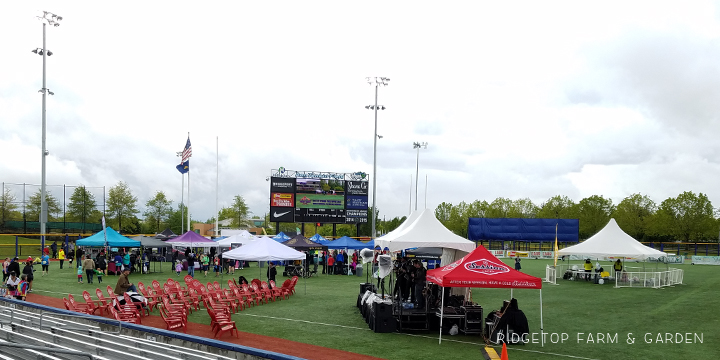 After the race you can grab pancakes, oranges, and chocolate milk.

You can also get a mimosa and ghiradelli chocolate bars. This was an excellent way to end my already exciting day of PRing. 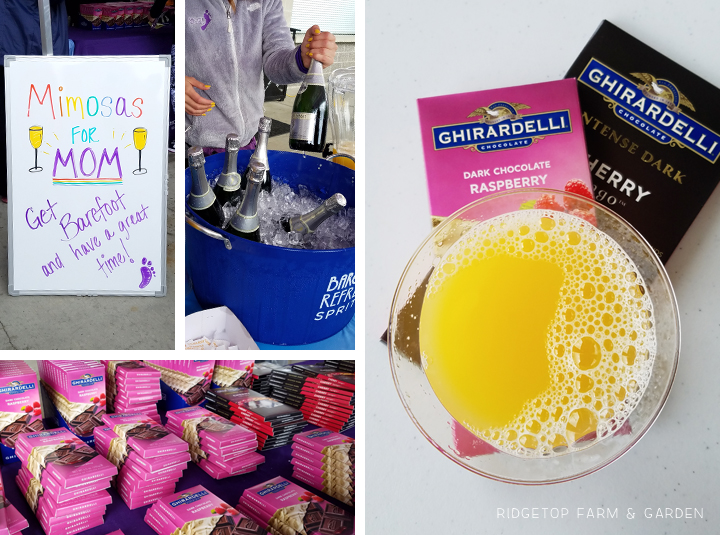 That’s a wrap. Another half marathon in the books.