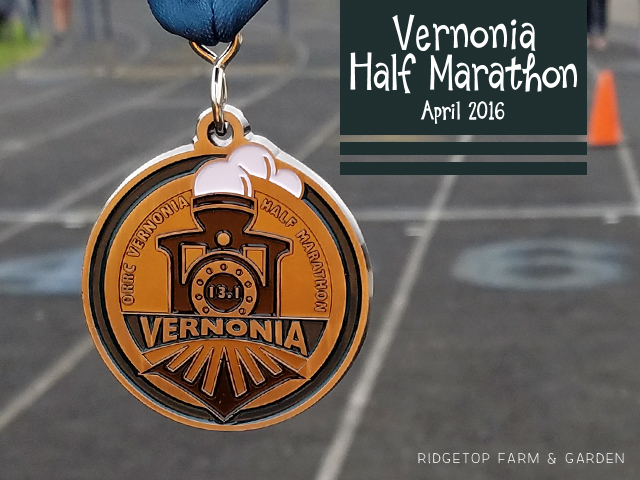 The Vernonia Half Marathon marked my 5th half in a year, as well as my 5th half marathon ever. Last May I ran my first half at Disneyland. Apparently the enjoyment outweighed the pain and agony since I keep going back for more. I commemorated #5 by wearing the same outfit as I wore at my first one. Trust me, I felt like I needed all the help I could get to finish this race. As it turned out, I did better than I dared to hope for.

Getting to the Start Line

This was a point to point course, which I believe is a first for me. I parked in Banks and at the High School were buses ready to take us to the start line at Stub Stewart State Park. 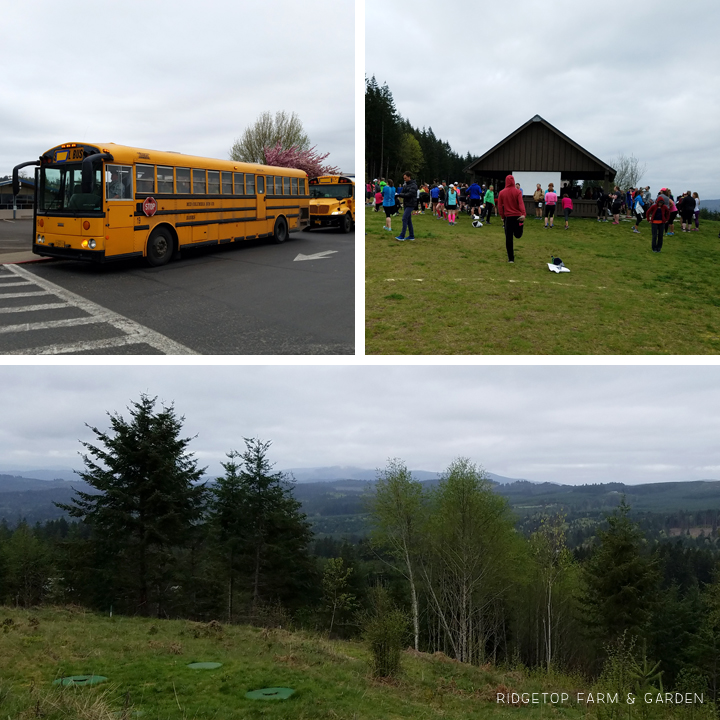 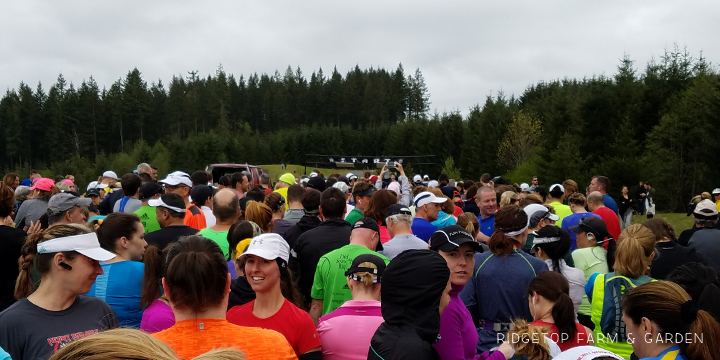 The course began uphill, but amazingly enough that first mile went by quickly. My time wasn’t faster than normal, it just seemed to go by quick. It was a great way to start the event.

A little after the mile 1 marker were two people cheering us on in critter masks. I took a selfie with them because I really appreciate people going out of their way to make sure we have a good race. 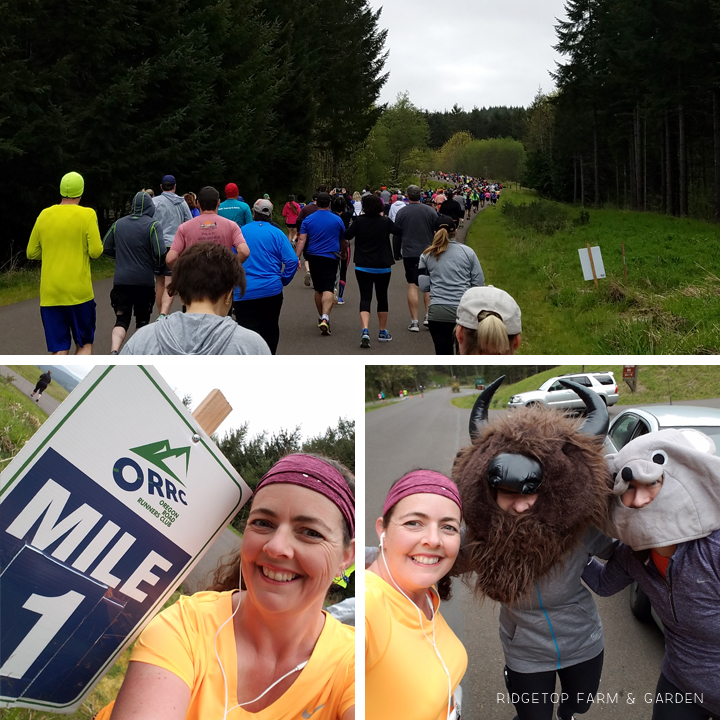 The next number of miles were downhill. Downhill! Woop, woop! It only seemed like a steep downgrade for the first little bit, then it felt very gradual.

By about mile 7 the course flattened out and was fairly flat the rest of the way… no wonder I enjoyed this course.

Mile 10 tends to be where I slow down. I don’t often run over 10 miles while training, so it’s no wonder that I’m not used to it. However, this time I kept my pace and was still feeling good past mile 10! 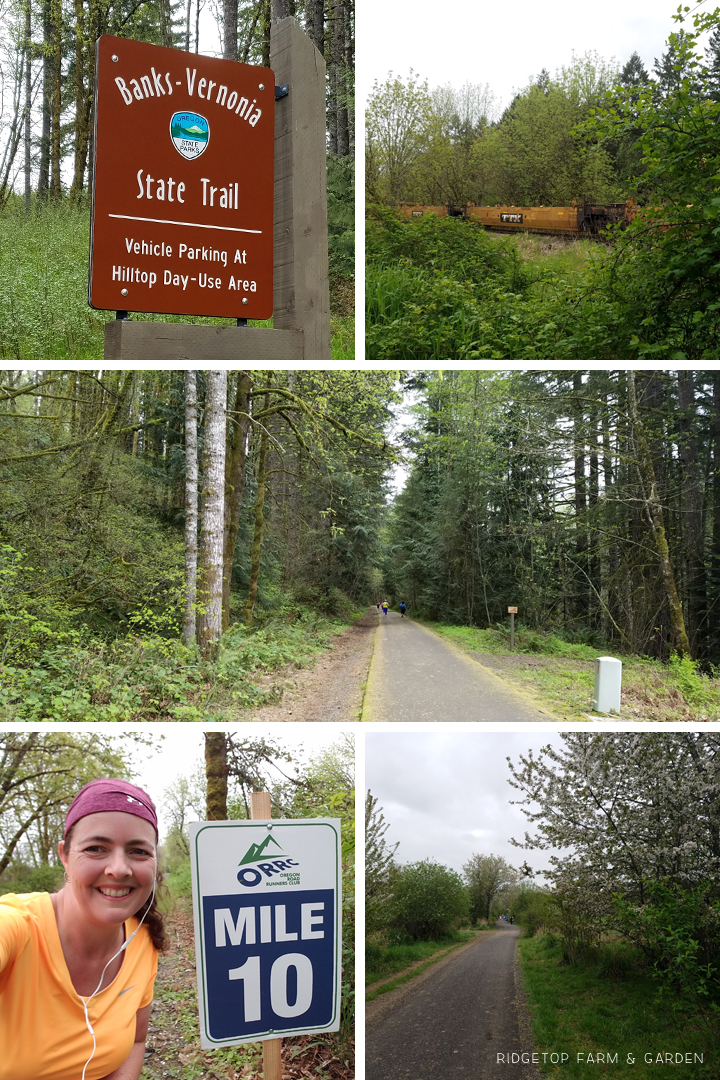 I don’t know who the photographer was who took this photo, but I’d like to thank him. This is the first professional race photo I’ve ever liked of myself. And, even better is that it was taken during a PR race and is taken on my home turf in the Oregon Coast Range. 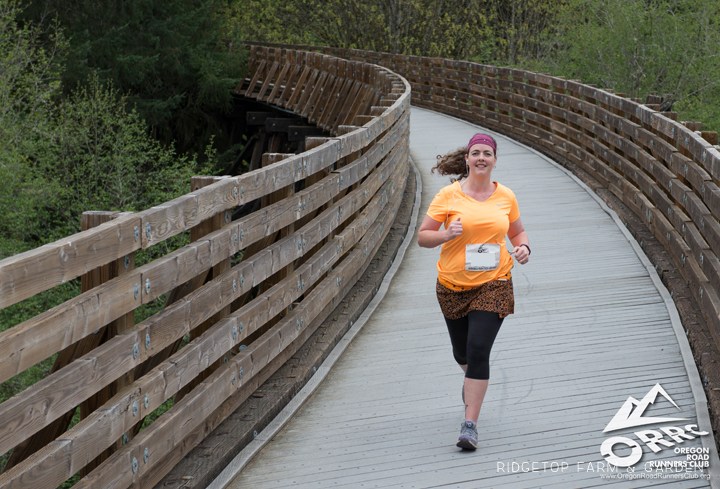 I did 5min/2:15min intervals throughout the entire race. Those times seemed to work perfectly that day.

I have never been so happy to see olives and oranges. By happy I mean I nearly started crying. Two weeks prior to the race I began the JJ Virgin Diet. I realize starting a new way of eating 2 weeks before an event is not smart. But, lately I always seem to be training for an event and at some point I was just going to have to go for it. So, I went for it. I am not bashing the JJ Virgin Diet, but I have never felt worse than I did those 2 weeks of starting that diet. I think there were a few contributing factors that were out of my normal. But, whatever the reasons, I had been miserable.

Because of the diet I couldn’t partake in my normal race gu’s, gels, gatorade, etc. I hadn’t cheated one tiny bit during those two weeks and I had one week left to go. I didn’t want to mess it up because of the run. However, I did want to have a good event. So, I made an electrolyte drink to take with me and packed filberts for a snack. Unfortunately, I forgot the filberts in the car and the electrolyte drink was so horrible I could hardly drink it.

So when I got to the aid station to find not only the normal gu and gatorade, but also a wide range of other snacks, I was ecstatic. They had gummy bears and m&m’s, which I couldn’t have. They had bananas and peanuts, which I also couldn’t have. They had oranges and olives and I couldn’t believe my luck. As stupid as it sounds – and maybe I have a food issue – but those few olives and orange slices were the encouragement I needed. I was getting slightly concerned how I was going to finish the race strong on just water and a few sips of disgusting homemade electrolyte drink. 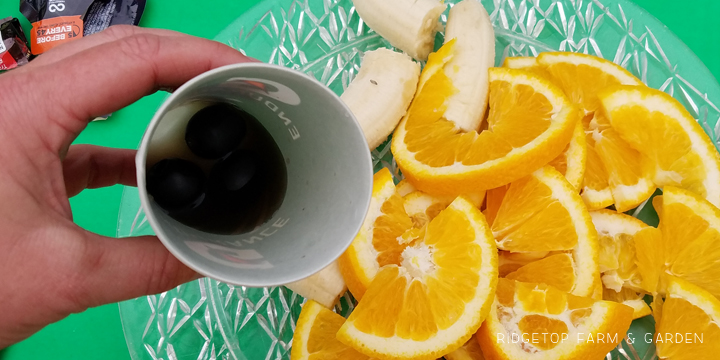 Coming off the trail and into the town of Banks I realized I could actually PR this race, so even though I was getting tired I gave it all I had ’til the very end. I knew it wouldn’t be the case, but I was still hoping that once I got to the high school track the finish would be right there. But, nope. Of course I had to do a lap around the track. I completed the lap and sure enough I PR’d.

My chip time was 26 minutes faster than my chip time at the Star Wars Half in January.

As I mentioned earlier, I was doing the first phase of the JJ Virgin Diet when this half marathon came around. This screwed up my typical food options before, during and after the race.

I typically have water at the aid stations and often also have the gatorade or other similar drink. Not this time. I found an electrolyte drink to make at home and brought it with me. I guesstimated on the amounts when adding the honey & sea salt. I may have over done them. Or, I’m not a huge honey fan, so I may just not have liked it. But, either way, the drink was horrible. So horrible it was all I could do to drink the amount I did. After I found the olives and oranges I quit drinking it all together. FYI: honey was technically a no-no on the diet, too. But, I figured I would have it anyway since I was opting out of the gatorade.

Another missing drink from my normal was Advocare’s Spark, or some other drink with caffeine. I usually drink it on the way to an event. Then, I’ll have a gu or clif shot blok during the run. All of those items were out this time. So, I opted for a caffeine tablet. I had never bought them before and was shocked to see how much caffeine was in one tablet. I cut it in half and had one section before the race and the other half during. Maybe that’s what put a little boost in my step.

And finally, my post race food. I would have loved to partake in the soup and stuff offered at the event. Unfortunately, not this time. I wasn’t sure what I would want afterwards or how hungry I’d be so I packed an apple, cutie, almonds, rice crackers and gimme chips. 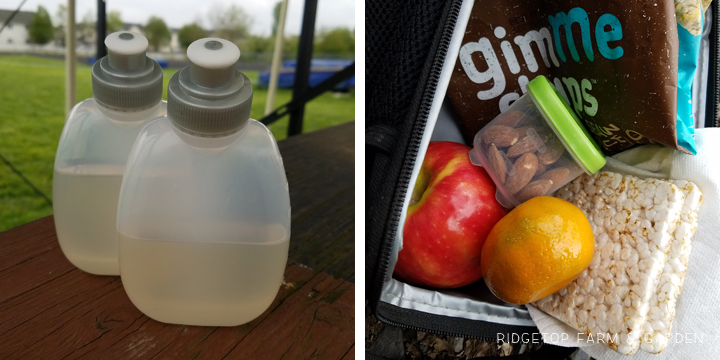 The final difference during this race than previous races was my music. Maybe I need to climb out of the rock I apparently live under, but I had know idea until recently that you could download your amazon prime music to your phone.

Normally I buy the music I want to listen to from Amazon and download the mp3’s to my phone.

However, I have Amazon Prime. So, most of that buying wasn’t necessary. I listen to Amazon Prime music all the time when I’m at home and sitting at my computer. I have hundreds of songs in my library and have a few playlists set up. I stream it when I’m home. I assumed that’s how it worked on your phone, too. A fabulous friend of mine recently told me, though, that I could download the songs using the Amazon app on my phone. This tidbit of info saved my patootie. About a week before the race I got a new phone and when I went for a training run I realized I hadn’t downloaded any music on it. Dang it! How was I going to run an hour and a half without music? Then I remembered what my friend told me. So, I thought I’d try it. And sure enough. Using wi-fi at the library, I quickly saved a number of songs using the Amazon app, went for my run and enjoyed some tunes. The nice thing about this method was that it gave me a whole new playlist to listen to during this half marathon than what I usually listen to run after run. 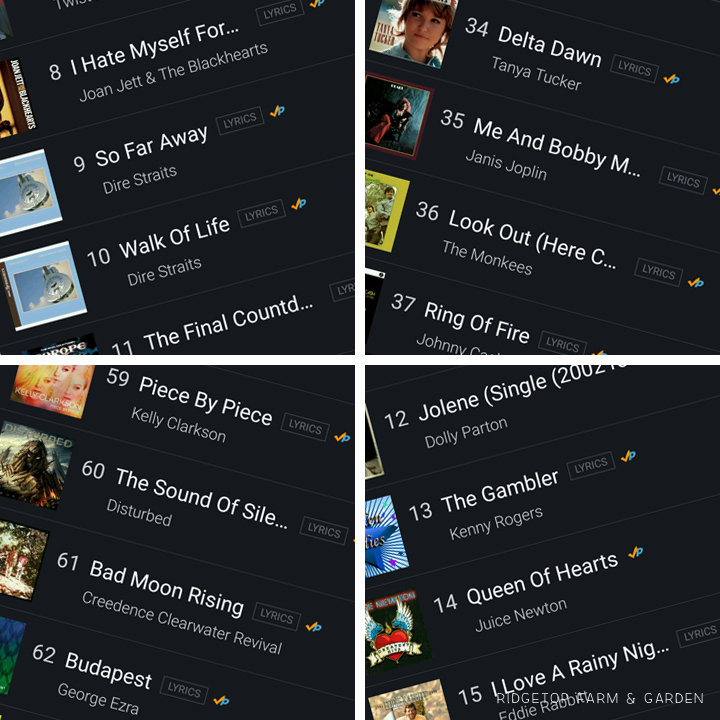 Not all 30,000 steps were from the race, but the majority were. Ironically, the 30,000 step badge is named a trail shoe. Fitting since I just ran on a trail. 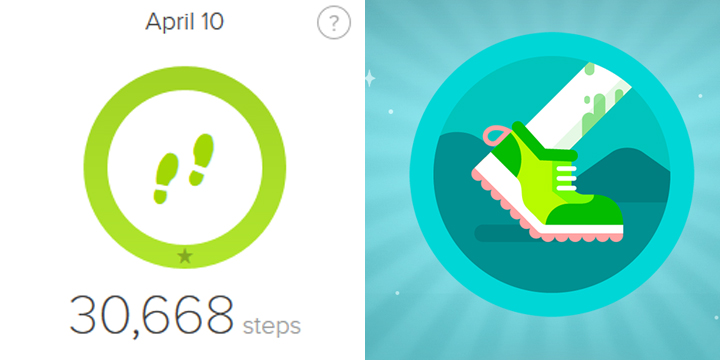 I enjoyed this event a lot. It was definitely the pick me up I needed from the last 2 weeks of feeling miserable. The people running the event seemed efficient. Taking the bus to the start line went smoothly. I loved running on the Banks-Vernonia Trail. The people at the aid stations were friendly and encouraging. I felt good the majority of the race. And, the PR was amazing. I’m not gonna lie, though. I was sore the next few days. More sore than I had been in a long time. Maybe it was those miles of downhill? Maybe it was my lightning quick feet that day? Maybe it was all the fatigue from the 2 weeks prior? I’m not sure, but wowzers I was feeling the pains of this race for days.