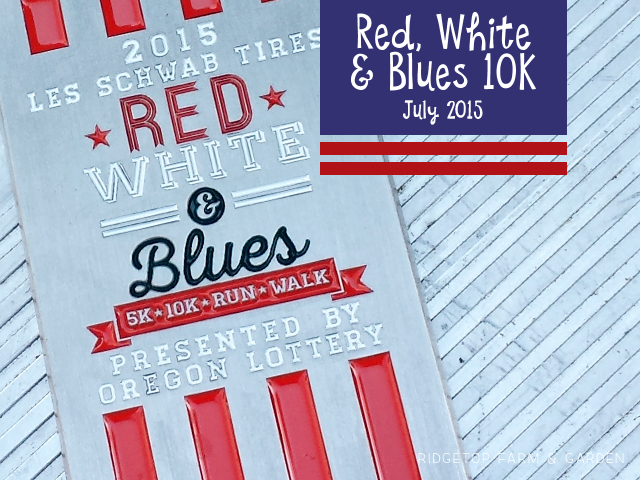 I have taken a step back on running this summer and have been concentrating instead on getting in at least 10,000 steps a day according to my fitbit. However, I signed up for my 2nd half marathon. Eek! My goal when I started running was to finish a half marathon. I’m ecstatic that I enjoyed that accomplishment enough to go for it again.

I signed up for another Run Disney event, which means I will be placed in a starting corral. Last time I was in corral D. I’m hoping to at least be in a similar corral since that worked well for me. To do so I need to submit a time from a 10k (or longer). So I signed up for a couple over the summer. The first one was the Red, White & Blues at the Waterfront Blues Festival in Portland.

At packet pick up I received these goodies. I love that it came with a cherry pie for American spirit, but I’m a sucker for those pink and white animal crackers. 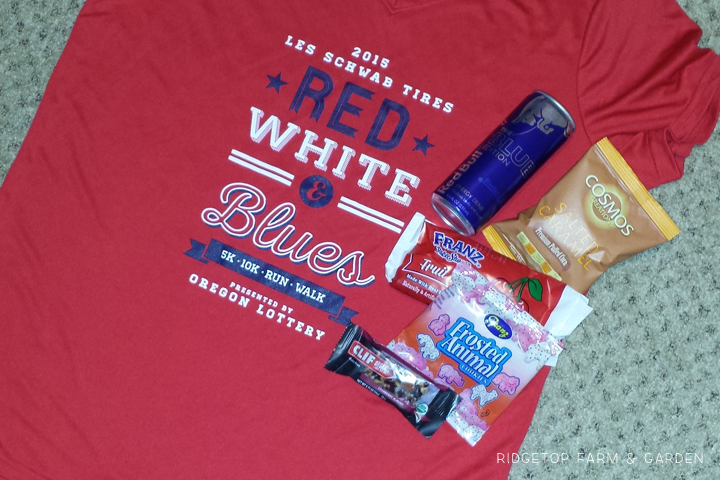 The event took place at the Blues Festival at Tom McCall Waterfront Park. 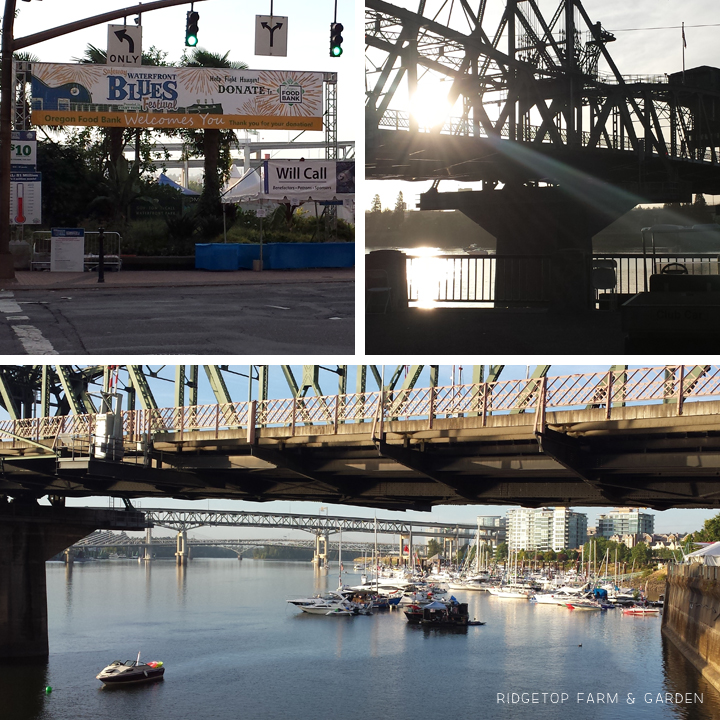 The race started bright and early at 7:00. I didn’t appreciate my alarm that morning, but it was worth it to not run in the heat. We ran through Old Town, over the Morrison Bridge, through an industrial area and back over the Hawthorn Bridge to the finish line. The 5k was one lap, the 10k was two. 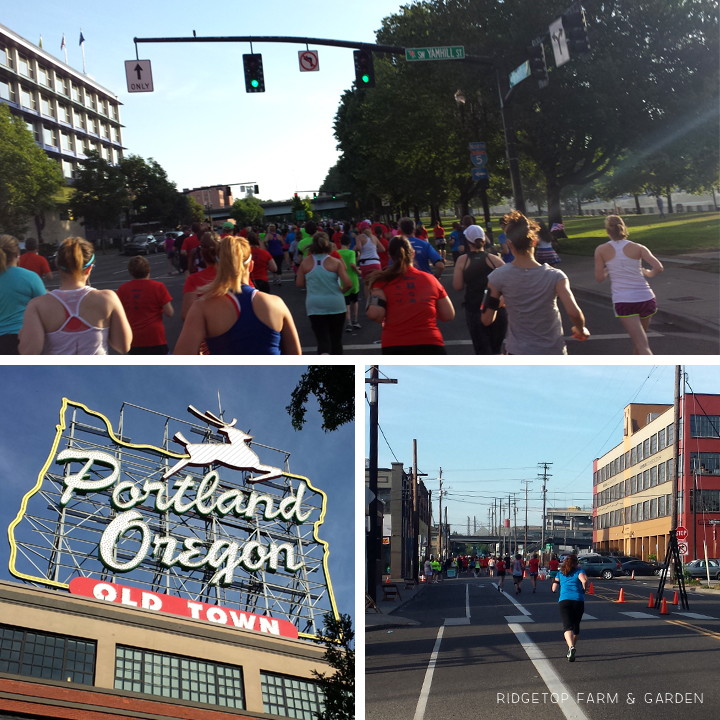 I could certainly tell I’ve been slacking on my running. But my real goal was to get a decent finish time, and I accomplished that. I know last year for the Tinker Bell Half, the time I submitted was somewhere around 12:30/mile. I was able to keep under a 12:00/mile pace for this run. I can’t complain. 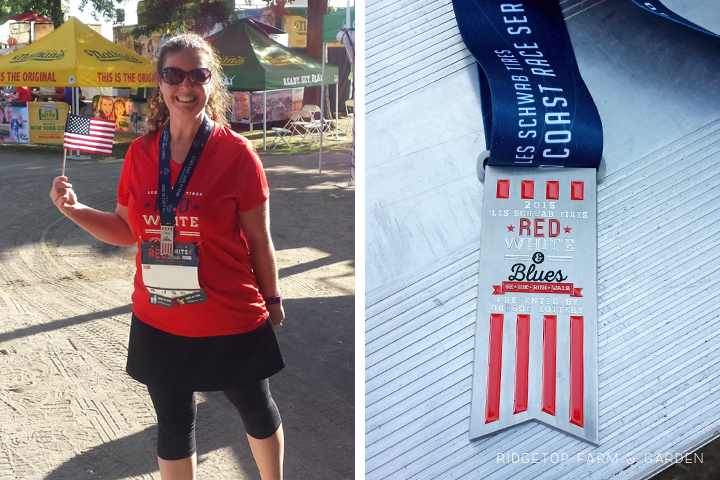 Crossing the finish line, I was handed a medal, a water and a flag. I also had tickets attached to my bib for a water or soda and beer or wine. I chose a Snapple Punch for my kids to try and wine. I drank the wine while watching the awards get handed out. I’m always amazed at how fast some people are. 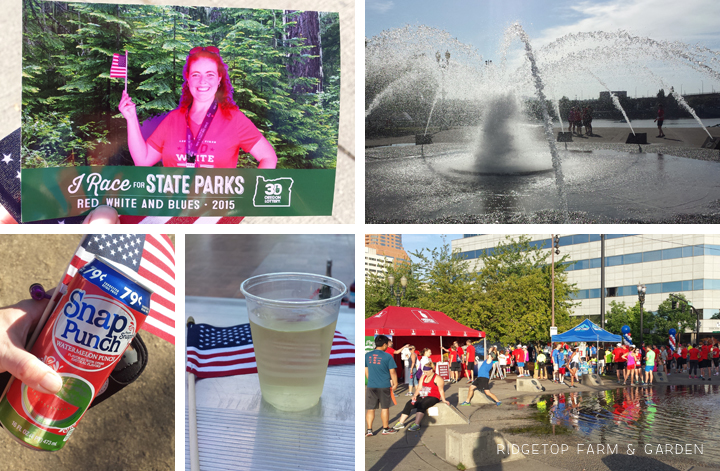