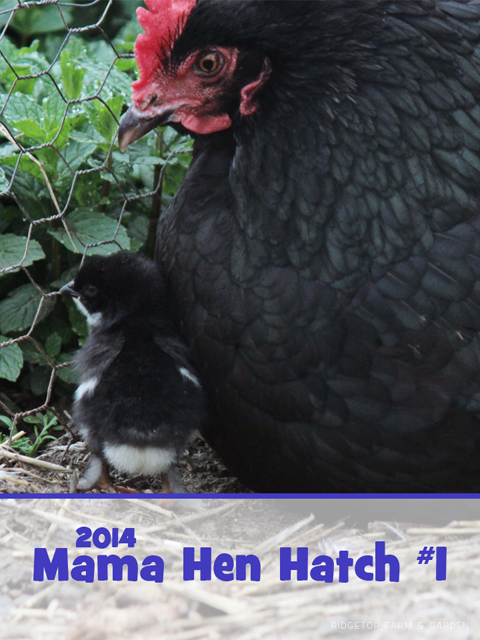 One of our Black Copper Marans had gone broody & was doing quite a good job sitting on her eggs. The only problem was that the other hens kept wanting to lay their eggs where she was sitting. So, she wasn’t able to sit on all the eggs all the time.

A few weeks prior we moved the ducks from their pen to the garden. So that left the duck pen empty & we moved the broody hen & 6 eggs to that pen.

For the first few hours, Ms. Broody paced back & forth in the pen not liking her move. Eventually she settled down & sat on the eggs. Once she sat, she rarely got up.

I wasn’t exactly sure when the eggs would hatch, or if they would hatch. But, I had a date in mind that I thought would be close to hatch day.

As my hatch day guess got closer, I kept a closer eye on the happenings in Ms. Broody’s nest. The day I thought they could hatch I peeked in and saw a fluffy, spry chick!

All was happy in my mind after seeing that chick.

An hour or two later I went back to check on them and found a squashed chick under the new Mama. I didn’t see the fluffy, spry guy.

I went on with my day, taking kids to their activities. By the time I got home I decided I should take the rest of the eggs from Mama. I don’t know why she stepped on the chick. Was it purely an accident or was she just not good Mama material? So, Farmer John & I grabbed the 4 remaining eggs & put them in the incubator. We didn’t see the fluffy, spry guy.

The next morning I was shocked to see Mama and a chick wondering around the pen. Apparently 2 eggs had hatched. We never saw the chick alive that ended up dieing. And, the fluffy, spry guy is a master at hiding.

It made sense, though, because I knew she was sitting on 6 eggs. But, when I went to move the eggs there were only 4. I assumed something happened to the missing egg sometime over the couple weeks she was sitting on them. I never caught her off the eggs to get a look at how many she was still sitting on. 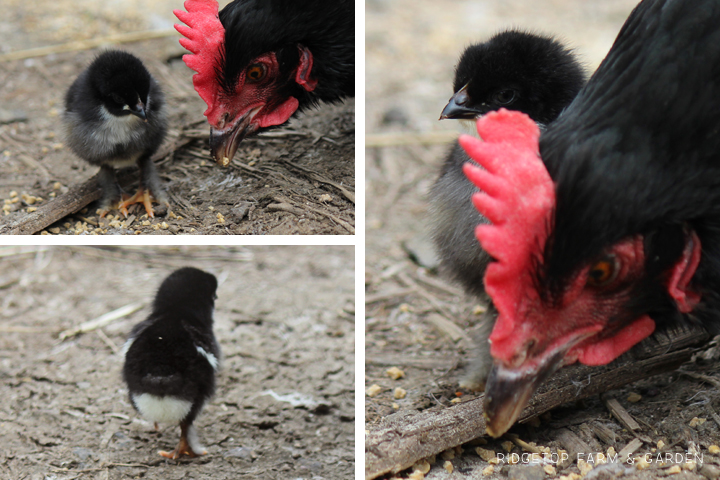 MEANWHILE IN THE INCUBATOR

One Blue Marans hatched with no problems.

A day or two after being in the incubator, an egg began looking odd. Bubbly gross things were coming out of the egg. It was rotten. It began to stink. Just for curiosity’s sake, I took it out of the incubator, placed it in a plastic baggie & broke the egg. Disgusting! It was filled with dark, pukey green liquid & what was once a developing chick. Let me just say it again – Disgusting! This was our first experience with a rotten egg in the incubator. Blech!

That left two more eggs in the incubator. I candled them & they looked different than what I’m used to seeing. But, so did the egg that hatched. I ended up just dumping them because I was getting nervous that maybe they were rotten, too.

We had a chick squished to death, a rotten egg & 2 questionable eggs. If every hatch were like this, I would not be a chicken farmer. Thankfully, our hatches typically go much better.