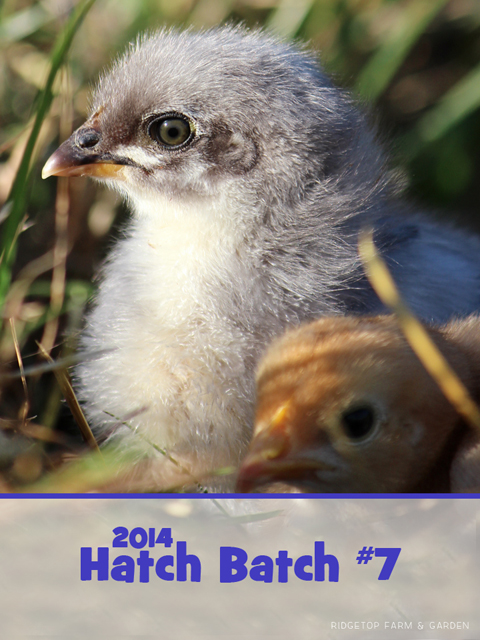 We’re still hatching chicks. We have one more Marans batch in the incubator now, then I think we’ll be done for awhile. I’m hoping by October we’ll be able clearly identify all the pullets from the cockerels. The pullets will come with me to the Fall Swap. Some of them should even be laying by October.

A couple months ago we got another incubator. It was a last minute decision & we needed it right away. So, I ran to the feed store & bought the same incubator we already owned. To keep things straight in my records, I’ve named the incubators. The original incubator is Wilma. I named the new one Betty.

For this hatch the eggs were set in Wilma. At lock down I separated the Easter Eggers & Olive Eggers from the Rhode Island Reds & Marans. I do this because many of our OE’s look similar to our Marans. After the Marans hatch I place a band on one leg to identify them.

Going into lock down

These chicks were only inside for about a week before moving to the brooder in one of our coops.