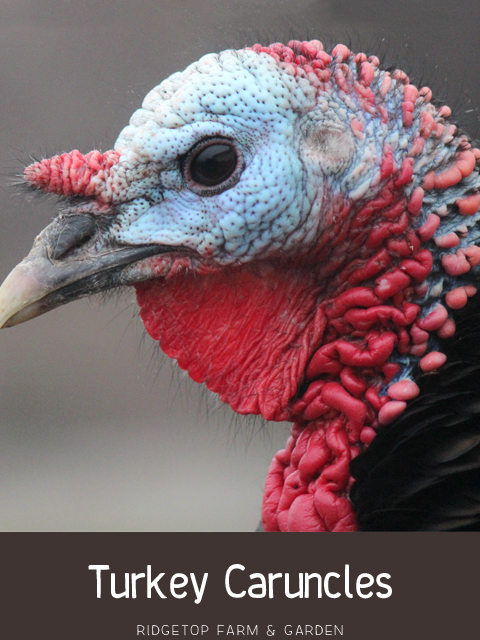 Before we raised turkeys, I didn’t know they had caruncles. I also didn’t know caruncle was even a word. I’ve since learned that the bumpy non-feathery skin on their face & neck is known as their caruncles. Technically the wattle is also a caruncle.

The coolest thing about their caruncles is that they change color. Typically they are a peachy color. As the turkey’s mood changes, so does his caruncle.

The larger caruncles on a tom’s neck are the major caruncles. Hens do not have these, although they do have small caruncles. 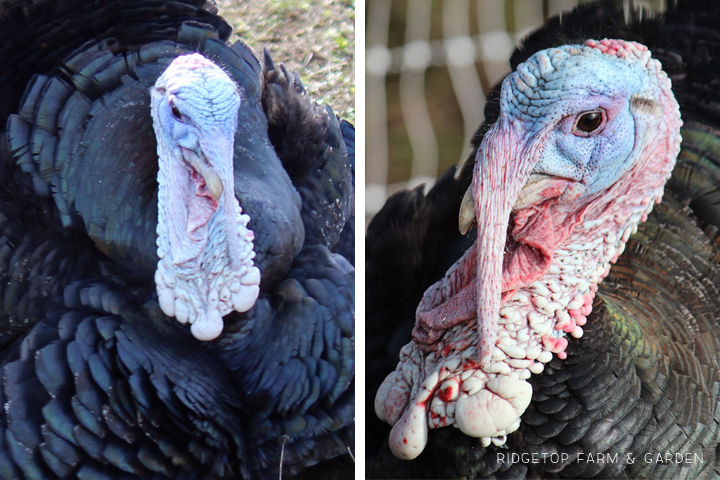 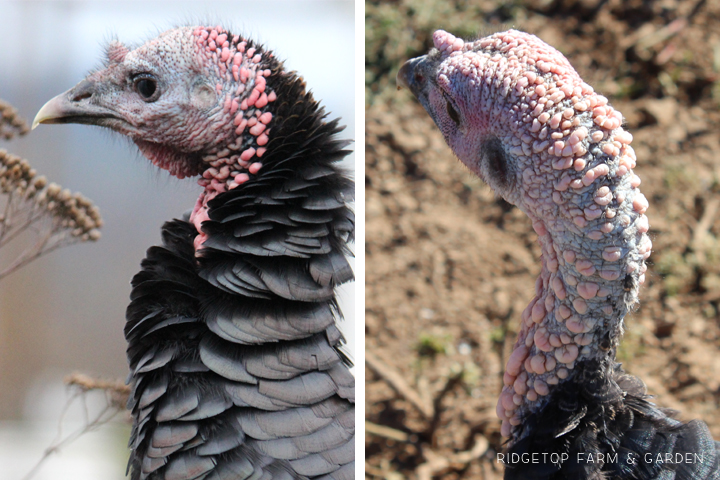 Caruncles, one of the interesting things about a turkey.