Only one new bird this week, but it is one I’m excited about. It’s a Varied Thrush. We see them occasionally around our house, but this is the first time I’ve actually caught one on camera. They never ever stick around for me to even think about taking their picture. The one & only photo (until now) I had was taken by our game camera. This pic I did get was purely by accident. I was taking photos of robins when I realized one wasn’t actually a robin. I was able to get a couple photos, but nothing real close up.

My other pic this week is of gray jays. I listed them as a new bird last week. For just a few minutes I saw 5 of them hanging out near my suet feeder. Until then I thought we only had 3 gray jays around. This explains why the suet doesn’t last long. Not only do we have these 5 gray jays, but we also have 5 Steller’s Jays that visit the suet often. 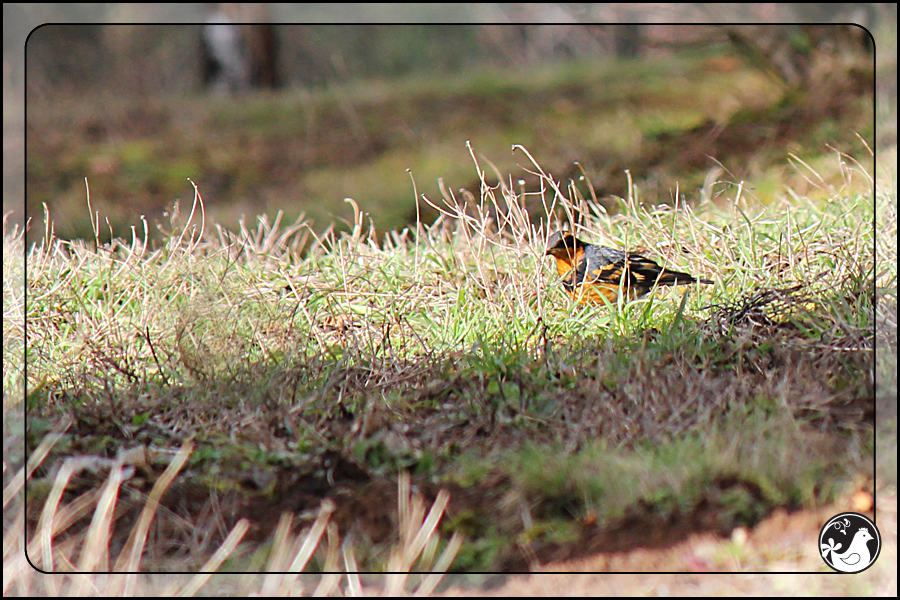 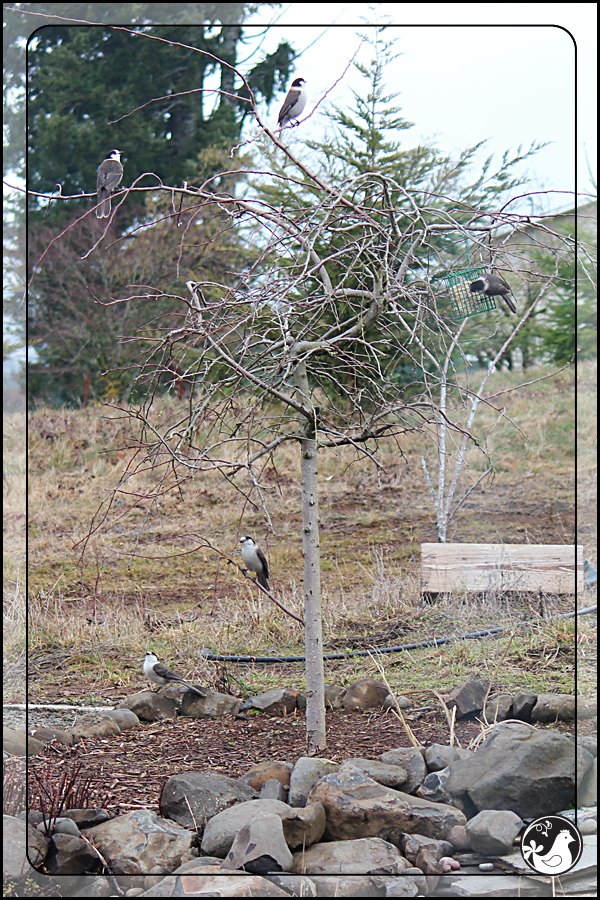