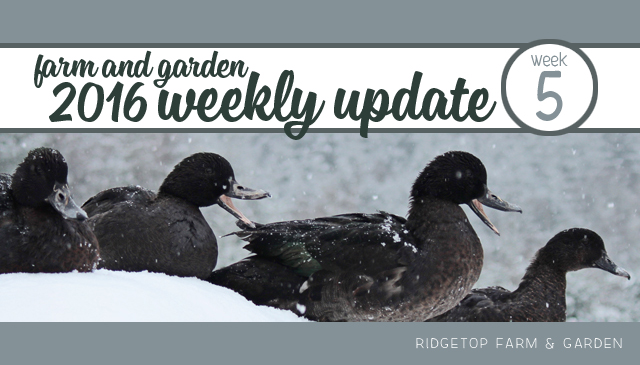 • Farmer John made me a couple hundred soil blocks to start herb seeds. I have a project coming up in April I’m hoping to use the herbs in. We got a little later start on them than I was wanting, so my fingers are crossed that they germinate efficiently and grow to my desired size by then.

• There is a camellia blooming! Just one. But, that’s a good enough sign that spring is on its way.

• A couple weeks ago our car got stuck in the mud while trying to move Oliver and Lois. Unfortunately, that left two long horrible ruts. Fixing them is now on our to do list. Until then, though, the ducks get to enjoy the water that fills the ruts. They love it.

• After Olaf passed I knew we would need a new companion for Sven. An odd circumstance came about and brought us Vern, a 2 year old Nigerian Dwarf wether. Perfect! Sven is also a 2 year old wether. And, funny enough, Vern and Sven have the same coloring. Their markings are different, of course. But, they look very similar. In a week or two we should also be getting Vern’s mom, Pearl.

• We picked up our pork from the butcher. The bacon is amazing! The ham is good, too – probably would have been even better had I not slightly over cooked it.

• In April, I’m running a half marathon. I’m hoping to knock over 8 minutes off my best half time. I don’t know if it’s actually doable, but I’m going to go for it. I’ve upped my training schedule. I would also like to lose 12 pounds by then. Maybe if there isn’t quite so much of me to haul around, I will move quicker. I tend to lose weight very slowly, so 12 pounds may be a little optimistic. Even a 7 or 8 pound loss would be great. To lose the weight I’m trying to eat better. No crazy diet scheme. Just eat better. Less chips & salsa. Less fast food. Less soda. But… I want to eat food that is more exciting than a salad. I like salads, but I need a change. I tried two new recipes this week. They were both flops. I made California rolls. The first ones had crab, cucumber and cream cheese wrapped in nori and rice. Blech. I thought maybe it was the crab I didn’t like, so the next day I made the roll with tuna. Still, blech. Now, I think it is the nori. This was the first time I had bought it. I think I need to try a different brand. I also made hummus. I’ve been on a carrot and hummus kick. I get a garlic and oil flavor from the store that I love. I was hoping to recreate it. Nope. Mine was horrible. So horrible there’s no way I would eat it. I don’t even think Farmer John’s been eating it and he’s not too picky. My adventures in cooking this week didn’t work out. Darn it. 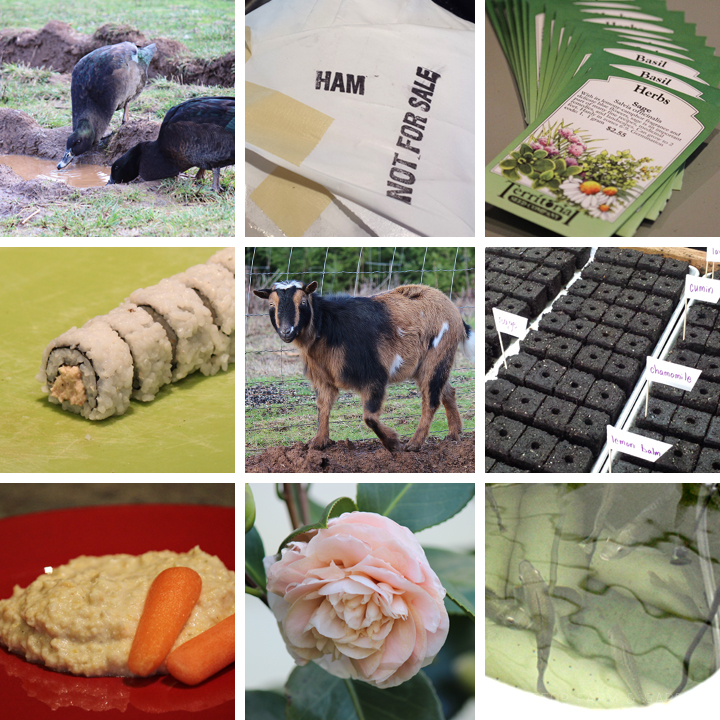