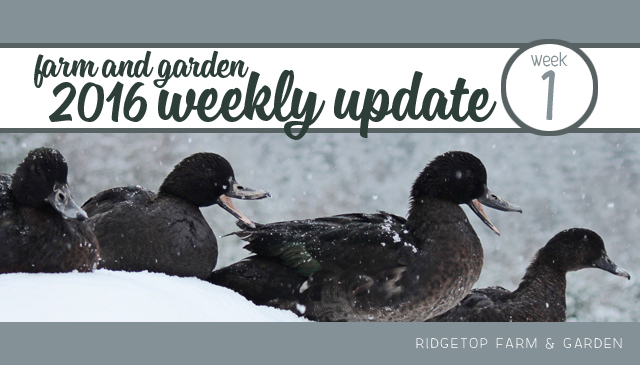 I’m trying something new this year – an update each week about what’s going on around our farm and garden. I’m aiming for just a quick rundown of the week’s happenings. Hopefully the coming weeks are not as eventful as this last week has been. It’s been a rough start to 2016 – which means it can only get better.

• It has snowed off and on since before Christmas. We don’t get many snow days around here, so it’s been fun. The kids have gone sledding many, many times.

• A couple days the cold temperatures and wet ground resulted in slippery driving conditions. That’s always exciting coming and going on our hill.

• Despite having moved Olaf to the garage to keep him warmer, he passed away New Years Day. Olaf was our pet and will be missed. I think I took it especially hard because I just watched my grandpa pass away the night before.

• The power went out New Years Day. No problems with it. It just added another jab in an already crummy day.

• We still have Oliver and Lois, so Sven is living in a chicken run for now. It’s absolutely not ideal. But, I watched Oliver attack Olaf and I don’t want the same thing to happen to Sven. Also, Sven is frightened of both Oliver and Lois – for good reason, they aren’t nice to him.

• We purchased quarter of a beef from a friend and is now put away nicely in our freezer just waiting for dinnertime.

• It took two trips due to a stubborn hog, but the pigs went to the butcher. Soon we will have pork in the freezer again.

• For some strange reason our dog, Remi, followed Farmer John when he left to take the pigs to the butcher. John noticed he was following him down the driveway and told Remi to go home. John assumed he did. Apparently, he did not. A couple hours later, at bed time, the dog was nowhere to be found. Because it snowed that day, John was able to track him. He tracked his steps 4 miles down the road. Then, they just stopped. We put up a sign & posted about it on Facebook. The next morning we got 2 leads and thankfully we got Remi back. He’s been a bit sluggish since then, though. I’m hoping he’s just wore out from the evening’s adventures.

• I ordered herb seeds. Woo hoo! And, a few flower seeds. I’m going to give sunflowers a whirl once again. I don’t know why. I certainly can’t get them to grow.

• I snapped a few photos of a Varied Thrush, which was exciting. They are so skittish and fly off the moment they get sight of me. I was/am quite thrilled this guy stuck around long enough (twice) for me to take his pic. 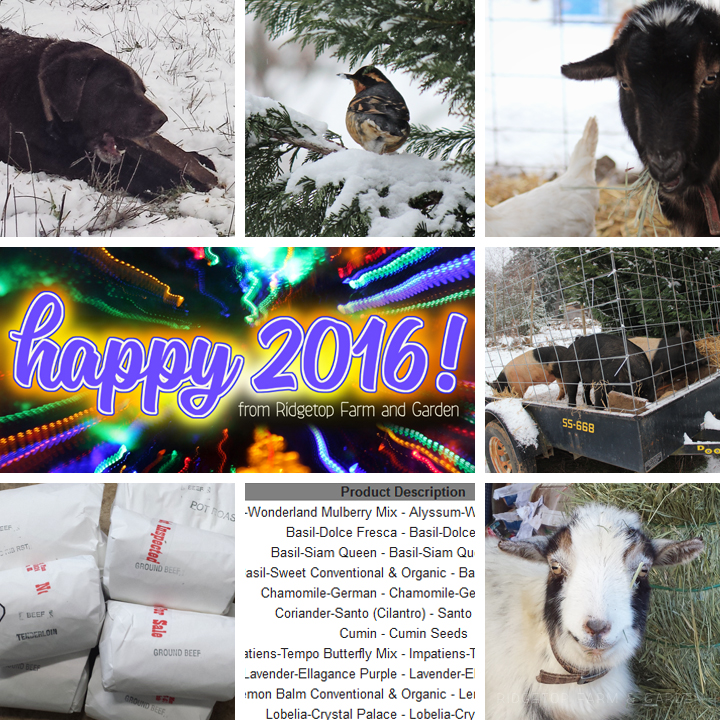