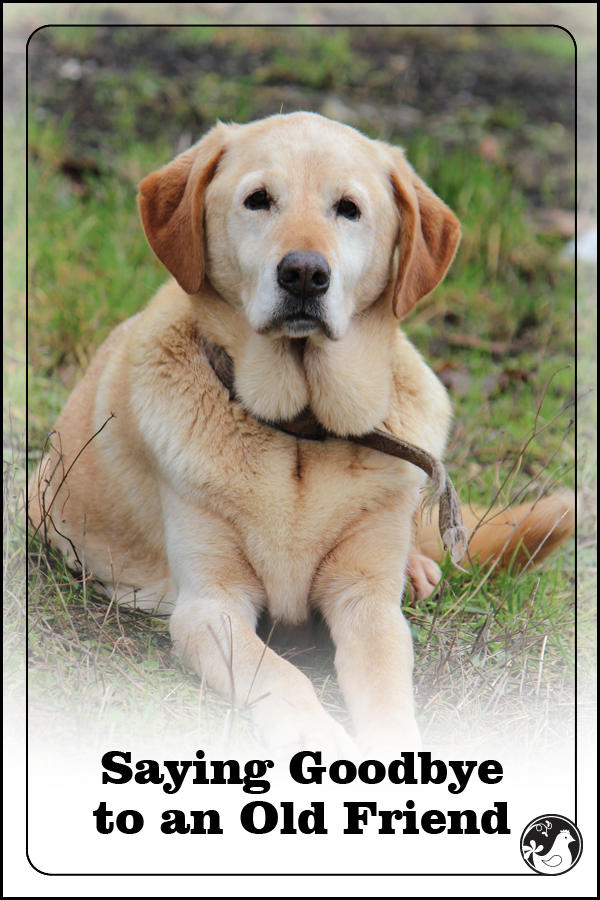 It’s been a rough couple days. Earlier this week, I backed over our dog.

The kids & I were on our way to town & when I started backing up I felt a bump & heard him yelp.

Death is such a weird thing to ponder. Like, was it meant to happen that day? And, if so, why? Or did two off decisions that day just not work out? He didn’t usually lay behind my car. Why was he there & why didn’t he move? He couldn’t hear well anymore, maybe he didn’t hear me start the car? Wednesday is the one day a week I don’t usually have to go anywhere. This Wednesday I decided to take the kids on a field trip for school. If we would have stayed home like normal, our dog would still be with us.

He was 12 years old. We got him just days before finding out we were pregnant with our first child. He grew right along with the rest of our family.

My sister saw him at a shelter one day. She thought we might like him & we did. He was 8 weeks old & we brought him home. He was a yellow lab, possibly a mix. We named him Austin. One of his eyelids was not right. It turned in so that his eyelashes were facing his eye. We took him to the vet & he had surgery. The surgery did help his eye, but both his eyes ended up being slightly droopy & a bit watery from then on. 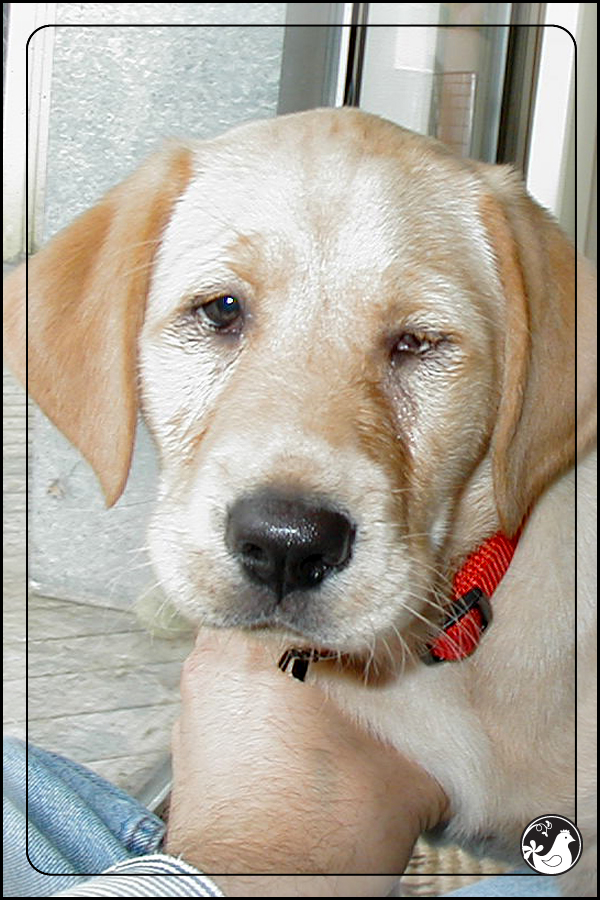 Doing what puppies do. 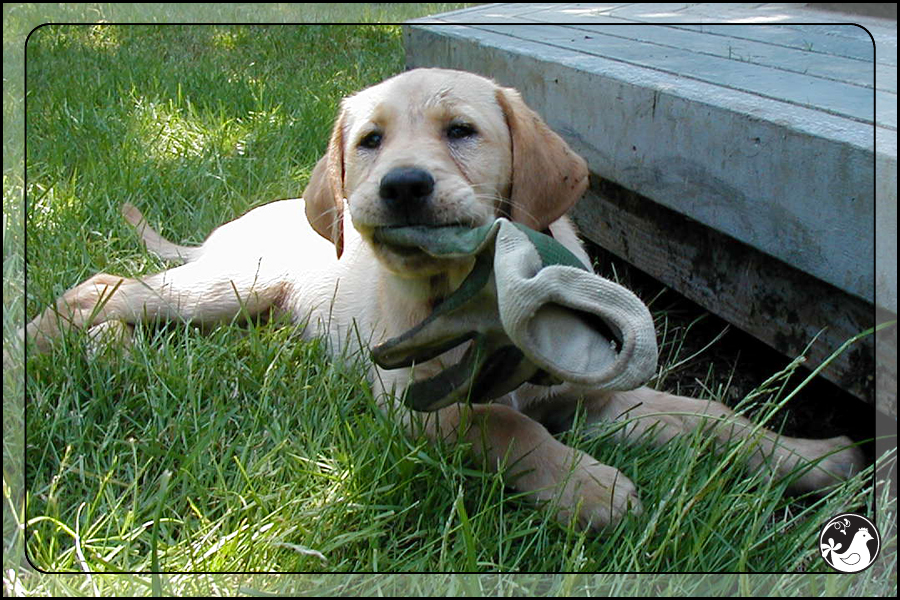 Farmer John had a German Shorthair when we got married. Our new puppy used him as a chew toy. 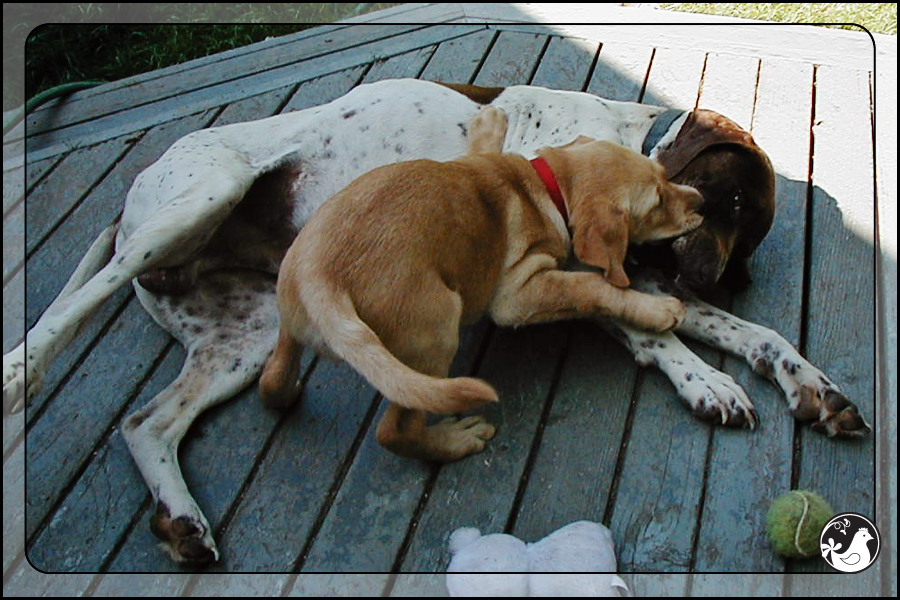 Resting after a long day of chewing anything in his path. He seemed to outgrow the hyper puppy stage fairly quickly. 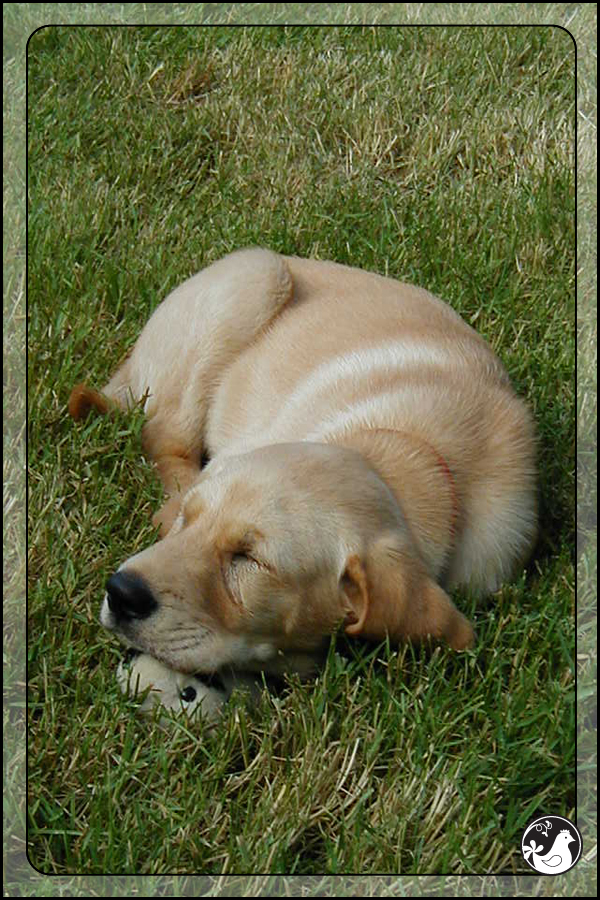 When Austin was a year old & our oldest son was just a few months old we went camping at Crater Lake. 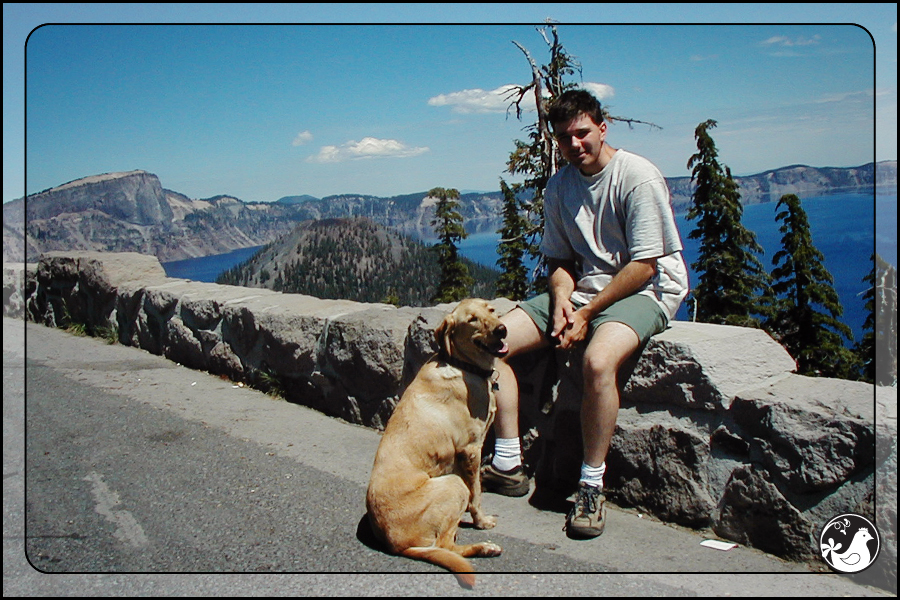 He was always very tolerant of the kids. 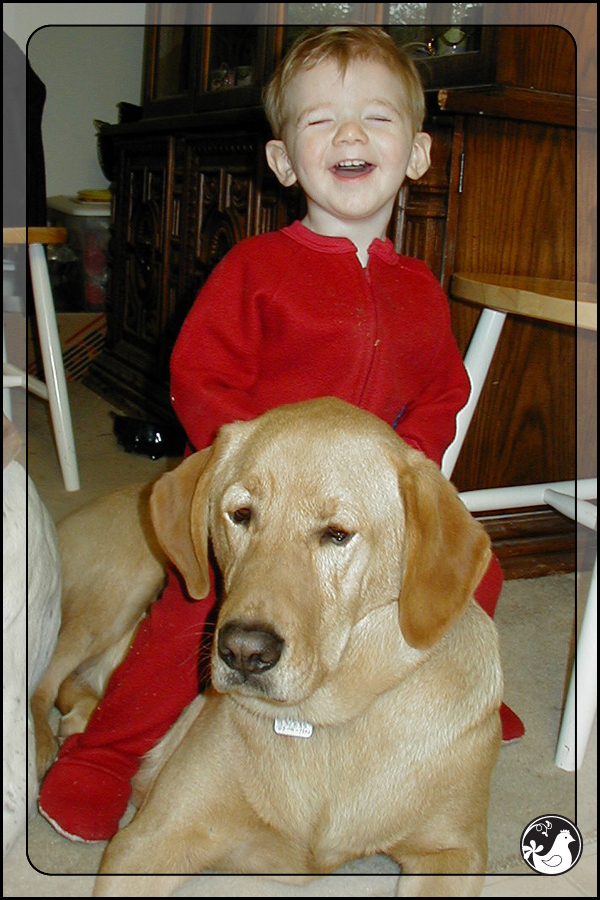 When he was 3, we went on a road trip to Minnesota. We had our 2 boys at the time. He rode in the backseat with them. 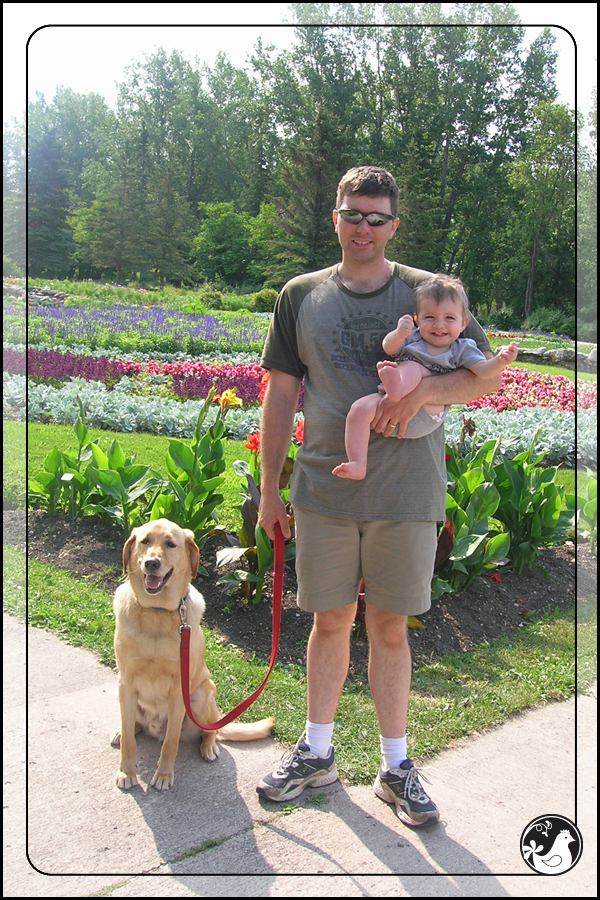 The first winter at our new house.
He lived with us at my parents house for a year while we were building our current home. 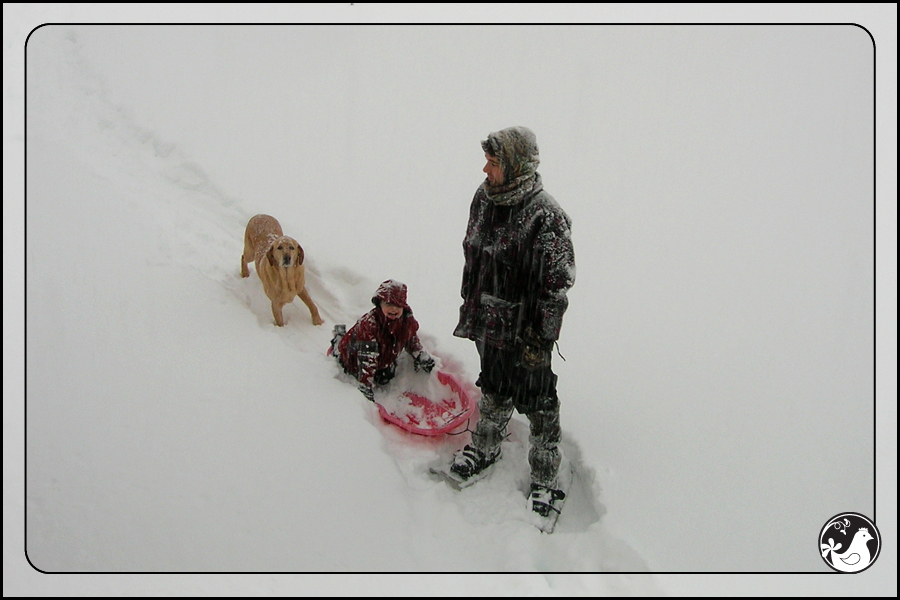 All the kids loved Austin, but our daughter played most with him. 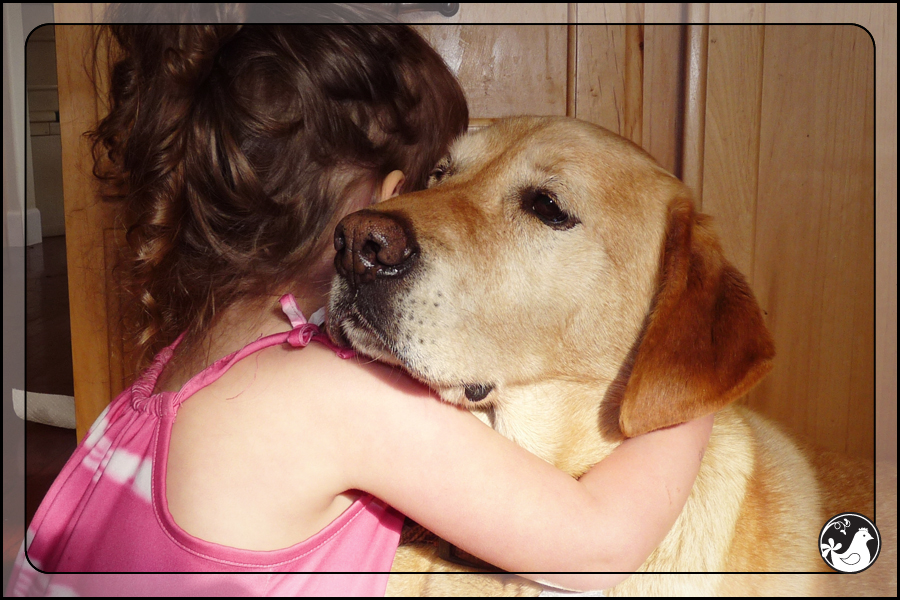 She sat on him. 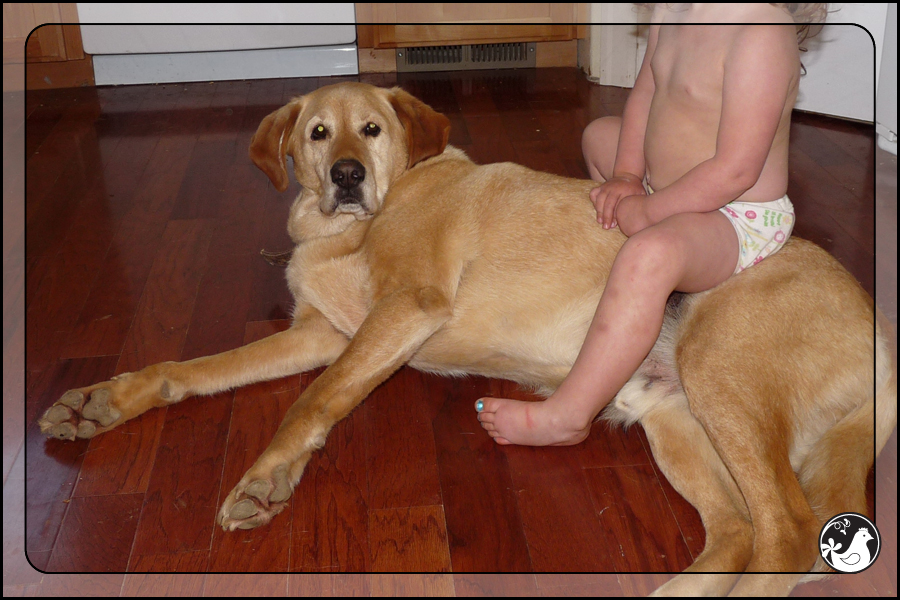 She covered him with blankets, then layed down beside him. 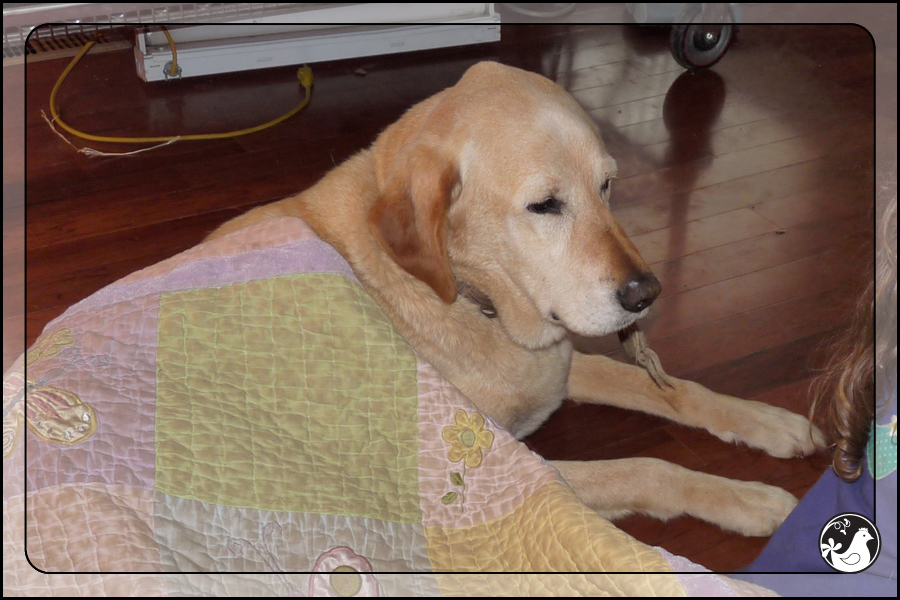 She dressed him up. 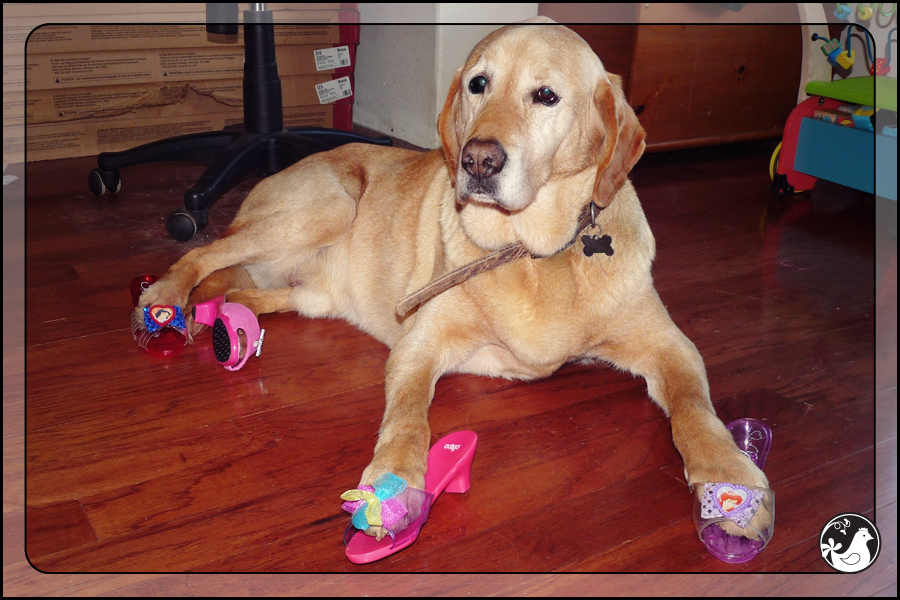 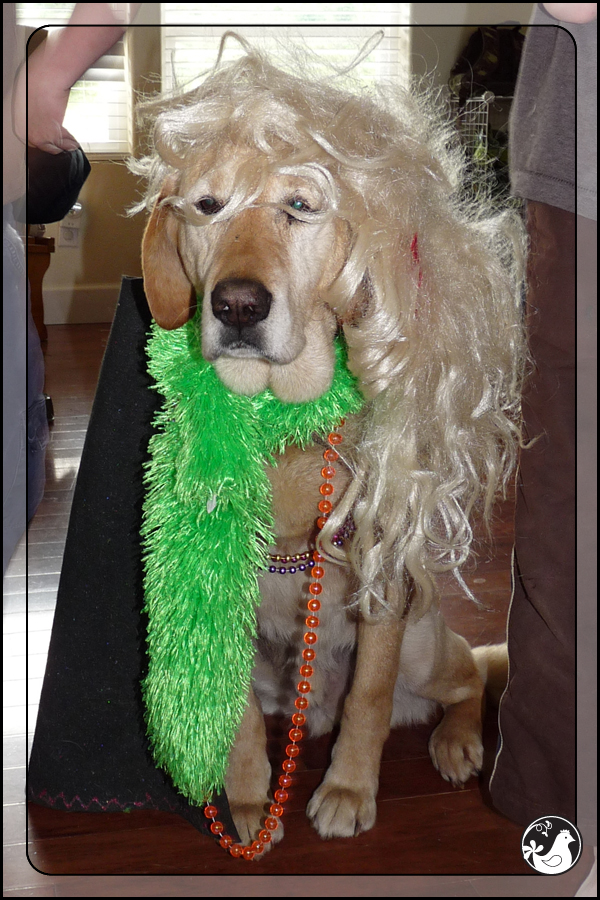 He was a calm dog. Then, we brought home a puppy. He was forced to play more than I think he wanted to. But, it was good for him. It kept him young at heart. 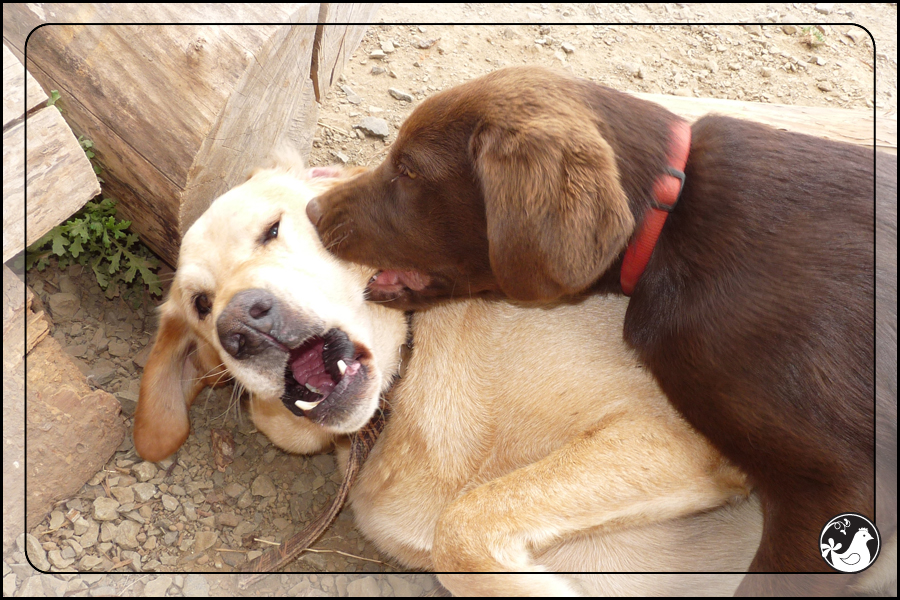 The two dogs would often hang out wherever the kids were outside. 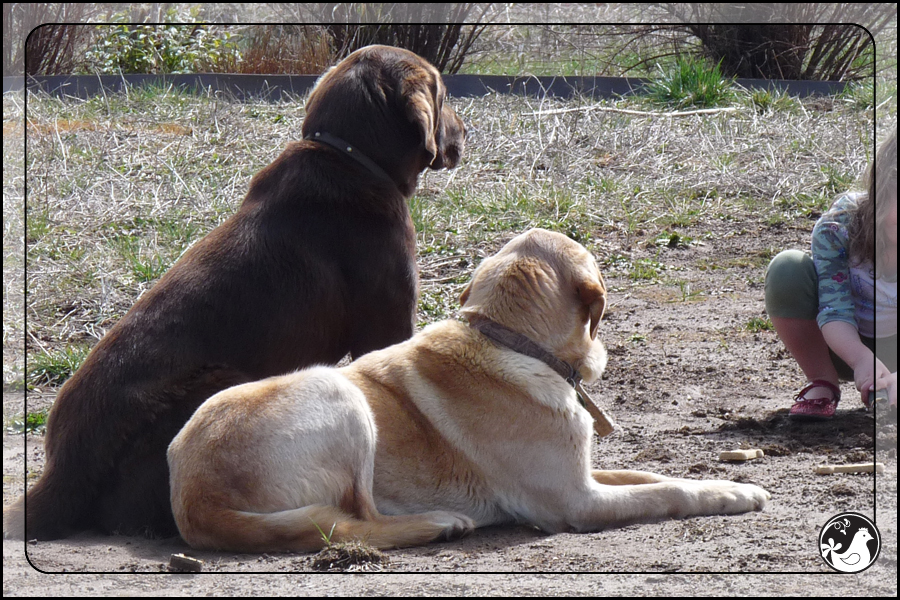 He’d go for walks with us around our property. One day we walked down by the creek, through a huge mess of downed trees & overgrown vegetation. He was smart enough to know he didn’t want to tromple through that mess, so he waited at the edge until we came back. Then, walked home with us. 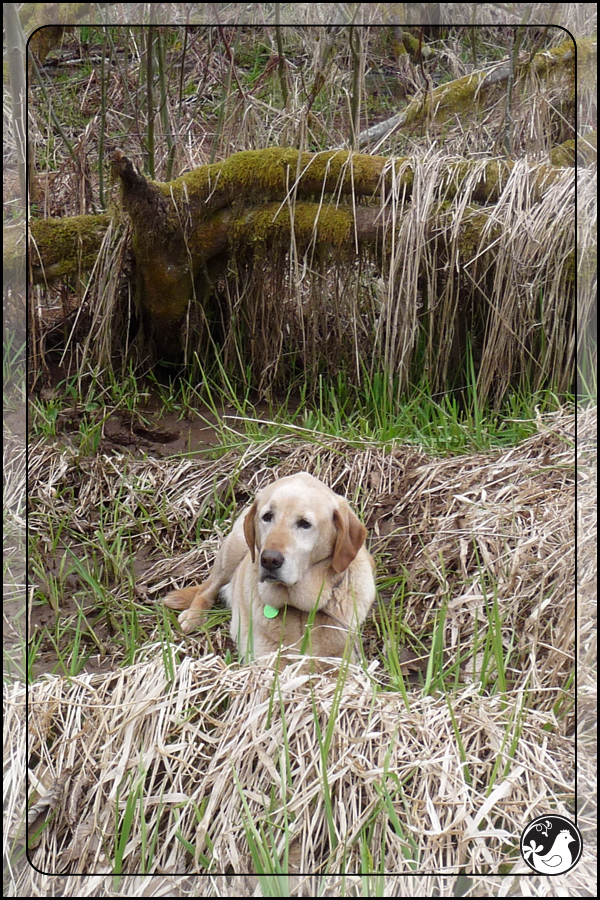 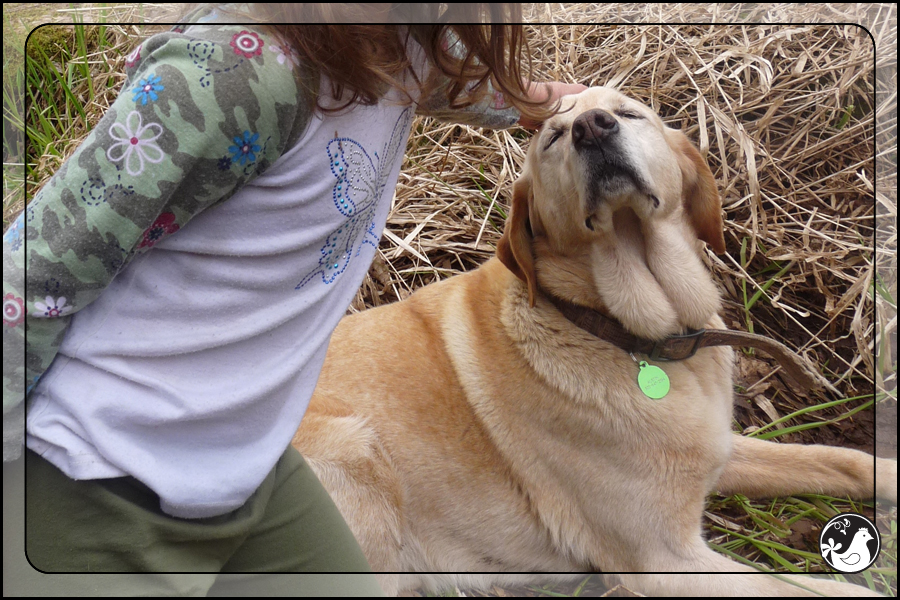 He liked hanging out on the front porch soaking in the afternoon sun. 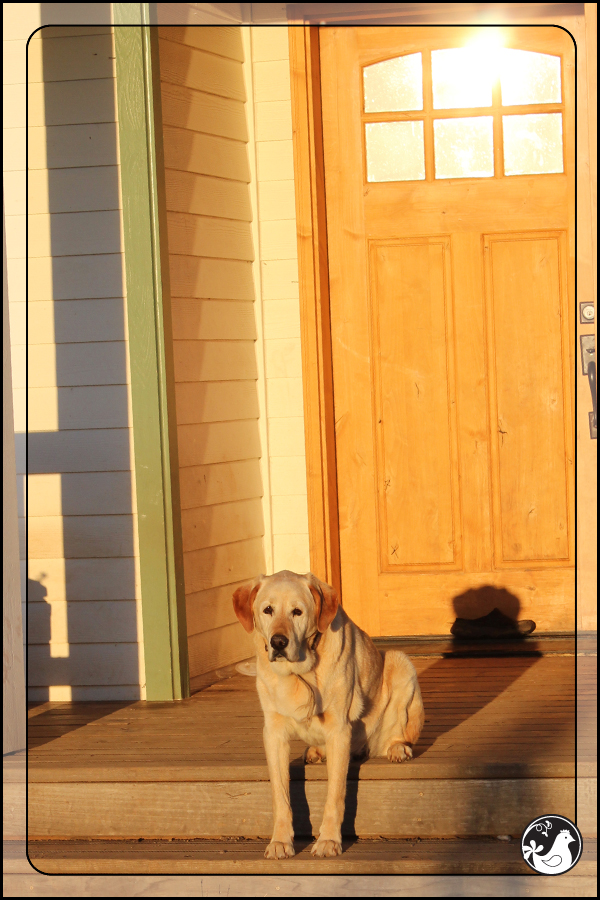 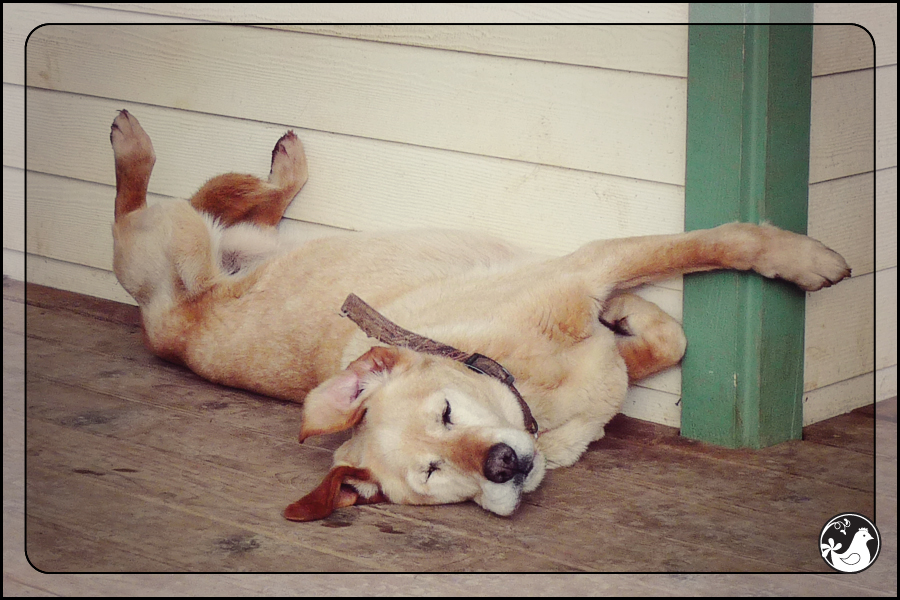 As he got older, he spent a lot of time laying on the back step. 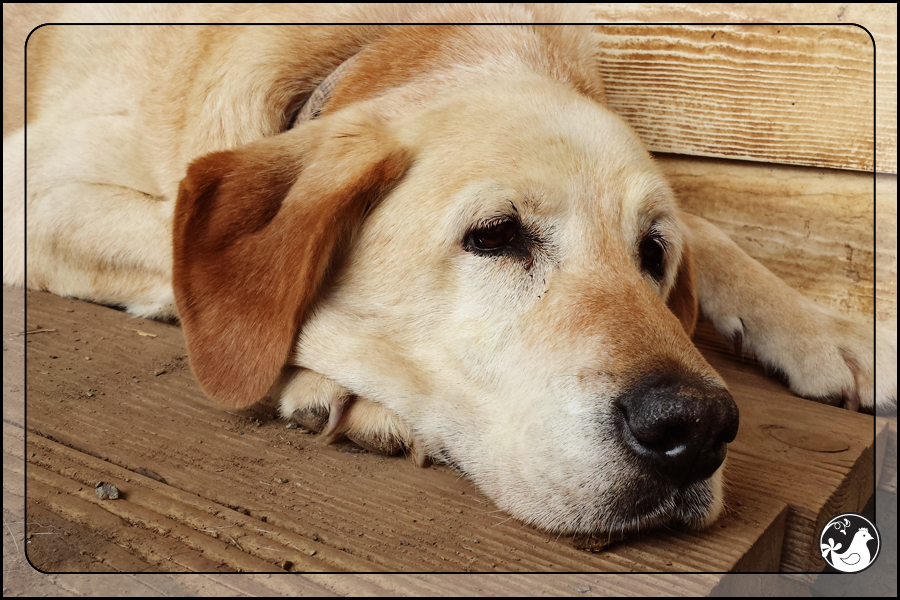 Austin & his buddy, Remington. Remi’s probably missing Austin as much as we are. 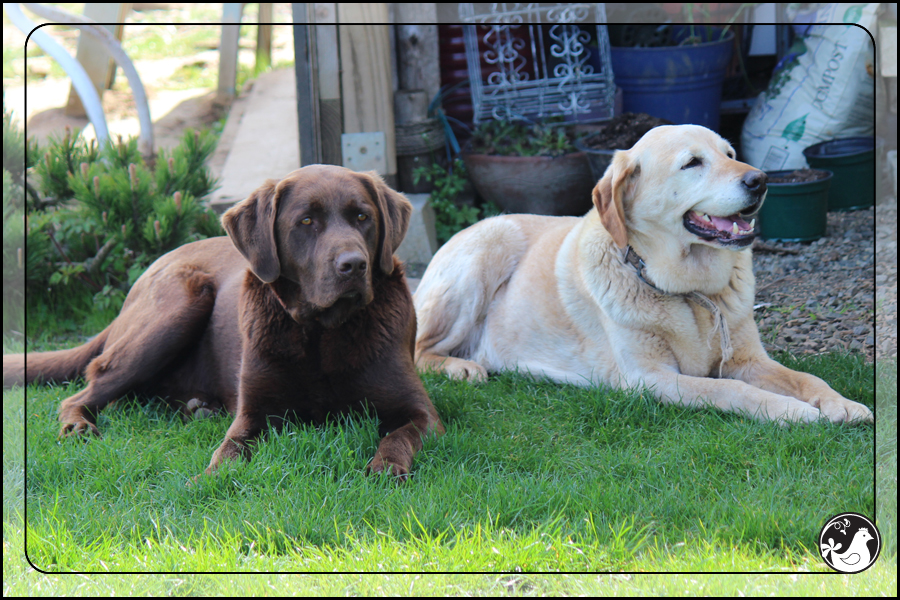 One of my favorite pics.
Our daughter likes having the dogs around. One day she bungee strapped Austin to the other swing so he would stay near her while she played. He’s giving me a Please help me look, but he never tried to move away from her or the swing. 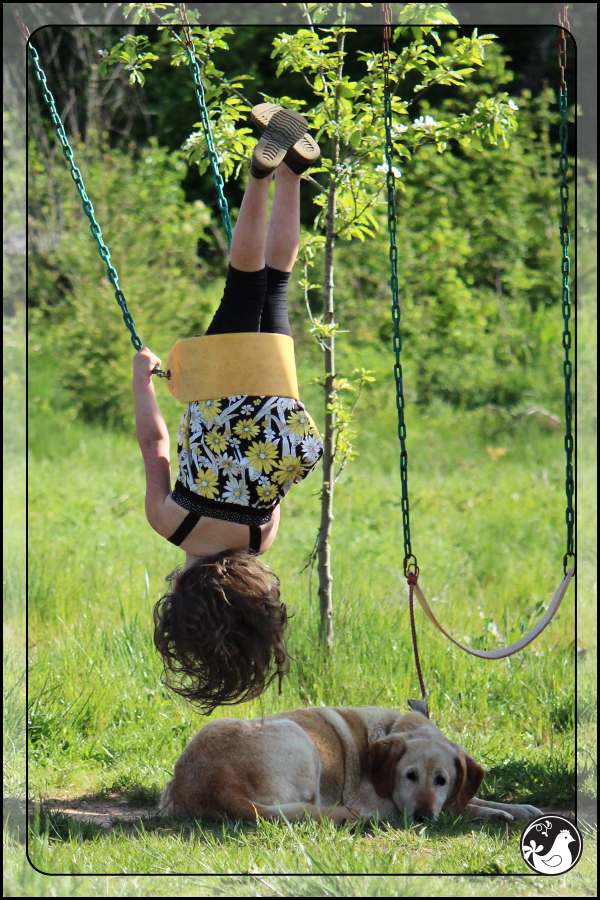 I’m so sorry, Austin. We will miss you.