This week I have only 1 new bird, but it is one of my favorites: the Great Blue Heron. This was, by far, my favorite Blue Heron sighting. Typically I know I better snap a pic quick because it will fly off any second. Not only did this guy not fly off right away, but he let me sit & watch him for about 20 minutes. That was awesome enough & for that he is now my favorite Blue Heron ever. The best part, though, was watching him catch & devour a field mouse. I caught it all on camera, but unfortunately it happened so fast that not all my pics are in focus. I’m posting them anyway because I thought it was so cool.

Sittin’ there all calm, cool & collected 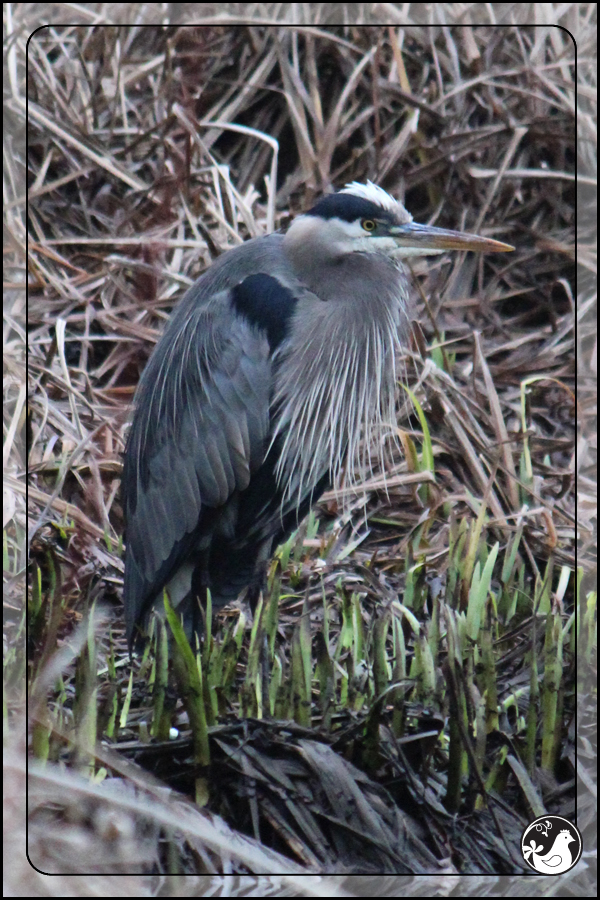 Then something caught his attention. 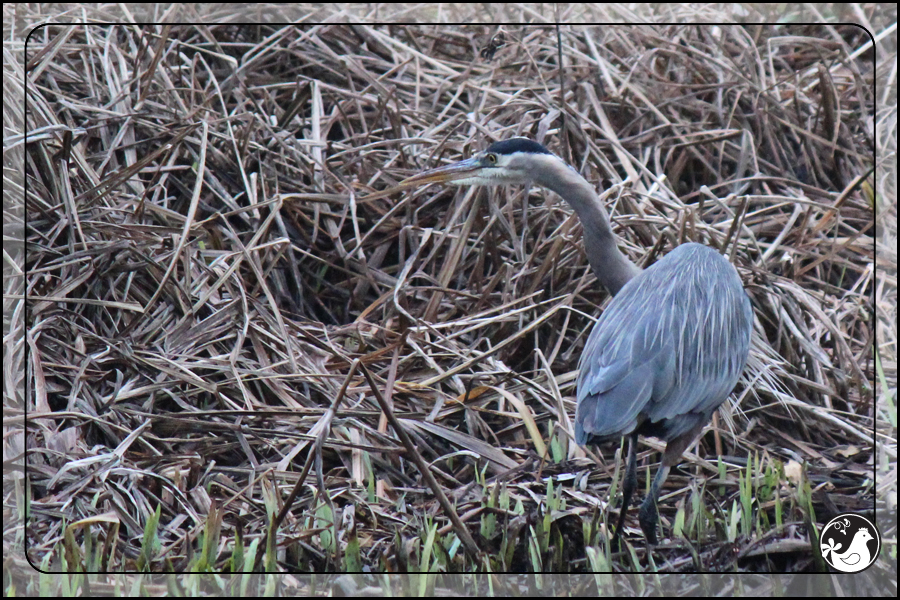 And off he went. 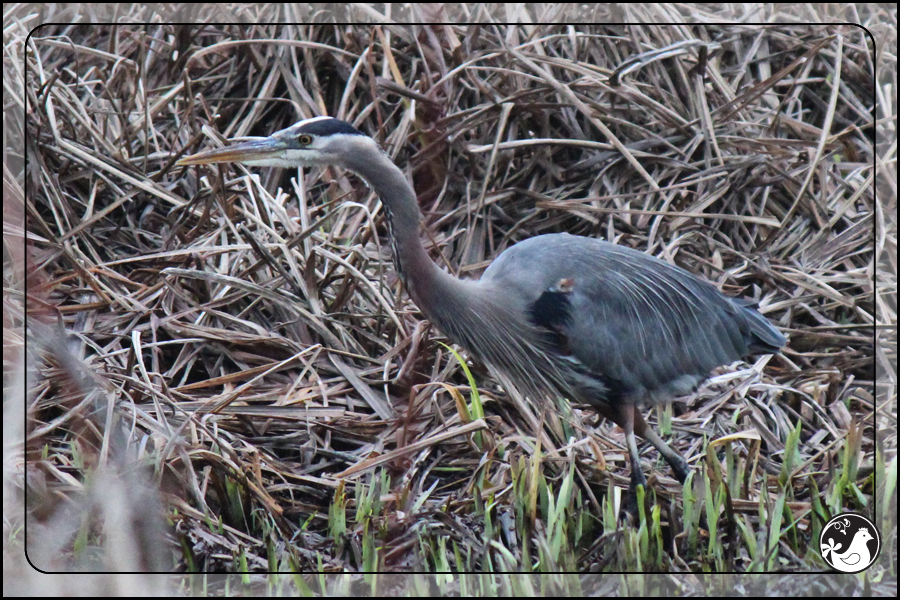 He got down low 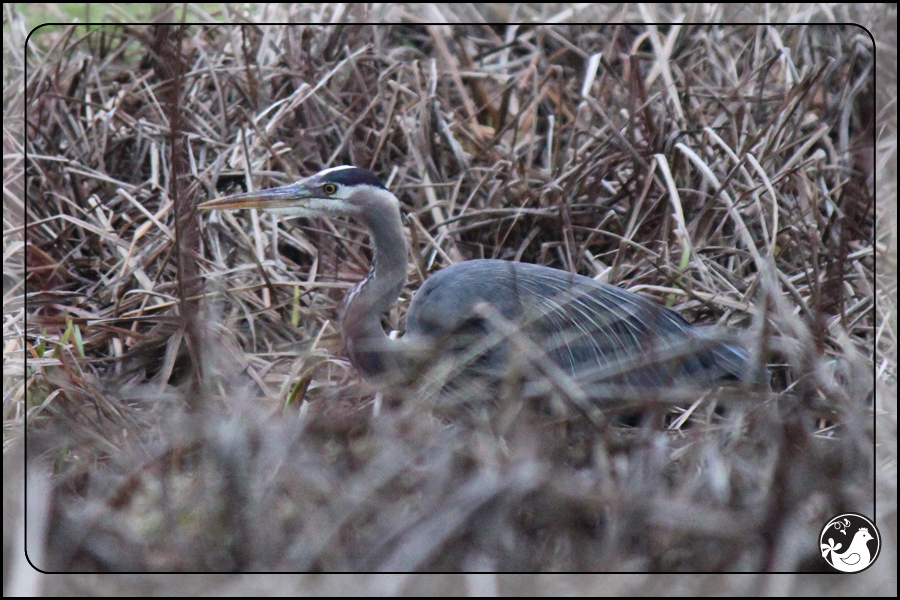 and stuck out his neck as he walked. 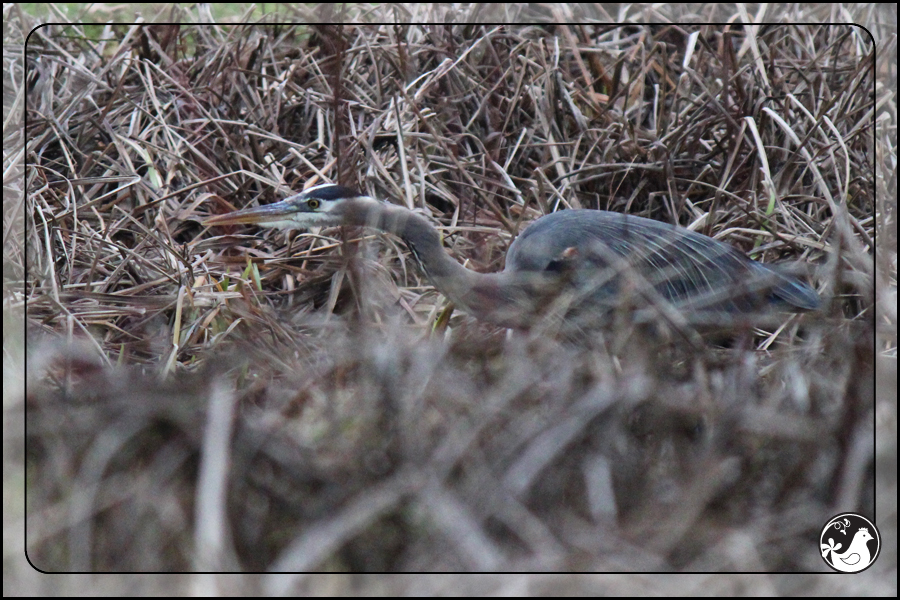 All be danged the next thing I knew he had caught a field mouse. 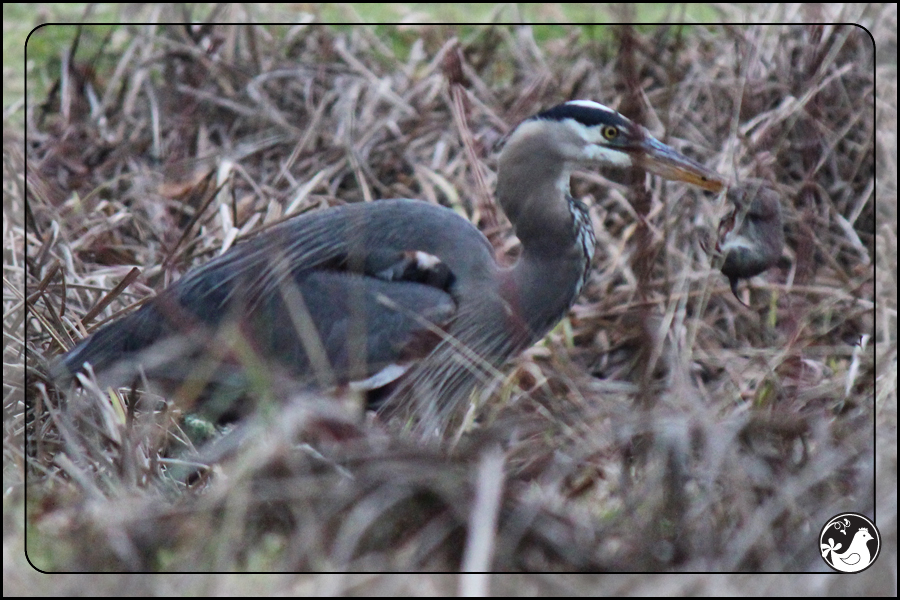 He headed to the water with it. 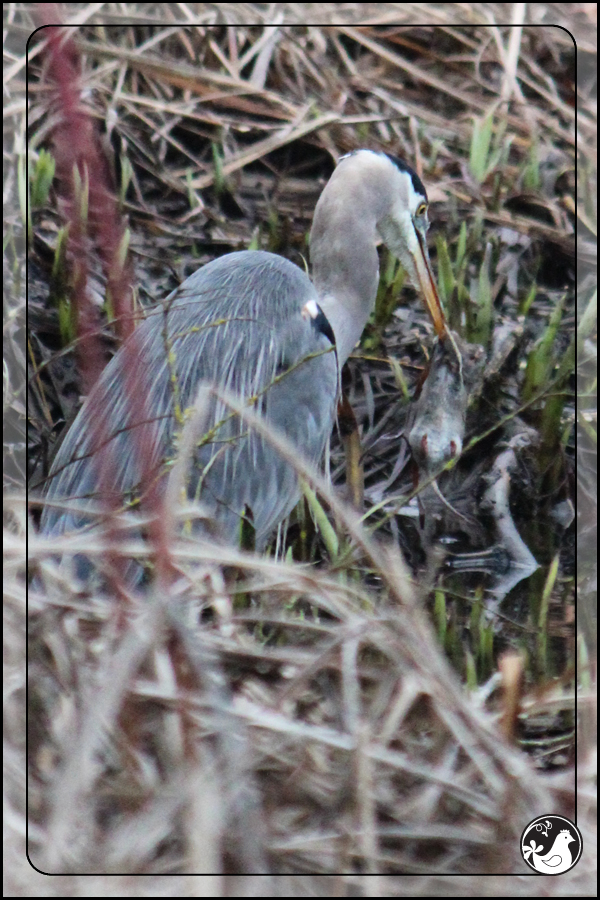 Gave the mouse a dunk 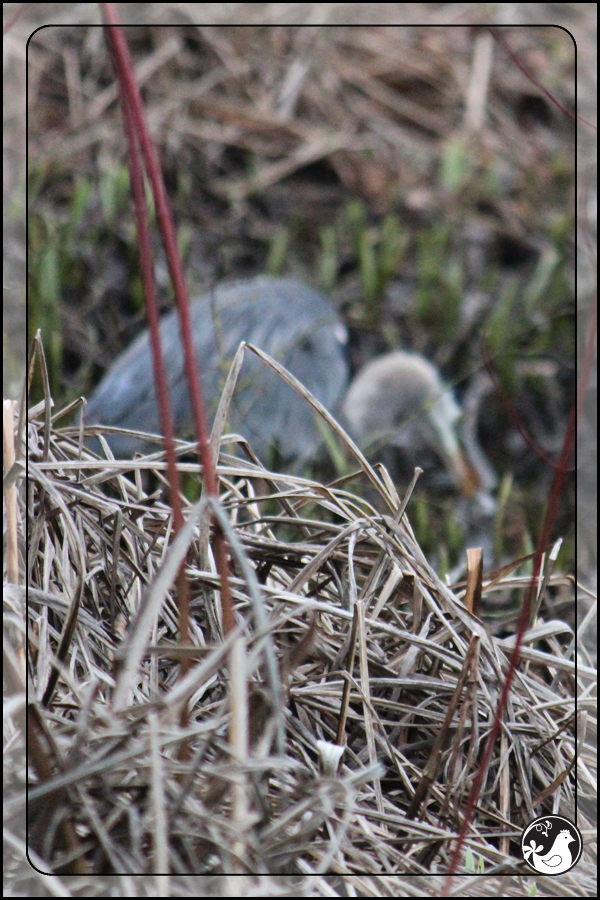 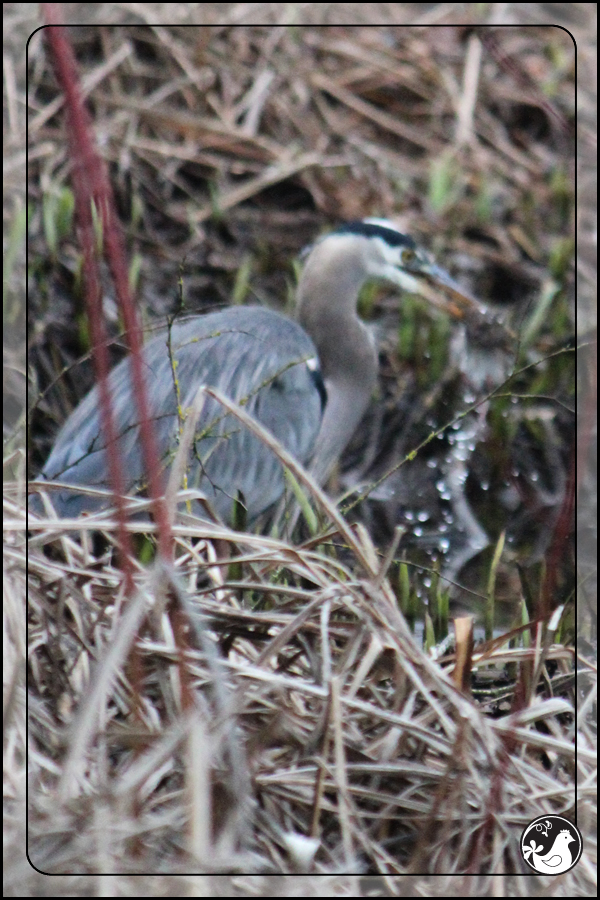 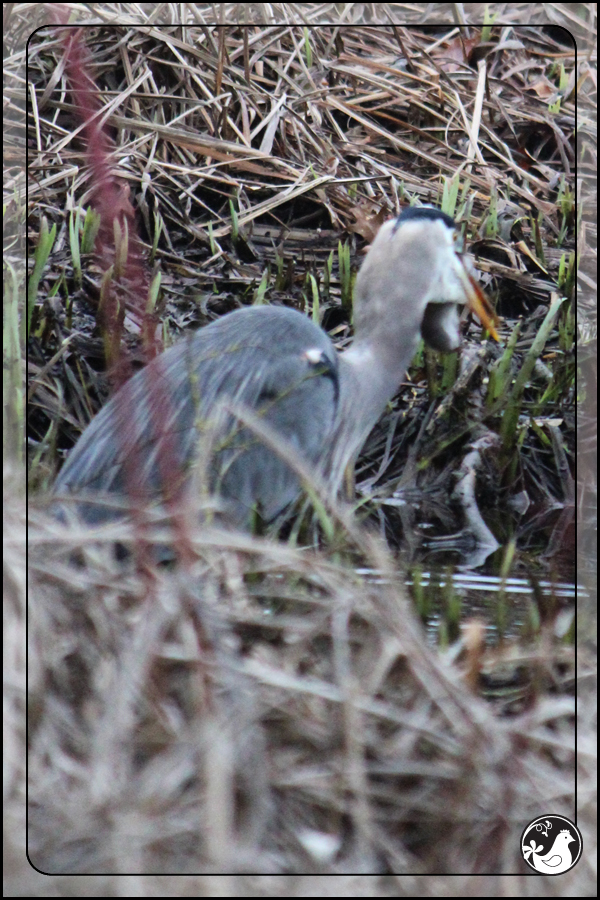 He swallowed it whole. 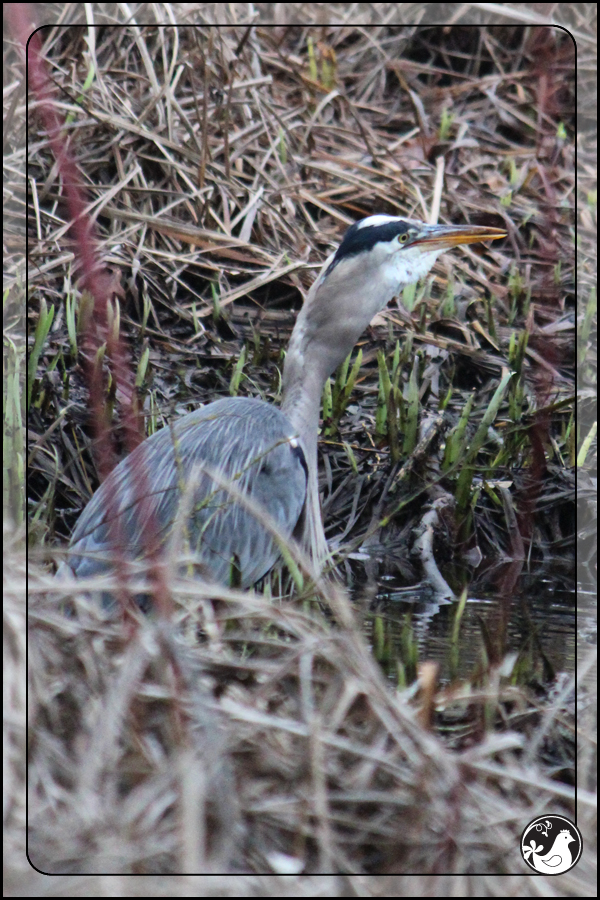 Just chillin’ after a yummy meal. 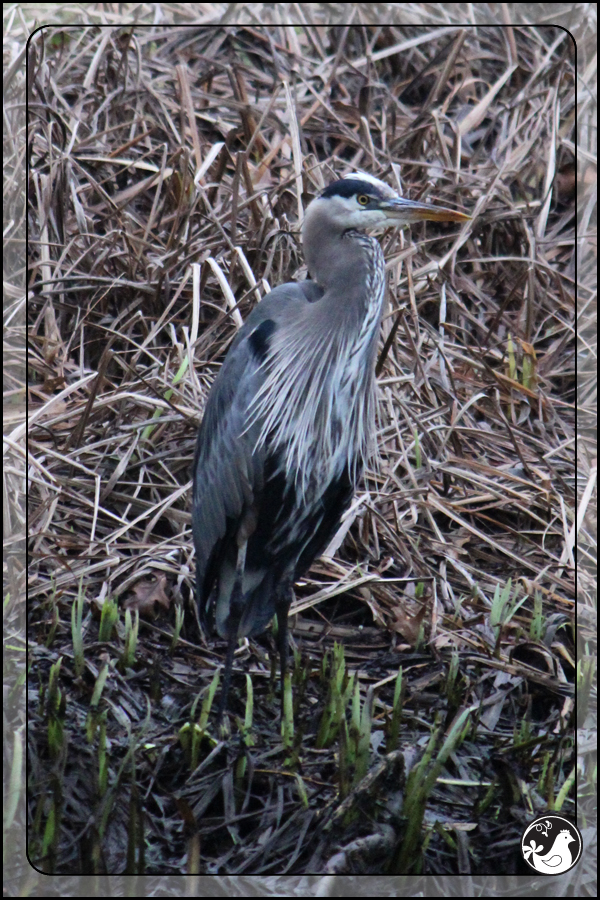