This week we had a great bird experience. We were driving home when I saw an owl in the road. Maybe it had caught lunch? I’m not sure why it was there, but as we got closer it flew into a tree on the side of the road. So, the kids & I watched it. I took pics with my phone & my son happened to have his camera, so he took pics too. When the owl flew away, it flew a little further up the road to a tree that had another owl in it. Eventually they flew off again up the road and into another tree & we continued to watch them until they flew off the last time too far for us to see.

I believe they were Barred Owls. They were such a fun, unexpected surprise on our way home. It was right around noon. I certainly wasn’t expecting to see owls in the middle of the day. A couple times we’ve seen owls swoop in front of our car when we’ve been driving home at night. But, to actually get to watch & observed the owls was a rare experience. 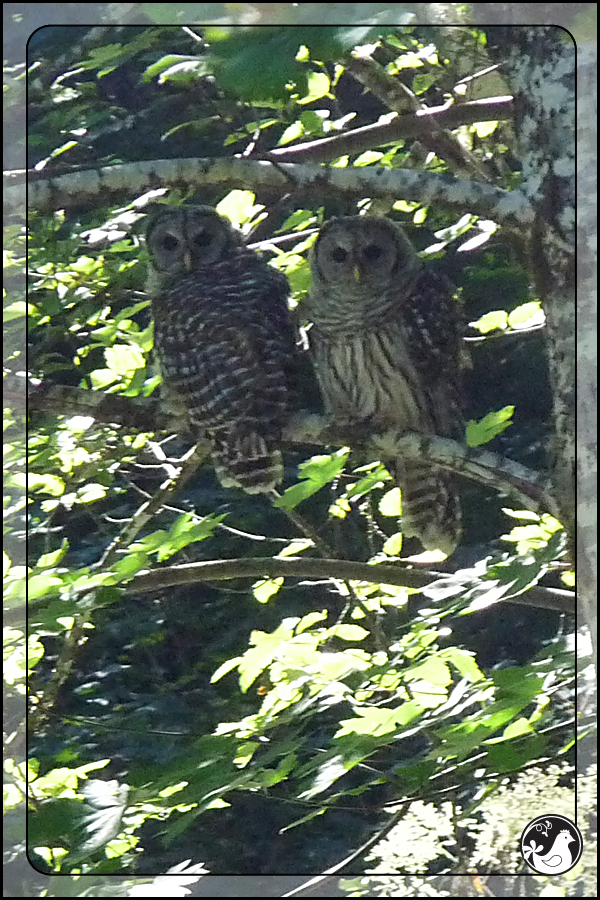 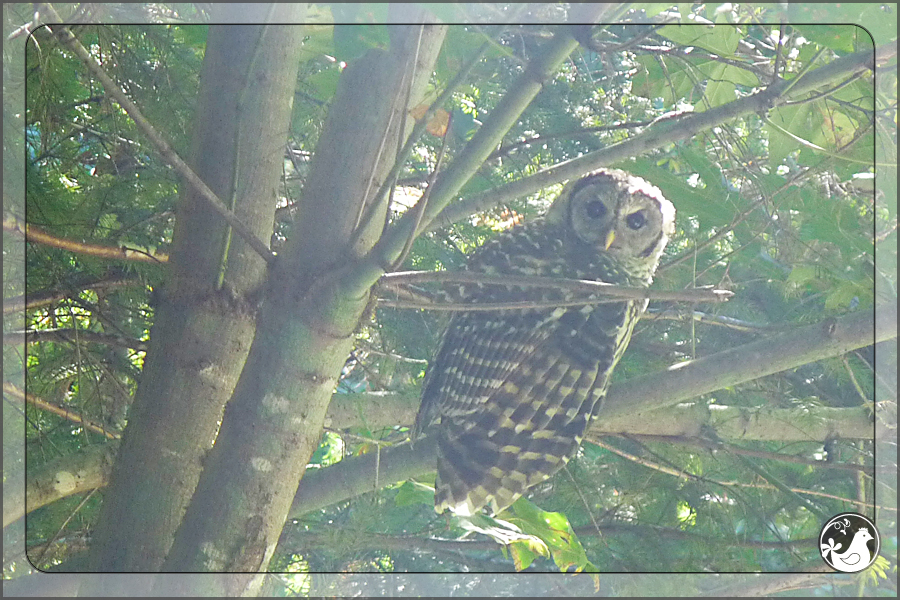 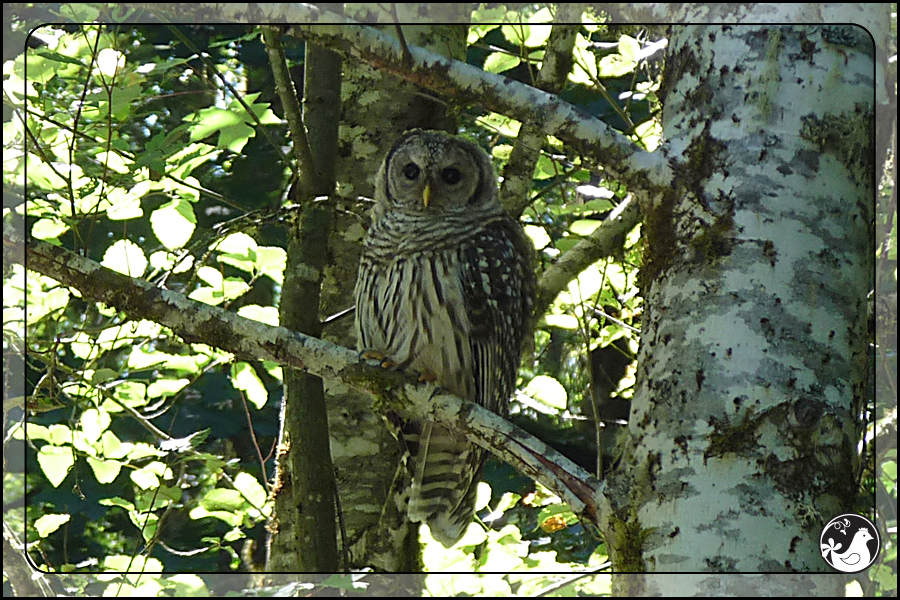