One day the kids & I went to a wetlands area & spotted a Killdeer nest with eggs. We found it most peculiar that they would lay eggs right in the middle of a path, but apparently that’s normal for them. 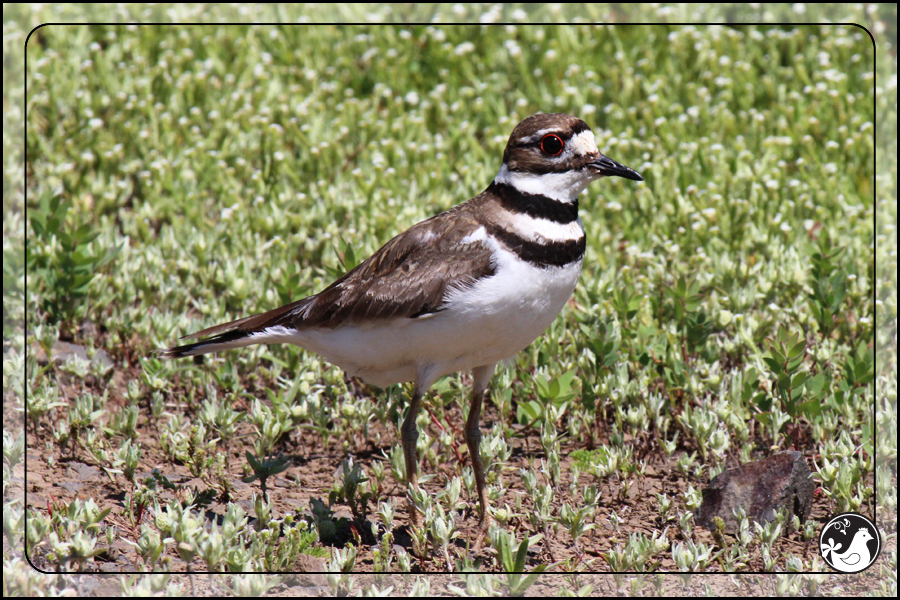 Can you spot the nest? 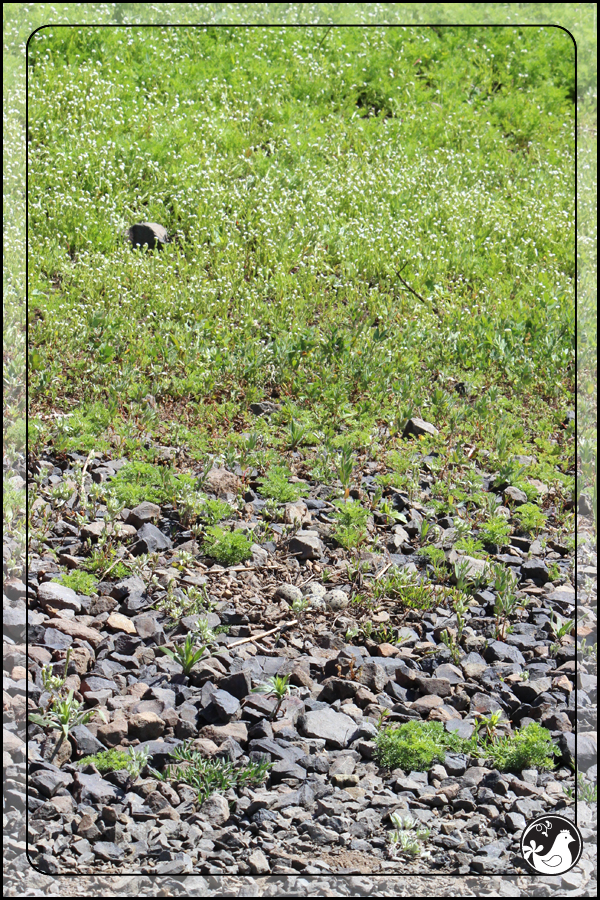 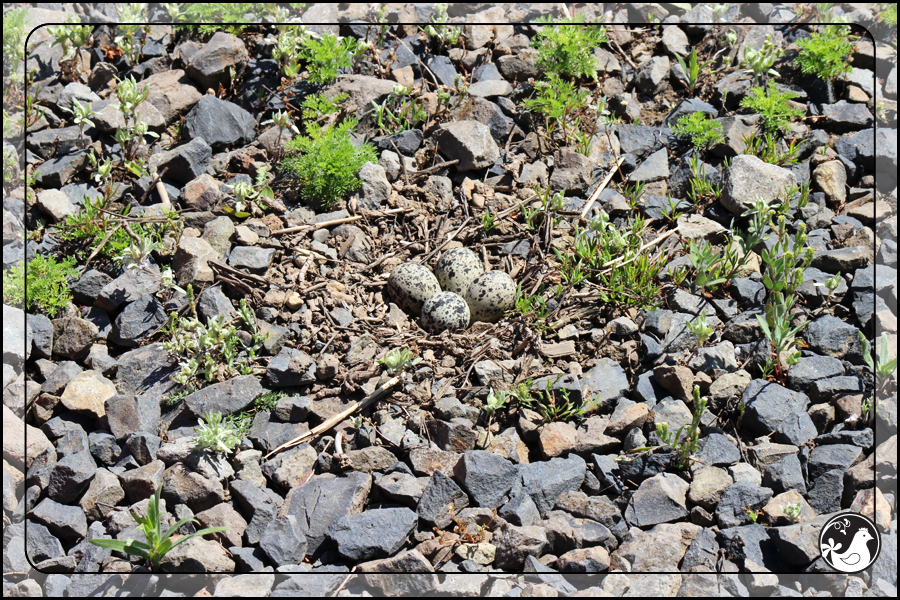 A zoomed in shot of the cool, spotted eggs. 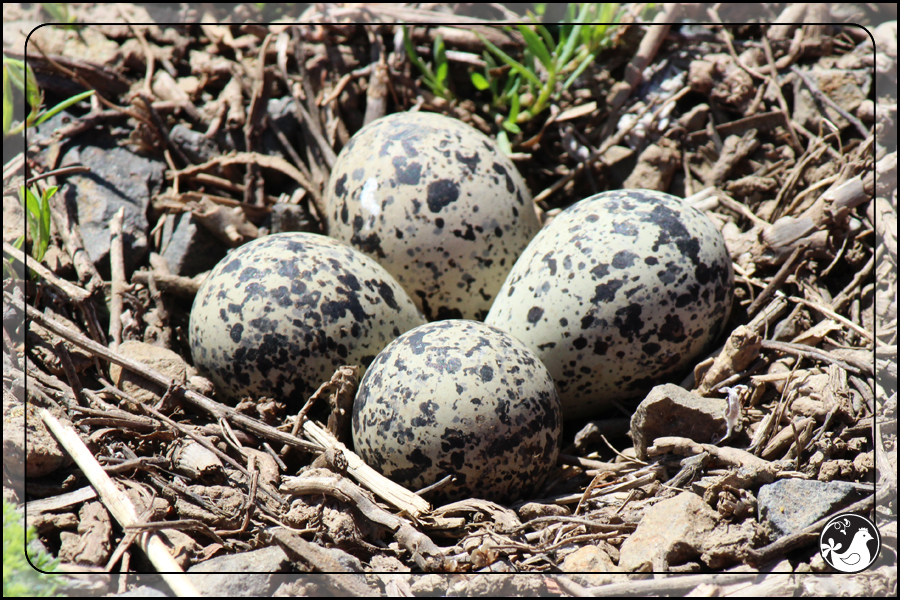 Parent nearby the nest 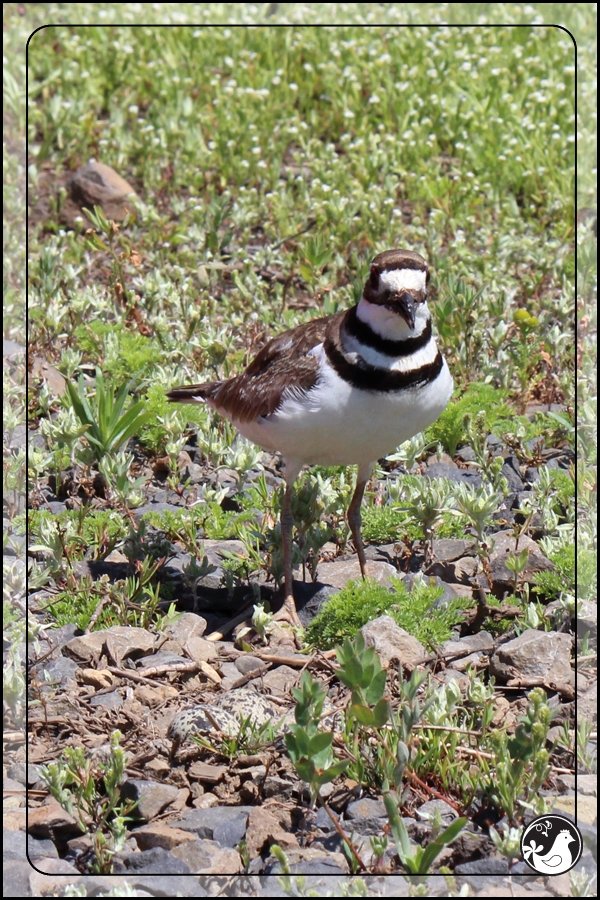 Parent standing over the top of the nest, voicing its concern about our interest in the nest. 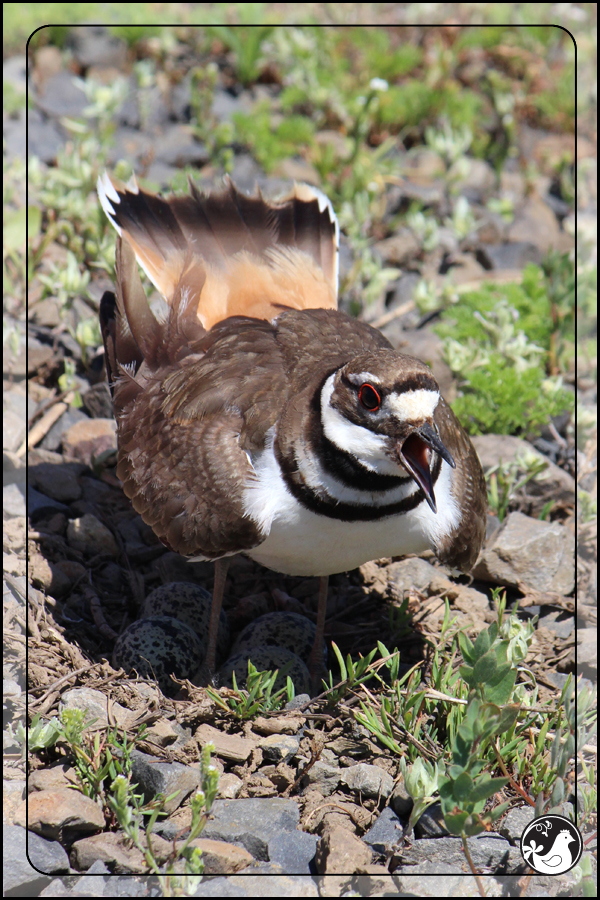 Parent laying on the nest. 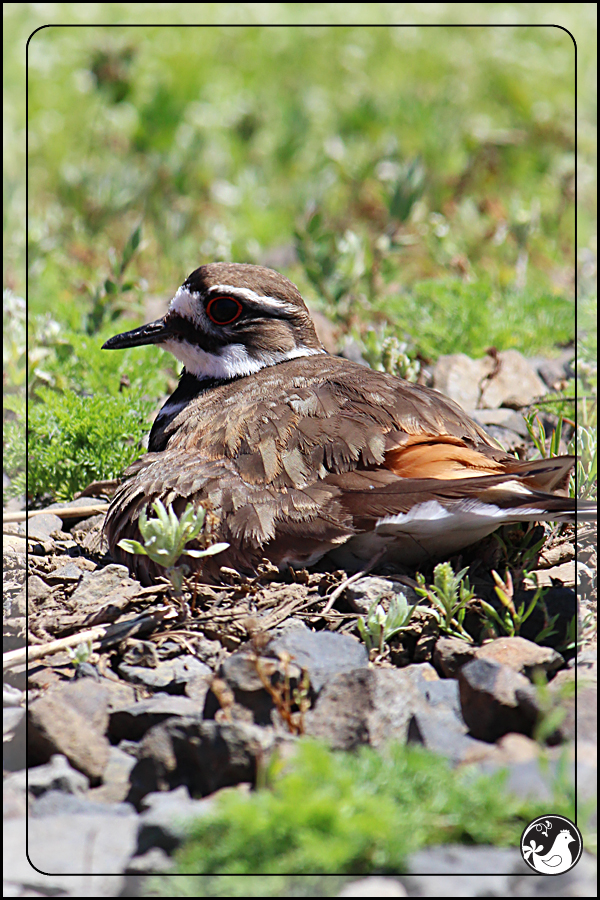 We also saw a killdeer that day taking a bath. 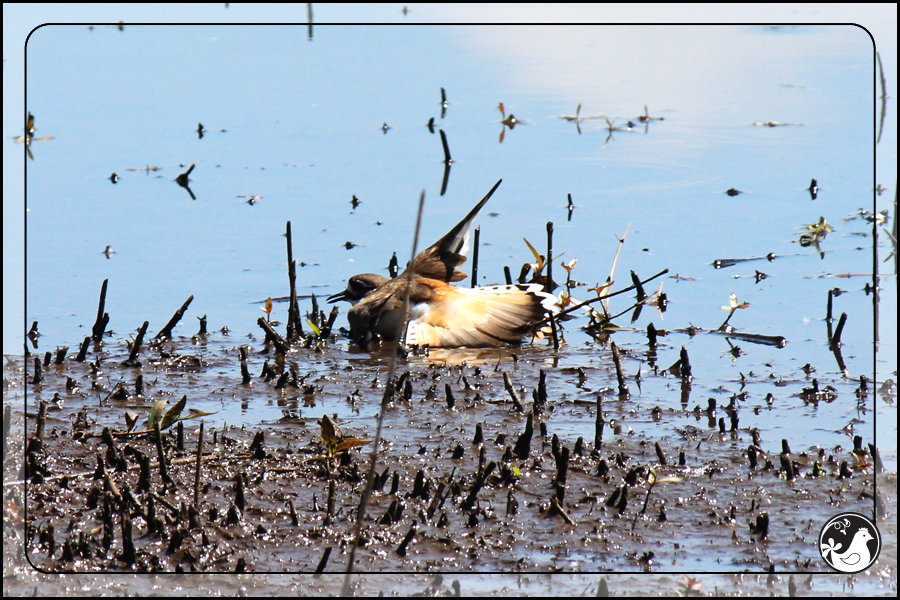 Another killdeer in the water. 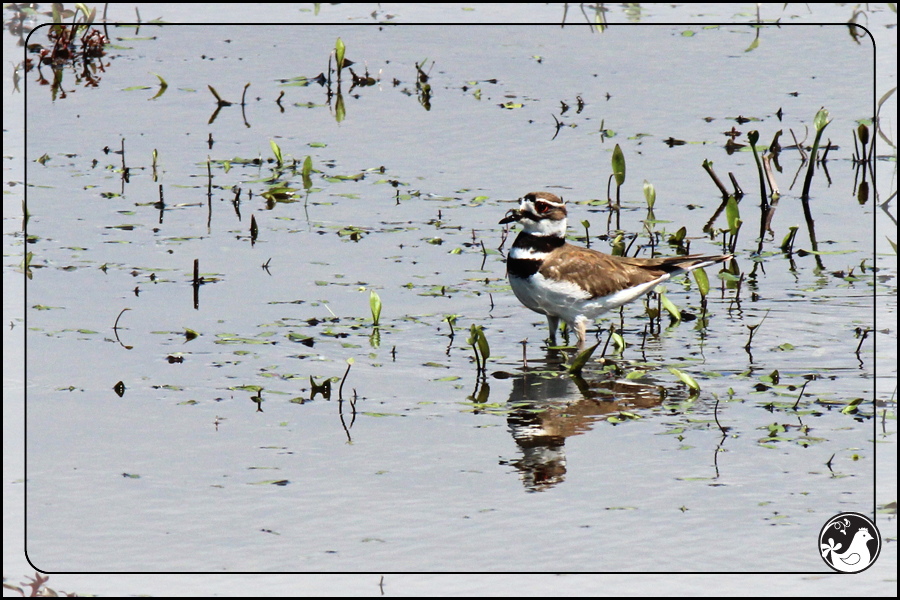 No new birds to report this week. But, at least the year is half over & I’m over half way to my goal.