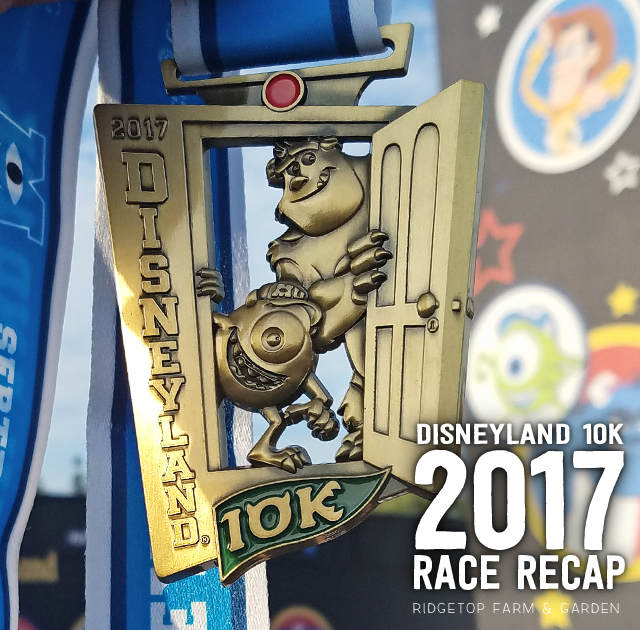 The races for this RunDisney weekend started at the before-the-sun hour of 5am. Oy! This meant every day I got up between 3:00 and 3:30. Oy, oy, oy!

They’re worth it. I’m sure I’ll do it again.

The 10K theme was Monsters, Inc – which I liked better than The Incredibles theme for the 5K.

During packet pick up I took this photo because I was running the Double Dare challenge – meaning I was running both the 10K on Saturday, then the half marathon on Sunday. 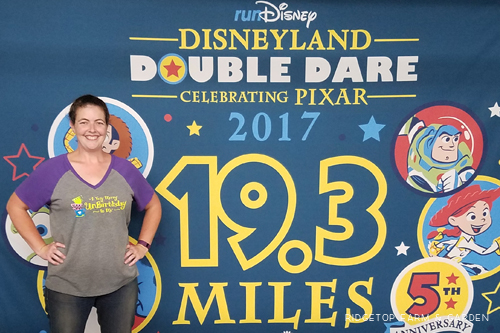 My friends have done a number of RunDisney events. The girl in the middle makes aprons to wear as their costumes. This time they were Snow White and the Evil Queen. So, I dressed as Dopey. 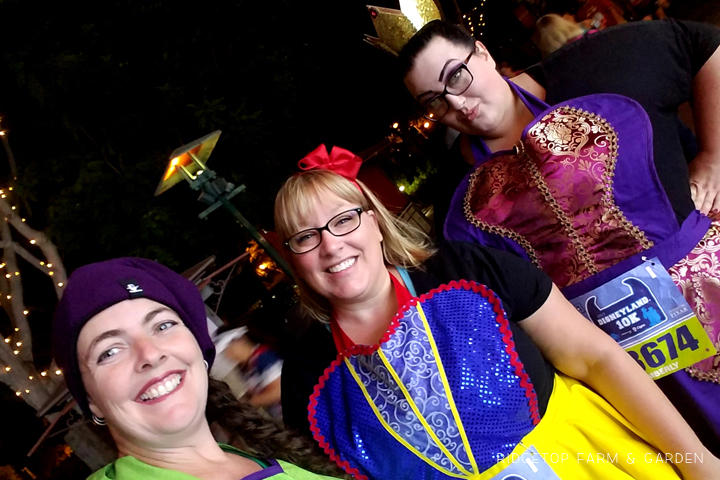 This time I was placed in corral E for both the 10K and the half. During Star Wars, I was in C for the 10K and B for the half. I’m not exactly sure how the corrals work, but I think there were more corrals this time. Even though the actual corrals weren’t the same, I feel like I was placed correctly for all events. Until I started stopping for photos, I seemed to be staying similarly paced with the other runners. 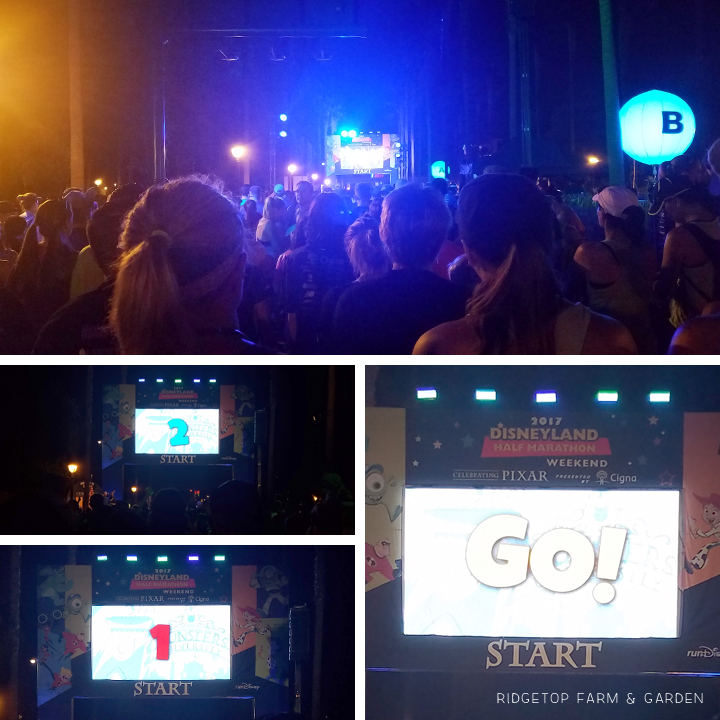 It was a hot, humid morning so I didn’t want to dilly dally too much during the 10K. I took pics going through DCA, but none with characters. 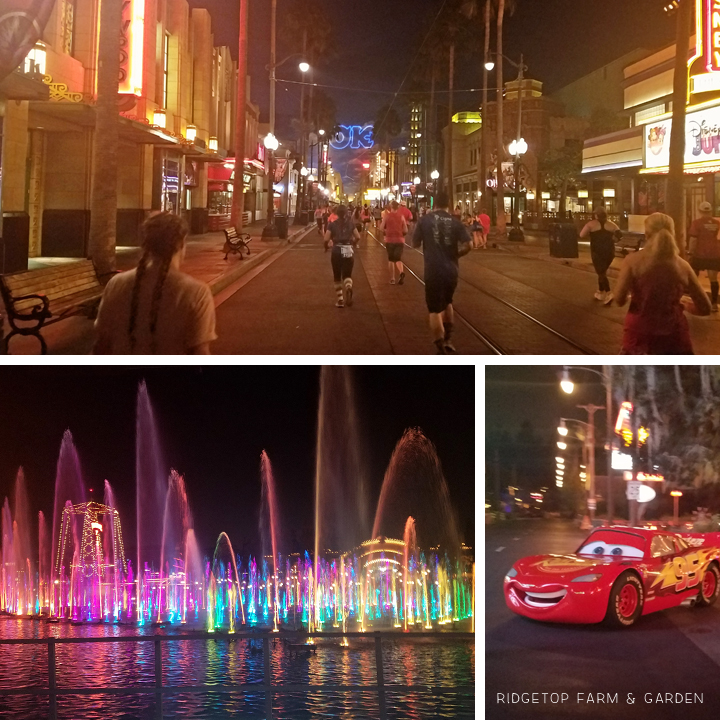 The back areas and tunnels had a few fun surprises. I love all these kinds of detail. There was an employee from the Child Detection Agency searching the area, as well as doors and Monsters University posters displayed. 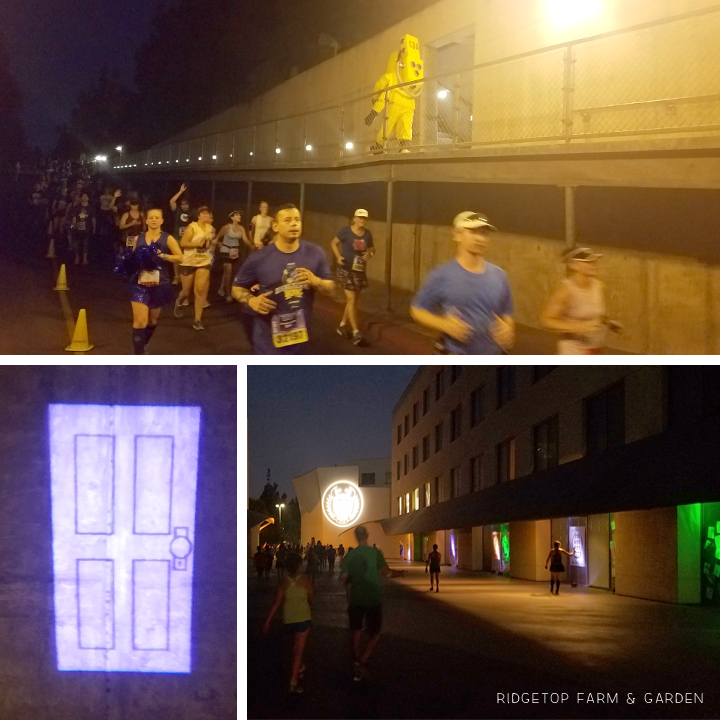 I have a few favorite places to run during the Disney events – one of those places is through the large doors into or out of the parks. 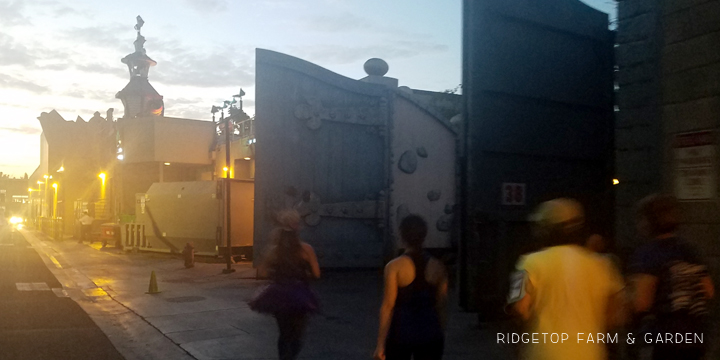 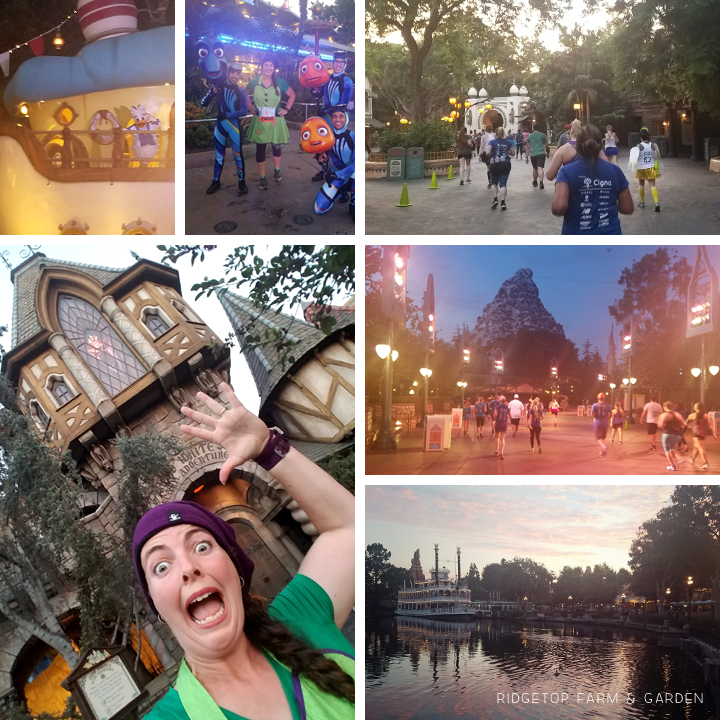 I don’t love the pic of me on the left, but I love that Daisy & Donald are right behind me. 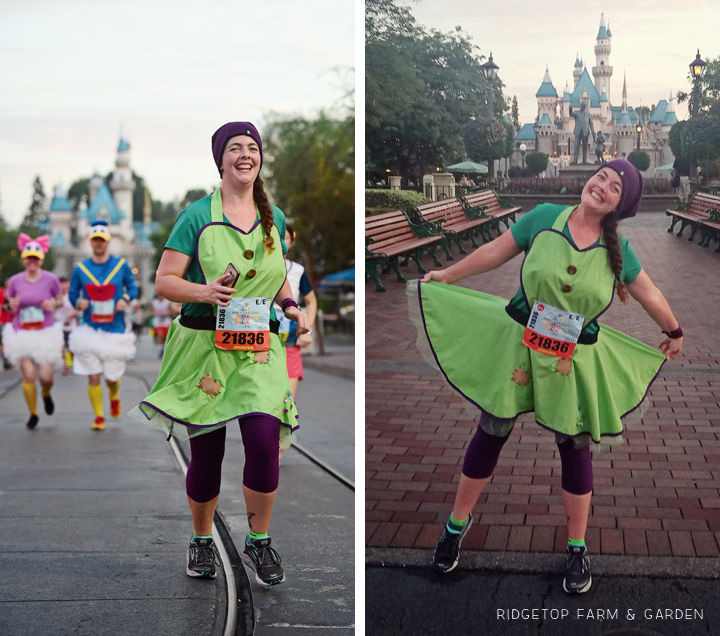 • Well… I do look Dopey in the photo on the left….

• Still one of my favorite sections to run is the fenced area between Disneyland and DCA. The spectators are always amazing. 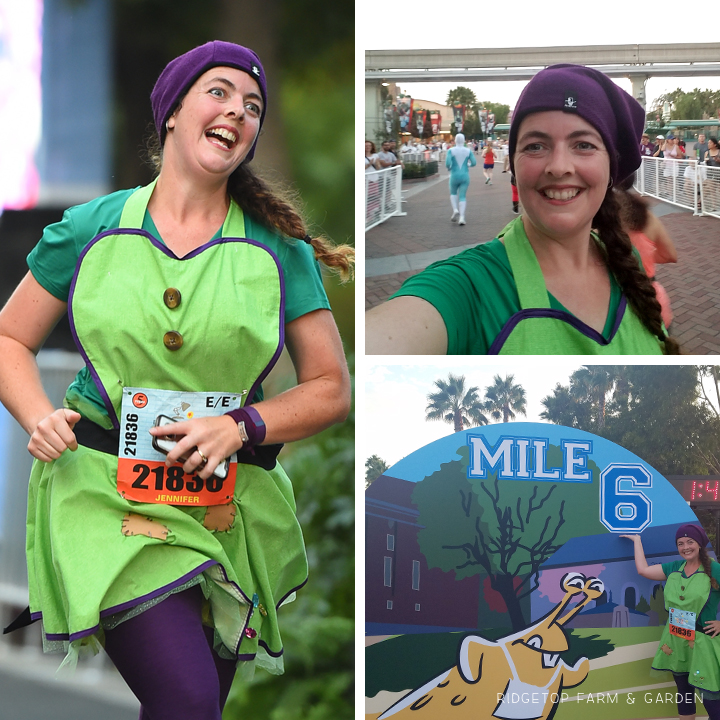 Maybe it’s because I create photo props, but I loved all the photo ops with props available.

I am now an official runner at MU: 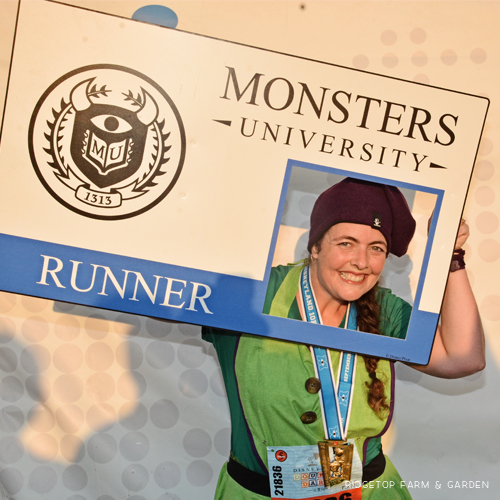 Despite the heat, I kept a pretty good pace the entire race. It makes up for my seeing the balloon ladies at my last RunDisney 10K.

My first event of the Disneyland Double Dare is complete. 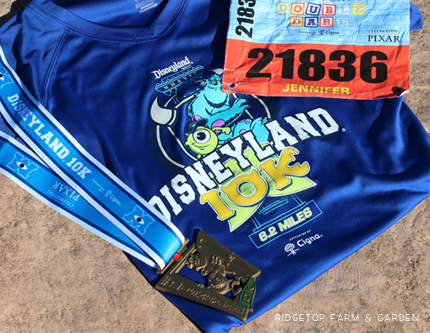 The next day was going to be my birthday – making this day my unbirthday. I snapped this photo while on the Alice in Wonderland ride. 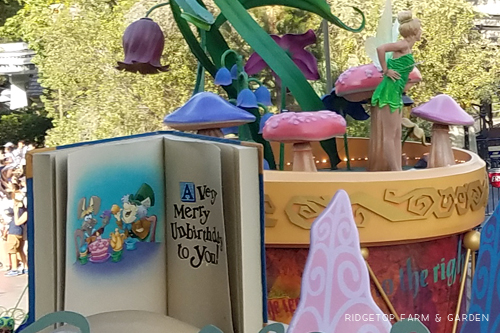 I had never eaten at the Hungry Bear Restaurant in Critter Country before. We decided to try it. I got a wrap and fries for somewhere around $10. It was ok. Not the best, but not bad. 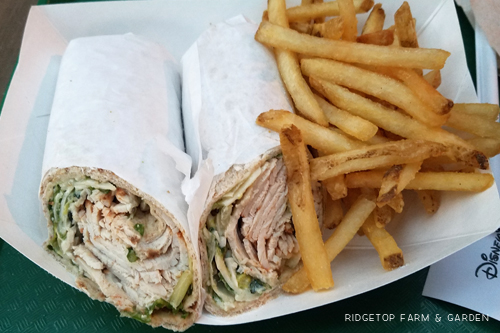 Well, that’s a wrap, I have finished my 7th RunDisney event.