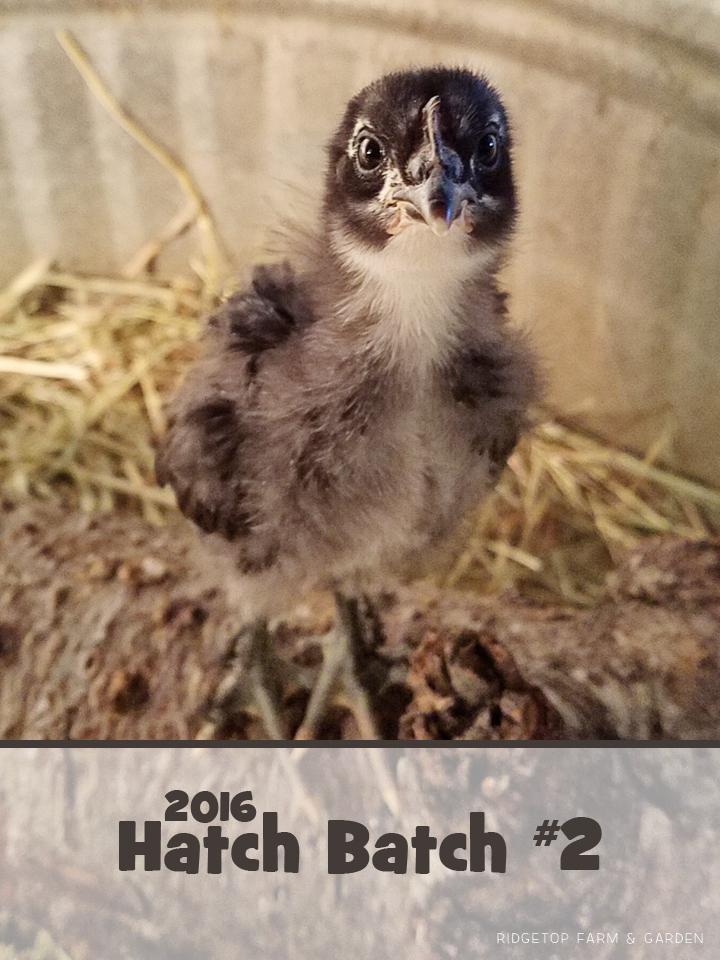 Just a fair warning: this is not a happy hatch day post. If reading about the bad days doesn’t interest you, you should probably skip this post.

Cream Legbars have been a breed I’d been wanting for awhile. The timing never seemed to work out and there aren’t many breeders nearby. This summer I finally decided to take the plunge and order hatching eggs from a company in the Midwest. I read good things about them. So even though I was hesitant getting eggs in this manner, I did it anyway. With all the good reviews I read, I assumed it must work out most of the time.

Shipping costs a fortune, so I ordered a few Black Copper Marans eggs to make me feel better about that expense.

I’m not gonna lie, I was teenage giddy when I unpacked this box. #soexcited 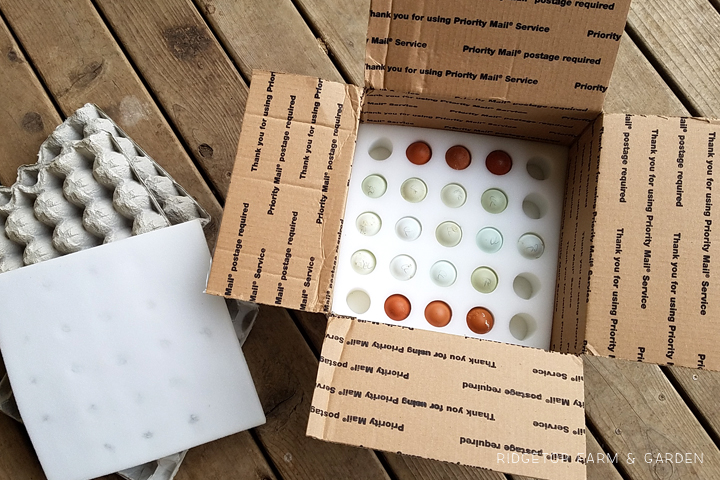 I let the eggs sit and rest for about half a day before placing them in the incubator.

When the time came, here’s what went in the incubator:
6 Black Copper Marans
13 Cream Legbar
2 Olive Egger x BCM (from our farm, similar to the ones hatched earlier) 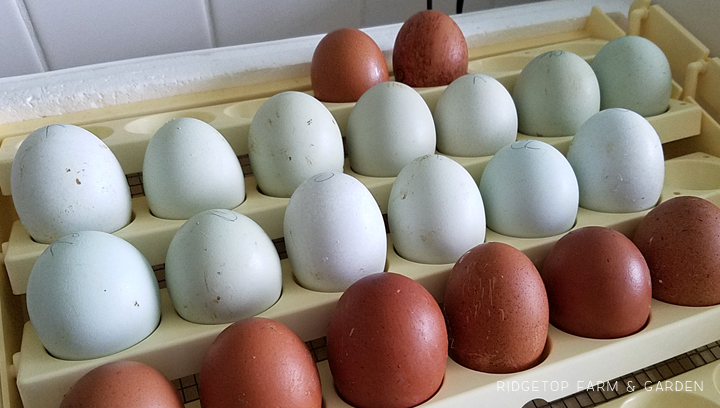 About 36 hours into incubation I decided to check on the eggs. I went to pick an egg up to give it a slight turn and found it was stuck to the turner. We’ve done many hatches in these incubators and this was a first. The egg was stuck like glue. We had to use a scraper to get all the egg shell off the turner. There ended up being a couple more stuck in the same way.

I don’t know why they were stuck. The only thing I can think of is that the egg leaked and then hardened to the turner. But, why would they do such a thing? 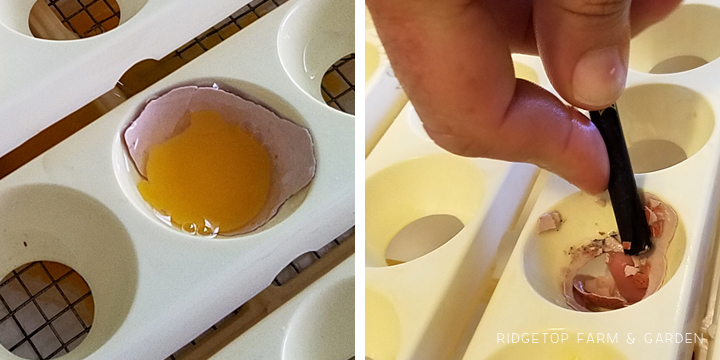 All the eggs came out and I quickly washed the incubator and the turner. We got everything back to the way it should be and hoped for the best.

The next day I checked to see if any more were stuck. One Marans egg was stuck. But, just a tiny piece of shell stayed stuck to the turner. The membrane seemed intact, so I put tape over the missing shell piece and placed the egg back in the incubator. 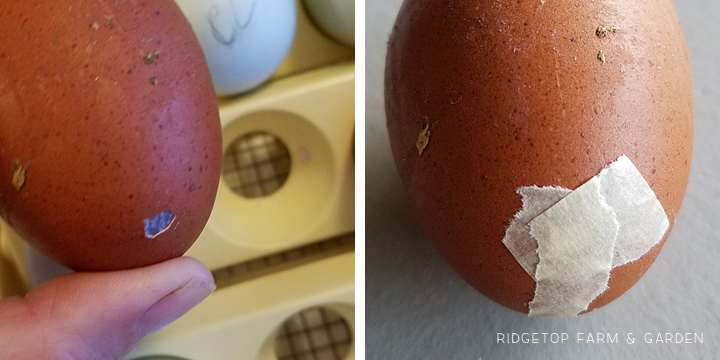 This is not a good sign. You should not see liquid oozing from from an egg. 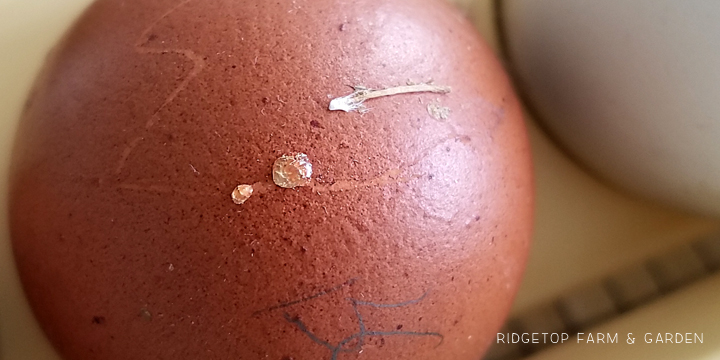 Between stuck eggs, rotten eggs and eggs not developing I was down to a fairly small batch at lock down:
3 Black Copper Marans
5 Cream Legbars (although, from candling I thought only 3 were actually viable)
2 Olive Egger x BCM’s (from our farm) 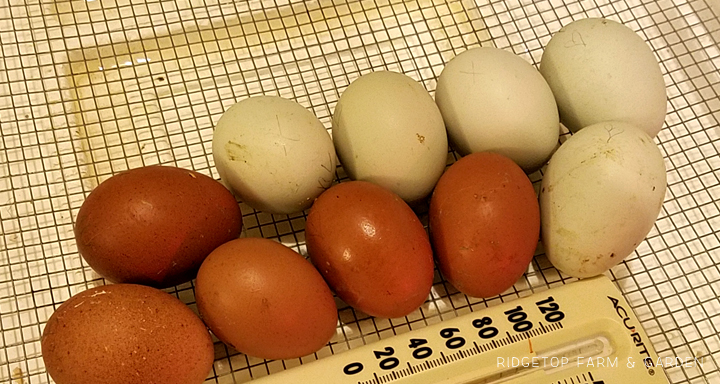 Just like clock work on day 21 the 2 eggs from our farm hatched perfectly. 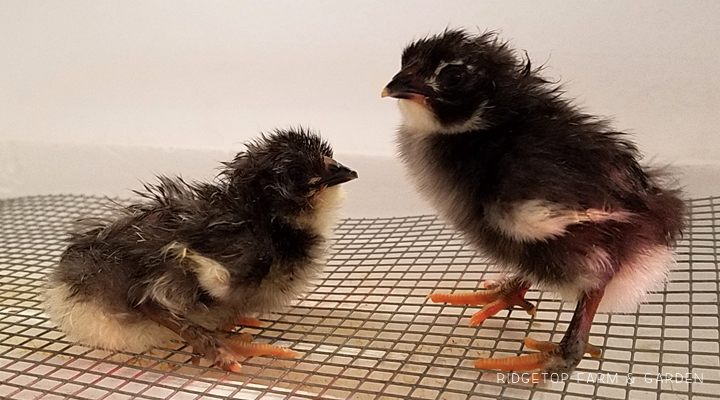 The other 2 I thought were developing correctly appeared to quit growing very late, not quite making it to the 21 days. 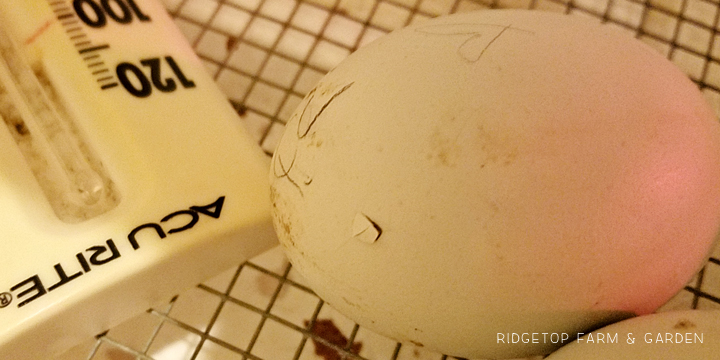 One Black Copper Marans pipped and just couldn’t zip. When there is a big hole like this, you know there is a problem. They should be zipping all the way around the egg, not staying in one place.

I have had this happen before and learned that helping them out rarely does them any favors. If they are too weak or have some other problem why they can’t get out of the egg, they usually aren’t going to survive.

However… Farm Girl and my niece had been watching all this and they begged me to help the chick out. After telling the girls the chick may still not make it even if I help it out, I carefully pulled the shell from the chick. 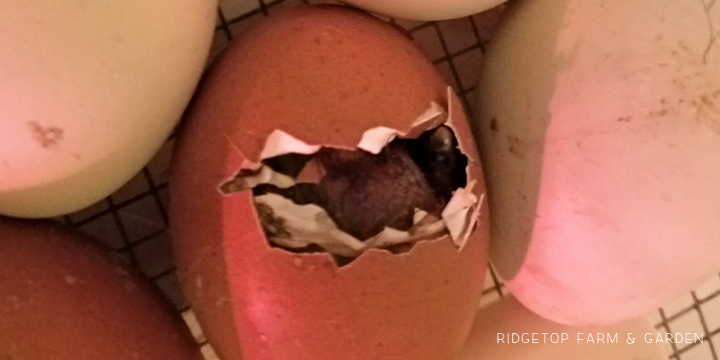 The poor thing didn’t look well. Shell was stuck to the feathers. Feathers were missing. It was weak.

After letting it rest, I took a warm wet towel to wipe off all the stuck on goo. Then had the girls hold it, while wrapped in a towel, to dry him/her off and stay warm. 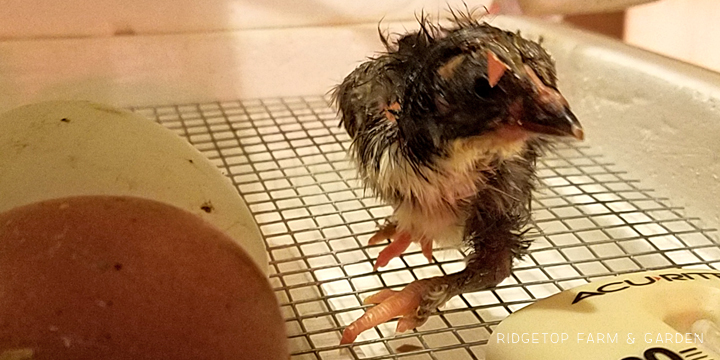 I am happy to say the little guy pulled through. He/she is the one in the middle. 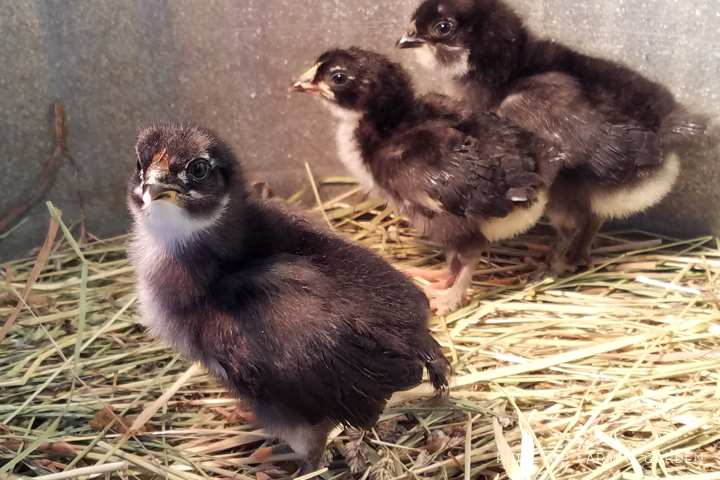 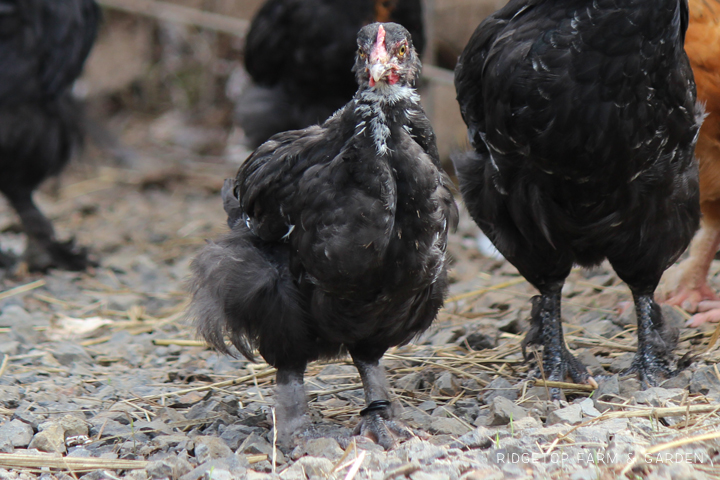 A quick note about the band on the leg. I put the band on to mark which chick was the full Black Copper Marans. If you use a band, make sure to check it often. As the chick grows the band gets tighter. If it gets too tight it can cause problems for the chicken.

This was a disappointing hatch. I have never had so many things go wrong.

I don’t know the reason behind the hatching troubles, but I do know the 2 eggs from our farm hatched perfectly.