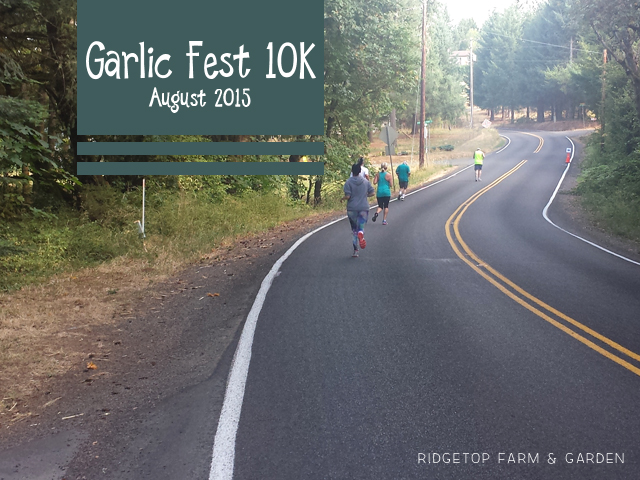 This is my third year running at the Garlic Fest in North Plains, however this was my first time taking part in the 10k. I sometimes like doing the smaller races that aren’t all hyped up and crazy. But, mainly I chose to do this one because it’s timed. In about 2 months I have to submit an official time to Run Disney for my corral placement in the Star Wars Half Marathon. As it turned out, my time at the Red, White & Blues was slightly better so I’ll be submitting that one. But, this was a good, challenging run.

The Garlic Fest takes place at the Jessie Mays Center, which is where the start & finish lines were for this run. 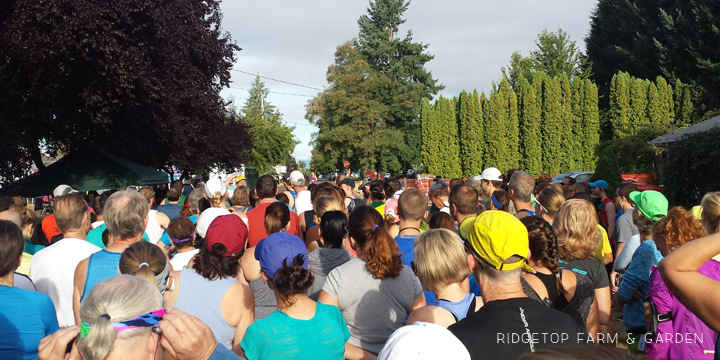 The course started in town and was relatively flat. About a mile in, we ventured into the hills of North Plains and ran up hill for 2 miles…. both ways… in the snow…. Ok, the last two remarks are obviously not true, but the course really was uphill for 2 miles. I knew ahead of time about the hill, so at least I was mentally prepared. Then it was back down and flattish for the last 3+ miles. For some reason, though, the last mile was rough for me.

It was a beautiful route and since it started at 8:00 it wasn’t too hot. 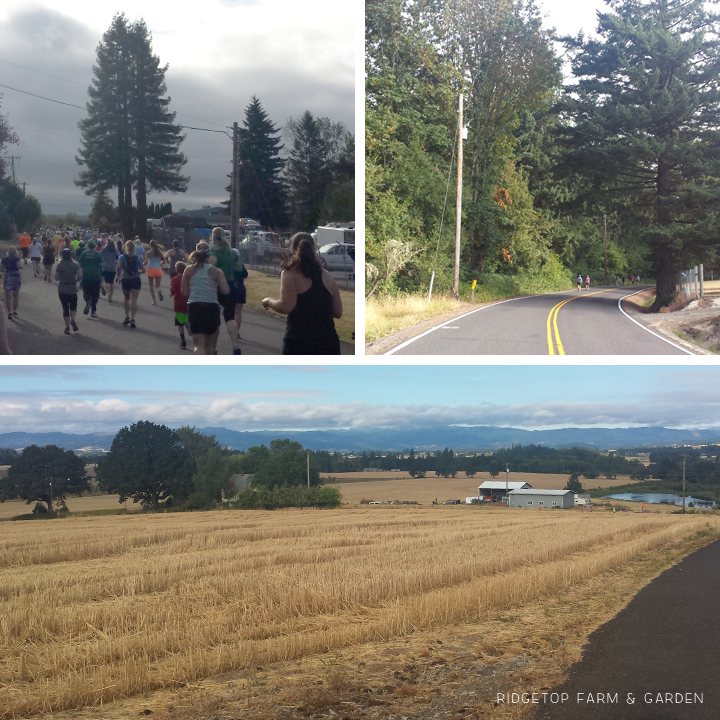 I knew it was a hilly course, but I was still hoping for a 12:00 average mile. Guess what I ran? 12:01. Are you kidding me?! It was that damn last mile. I was beat and walked more of it than I planned. 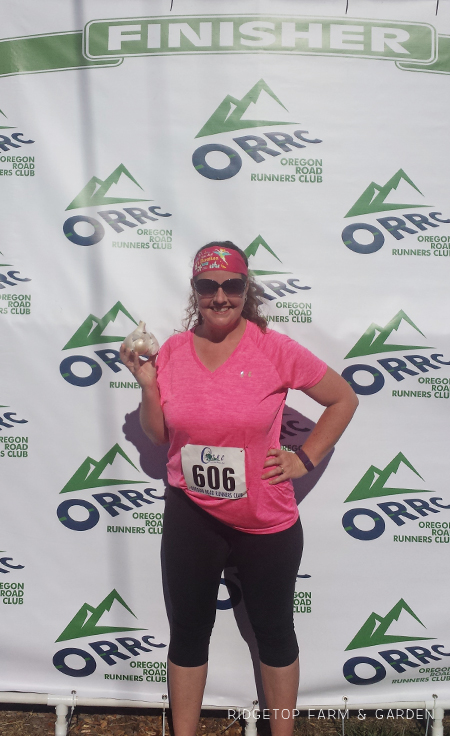 No medal for this race. But, we did get a pair of comfy socks that say Fun Stinks and elephant garlic. The Oregon Road Runners Club also handed each finisher a raffle ticket. Some people won. I did not.

This was a no nonsense, get out there and do your best event.