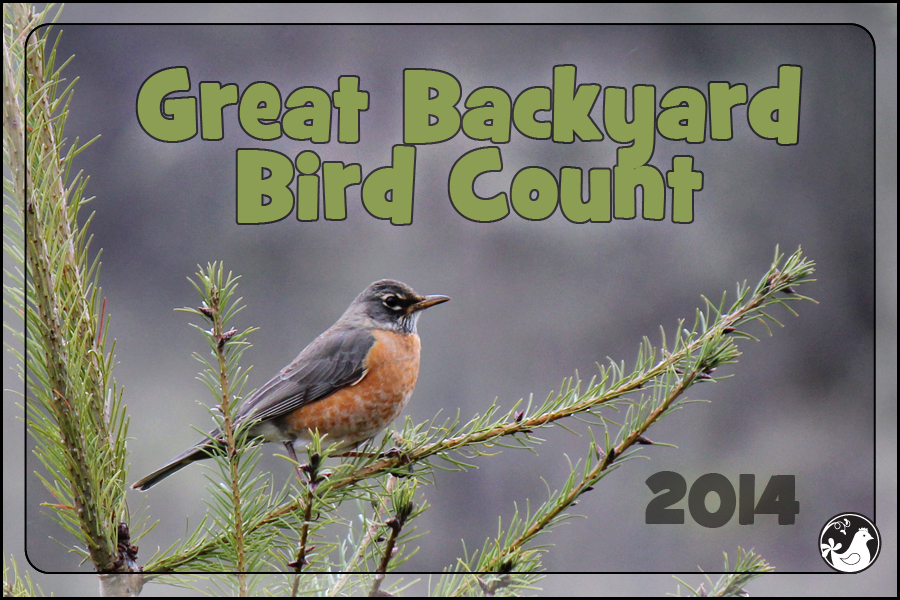 This last weekend was The Great Backyard Bird Count. It’s a citizen science project that simply requires us to record the birds we saw over the weekend. I’ve taken part in the GBBC the last couple years & one thing’s for certain – the 2nd weekend in February at our house is going to be crummy weather & terrible for birding.

We had rain, lots of rain, & wind most of the weekend. 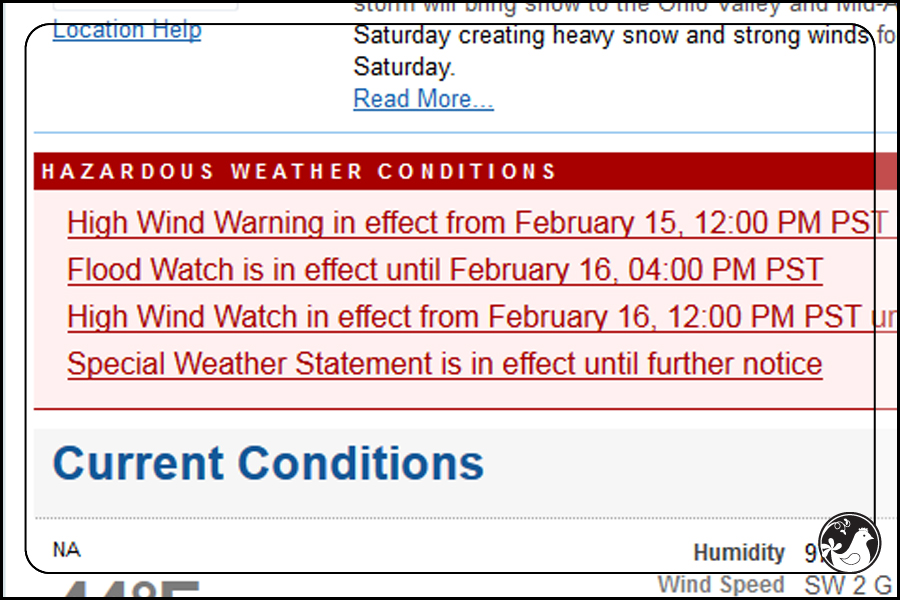 Much of the weekend was spent looking out the window to see if it quit pouring. 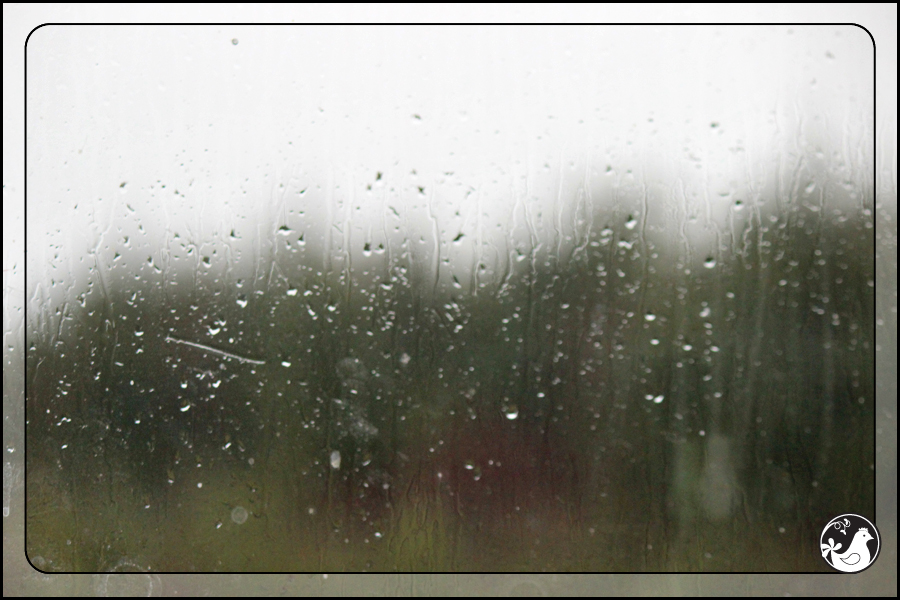 Sometimes I got adventurous & opened the backdoor. 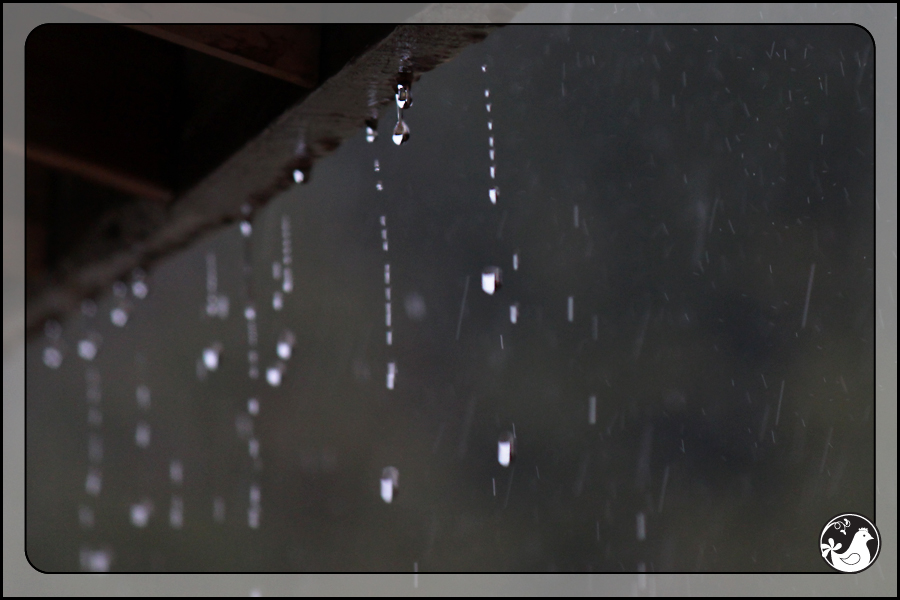 Most of my birding was done looking through the windows this year. 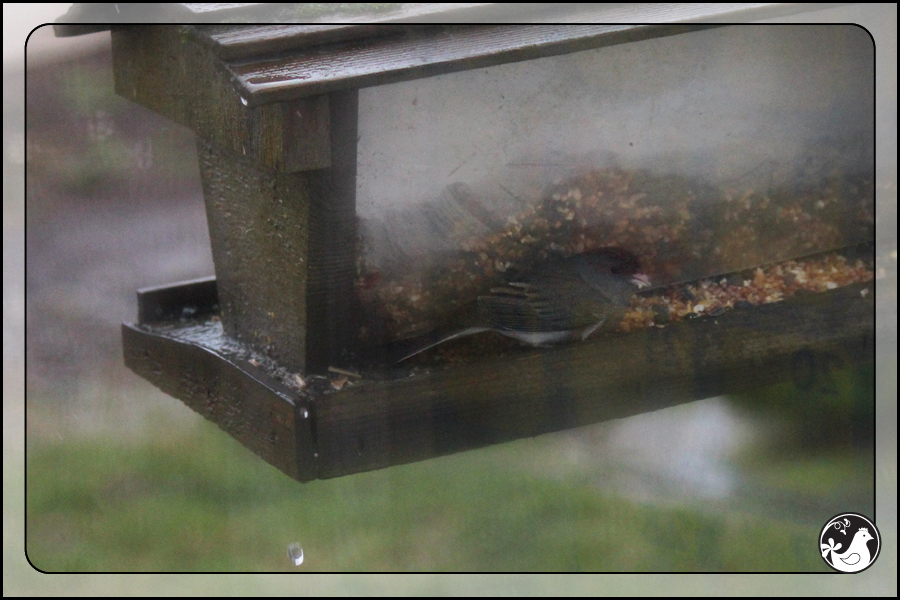 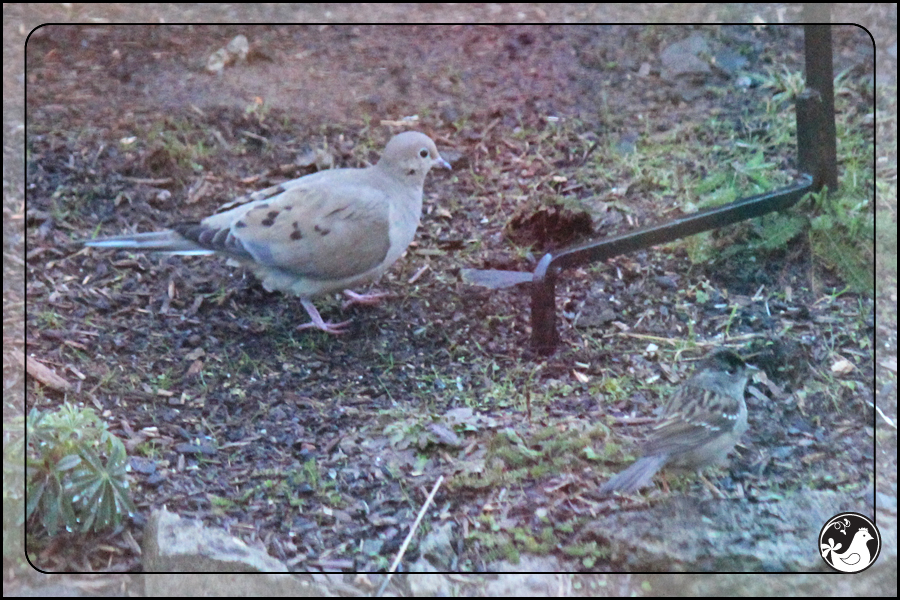 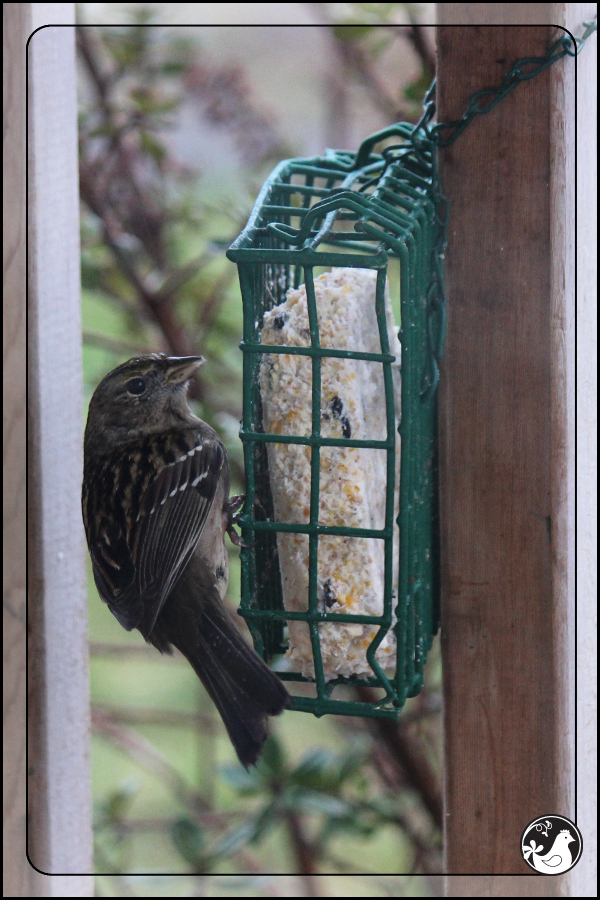 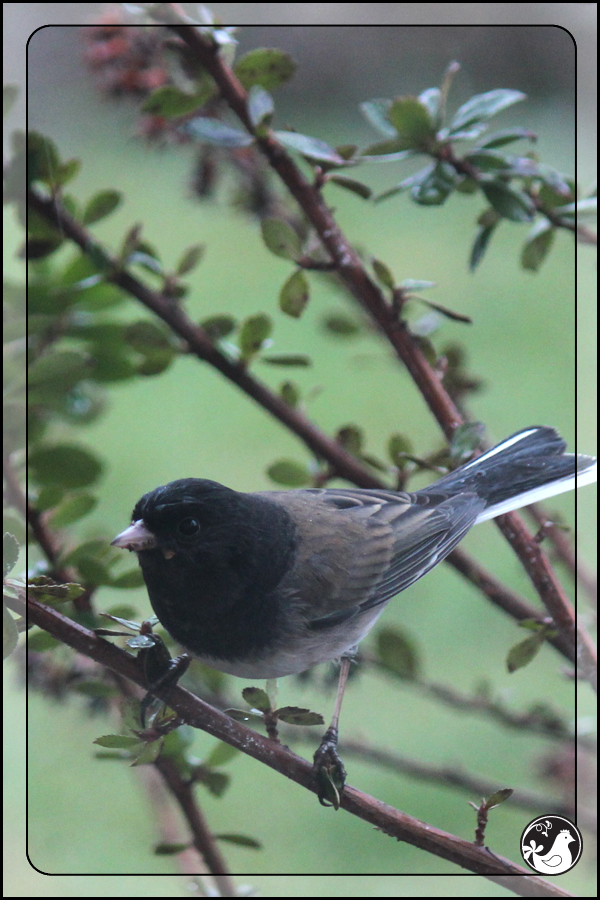 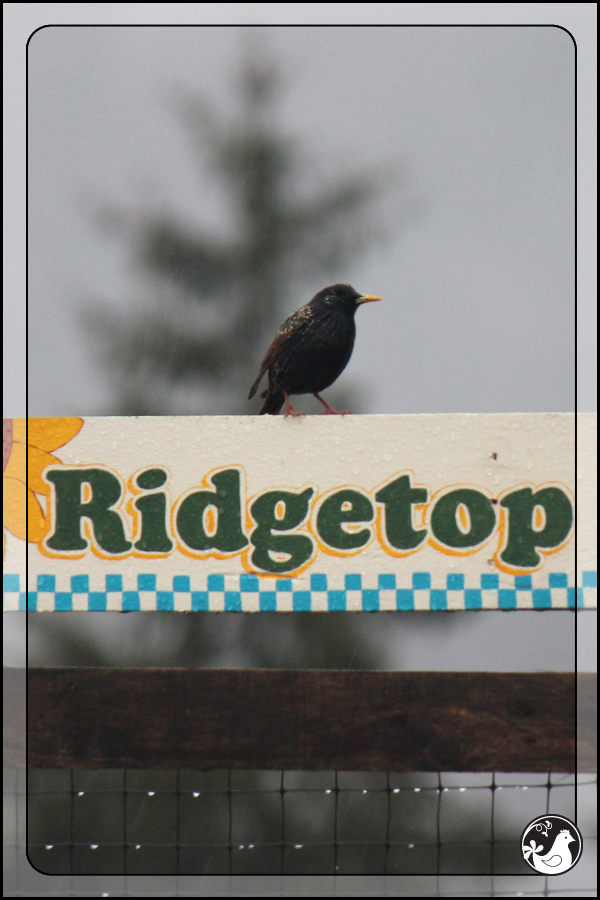 Friday was not as stormy as the rest of the weekend & I’m glad I took advantage of it & went outside. Other than that I tried sneaking outside between rain clouds, but inevitably I would have to come back in due to rain.

Our most frequent visitors were a flock of robins… 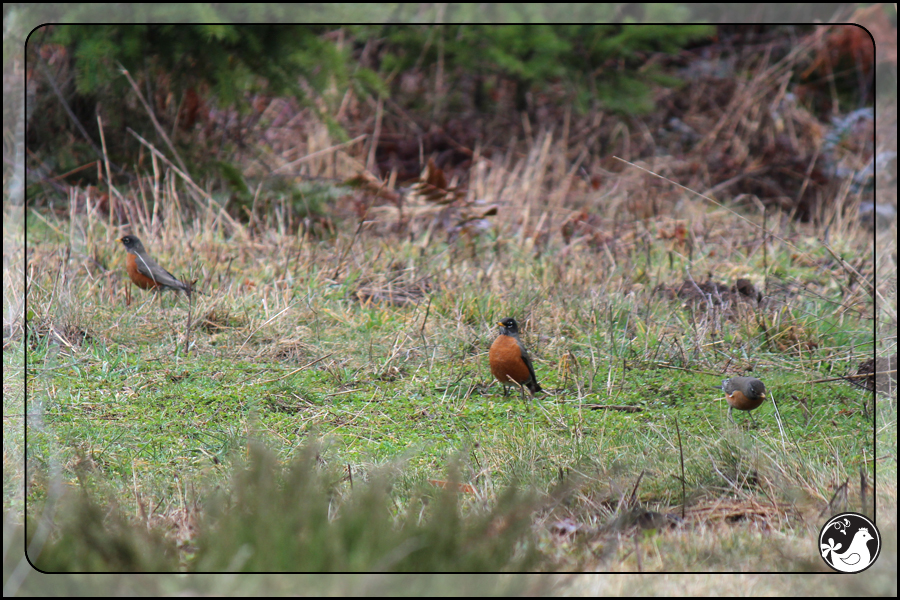 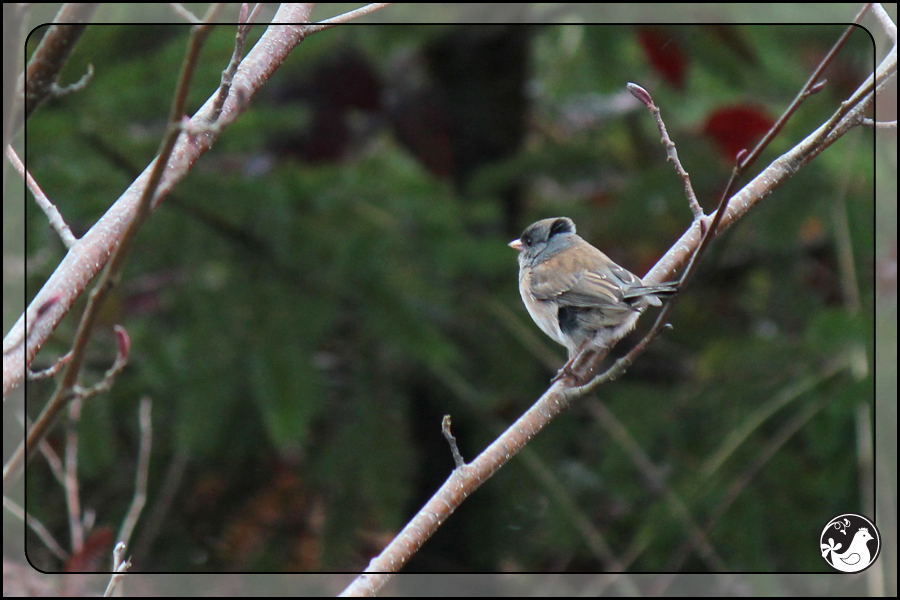 The trusty Song Sparrows were also around. 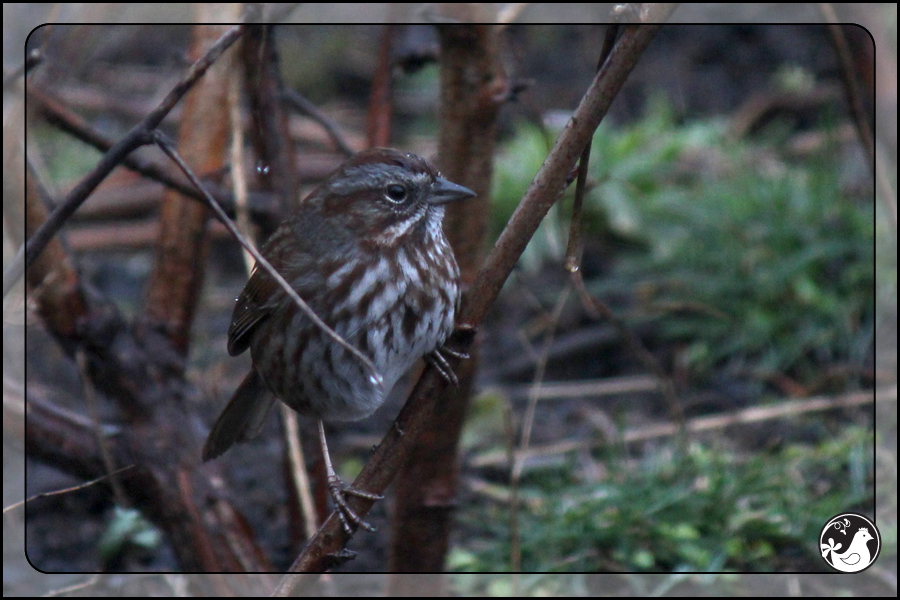 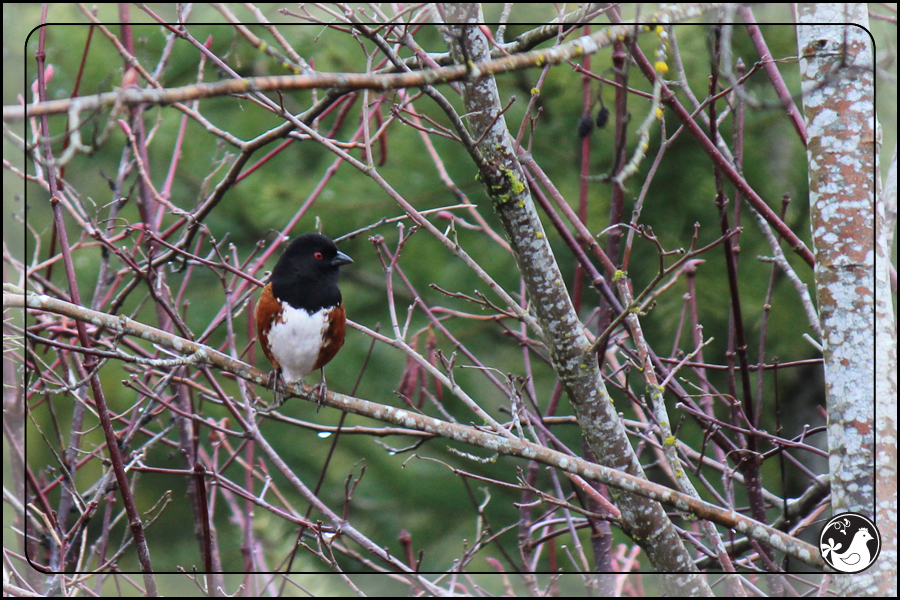 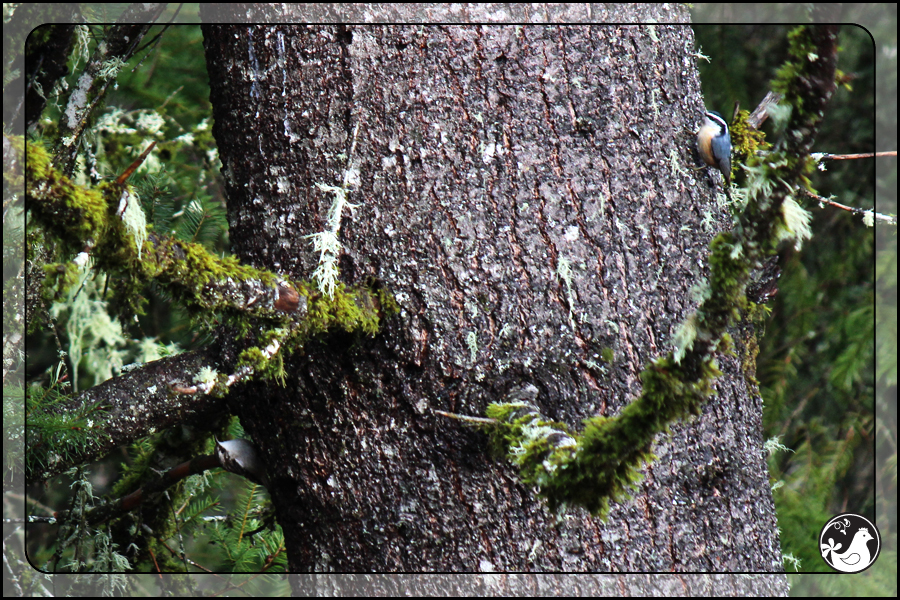 I’ve seen this guy before, but he moves so quickly around the tree I’ve not been able to snap a pic until now. 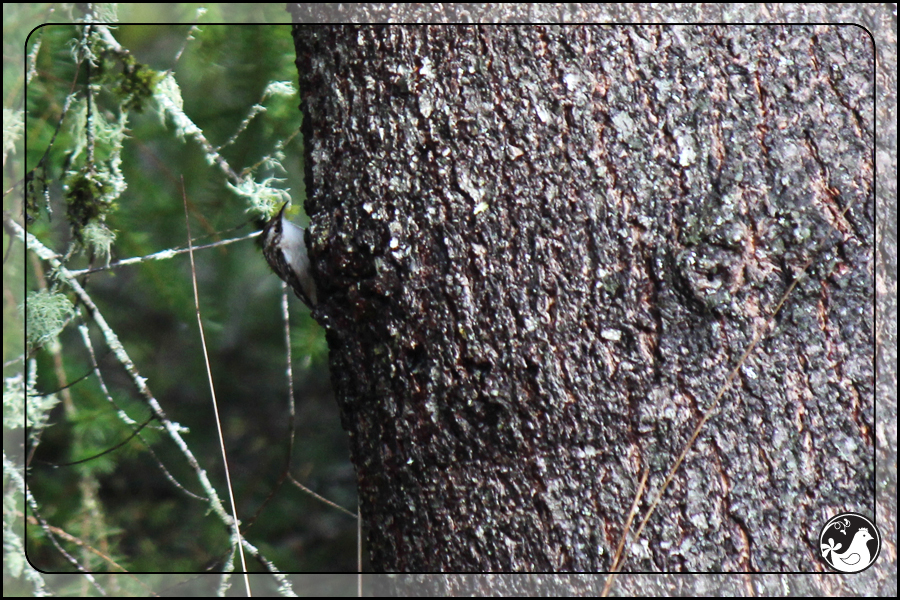 I’ve never spotted these birds around our house. It was a fun find & made up for the terrible weather. 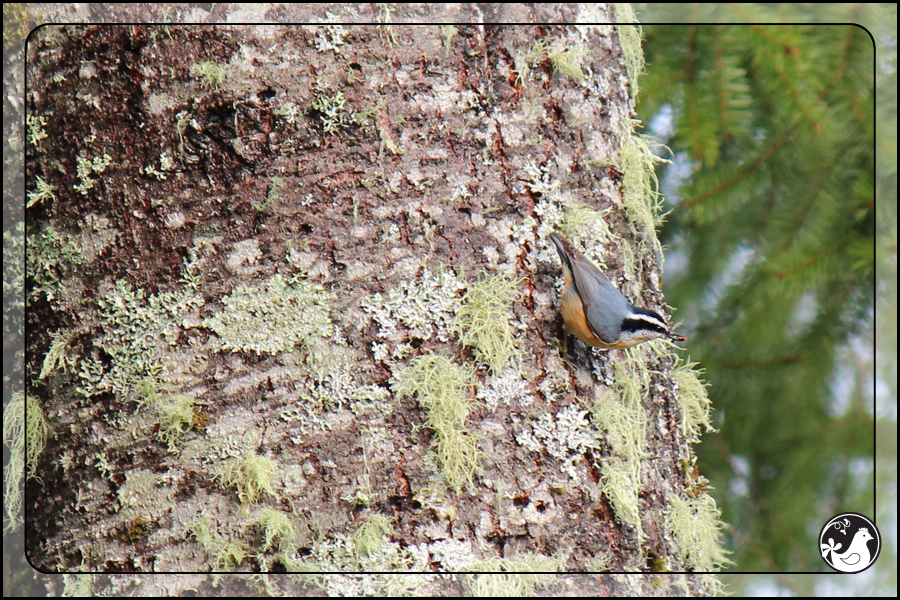 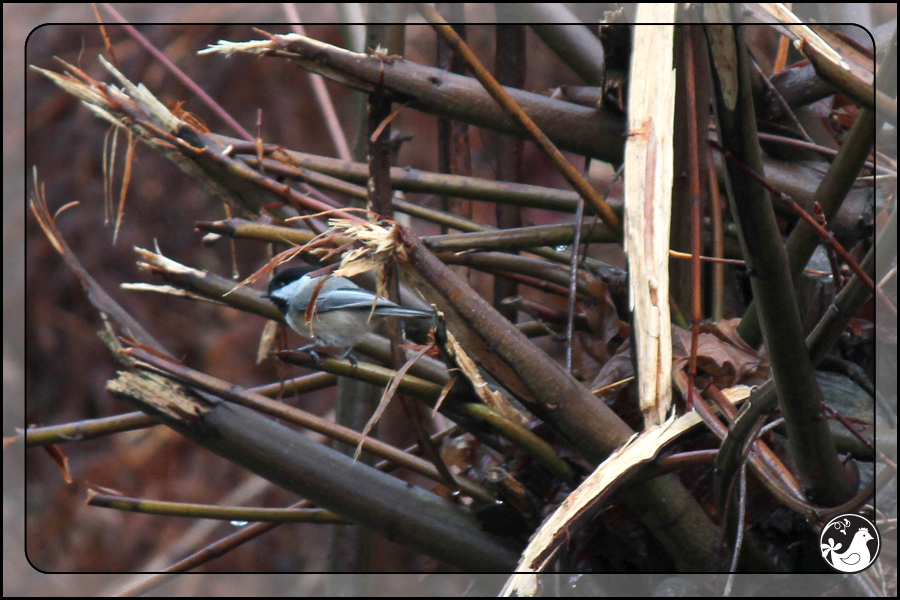 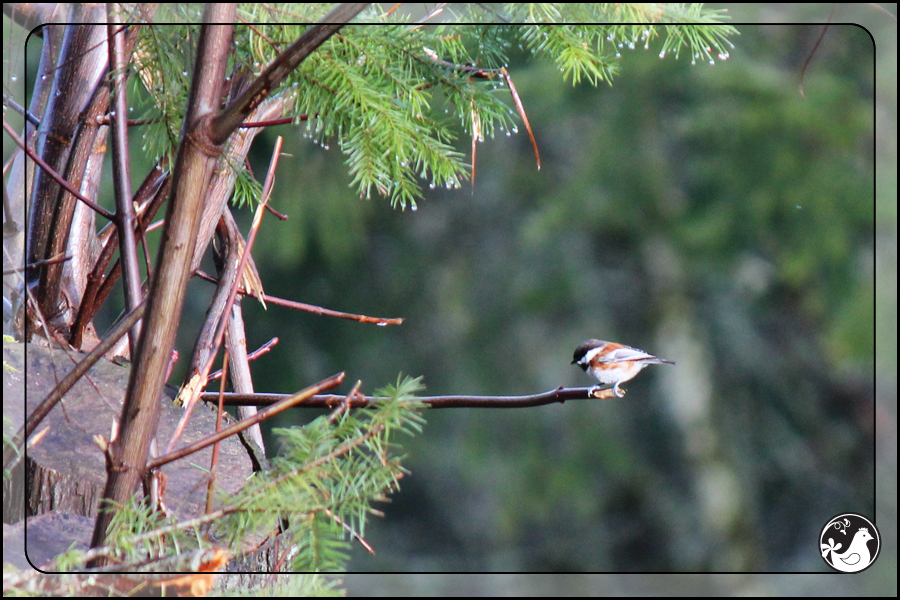 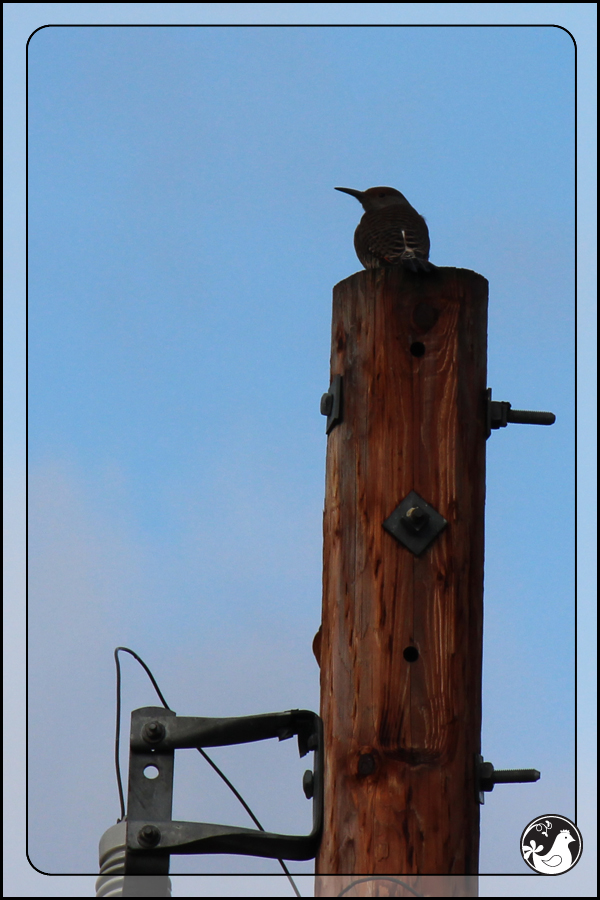 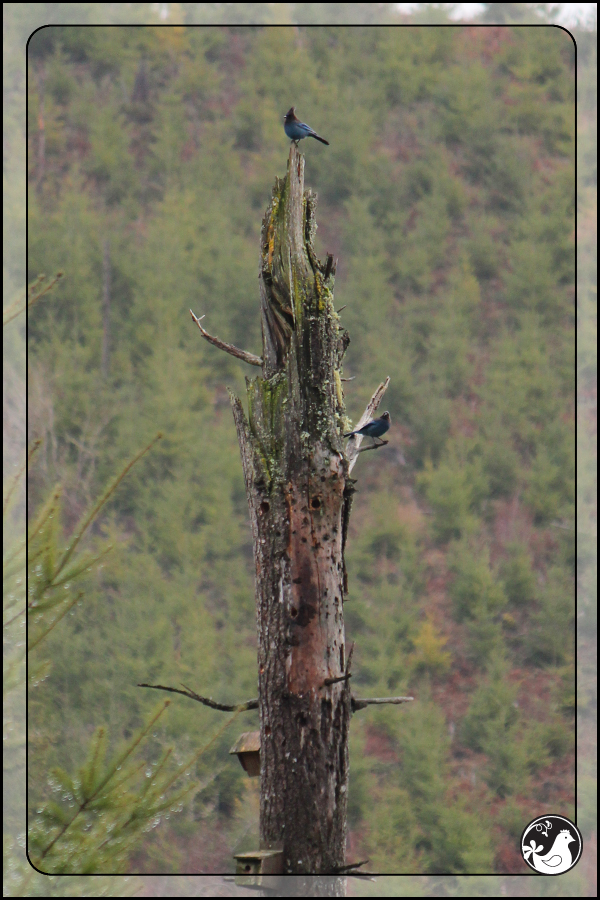 I only caught this guy flying over. He was quite large & on a mission somewhere. 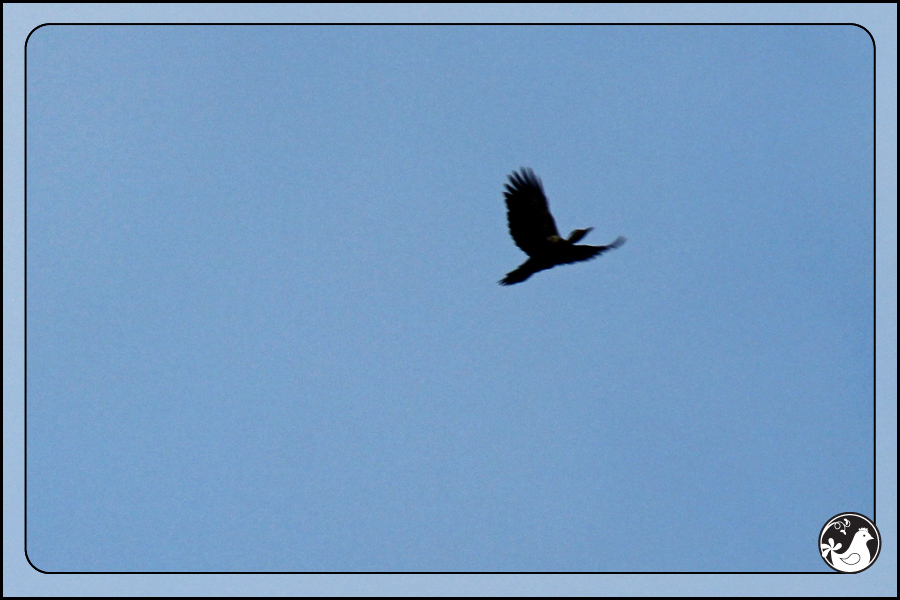 3 Ravens were flying around. 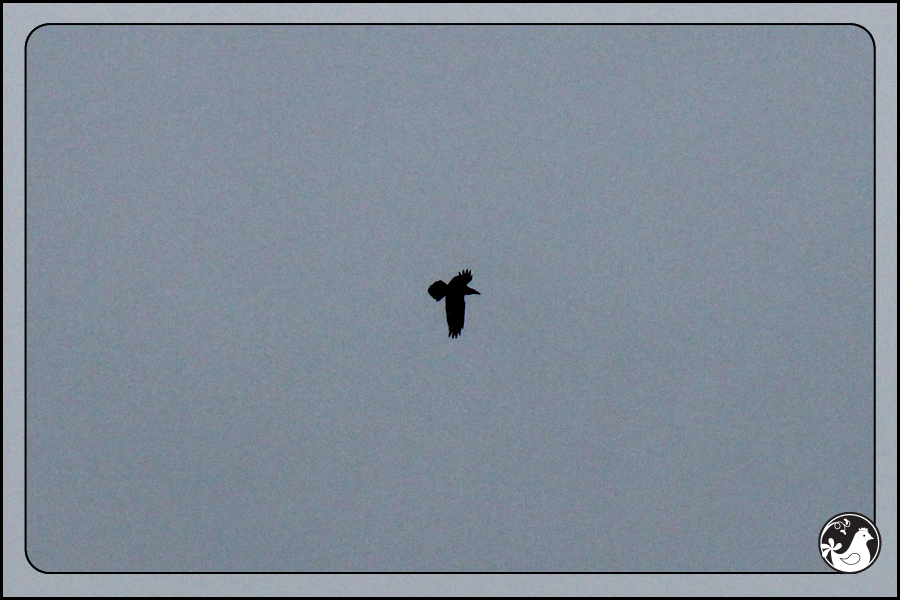 This weekend wasn’t a total waste, but I sure wish the weather would have cooperated. I am already looking forward to next year. 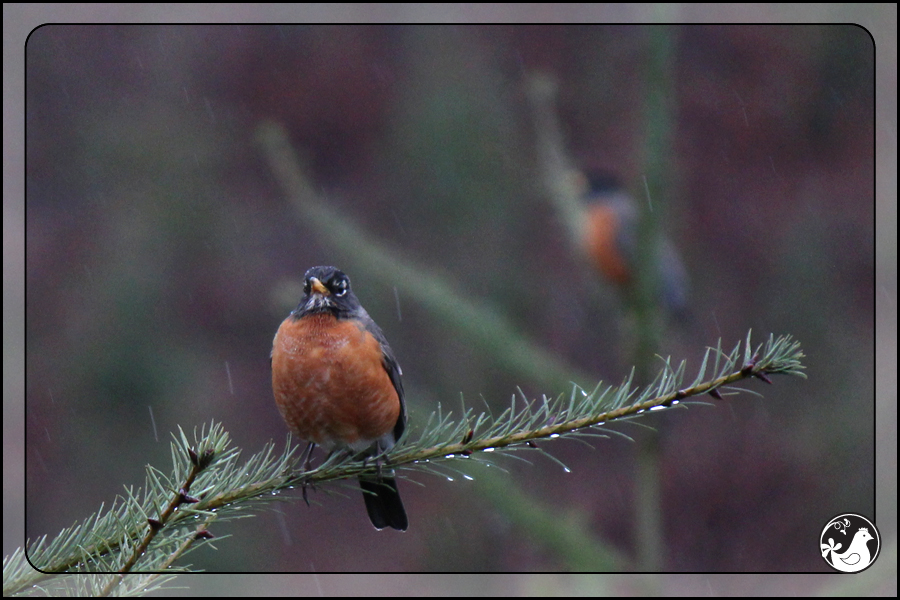