You are here: Home / Modern Homesteading / How to Render Lard 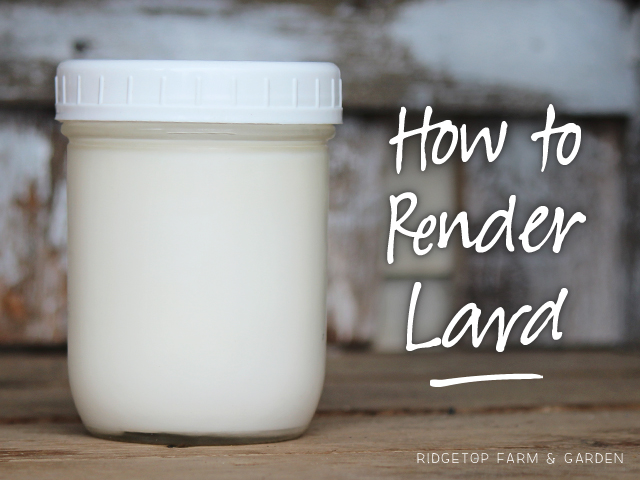 As we strive to have a sustainable home, we want to use the most of our farm raised animals. Today that means using fat from our pigs to render lard.

When we take our pork to be processed we let the butcher know we would like to keep the fat. The fat comes back to us in slabs. To turn those slabs into a usable product I use a slow cooker. It’s so simple, I should have started rendering lard years ago.

fat from a pig that is rendered and clarified for use in cooking.

Cut the cold slab(s) into small chunks. This is the most difficult part of the entire process. Maybe if you have good knives, you will have an easier time than I do using our crappy one. The smaller the chunks the better.

To keep the fat from sticking, pour about a 1/4 cup of water in the bottom of a slow cooker. Then, toss in the fat chunks. 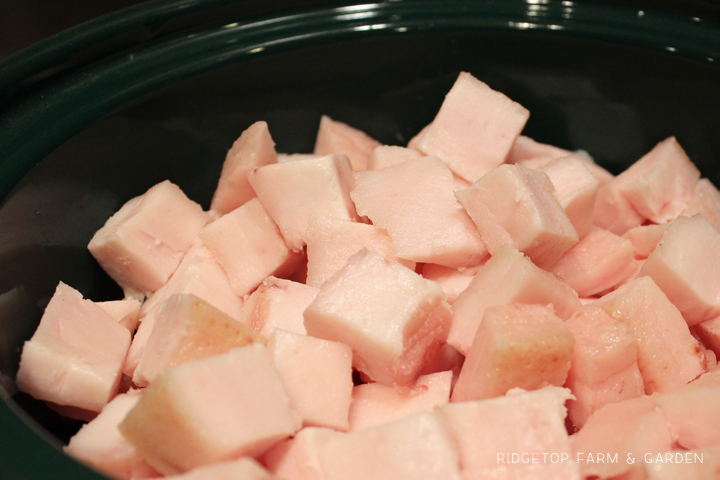 I turn the slow cooker on high, at least for the first little bit.

You know you are on your way to rendered lard when the fat changes from it’s lovely pinkish color to a horrid creamish color. 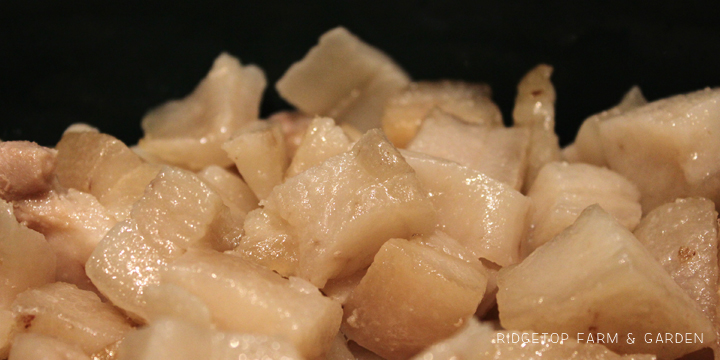 As the fat heats up, liquid escapes the chunks and starts filling the slow cooker. This is the good stuff. 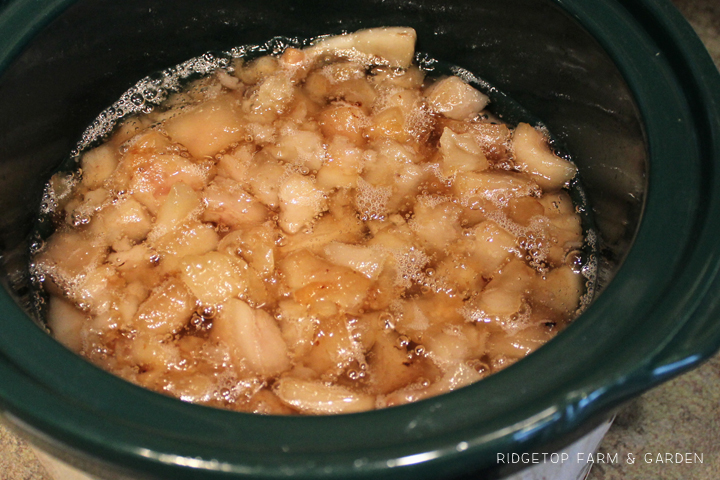 Using cheesecloth and a funnel, I carefully strain the liquid fat into a jar.

I pour the first bit of liquid about an hour and a half into the cooking.

I turn the slow cooker to low, and let it render some more. Then, when there’s more liquid I strain that.

*Please note – the fat will not render completely out. There will still be some chunks remaining. 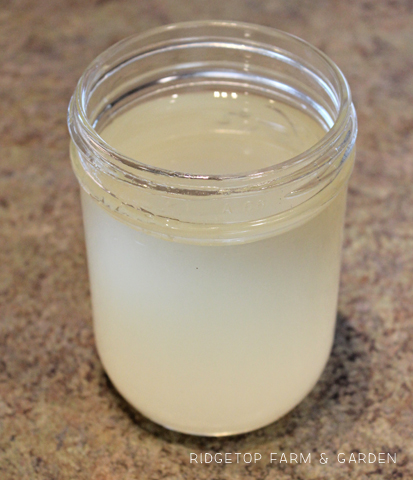 After the liquid cools, I place a lid on the jar and put it in the fridge. Here it turns into the soft, solid, white stuff we refer to as lard.

It can be used in cooking, baking, suet, or soap making. 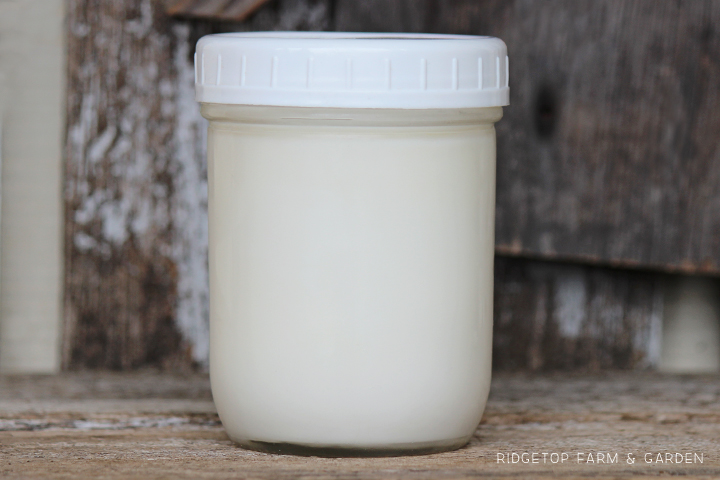