You are here: Home / Fun Times / The Dream to Run 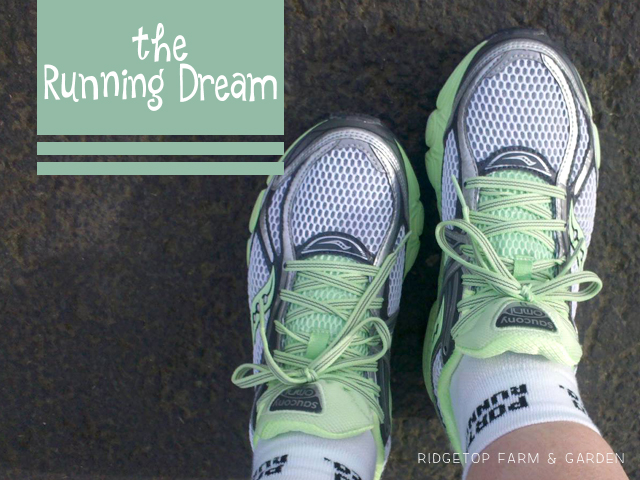 I don’t typically post about my weight, health, etc. But, I’m starting a new routine because I keep getting bigger… and bigger… and bigger & I feel like ranting. I officially weigh more now than I did when I was pregnant with any of my kids… and my last one weighed a whopping 10lbs, 11oz when she was born. This much weight gain is unacceptable.

You would think the fact that I’m so irritated over this would be the motivation I need to eat only healthy food. But, I’m having a terrible time trying to eat better. My biggest, baddest habit is pepsi. For one entire month I didn’t have it in my house, which means for most of that month I was consuming a few hundred calories less than what I’d been consuming for years. I didn’t even lose one pound from that change in the entire month. I hate to admit to being a quitter, but it ticks me off. If I’m not going to lose weight, I’m going to drink it. The stopping to drink pepsi is now a slow, slow, slow work in progress… meaning I drank some today… and I’ll probably drink some tomorrow. But, I have the intention of quitting that terrible habit someday.

Let’s move on to change #2: working out. Farmer John bought me an elliptical running machine from Costco. I really like it. In my former life when I actually went to a gym, the elliptical was my favorite. And, I really like this one. It has many settings & such, but so far I just hop on and go. I signed up for a 6.5 mile walk in May to keep me motivated to ride this thing. I also have plans with friends to do an event in September, which got me to thinking that I should sign up for a run/walk in June, July & August, too. Whatever the reason, I have the desire to run. I started running on the elliptical on Monday & by Sunday I had run 16.5 miles. I know that’s not a record, but it’s 16.5 miles more than I’ve ran probably ever in a week, even when I was going to the gym. Now, for the bummer. I gained a pound this week. Are your kidding me??? But, the scale tells no lies. 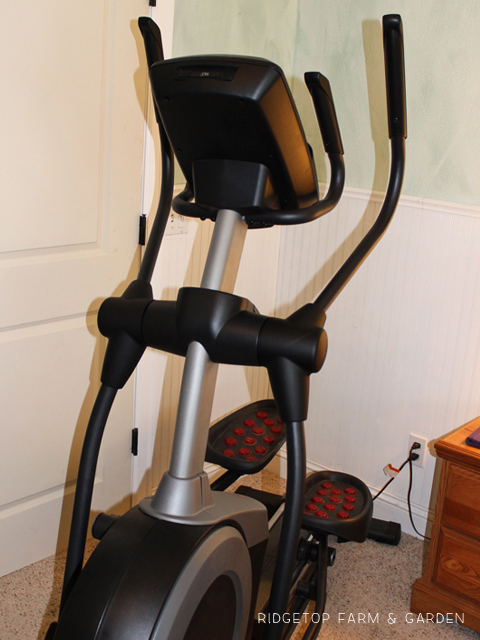 I’ll say change #2 is going so-so. The running is great. The gaining a pound sucks… a lot. I realize I’m not going hard core. But, I’m not a hard core type of person. I still wouldn’t have expected to gain a pound this past week. I didn’t eat crazy bad this week & I sweated through 16+ miles. It’s frustrating! I took my aggression out by first going outside on a little bird watching walk, then later ran 3.9 miles on the damn elliptical.