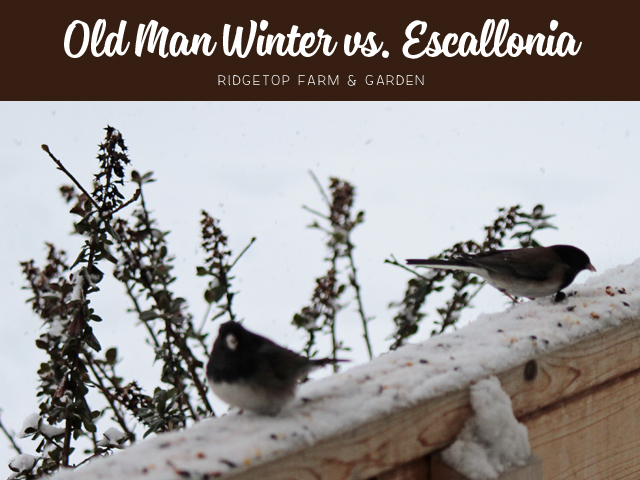 Back in 2012 I planted a front flowerbed. It was a big deal. I had planted many other flowerbeds, but the one right at our entrance had been on hold. Finally, though, I was able to put in the flowerbed. I was thrilled! I decided that since it was a small area & it was the most visible that I would splurge & spend the money to get the cool plants I wanted.

The main plants were Pride of Donnard Escallonia and Bonanza Gold Barberry. To save money, I purchased small plants, so it wasn’t the impressive when I first planted them. But I had high hopes in my mind of what it would eventually look like.

The Escallonia had really taken off & by June of the next year looked beautiful in bloom. 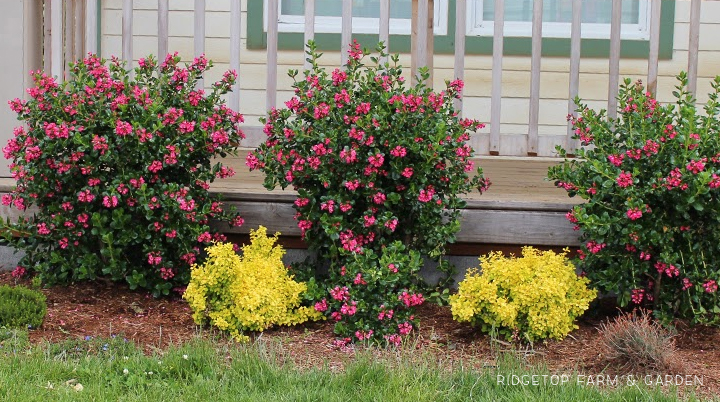 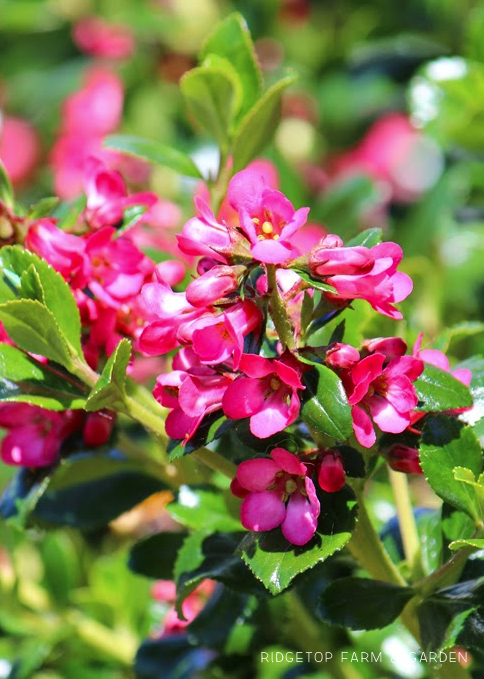 I love the bright pink flowers and dark green leaves against the chartreuse color of the barberry. 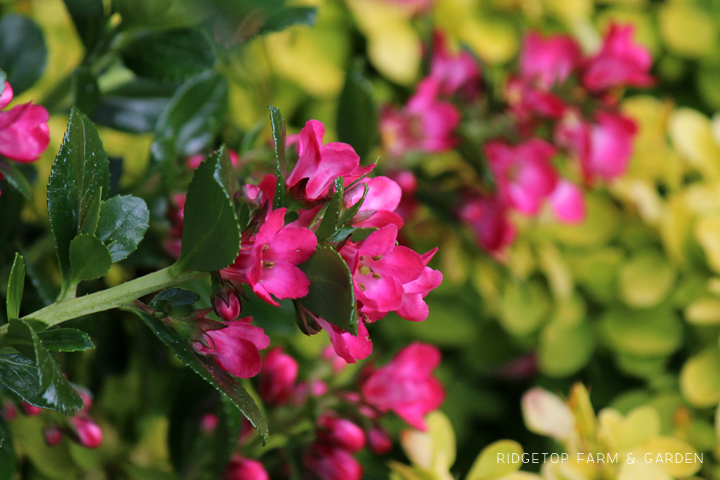 By August the Escallonia was done blooming, but looked lavish in its greenery. I couldn’t wait until the slower growing Barberry filled in a bit. 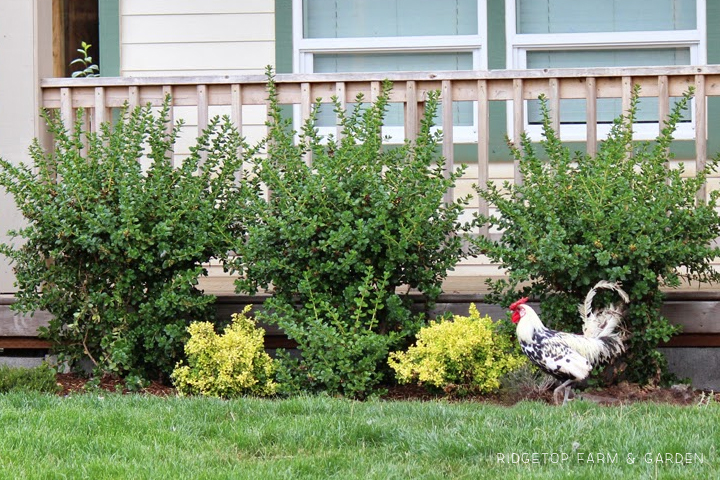 I was so happy with how well the main plants in that flowerbed were doing.
And then we had a cold snap over the winter…
The Escallonia tag stated it was hardy to about 5°. I remember being a bit concerned about that when I bought it. I even questioned the lady at the nursery about it. I decided I would chance it. How often do we really get below 5°? Well, during the Snowpocalypse it did get colder than it had since we’d lived here. Princess Escallonia didn’t like that much. A snow queen she is not.
In April I thought they were looking rather bad, but I was hoping they’d recover. 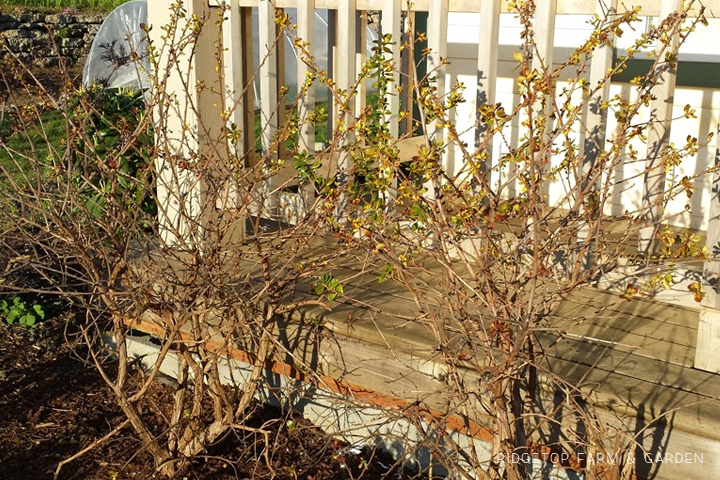 By June, there was no denying that the winter weather didn’t do these plants any favors. 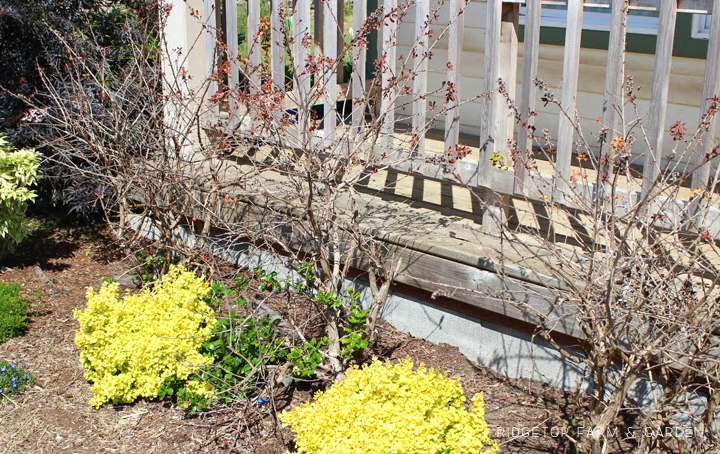 They aren’t completely dead. There is some growth at the bottom of each of the plants. There are even a couple pathetic blooms. The middle plant looks the best & the plant on the right has only one green branch. The other day I gave them a trim & got rid of most of the dead branches. 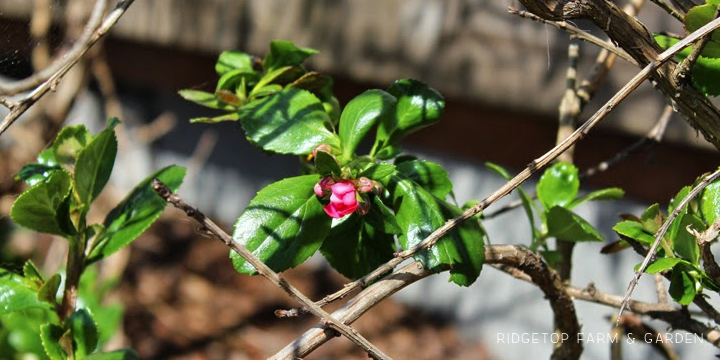 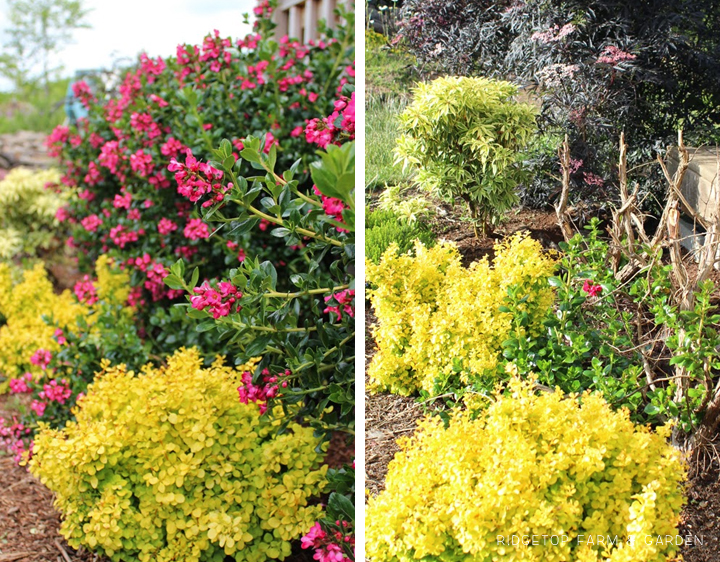 I think I’m going to let them stay & reevaluate the flowerbed next year. I want to give them a chance to come back in full force. If they don’t, then I’ll have to come up with a new plan.

This photo is a bit deceiving since everything looks pretty good. Unfortunately, one of the Escallonia plants (not pictured) hasn’t recovered well from its freeze. It’s not dead so I’m not taking it out, but it is wonky with only one main branch that flowers. 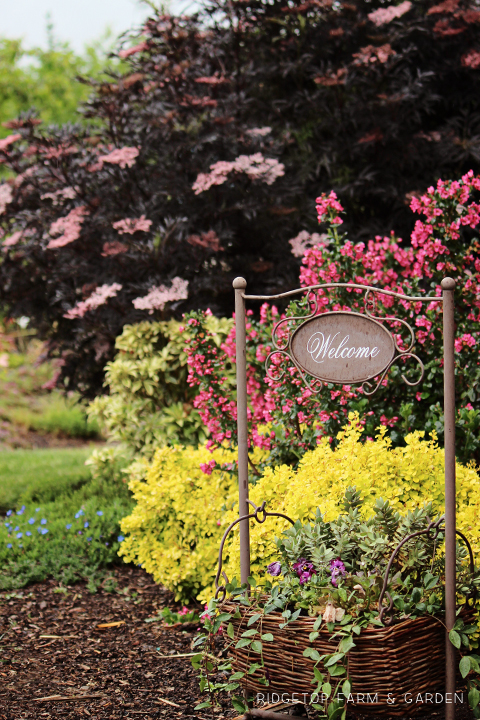