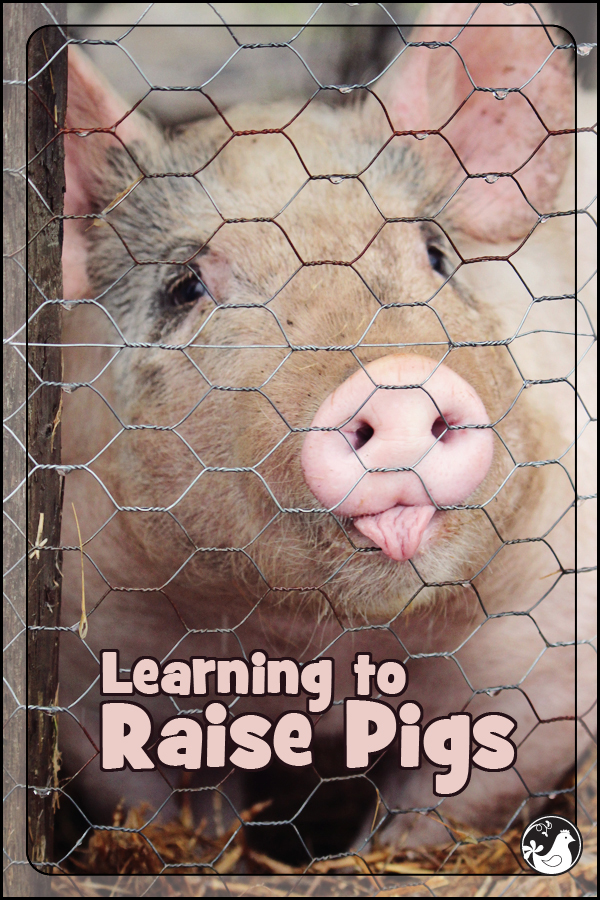 Our oldest is raising 2 pigs to earn money for the laptop he’s been wanting. Although he’s been doing most of the feeding & watering, we’re all learning a little about pigs.

Back in September, the day they came to live with us. 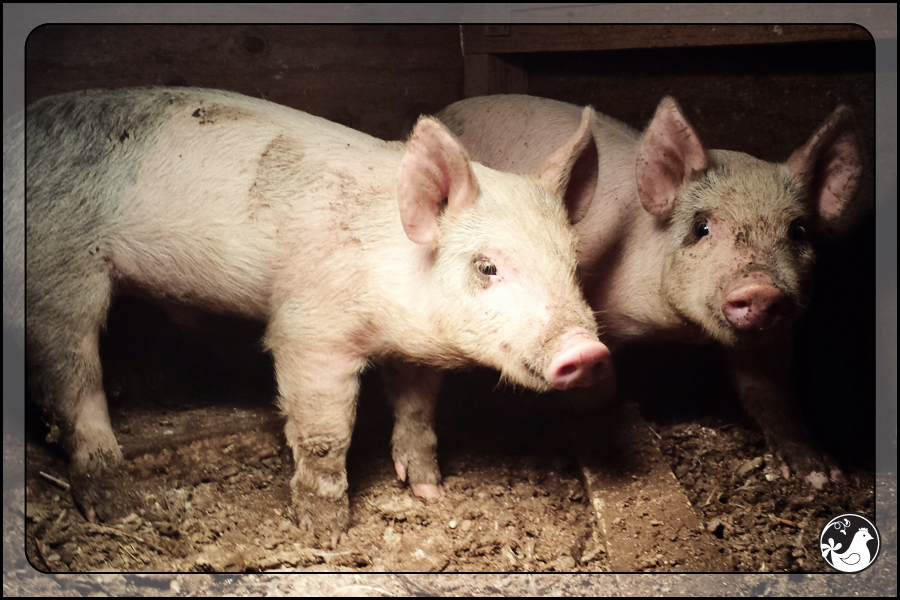 They always came to say hi when I walked by. I’m sure they were hoping for food. Whatever the reason, it was super cute. 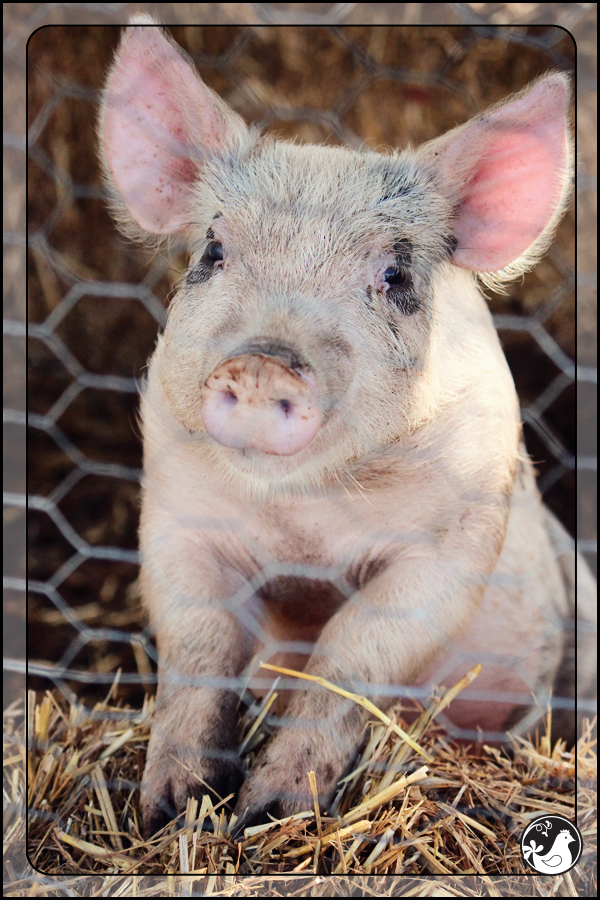 They liked to nibble on our shoes. It didn’t seem as if it was meant to be mean. Maybe they were hoping they would taste good? 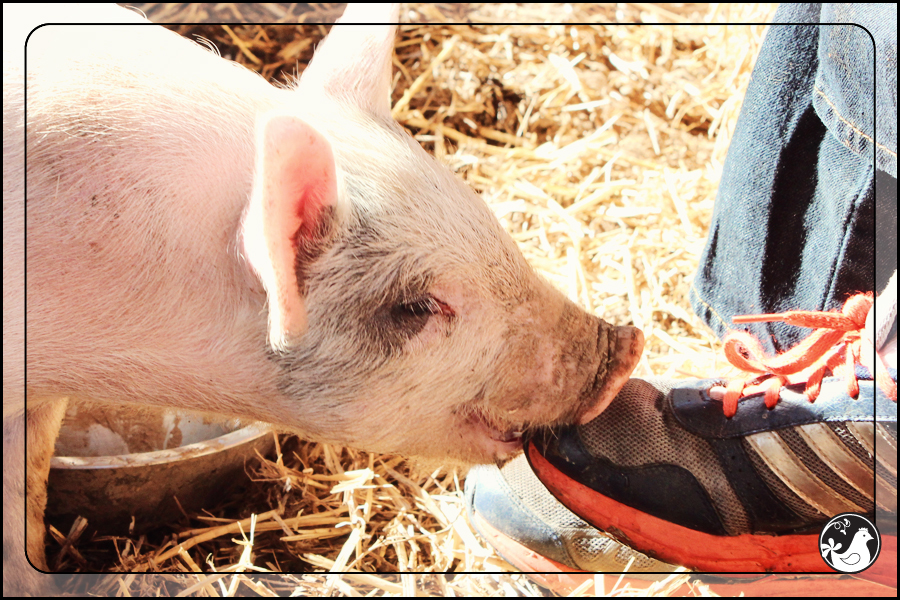 We use a bucket with watering nipples for our thirsty chickens The goats have a bucket. Neither of these methods were going to work for getting water to the pigs. We tried buckets and shallow containers. They stepped in them & spilled them every time.

So, Farmer John went to the feed store and came back with this. It works well as a constant source of water… in warm weather. Once the temperature started freezing, though, he had to unscrew the hose. Which, of course, meant no water. 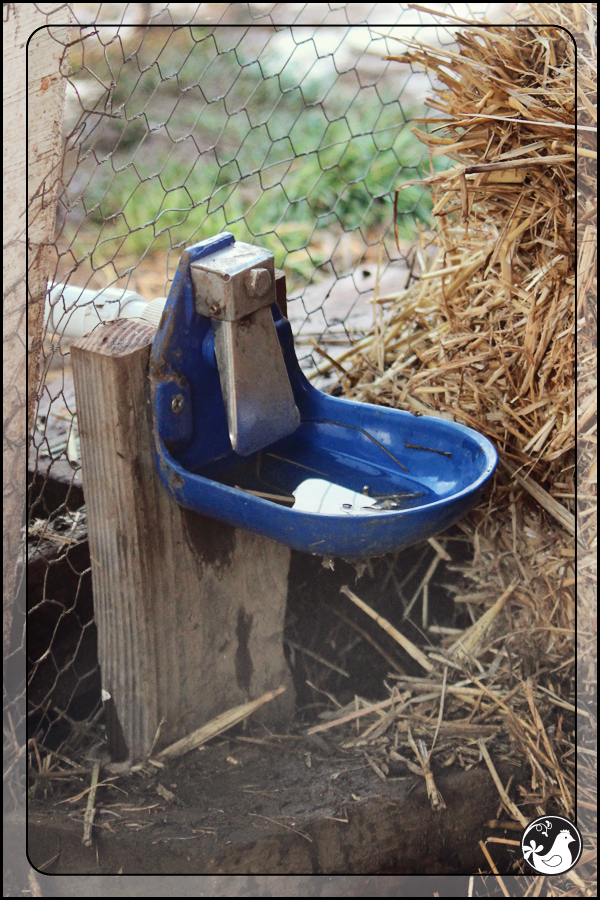 The pigs then got upgraded to the container we use as a brooder for our chicks. They’ve had this for awhile and seems to work fine. 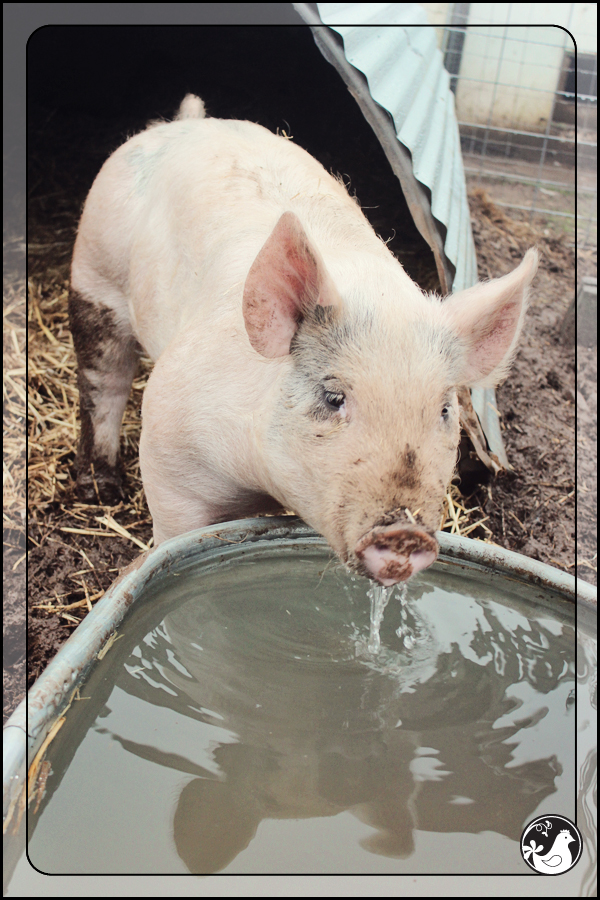 We had the same problem with a feeding bucket as we did the water. They dumped over every container they were given. 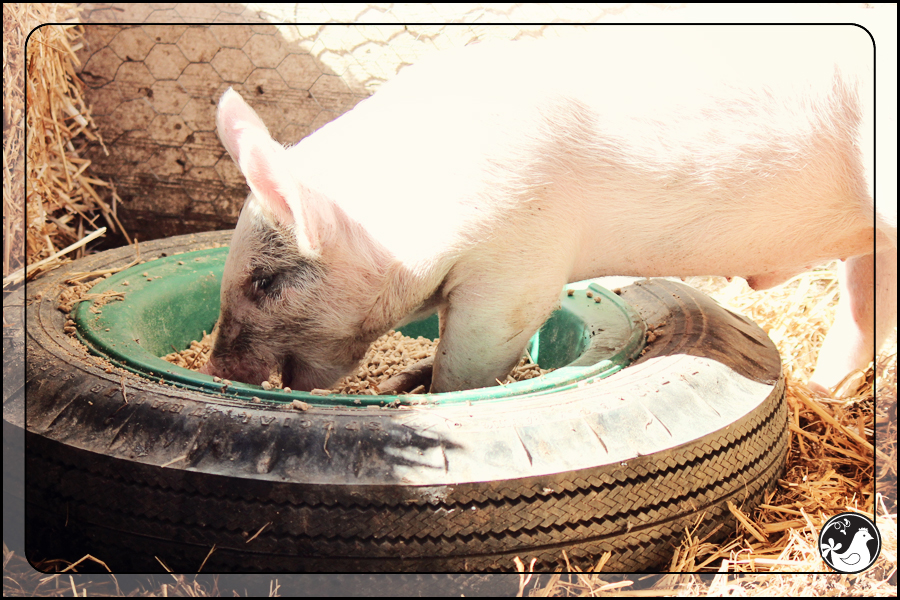 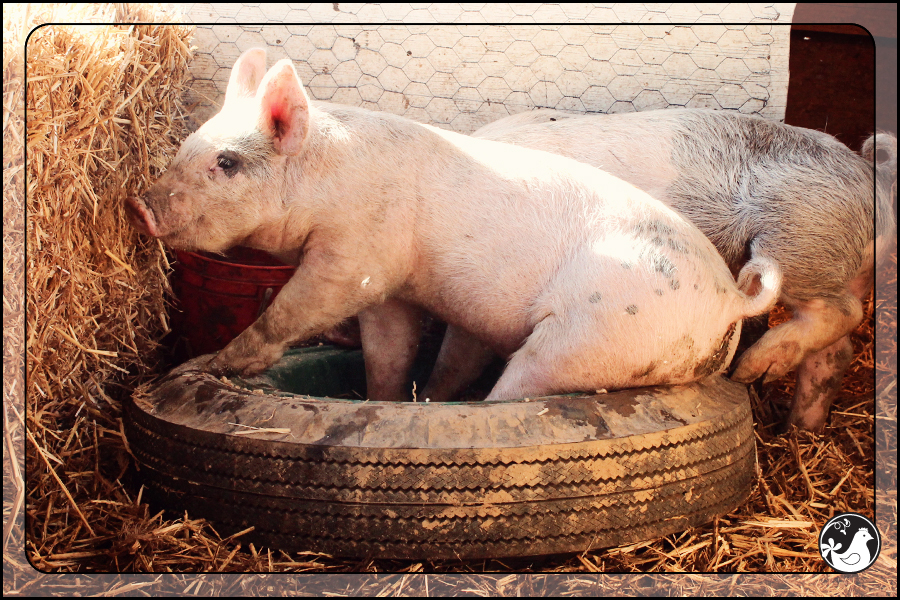 They have moved on to eating from this metal container we once used for our dogs. 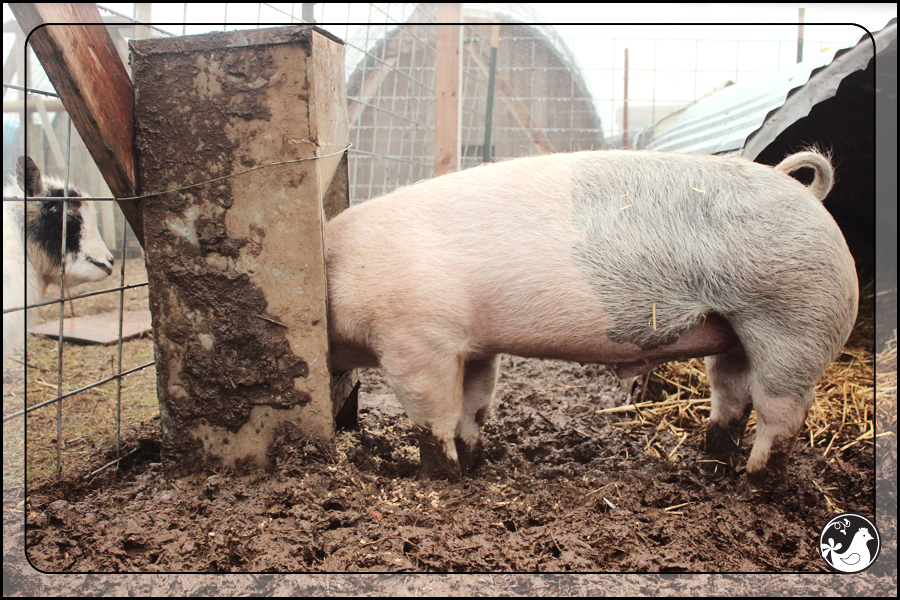 We talked about getting pigs and Farmer John started a shelter. But, the day came sooner than we were thinking. We had 2 pigs, but no home for them.

The pigs moved into what we call “The Duck Pen.” It was originally built for ducks. But, ducks, chickens, quail, turkeys & goats have all resided in this pen. It was empty at the time, so the pigs moved in. Straw bales were lined against the chicken wire to keep them from pushing under the fence. This worked for awhile until they were big enough to break the bales. 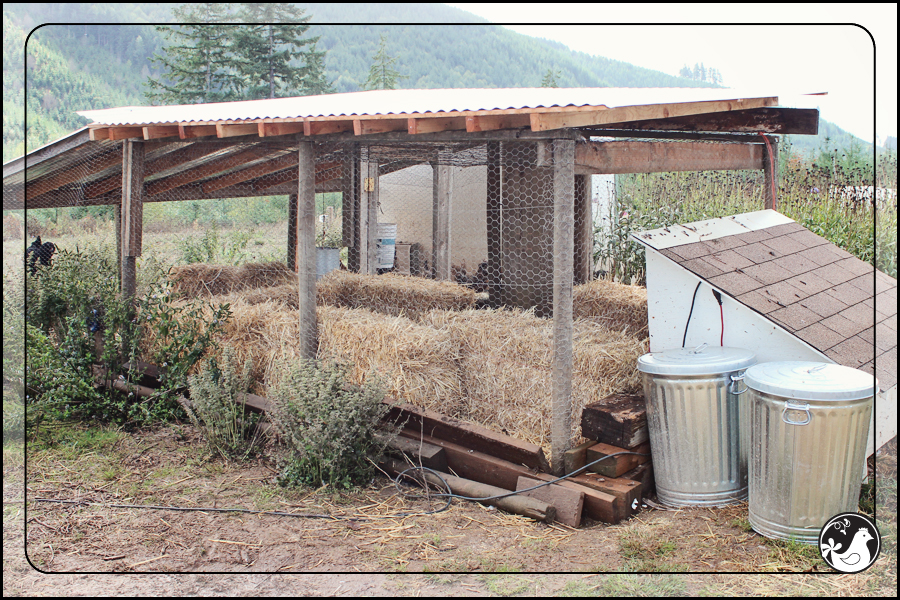 Sleeping in their cozy duck house. We had a light on them for awhile. But, don’t anymore. 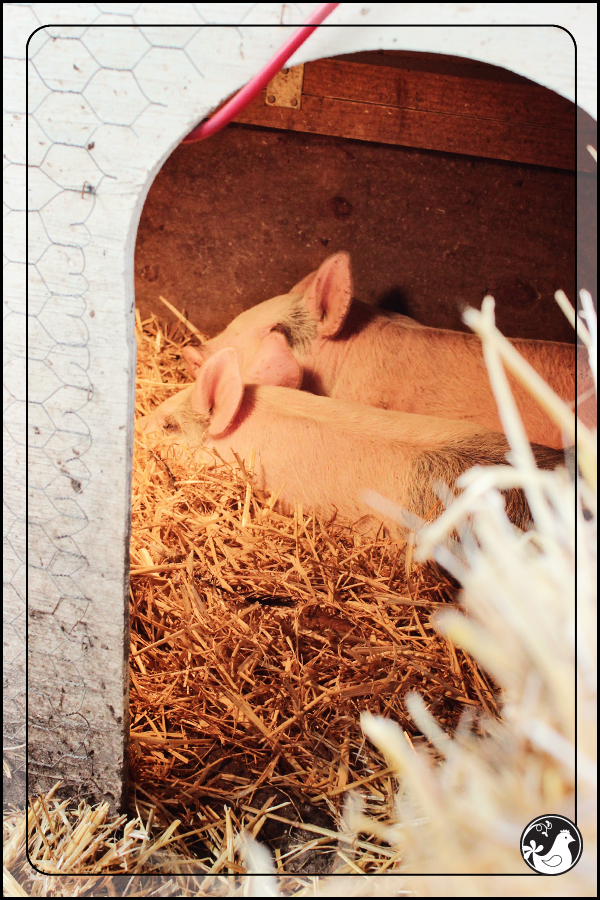 Their current home is a mix of materials we had on hand. Their pen is set up inside the fenced area for the goats. Cattle panels were attached to the beginnings of the structure Farmer John originally started for the pigs. Their house is a hoop house we’ve used for gardening projects and housing chickens. 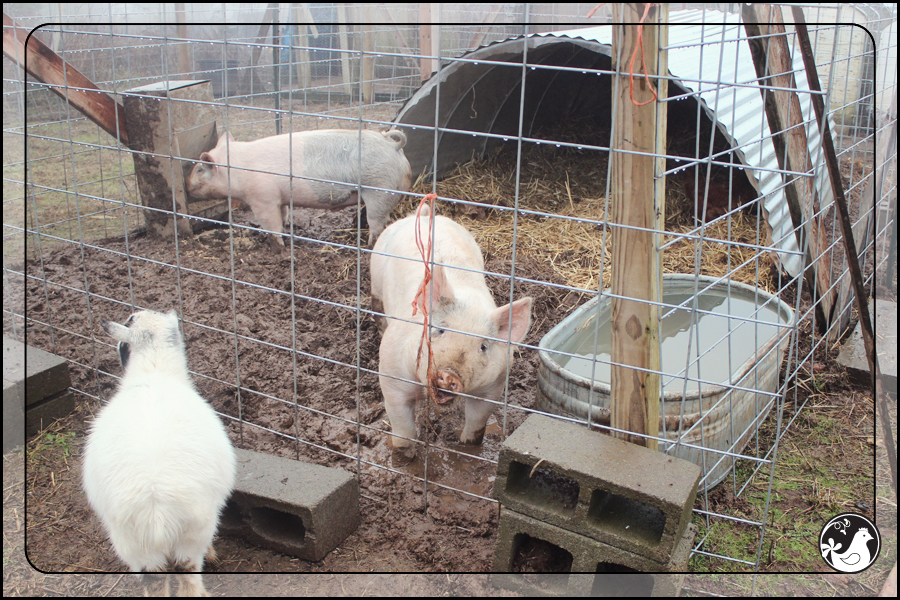 The pigs are definitely growing. I don’t know how much they weigh, but they outweigh our son. They are getting a bit aggressive. They are no longer the cutie patootie piggly wigglies

Resting in the hoop house. 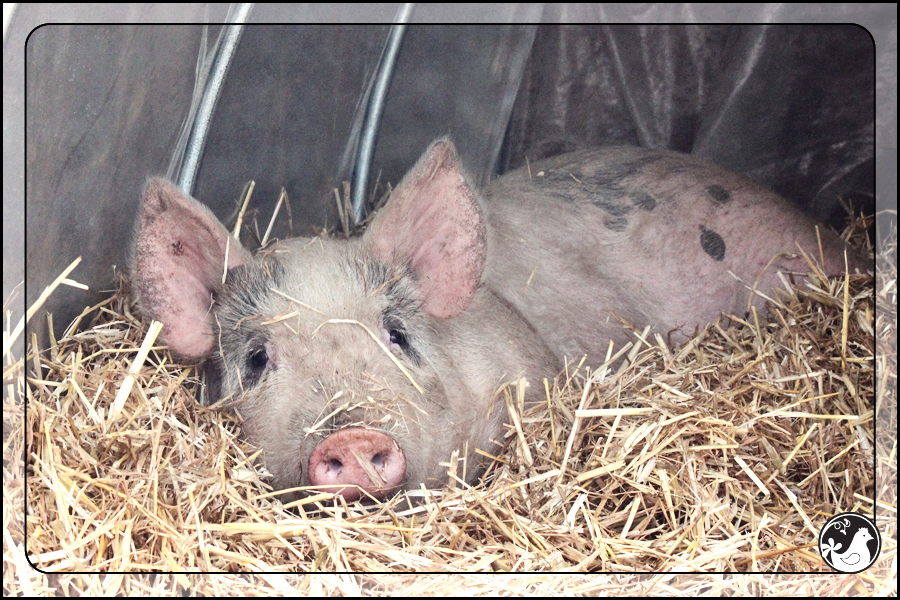 They still come up to me at the fence. 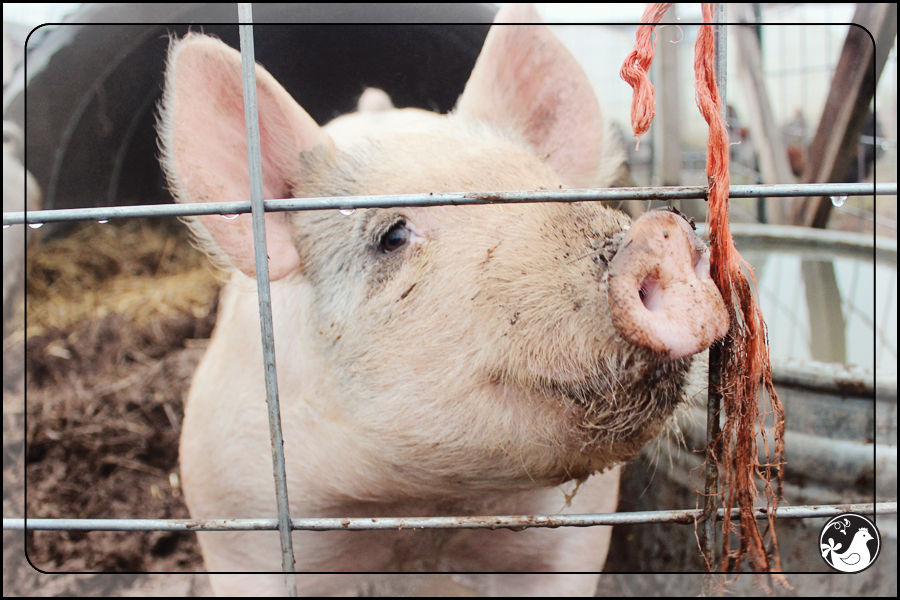 I have no idea what the goats and pigs think about each other. But, with the fence between them, there doesn’t seem to be any problems. 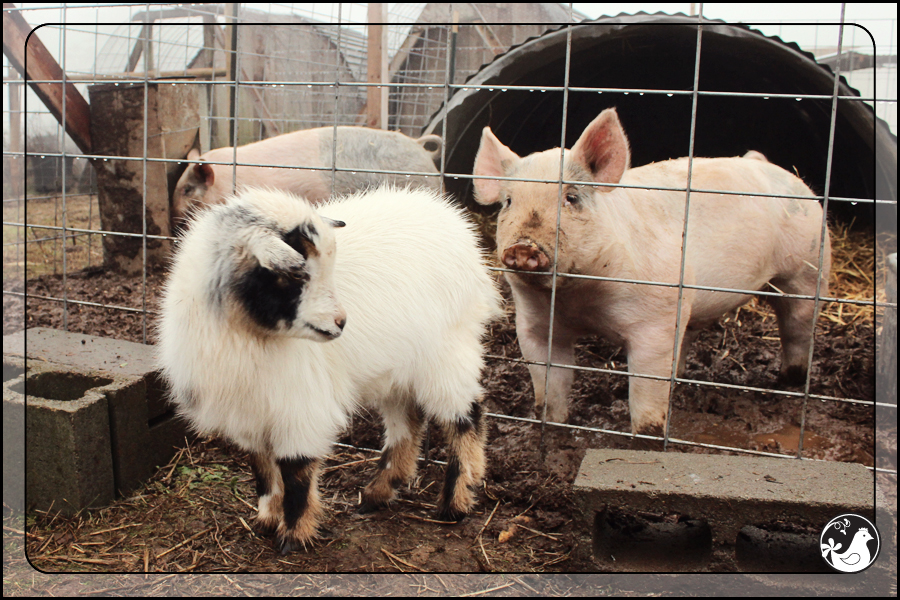 It didn’t take them long to turn their living space into a soupy, sloppy, mucked up mess. 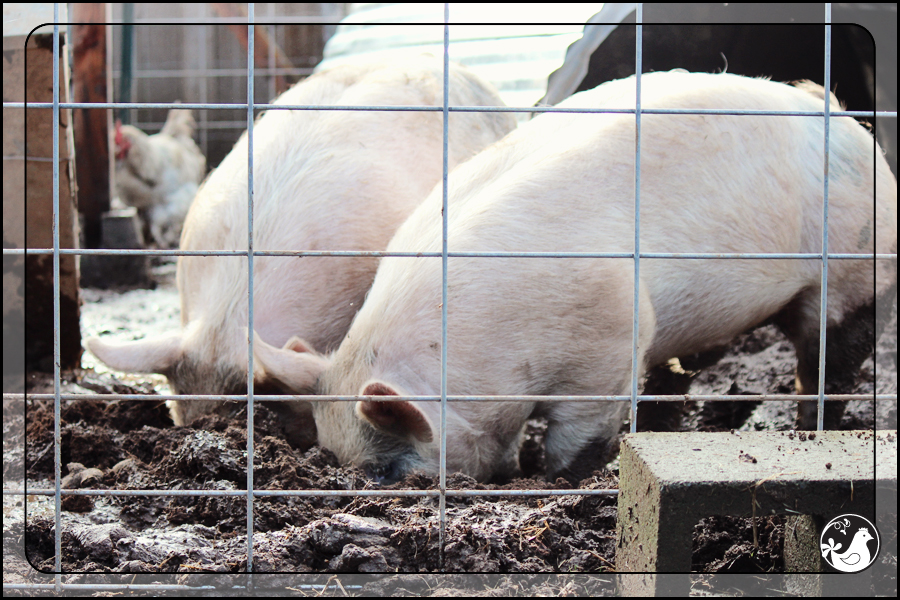 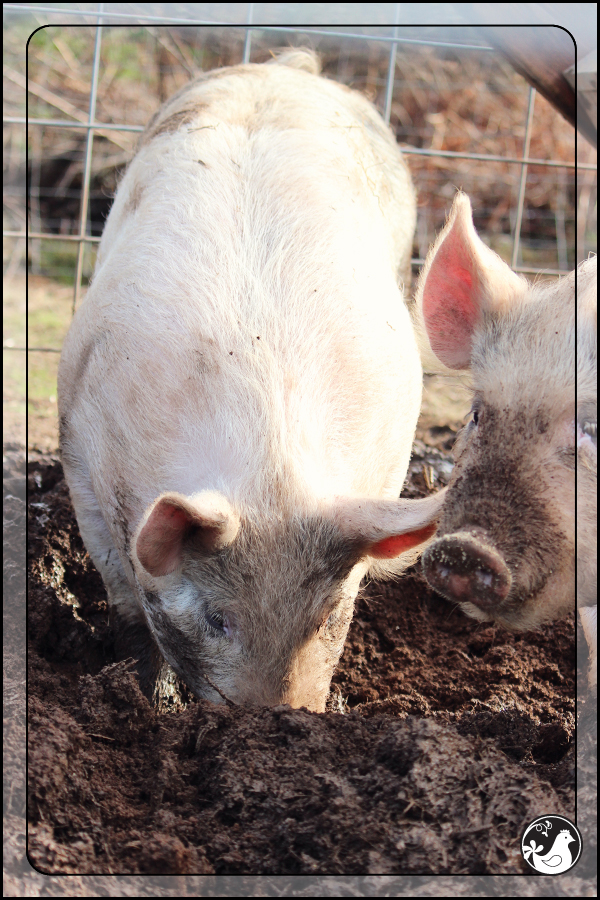 So far our pig raising experience is going well. We’ve had a few minor issues with figuring out the best way to feed and water them. They escaped once. Farm Kid1 has had to figure out how to get them their food without the goats jumping all over him and without the pigs trompling him. But, he’s figuring it out.

They probably have about 2 more months until they reach butcher weight. Until then we will enjoy them. 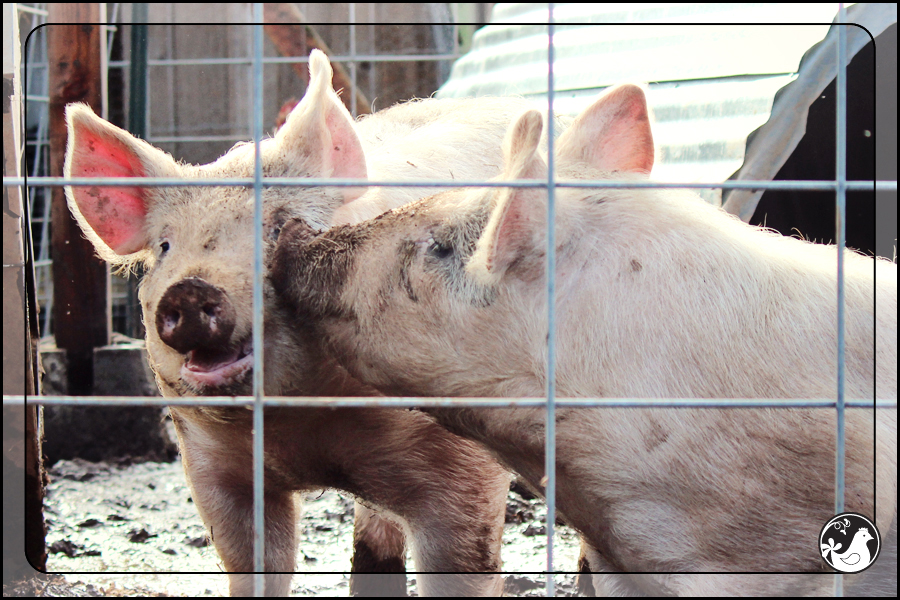 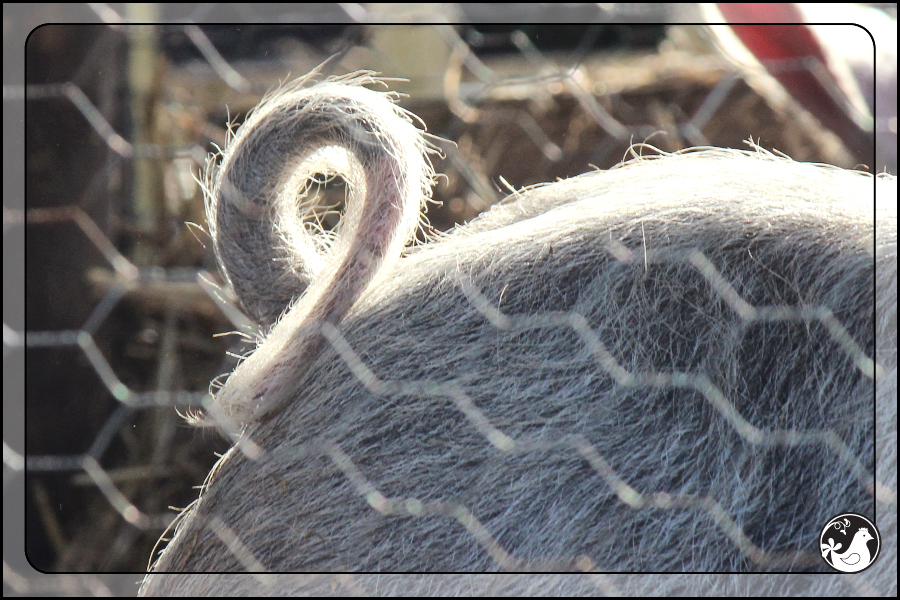