You are here: Home / Home Education / World Studies / Christmas Around the World – Week 1 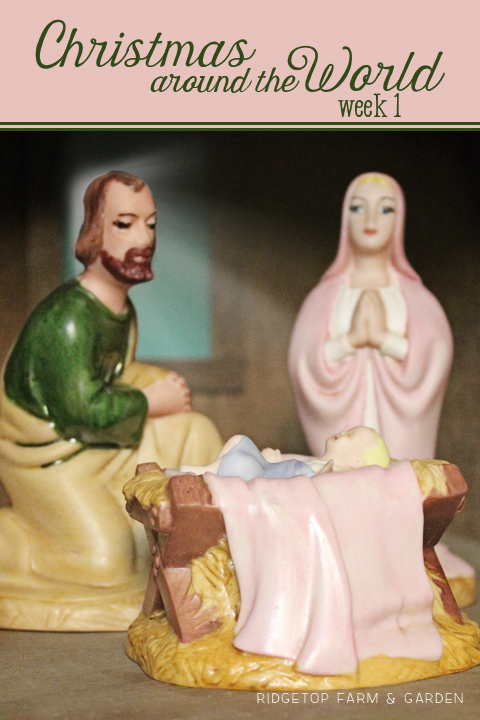 For three weeks we will be learning about how Christmas is celebrated around the world. We are studying three countries each week. This first week we learned about Finland, France, and Australia.

Much of the information for this unit was found on Homeschool Share. I also checked out many books from the library & searched the web.

I am using our cork board as a map to mark the countries we study.

For each country I printed a photo and wrote “Merry Christmas” in their language. I also printed a mini flag for Farm Kid1 to color. He has expressed interest in learning various flags so this was a fun way to incorporate that. 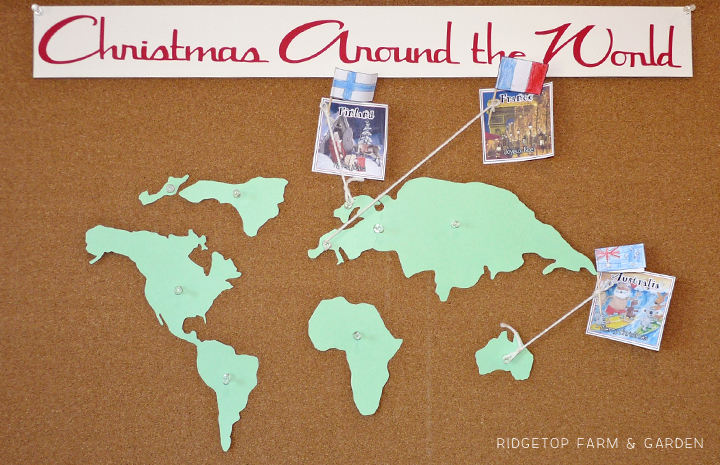 Little known fact (or at least I didn’t know this): Santa Clause actually lives in northern Finland. He lives up in the mountains in a place we can’t get to, but there is a town nearby which we can go visit. If we lived in Finland or if we were rich, I would totally take my kids there.

My husband’s great grandparents came to America from Finland. His grandma is still living & to this day enjoys her very Finnish sauna (which btw, is pronounced sow-nah, not saw-nah). 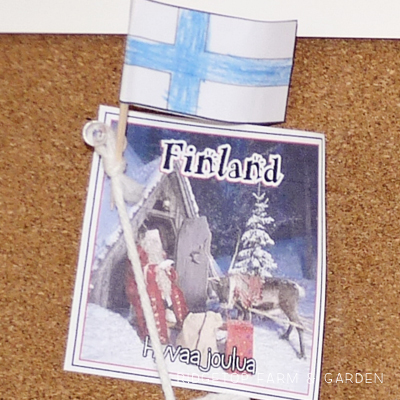 FINNISH STAR
I made the one on the left, Farm Kid1 did the one on the right. The directions came from Craftideas.info. There was a bit of a learning curve, but they were simple enough to put together. Farm Kid1 was able to do it with just little help from me. They are a little more interesting if you use double sided paper, like the one on the left. Farm Kid1 also made slightly smaller versions using music themed paper for his 3 piano teachers. 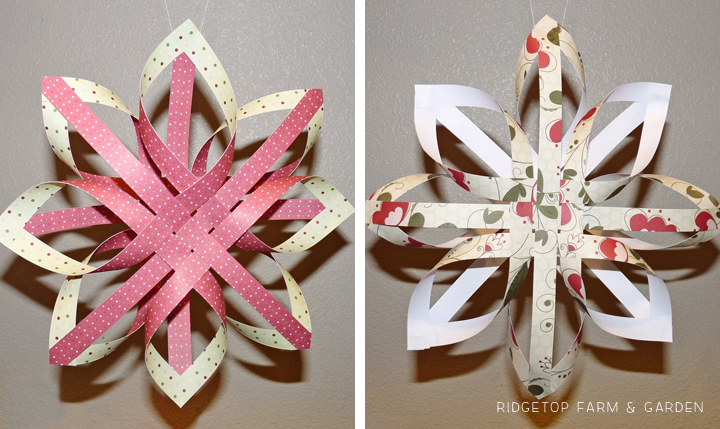 GNOMES
Apparently gnomes are a big thing in Finland. So, we made these cute little gnomes from pinecones. I used the directions on the Duo Fiberworks site. I love these guys. The only problem is that I found I did the majority of the crafting on them. Farm Kid1 gave one to his eye dr & sent one to his great grandma, whose family is from Finland. 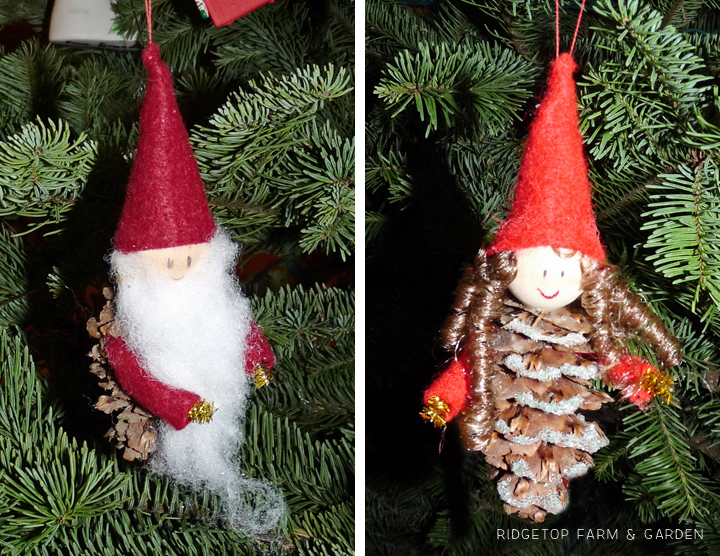 BIRD SEED ORNAMENTS
The Finnish set out treats for the wildlife during the holiday season. So we made these bird seed ornaments. I found the directions on Homemade Mamas. The kids really enjoyed this project. We made a bunch & gave them to my kid’s teachers.

On our first attempt (right photo) we used cracked corn since we didn’t have regular bird seed. I don’t recommend this. It was more crumbly than using the birdseed. 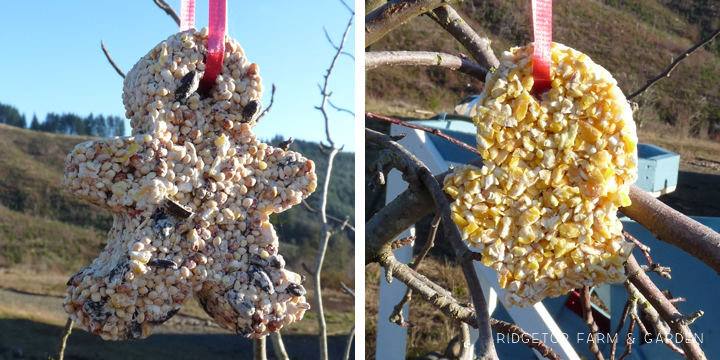 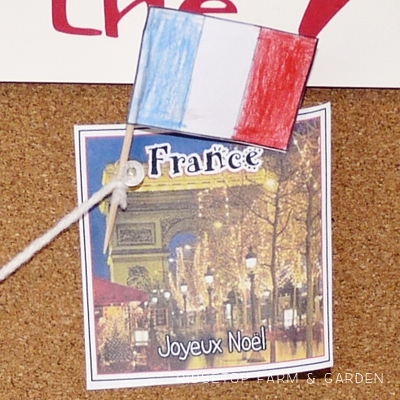 PARIS CANVAS COLLAGE
Before we had kids, the hubby & I spent a day in Paris. This canvas collage of pics hangs in our school room. Farm Kid1 enjoys looking at it, so this unit gave us a reason to talk about it. 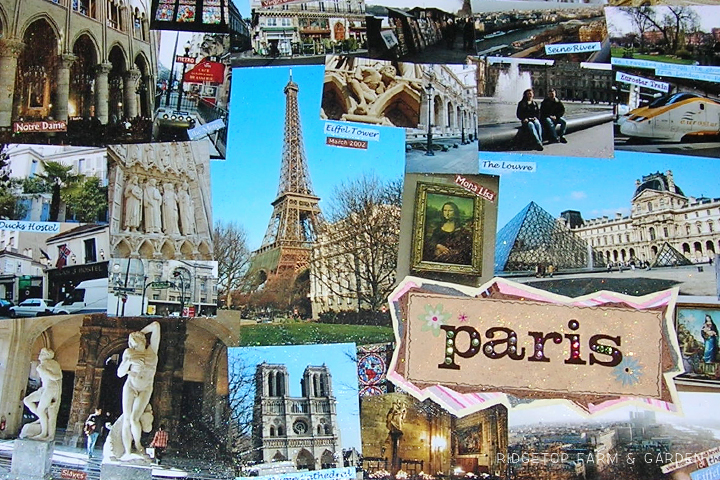 NATIVITY
The nativity scene is a huge part of Christmas tradition in France, as well as many other countries.

My hubby’s grandma painted this fabulous nativity set. It was nice to tell the story to Farm Kid1. I think it made it more significant to him since many of the countries we studied also value the nativity and that we, too, have our very own family nativity scene being passed down. 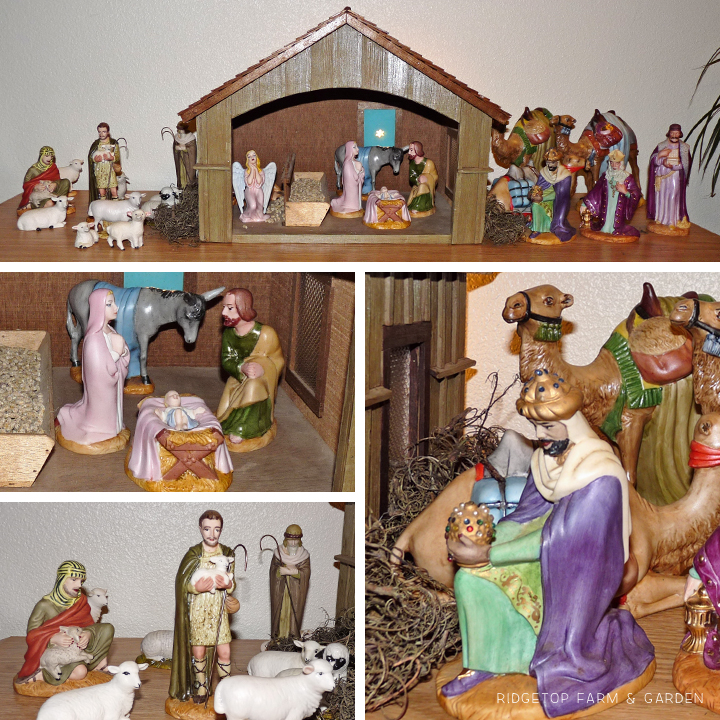 YULE LOGS
In these modern days, the French eat their yule logs, as opposed to burn them. We made the easy-peasy version. My kids didn’t know what twinkies were so this was especially fun for them. 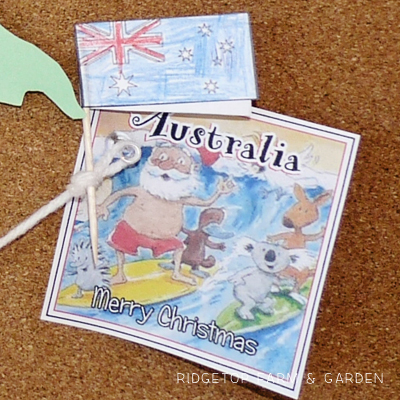 POPPERS
Although originally from England, the Australians make Christmas poppers. Last week we made little star ornaments out of plaster of paris. I asked Farm Kid1 to pick 2 people he wanted to give a plaster star to & then wrap it popper-style. 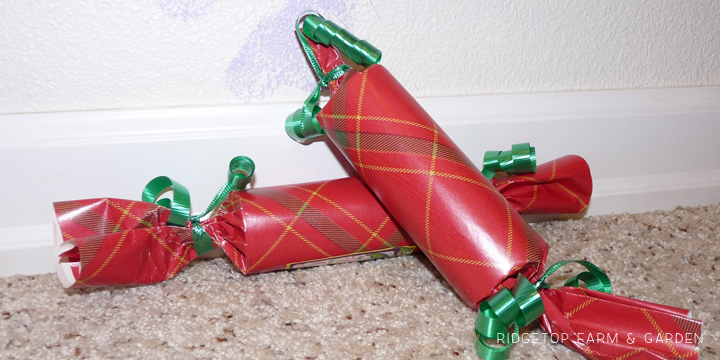 12 DAYS OF CHRISTMAS
There is an Australian version of the 12 days of Christmas. So, Farm Kid1 made a drawing of that song as well as a drawing of the version we sing in the United States.

We watched this you tube video: Christmas in Australia.
Which led us to this video on you tube: Aussie Jingle Bells … for some reason this totally cracks me up…