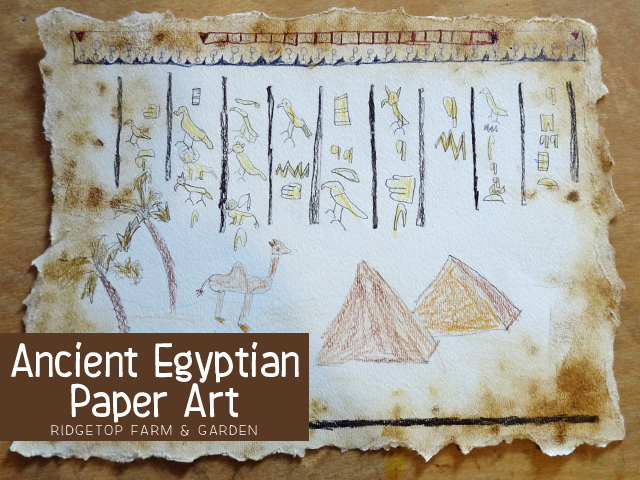 I was kind of stumped on what art project to do for the Sahara Desert/Africa mini unit. I really wanted it to include a camel. When I think of the Sahara Desert, the camel is the first thing that comes to mind. I also love the ancient Egyptian art. So, I came up with this project that includes both those things. We searched the web for examples of ancient Egyptian art.

I wanted this project to have a worn feel to it so I tore the edges of the paper. Then, I gave him some ink from my scrapbook bins. He used a makeup sponge to smear brown ink around the edges.

Some of the examples we saw had a top & bottom border, so I asked Farm Kid1 to draw those on his paper. 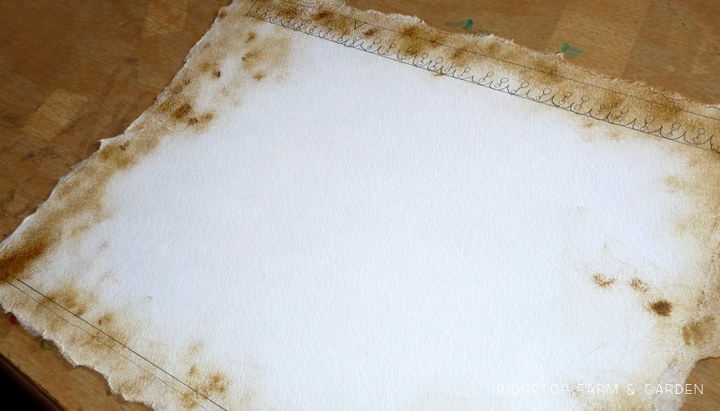 Next, I asked him to draw the horizon line about a third of the way up from the bottom. I showed him how to add dimension to his pyramids and a quick way to draw the trees. 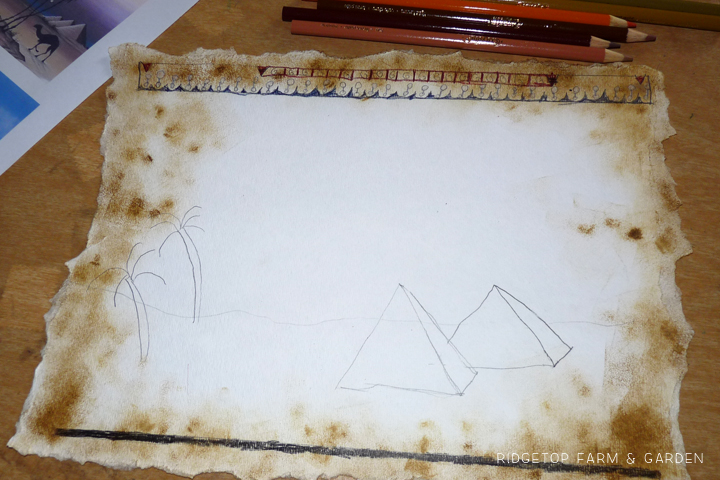 When it came time to draw the camel, I didn’t have any hints or tips. I just got out a book so he could look at a photograph of a camel. I really have no idea how to draw a camel. I think he did a pretty good job.

He used colored pencils to color in his pencil drawings. 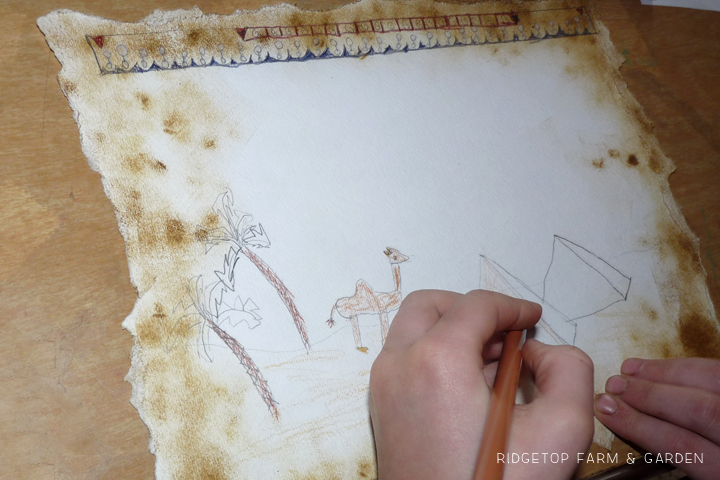 As I talked him through the project, I drew a quickie sketch on the white board. His camel is definitely better than mine. 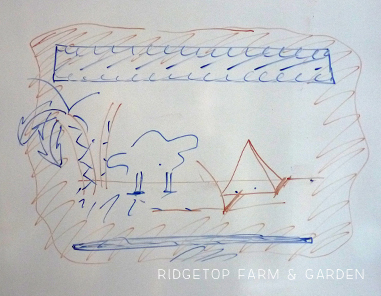 Now for the fun part: writing Date Palms, Camels and Pyramids in Ancient Egypt using the old Egyptian alphabet. He improvised on a few letters since the Egyptians didn’t have our same 26 letters in their alphabet. When he first started making these hieroglyphics, Farm Kid1 thought it was awesome. But, he soon got fed up making the darn bird over and over. He thought it was hard to draw.

The finished work of art. I love it! 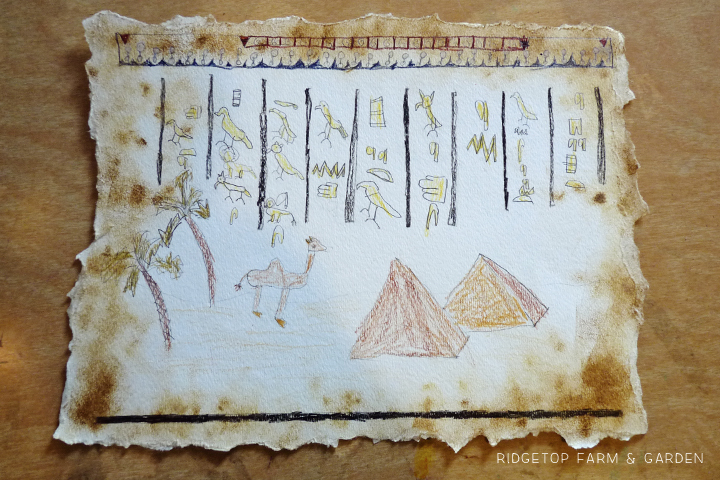