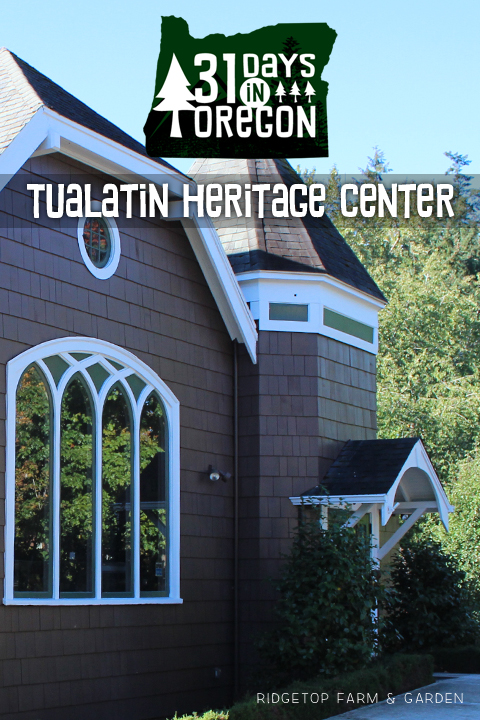 Over the summer, the kids & I went to the Tualatin Heritage Center for the first time. It is a small museum with only a few exhibits.

We had a great visit. The woman inside was very helpful and informative. She answered my children’s unending questions.

The building for the Heritage Center was once a Methodist Church. It was built in 1926 and moved to this location in 2005 after threats of being torn down. 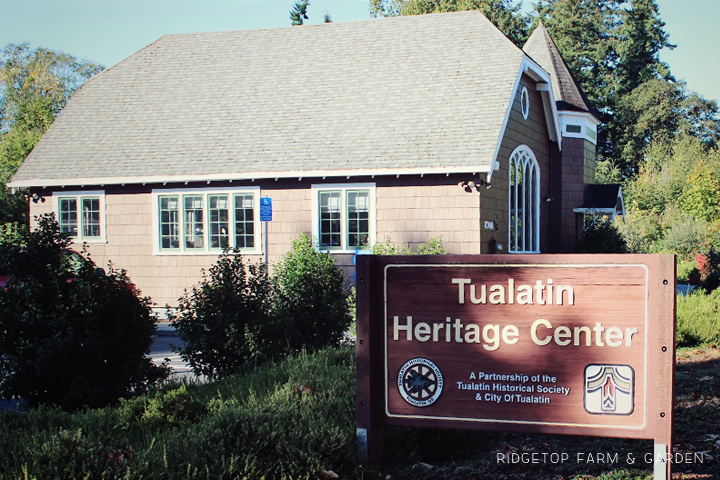 Decades later, part of a rib and molars were found near Nyberg Road in Tualatin.

In 1962, a college student went searching for more mastadon bones. He & his friends found about half of a skeleton.

Scientists believe the Tualatin Mastadon was about 27 years old when she got stuck in the swamp.

The skeleton has been on display in a couple places, but has not been of huge interest to the public. The city of Tualatin is working to change that. 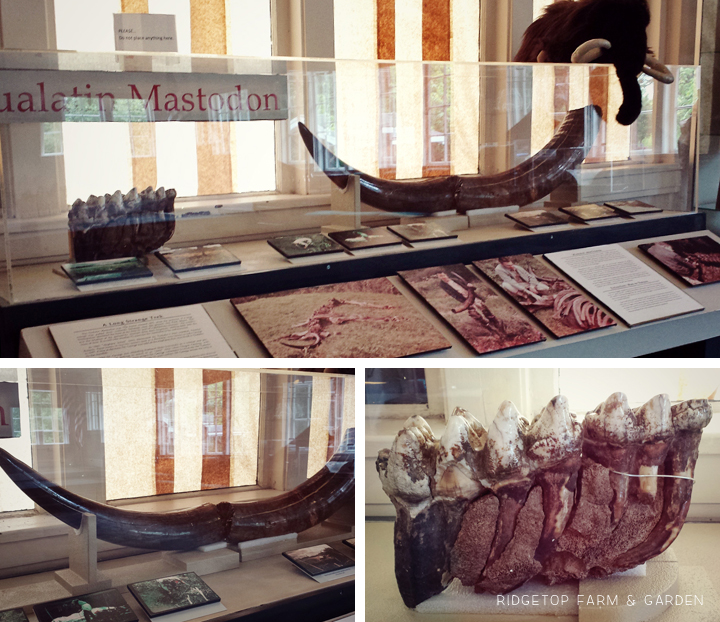 Along another wall are displays about other parts of the area’s history.

Bottom Left: Granite stone found in Tualatin. Granite is not found in this area and is thought to be brought in on icebergs during the Great Missoula Floods.
Bottom Right: The Kalapuya were the Native American people of the Willamette Valley. Many of the arrowheads on display were found in farmer’s fields. Also on display is a ‘grinding bowl and pestle used by the Atfalati band of the Kalapuya.’ 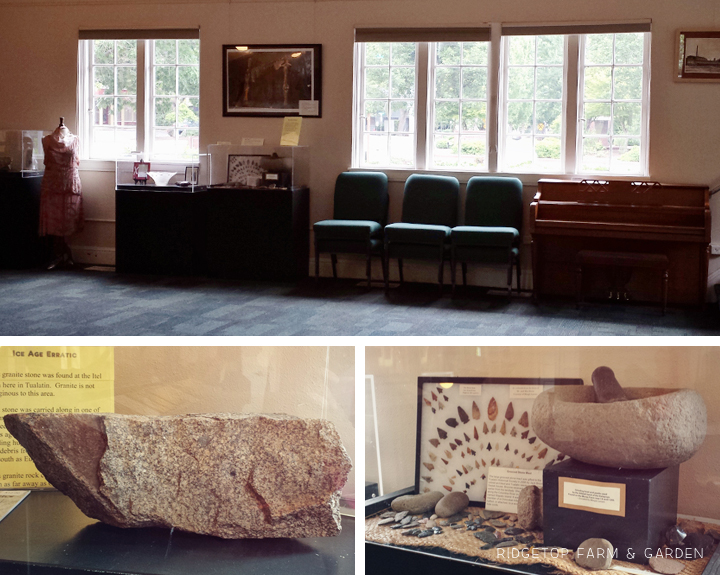 Right outside the Heritage Center is a trail. We explored it a little.
Highlights along this area were a cherry tree (with cherries) and a snake. My kids love spying creepy, crawly things. 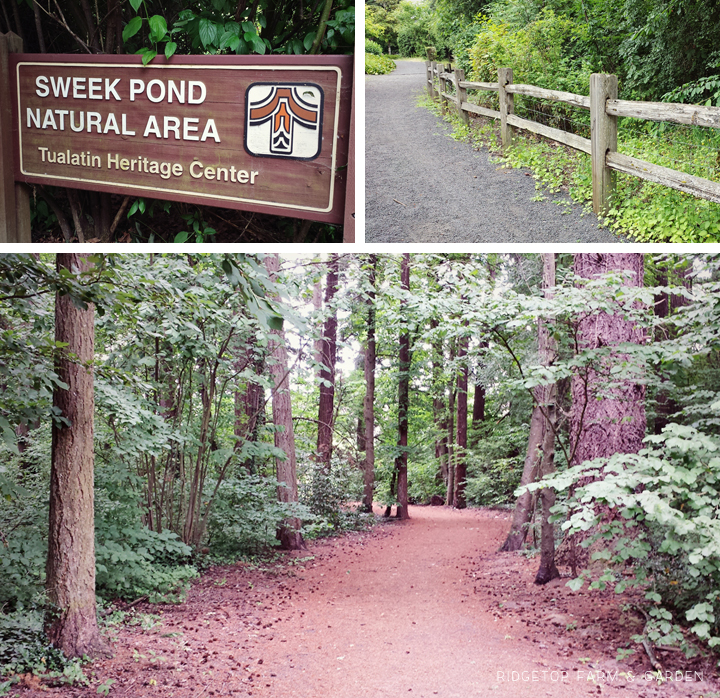 There are large boulders around that are not from rock found in our area. Scientists believe they were brought here on icebergs during the Missoula Floods.
A few boulders have been brought to the Heritage Center to bring awareness of the effects of the Ice Age in the Willamette Valley. 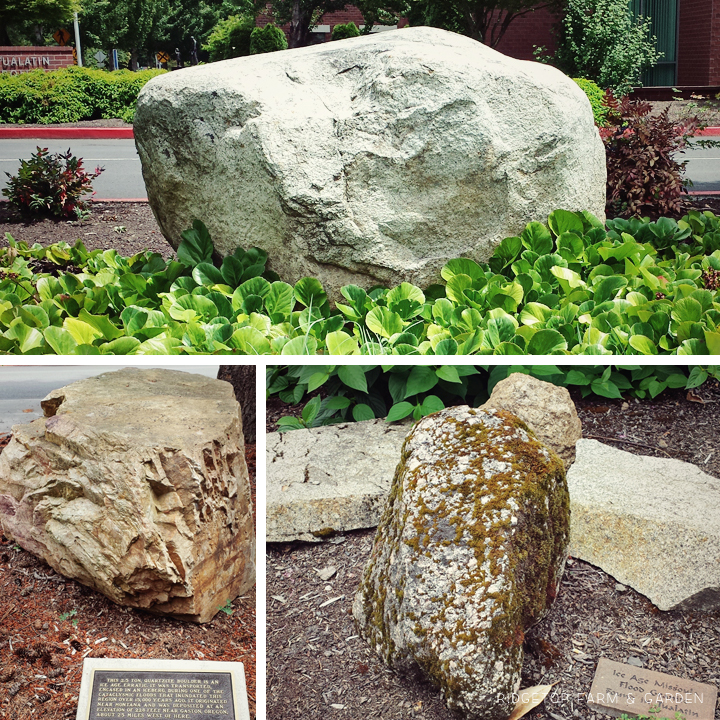 Many of the Mastadon bones are displayed at the Tualatin Public Library. Notice the Mastadon etched in glass behind the bones – such a nice looking display. 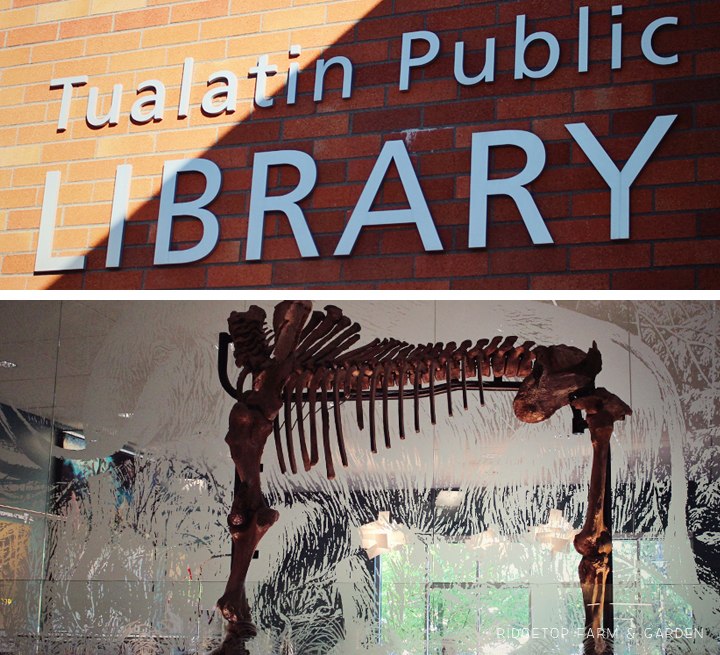 Outside the new Cabela’s store in Tualatin is a 9′ tall bronze mastadon sculpture.

I have lived in this area my entire life & never heard about the Tualatin Mastadon until recently.