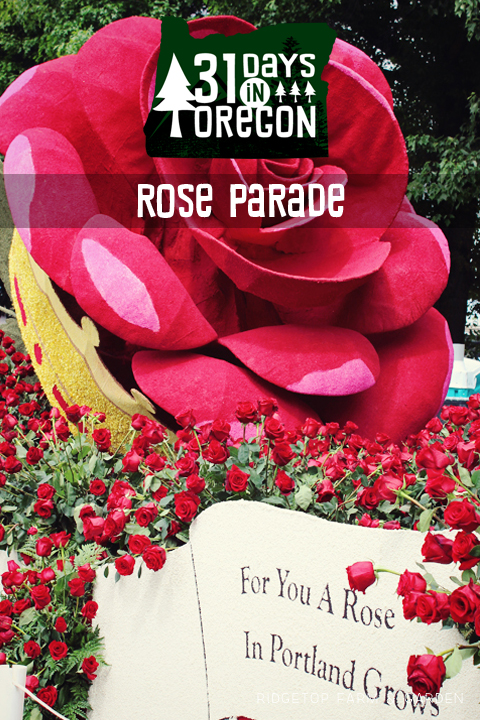 The Rose Parade, or more formally known as the Grand Floral Parade, is Portland’s largest Parade. It is held during the first part of June during Portland’s Rose Festival.

The Rose Festival has been a tradition for over 100 years & is still going strong. There are many activities taking place during the Festival, but the most popular is the Rose Parade.

WAITING FOR THE PARADE TO START

The parade is such a big event that we arrive a few hours early to get a decent spot. We get up early, hurry to get downtown, then wait. And wait some more. Luckily, there is enough entertainment around that we don’t get too bored.

If you go to the parade with friends or family, you can trade off saving your spot and walking around. One year we walked to Pioneer Square to see the tattoo created from flowers for Festival of Flowers. It was amazing. 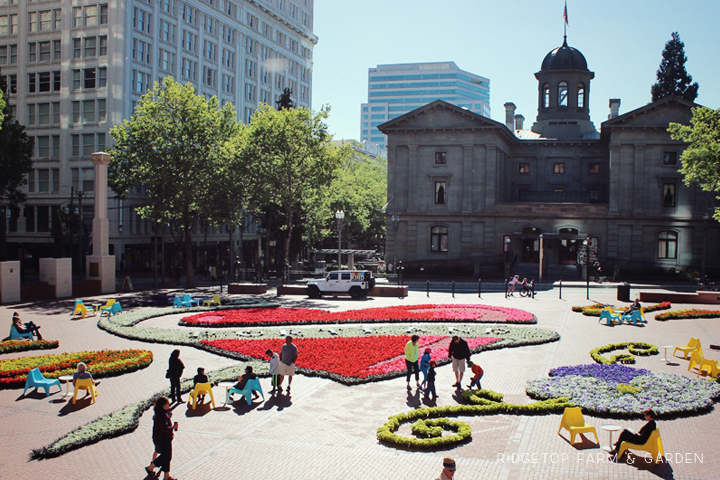 Top: Lots of vendors walk by before the parade. I don’t ever buy anything, but it’s fun to see what they’re selling.
Bottom Left: The Grand Floral Walk follows the parade route.
Bottom Right: Police make their rounds & hand out stickers. 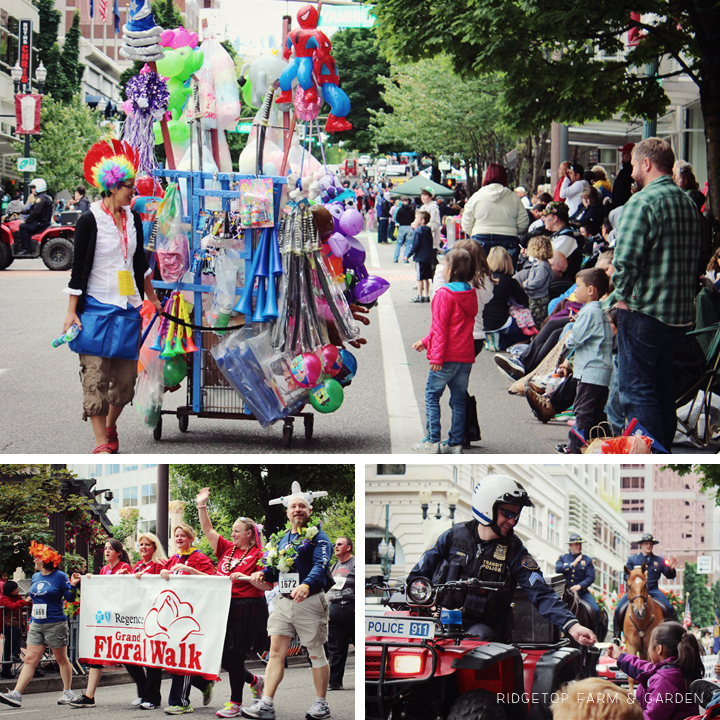 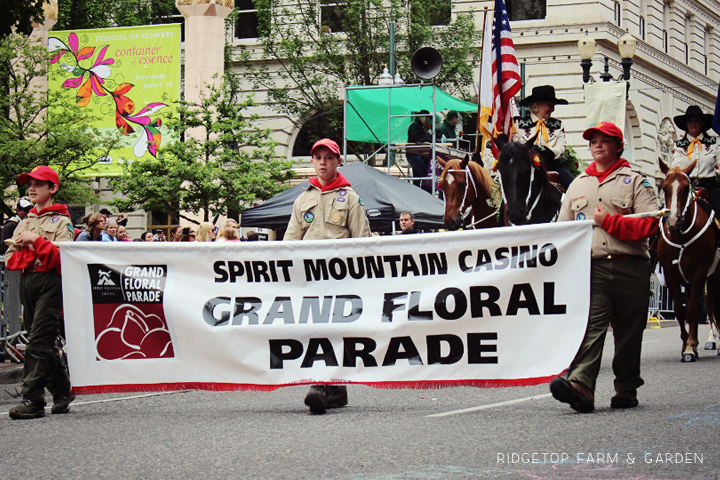 Floats
made from thousands of flowers and other natural materials. They are fantastic! 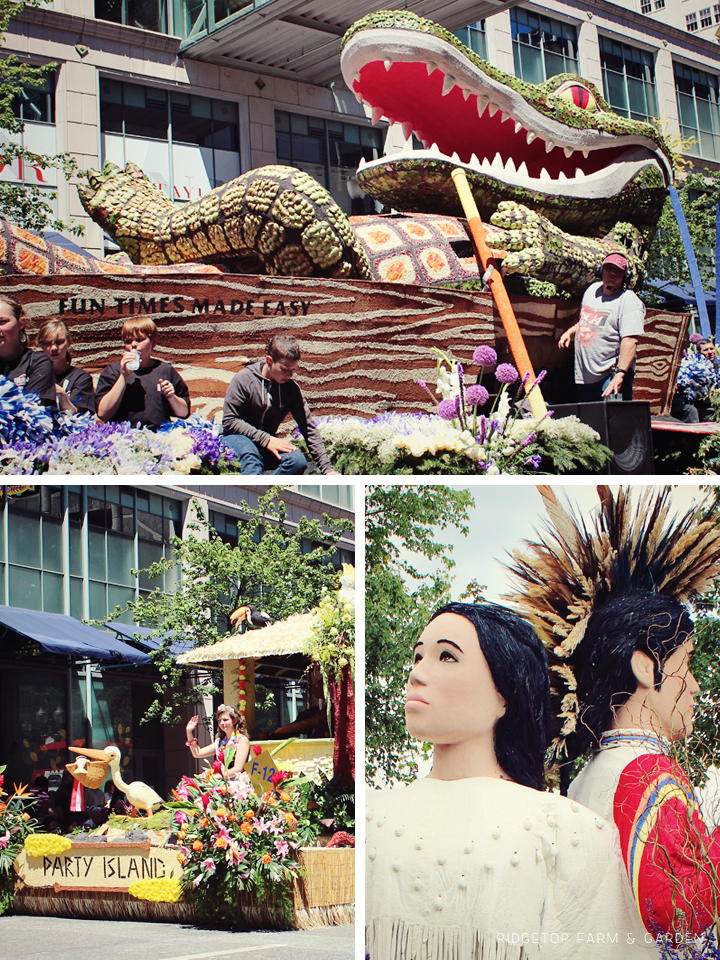 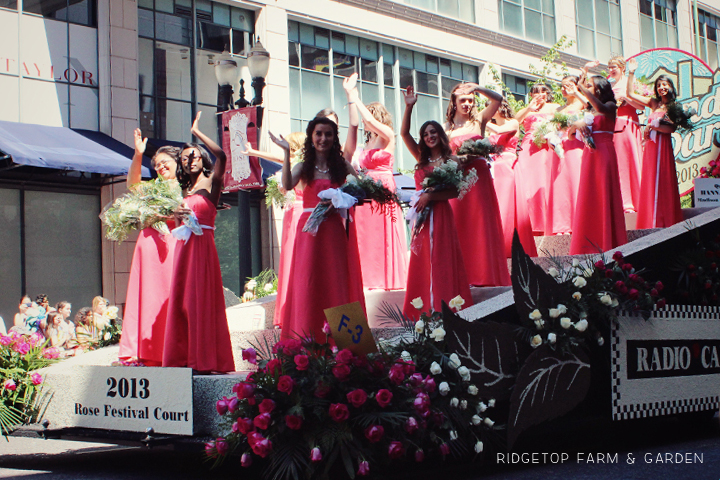 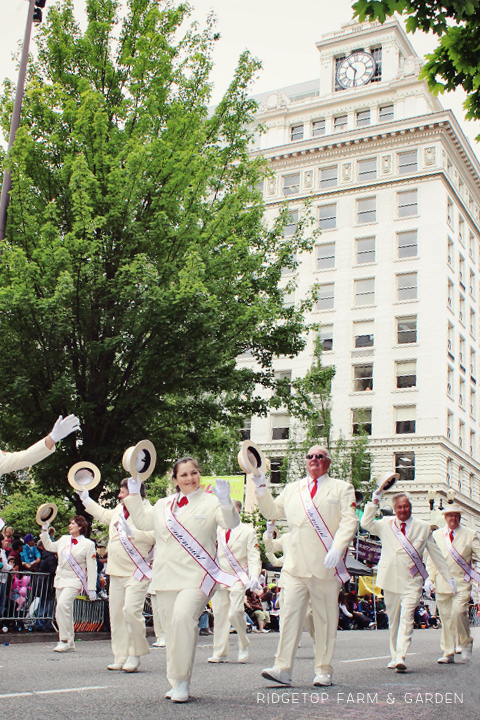 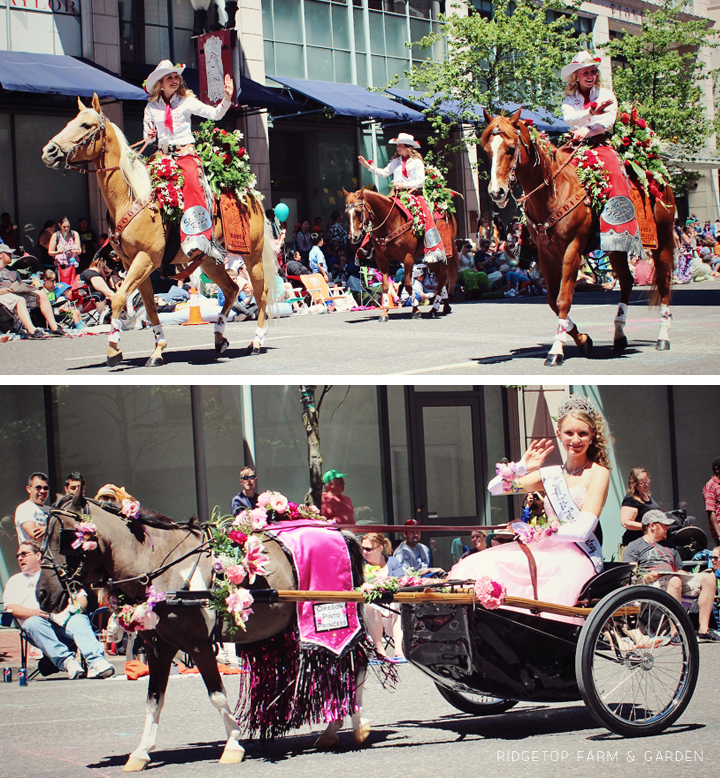 After the horses, come the Pooper Scoopers
It’s always amusing to see the names they come up with. This one is Pooplandia, a spoof on Portlandia. 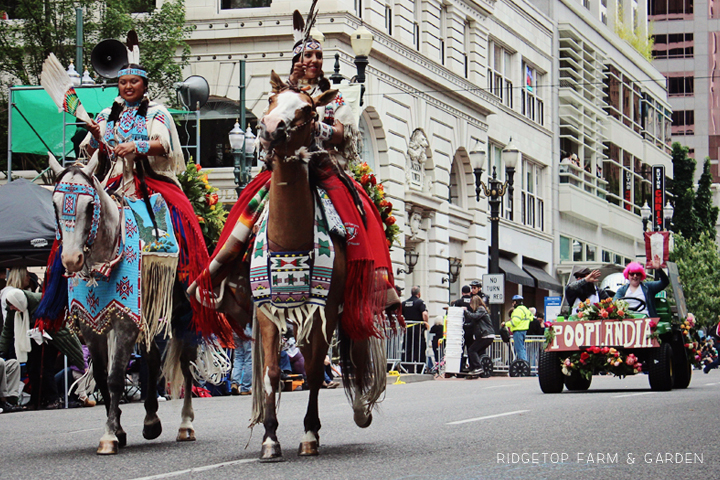 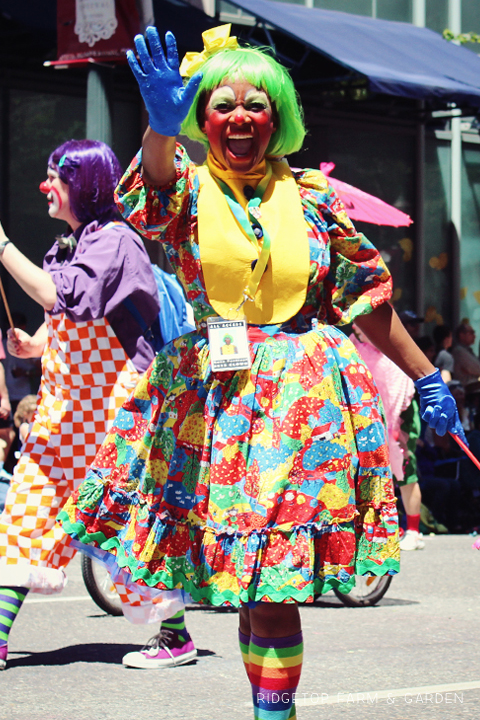 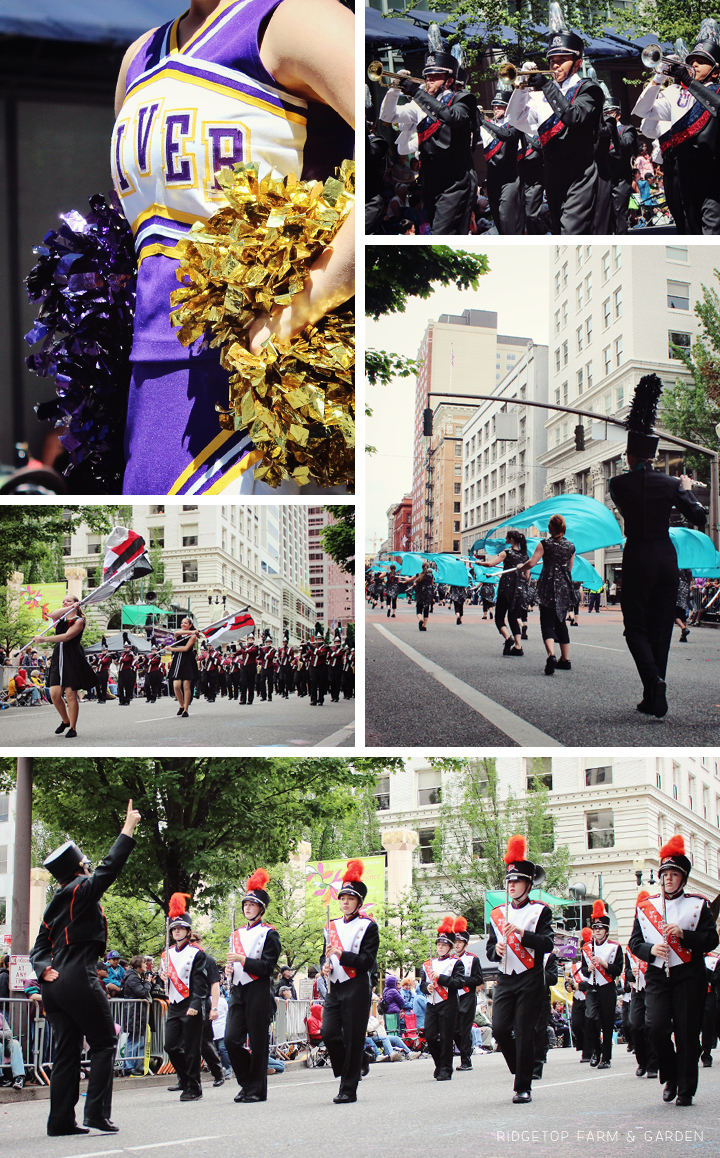 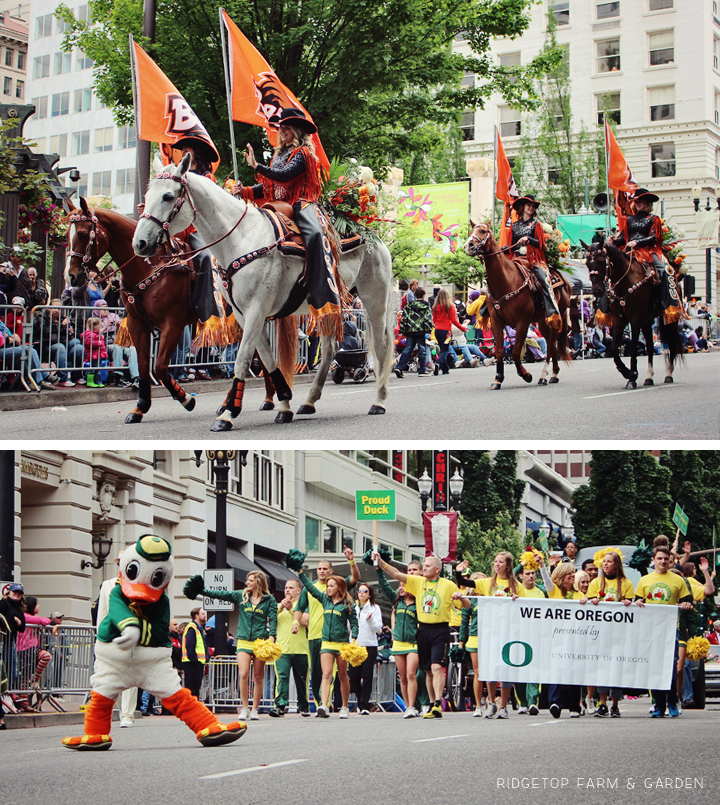 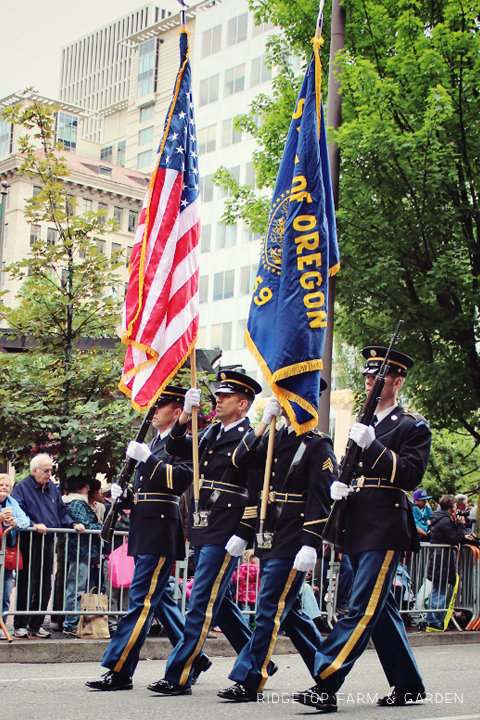 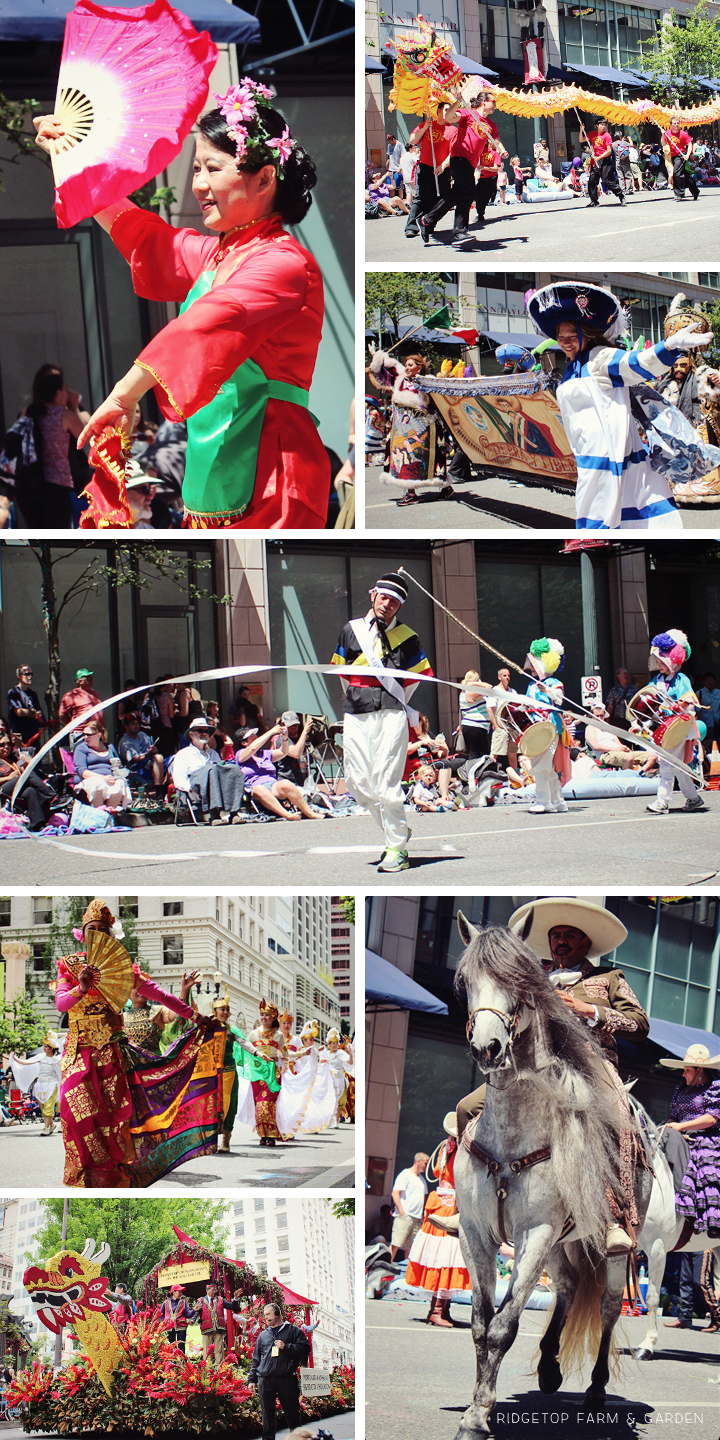 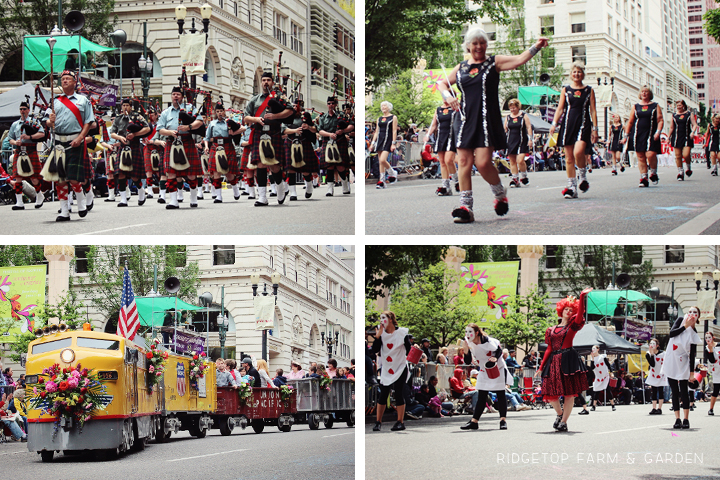 Clean Up
Right after the parade ends, and I mean right after, the street sweepers come through. You have about 30 seconds to get out of their way. 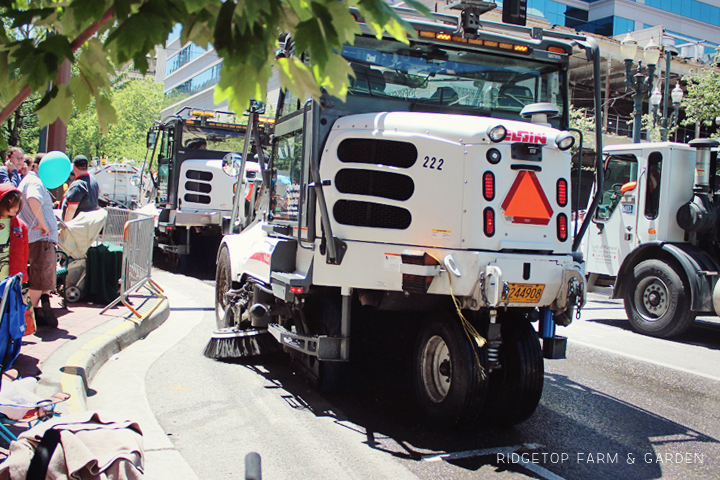 Top: City Fair is a carnival at the waterfront.
Middle Left: Playing in the Salmon Street Springs fountain at Waterfront Park is fun. 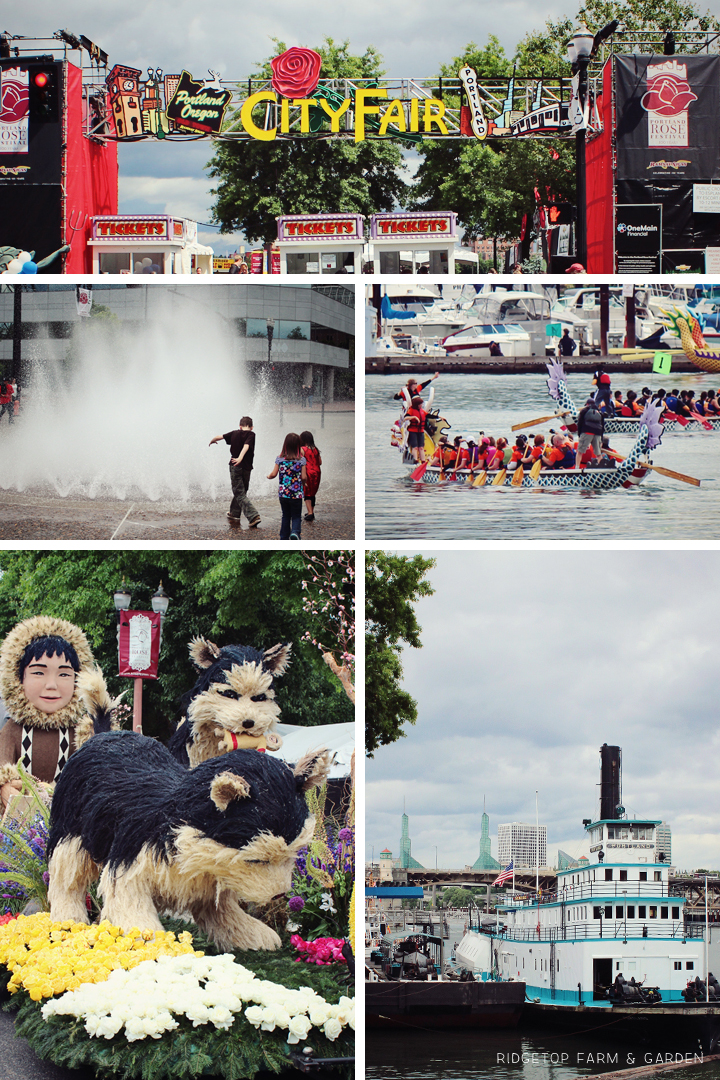 If you’re in the Portland area in June, this parade is a must see.