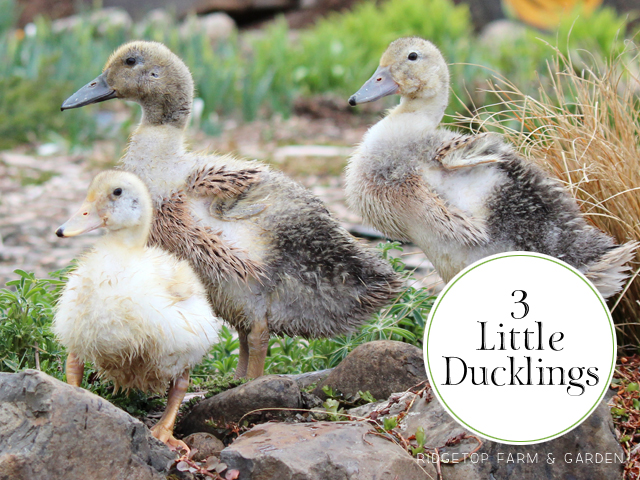 I got ducks!!! I’ve been wanting ducks. But when our chicken population continues to grow & grow, the last thing we need are more feathered friends simply because I want them. The other day Farmer John mentioned how he would like to get a duck that eats slugs. We have Mr. Duck, but he’s not much of a slug eater. The next day I went & found us some ducks… before the hubby changed his mind. They are 4-5 week old Welsh Harlequins & I love them already.

I tried getting an Easter themed photo of the ducks. However, they thought running around quacking was better than standing/sitting still for a pic. Thankfully, I caught this shot mid quack. 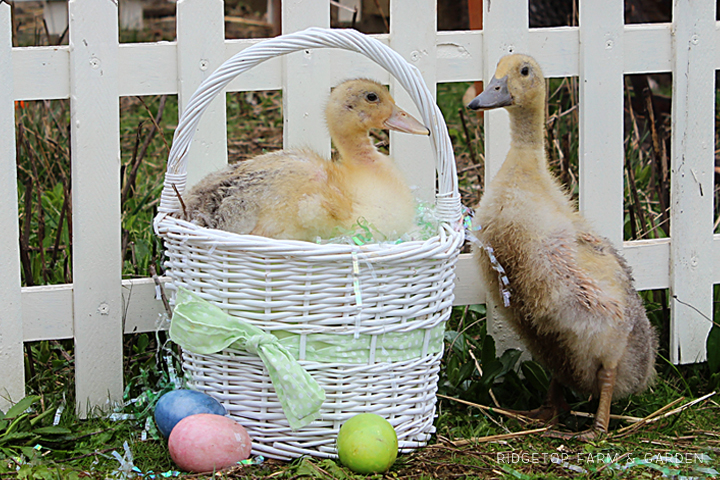 It is such a warm, fuzzy feeling watching the little ducks play in our pond. 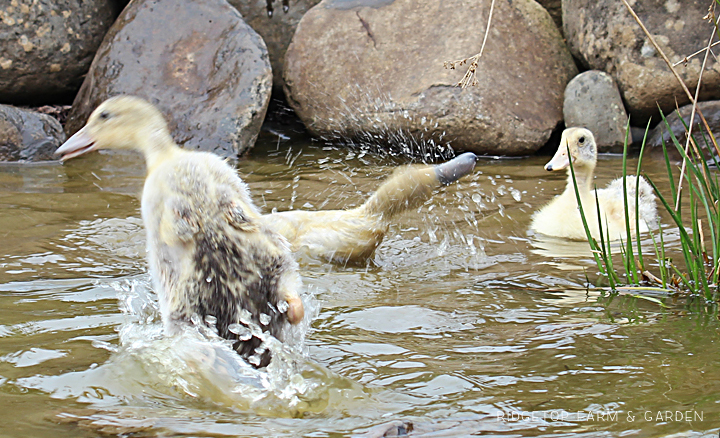 Occasionally they would come out of the pond, but not for long. They kept going back for more. Eventually, I had to tell them play time was over.

This poor little guy must have been the runt. He’s smaller than the other two & has wonky legs. They should not be turned in so he’s stepping on his own foot. Supposedly swimming is good exercise for his legs & will hopefully improve the wonky-ness. 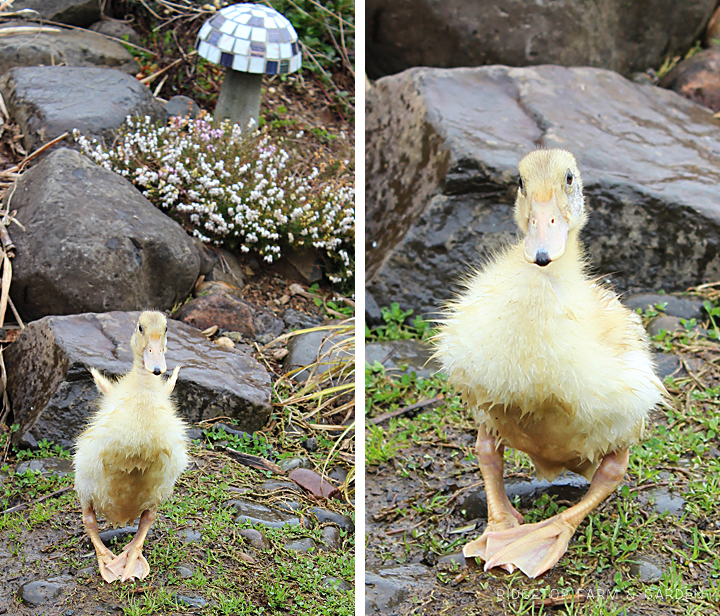