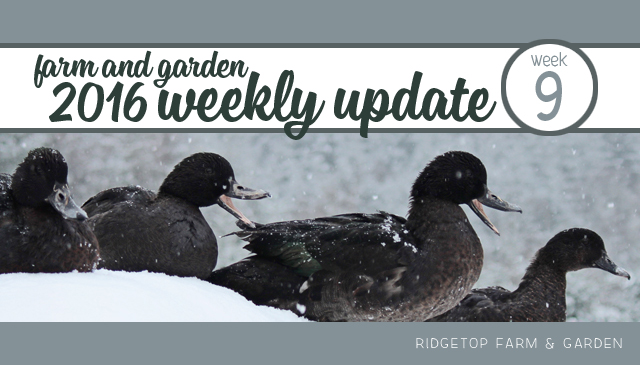 The majority of this week has been spent tending to germinating seeds and starting fodder.

• We’ve been using our dining room table as a germination station. Trays of soil blocks and peat pots set with seeds sit on the table enjoying the warmer temperatures than the garage or greenhouse.

• After germinating the plant moves out to the garage to sit under a metal halide light. This is a cool white light, stronger in blue than red in the light spectrum. This promotes compact, leafy plants as opposed to long, lanky or flowering plants.

• We haven’t moved any of the seedlings to the next stage, yet. But, we will soon. One of the grow beds in the aquaponics system has been cleaned out and is ready for new plants.

• Fodder has been on my list of things to try. We are finally getting around to giving it a whirl. We started a little over a pound of rye and a little over a pound of buckwheat. A couple days later we also started over 2 pounds of barley. Nothing has really started taking off yet, so we are waiting. I think we will most often use barley for our fodder, but I wanted to give other grains a try. 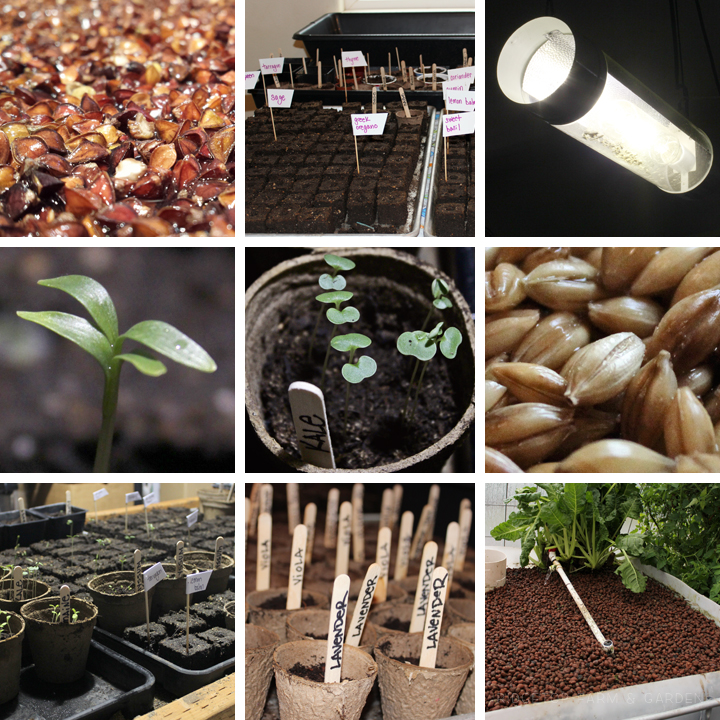 Seeds started over the past few weeks: