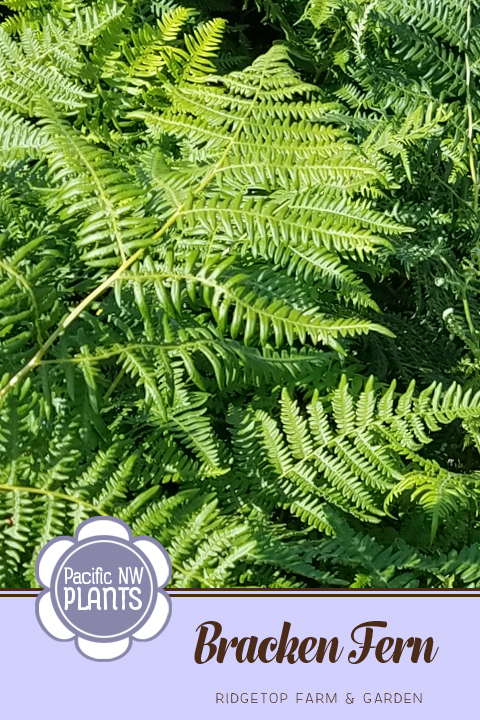 Ferns remind of home – the Pacific Northwest. The Bracken Fern, scientifically known as Pteridium aquilinum, is definitely in abundance around our house. 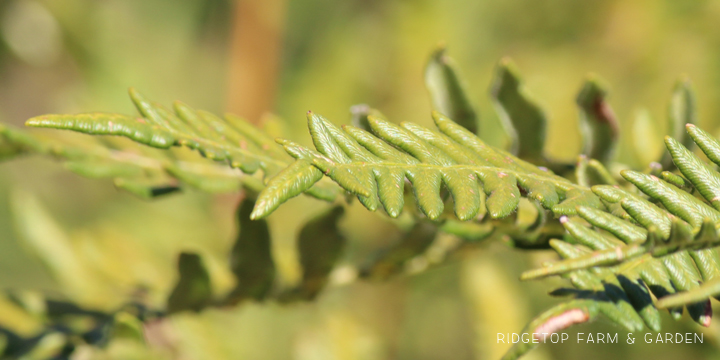 The stalk is green to light brown.

The blade is triangular in shape, being larger at the bottom coming to a point at the top.

The stalk and frond are solitary, but they typically grow in dense groups.

This fern can get quite tall. The majority around our house are about 2 feet tall, but I have seen them taller than Farmer John.

Around our house, the fronds emerge from the ground mid spring. Their frilly greenery decorates the landscape until the fall frost kills the fronds. Their green color turns to brown and they fall over, smothering the small plants trying to grow underneath them. In the spring, the cycle begins again.

CLOSEUP OF THE BLADE
Showing the leaflets (or pinnae), which are primarily opposite.
Each leaflet is then divided into pinnules, which are also opposite, 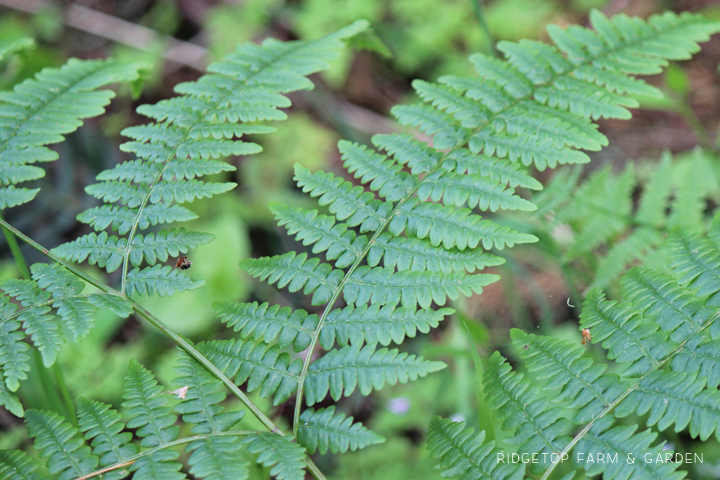 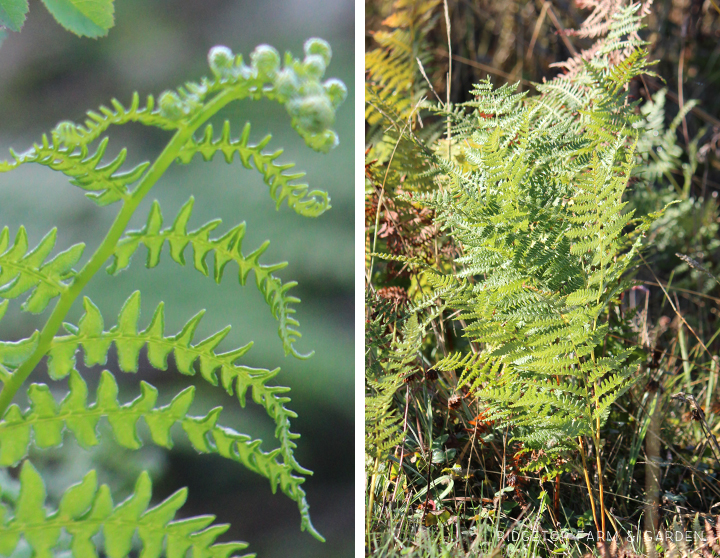 Bracken fern is thought to have been in existence for millions of years. It is found throughout the world, except Antarctica.

It needs sun to thrive. I think of ferns as a shady plant. But, this fern does not appreciate the shade. It grows in the forest, but in the open areas that receive more sun.

The Bracken Fern is a competitive plant, stealing much of the nutrients in the soil, and taking over entire areas. It is one of the most common ferns in the Pacific Northwest. 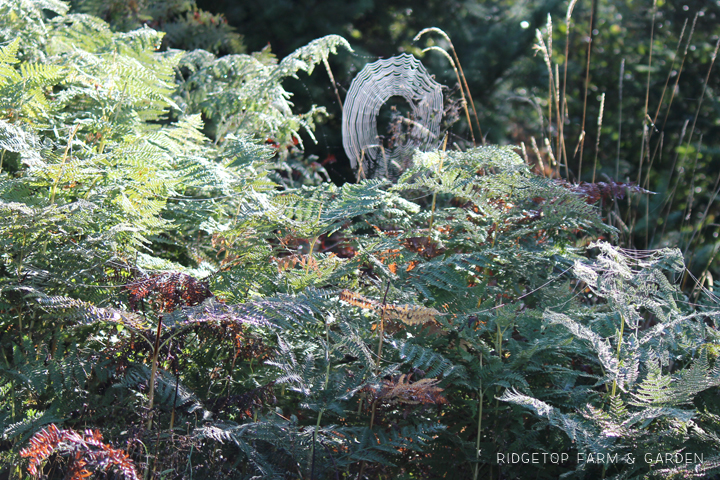 Some say yes. Some say no.

The bracken fern has been linked to causing cancer, particularly stomach cancer.

That being said, many people eat the fronds and/or rhizomes and are still living well today.

Like many ferns, people enjoy eating the fiddleheads of the Bracken Fern. Boiling the young fronds in salt water reduces the carcinogenic material, deeming them safer to eat. This also makes them taste less bitter.

The rhizomes are eaten raw, or powdered to create a starchy fiber, and also used for root tea. Medicinally it has been used to help with stomach cramps, worms, headaches, and bronchitis.

All parts of the Bracken fern are poisonous to livestock, especially horses, cattle, and sheep.

Typically these animals won’t eat the fern. But, if sufficient forage isn’t available or if the fern is mixed in with their hay, they will eat it. After a couple weeks of eating the bracken fern the poisonous affects such as anemia, hemorrhaging, or tumors, will show up, often resulting in death.

Goats are said to be the only livestock that will typically eat Bracken fern.

BRACKEN FERNS CAN GET TALL
It’s a bit difficult to see in these photos, but these ferns along my running trail are taller than me. 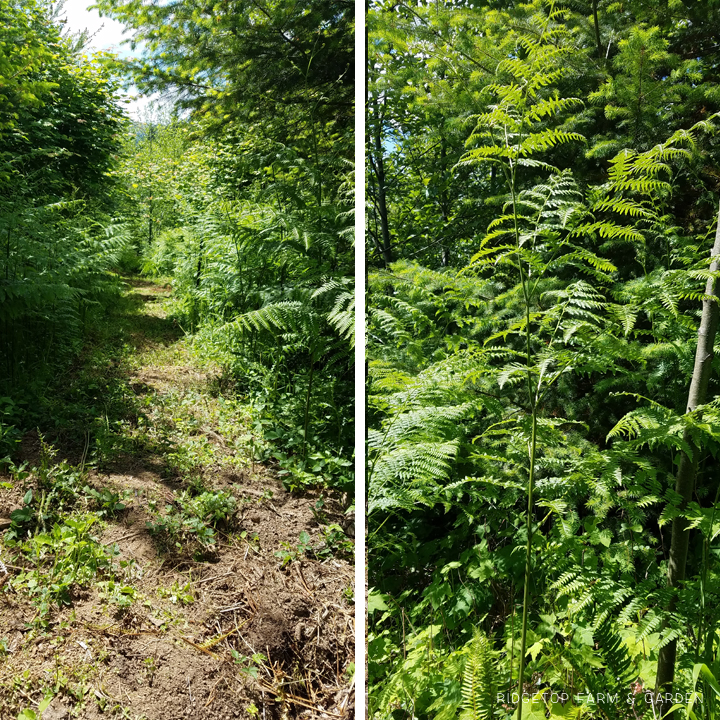 IN MY FLOWERBEDS
These ferns grow like crazy in my flowerbeds. I’m either going to have to get aggressive at getting rid of them, or change my gardens to embrace them. The bracken fern is just too abundant to coincide with the plants I’ve brought in. 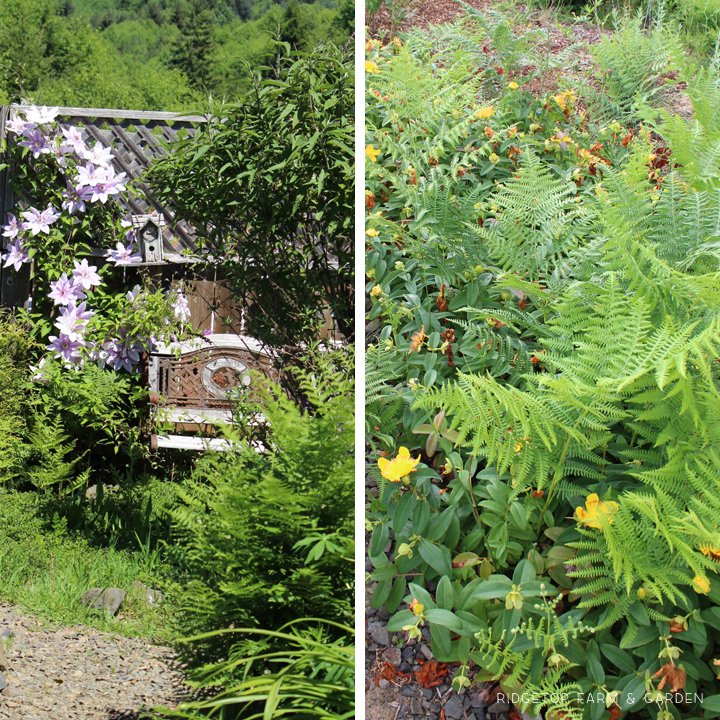 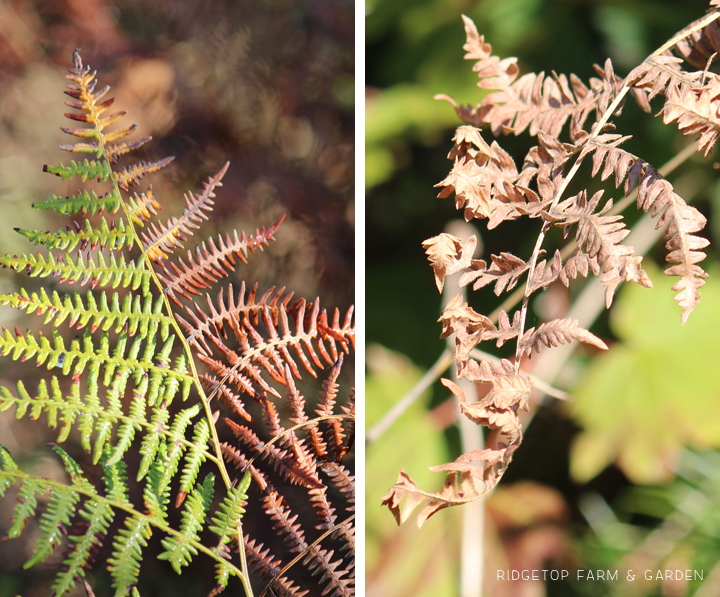 Take a moment to enjoy the Wonderful World of Plants!