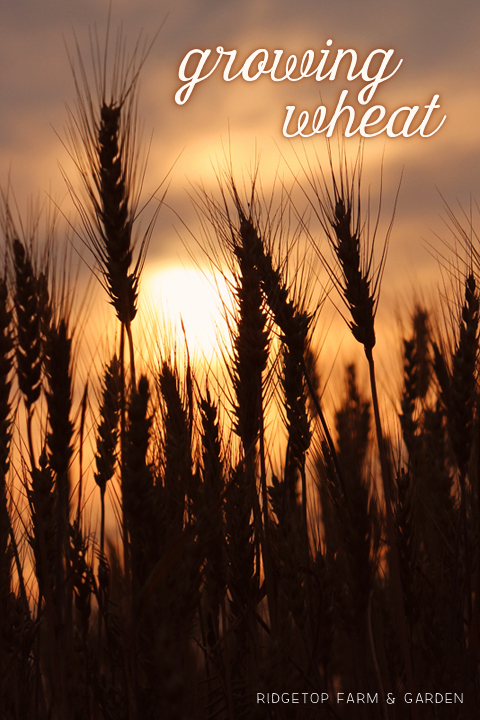 Over the summer, we grew wheat for the first time. It was a fun experience for all of us. 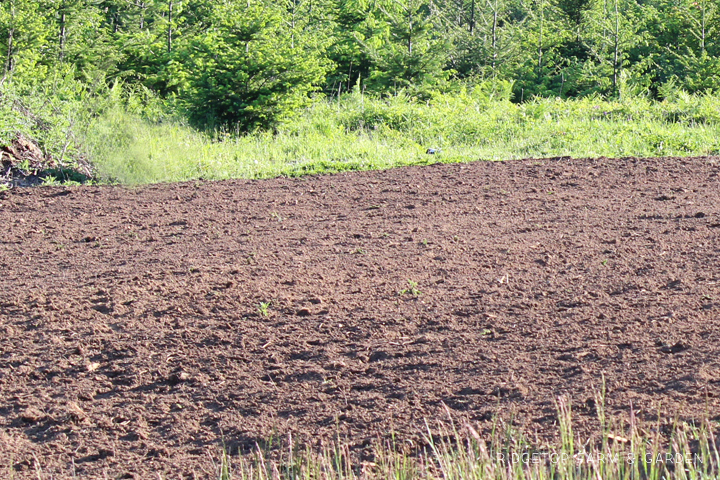 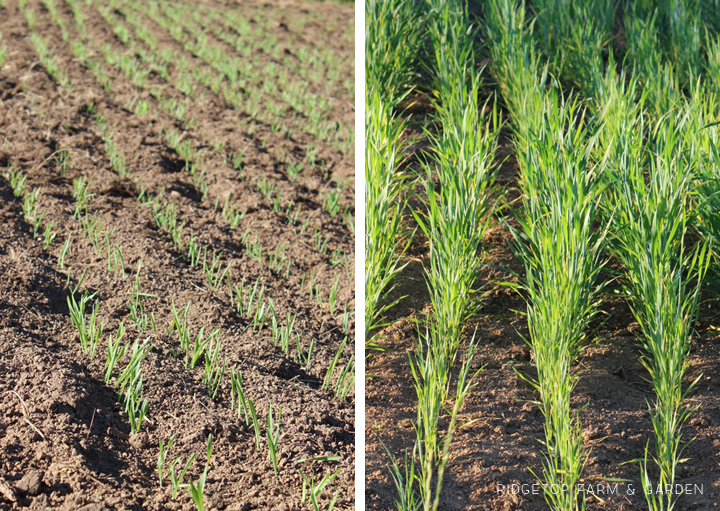 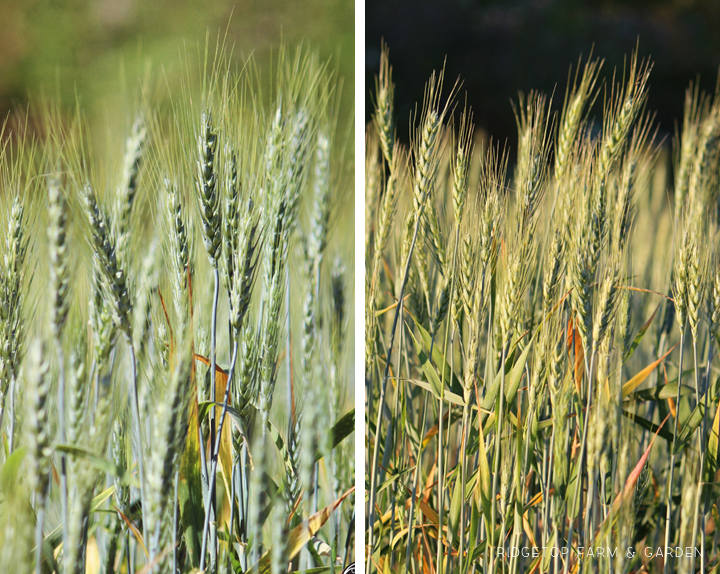 My favorite thing about the wheat was how pretty it was, especially at sunset. 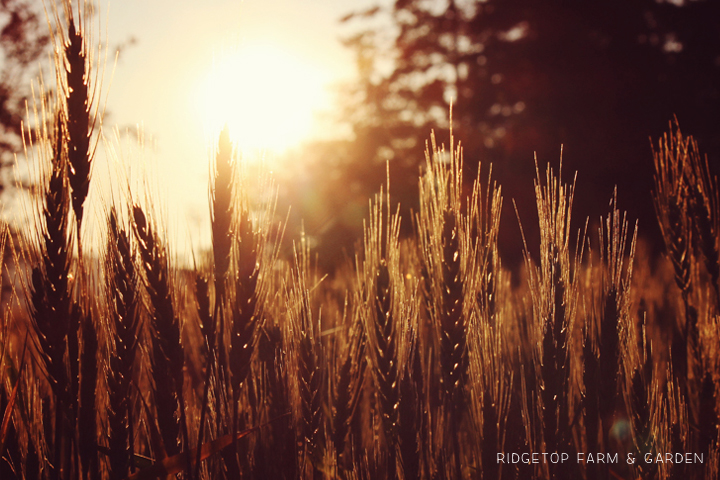 The largest wheat field was over by the coops. The chickens were able to free range in this area. 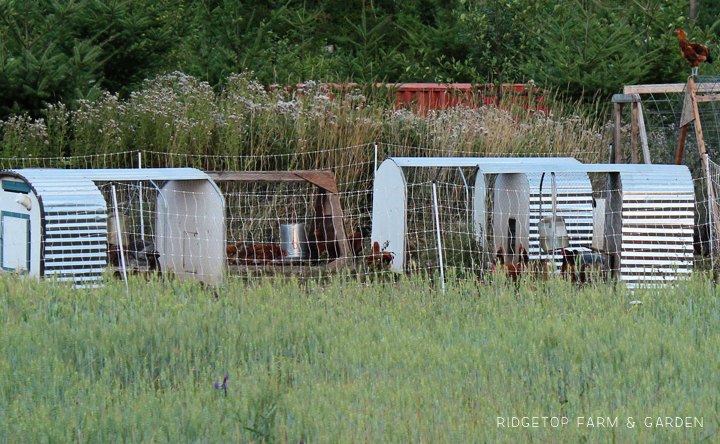 The chickens loved it. By summer’s end, the wheat was gone. 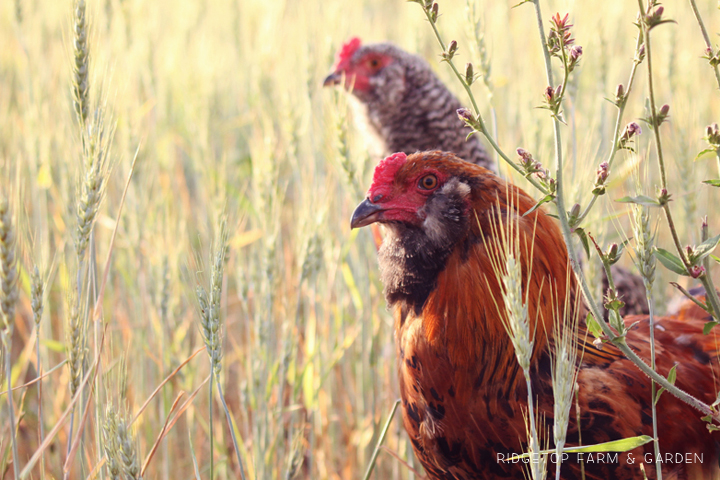 We don’t have special tools or machinery for harvesting wheat. So to reap our harvest, Farmer John used a weed eater. 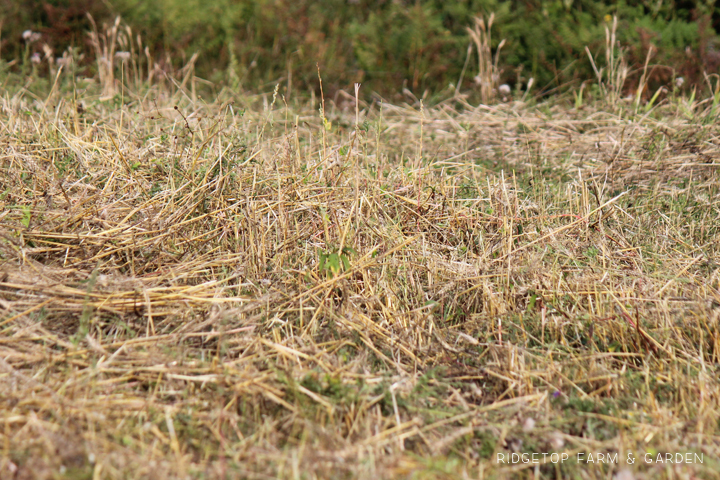 The kids & Farmer John hand picked up the down wheat stalks. Then they threshed the wheat by shaking the seed heads into a garbage can. 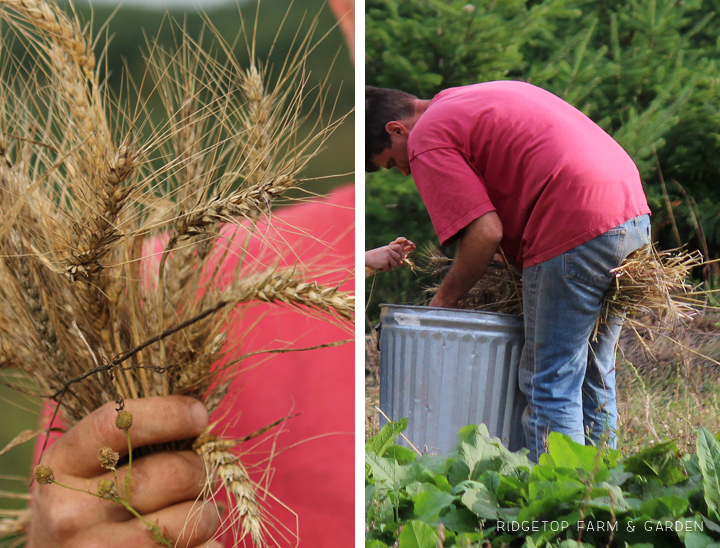 The wheat kernels at the bottom of a garbage can. 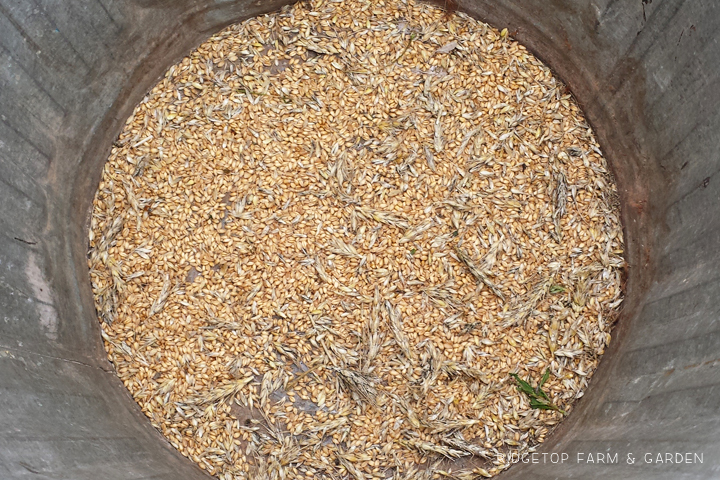 Shaking the wheat into a garbage didn’t do a complete job of removing the inedible chaff. They used a fan to blow away the chaff & the wheat kernels fell back into the garbage can. 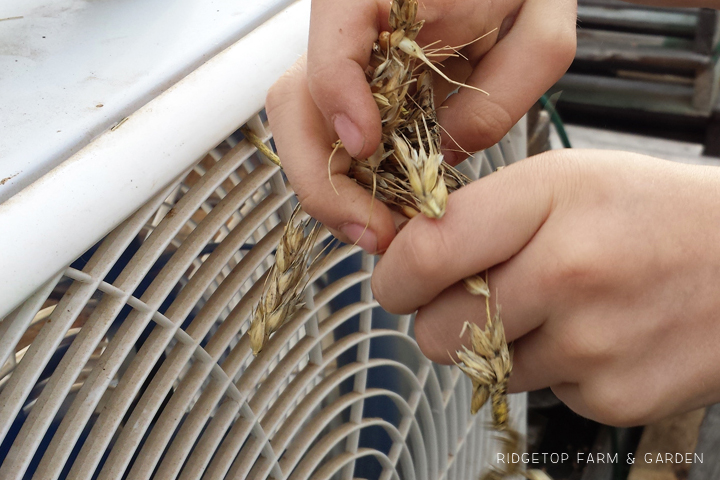 Dumping the wheat & chaff into a bowl for another round of using the fan. 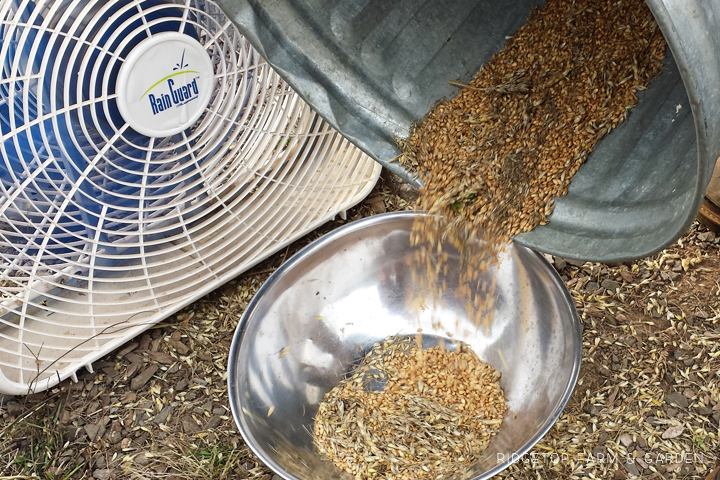 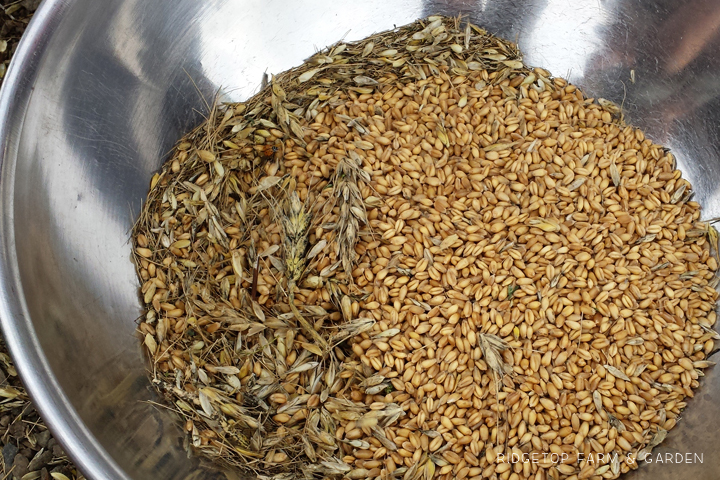 After the final time using the fan, we were left with this. The chaff was picked out & we had a beautiful bowl of wheat. 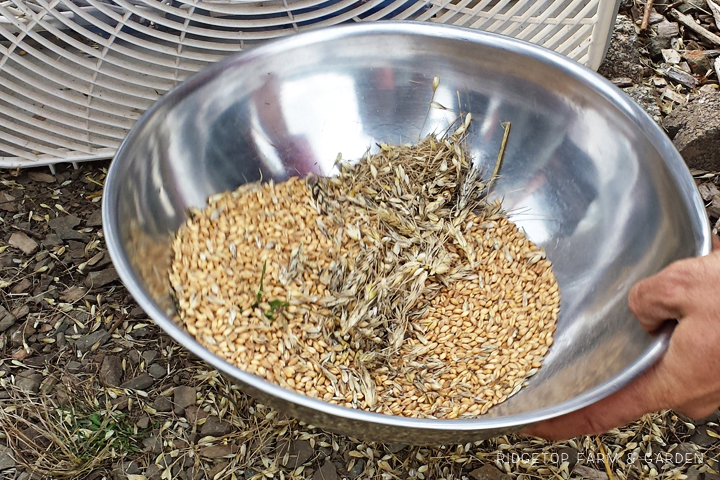 All that work was condensed down to this jar. We don’t have plans for it, so for now it sits on our kitchen counter. Farmer John would like to grind it into flour or we might just feed it to the chickens. 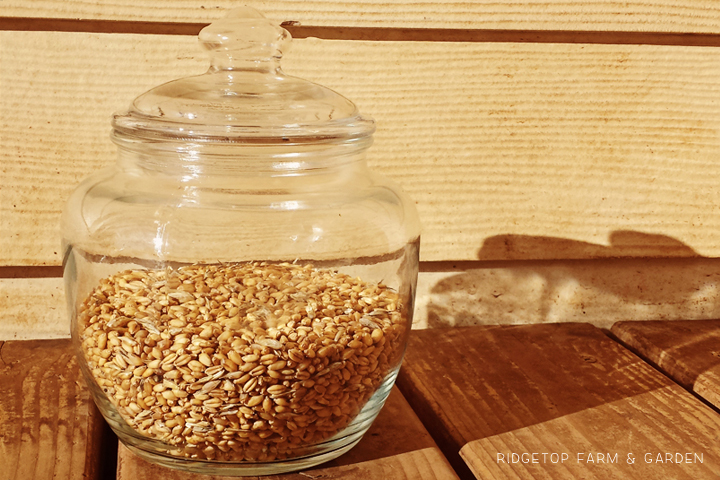 It was fun to go through the complete process of harvesting wheat. It grew very well here & was definitely worth the effort. Letting the chickens free range in the wheat was awesome. It took nearly no work from us. I’m really not sure, though, how much money it saved us in buying feed since we still had to buy feed for other chickens. Hand harvesting the wheat took too much time to be worth the effort, but was a great experience for everyone. I even bet Farmer John would like to harvest it again some time.