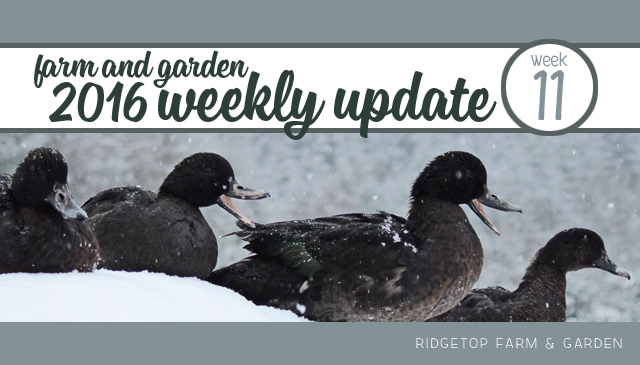 • Well, the fodder experiment was a flop.

• Buckwheat Seed: Only a handful of seeds sprouted

• Rye Grass Seed: It sprouted ok. It seemed like much of the seed didn’t sprout, though. And, it took longer than I was expecting to grow.

• I fed it all to the chickens. They loved it.

• Many of the flower, herb, veggie and fruit seeds I started are doing well. The ones moved into an aquaponics grow bed seem especially happy.

• The deer are back at munchin’ on the day lilies.

• It’s been a wet, dreary winter. But, finally we have some flowers showing spring color.

• Just like that, in the matter of one week, we are down to one duck. We believe a coyote (and maybe his buddies) are to blame. We saw a coyote one morning, have heard them a couple times, and caught one on the game camera. There hasn’t been evidence of anything else lurking about. It is amazing to me how quickly 11 ducks disappeared. Occasionally a random duck or chicken becomes coyote or bobcat dinner. But, never have we had so many in such a short span of time. The one lone duck to survive is the welsh harlequin who has been hiding and sitting on unfertile eggs. We moved her to a chicken coop and she doesn’t seem to thrilled with her new home. 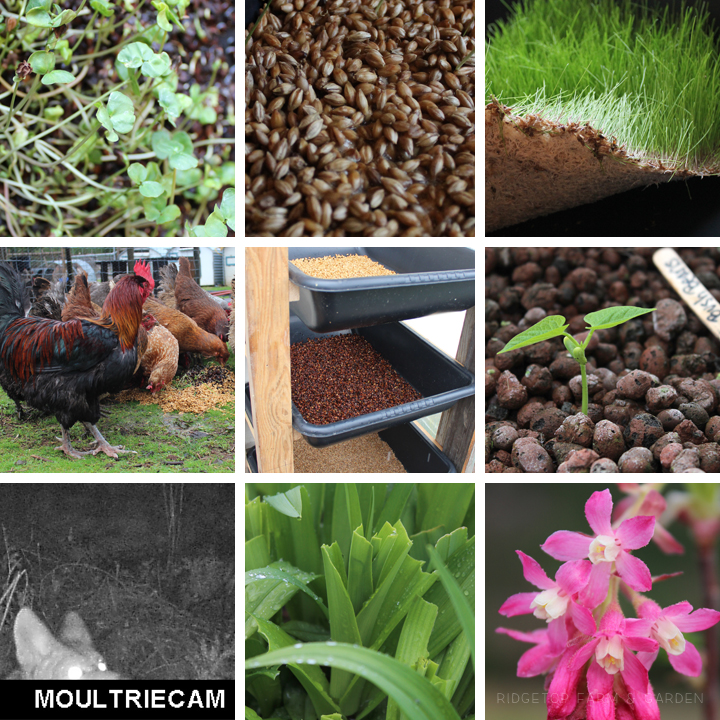