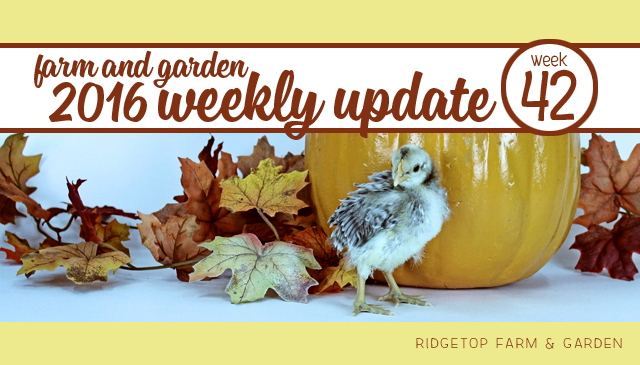 • So many wild birds. Not sure if they’re passing through or if they’re here to stay throughout winter.
• Vern ♥
• Smoked tilapia on the treager. So good!
• Farm Kid2 added tires in the field for the goats to play on.
• Last week our dog got in a scuffle with a porcupine. On Sunday, the kids saw the porcupine in our yard. Such a cute little fella, but he didn’t do our dog any favors.
• Farmer John used a net to catch a couple tilapia. In the net were fish eggs! This is a first for us. Now that he disturbed them, I’m not sure they’ll make it. But, now we now it’s possible and to keep an eye out for them.
• I’ve been collecting the goat’s milk and leaving it in the fridge. I made something with it for the first time – Cheddar Broccoli Soup. It didn’t turn out perfect, but it tastes fine.
• We were supposed to get a crazy storm this last weekend. Thankfully, it didn’t end up being as crazy as predicted. We had a bunch of things blown around and a lot of rain. Not too bad.
• There is drama in the barnyard. Sven, who has always thought he was top goat ’round here, has been put in his place by Willow. Sven, Willow, and Vern are all scared of the ornery rooster that lives with them. When its feeding time, he pecks them all on the nose. Apparently he is not good at sharing. I haven’t decided the best plan of action to remedy the situation, but we should fix it soon before a goat gets hurt. 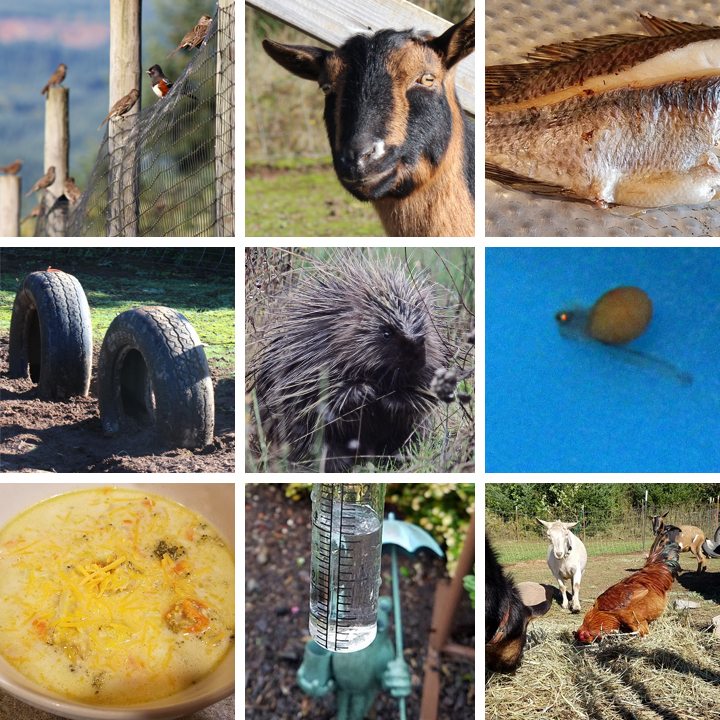