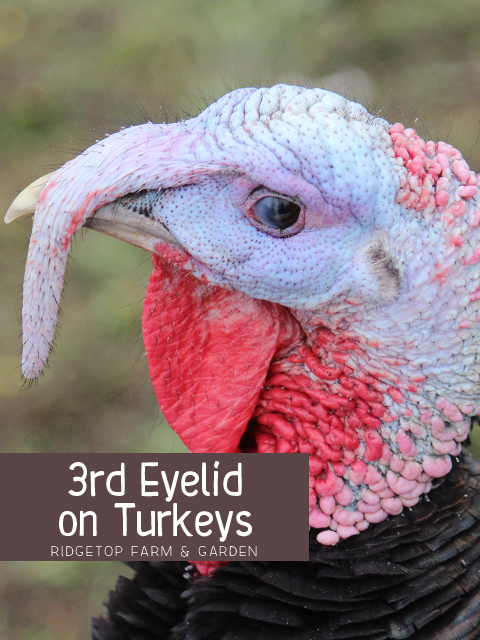 Like many birds (including chickens), turkeys have a third eyelid called a nictitating membrane. This eyelid is used to moisten the eye & clear out debris.

We generally see the 2 eyelids that move up & down to meet in the middle. 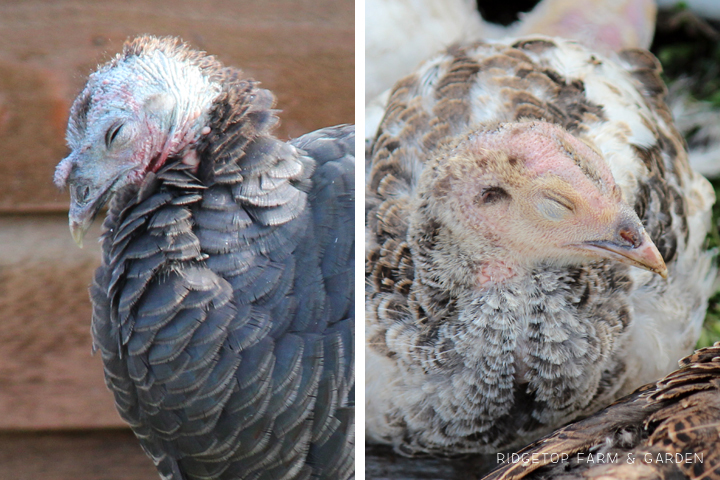 However, turkeys also have a third eyelid. It is nearly transparent, but can be seen. In this turkey pic the nictitating membrane is almost half way across the eye. 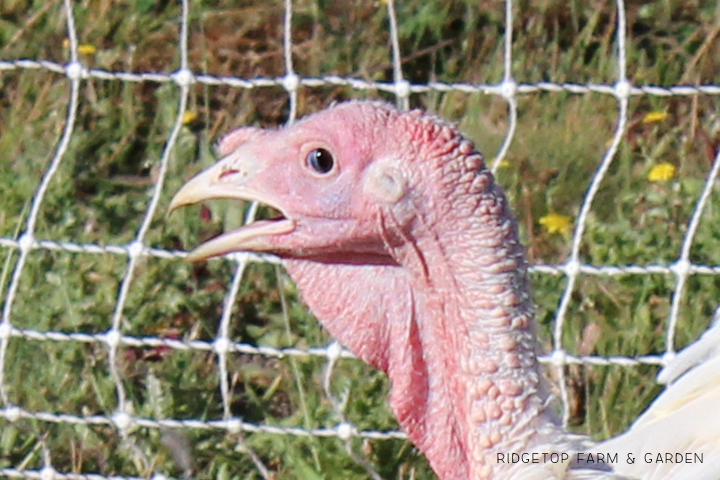 In the photo on the left, the nictitating membrane is fully across this eye, making it appear hazy. It’s always such a bummer when I get a great turkey or chicken pic, but the eyes are hazy. They’re slightly creepy looking. Totally normal, but still weird.

The photo on the right is the same turkey as the left photo, but I snapped the pic just a second later. The third eyelid is not visible. And, not quite so creepy. 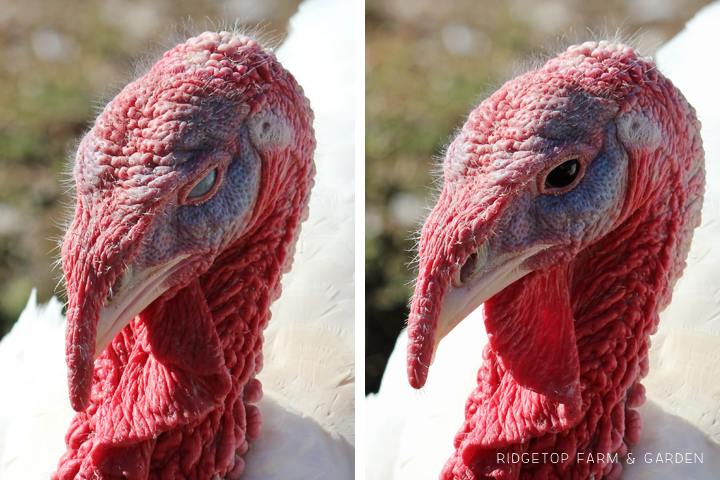 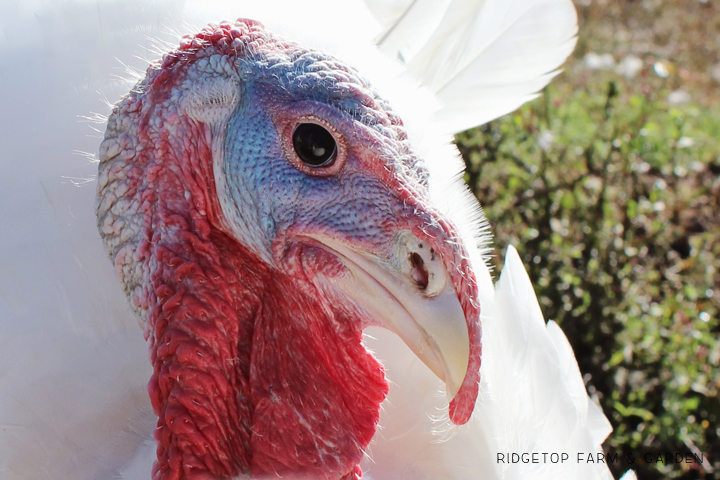